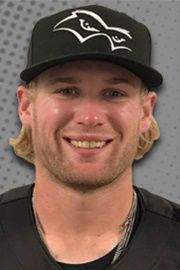 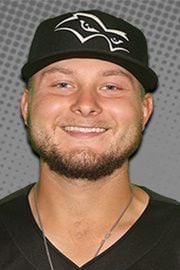 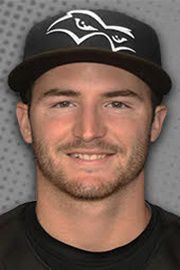 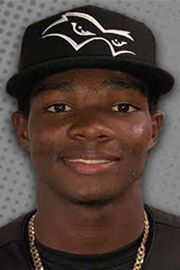 The River Bandits counted four doubles among 13 hits and swiped five bases on their way to a 9-3 Midwest League victory a series win over the Kernels.

“Ruppenthal threw as well as he has this season and it was good to see us accomplish some good things at the plate,’’ QC manager Ray Hernandez said. “It was a good effort all the way around.’’

That started on the mound, where Ruppenthal allowed just three hits over seven shutout innings of work in the longest of the 38 outings during his three-year professional career.

Ruppenthal, a 17th-round draft pick of the Astros in 2017 out of Vanderbilt, threw 55 strikes among his 91 pitches while facing the minimum four times.

The 6-foot-4 right hander struck out five Kernels and walked just a pair before exiting with a 9-0 lead.

“That was one of Ruppenthal’s better outings,’’ Hernandez said. “He got ahead and was in control. His curveball was effective and he just looked comfortable out there.’’

QC bunched together multiple hits in four of the first six innings to earn its third win in the four-game series against a Cedar Rapids team the River Bandits will meet in the opening round of postseason play beginning Sept. 4.

A three-run fifth inning not only allowed QC to break the game open, but also chased Kernels starter Kody Funderburk from the game.

The lefthander gave up six runs on seven hits over 4.1 innings of work. He exited trailing 4-0 after Grae Kessinger slid safely around the tag of catcher Trevor Casanova on a chopper to shortstop off the bat of Austin Dennis.

Zach Biermann greeted reliever J.T. Perez with a two-run single to left which left the Kernels in a 6-0 hole, a margin which reached 9-0 an inning later when Dennis cleared loaded bases with a two-out double that rolled into the right field corner to give him a season-best four RBI.

Biermann also scored the River Bandits’ first run of the game after doubling in the second inning.

He crossed when AJ Lee drove a two-out single to left, collecting his first RBI at the full-season level as a professional to give QC a lead it would not relinquish.

Freudis Nova opened the third inning with the first of his four hits and Wilyer Abreu followed with a double to position the River Bandits to use a sacrifice fly by Alex McKenna and a run-scoring single by Kessinger to take a 3-0 advantage after three.

The Kernels scored a run in the eighth to deny QC a chance to add to its minor-league best collection of 19 shutouts.

Daniel Ozoria scored Cedar Rapids’ first run, reaching on a leadoff single off of reliever Joey Gonzalez and advancing to third on an errant pickoff attempt before scoring a Spencer Steer groundout.

Gonzalez allowed two more runs in the ninth on a Jared Akins’ 11th home run of the season.

On the run: QC stole five bases in Tuesday’s series finale against Cedar Rapids, including a pair by Austin Dennis which gives the River Bandits outfielder 21 in 28 attempts this season.

With his first steal of the game in the third inning, Dennis became the first QC player to swipe 20 bases in a season since Daz Cameron took 32 in 44 attempts over 120 games during the 2017 season before he was traded to the Tigers.

On the mend: Rehabbing Minnesota Twins outfielder LaMonte Wade Jr. went 0-for-4 with a walk at the plate Tuesday in his fourth start for Cedar Rapids.

Wade, working his way back from a dislocated finger suffered in a collision with the Target Field outfield wall during a July 6 game against Texas, went 2-for-15 with two singles and three walks in his four games against QC pitching.

Watch now: Packers QB Aaron Rodgers on 'I own you' celebration vs. Bears

Watch now: Justin Fields finds there's no such thing as a free play

Watch now: Justin Fields finds there's no such thing as a free play