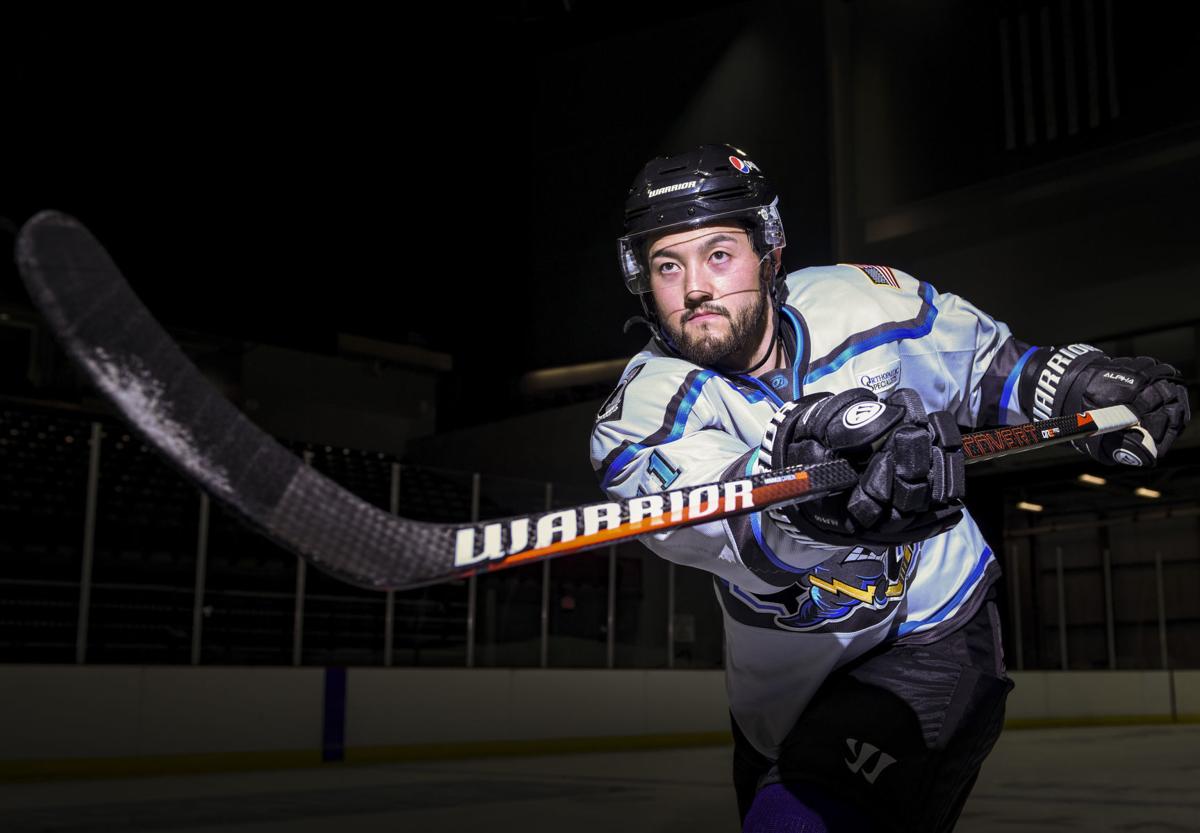 Quad City Storm captain Dean Yakura is the second-oldest player in the SPHL this season. He brings a lot of experience and leadership to the second-year club. 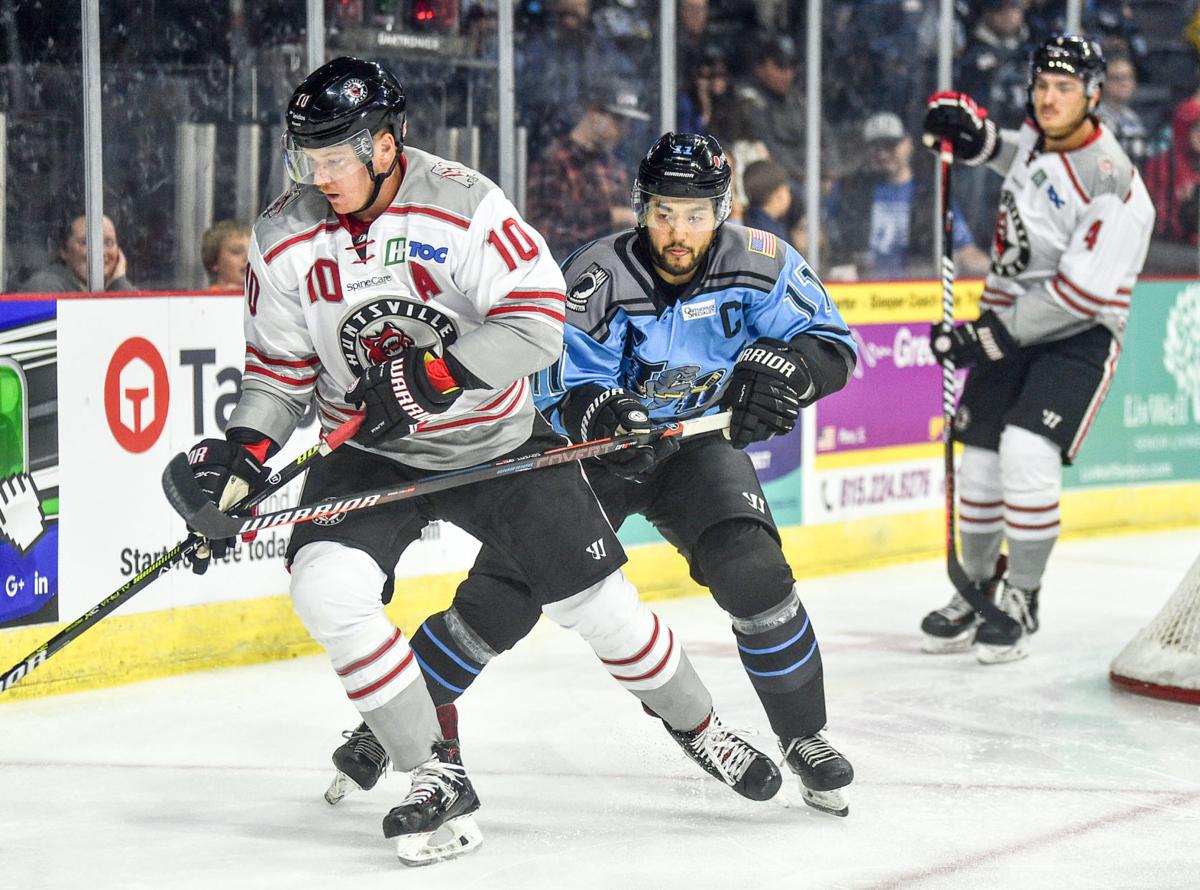 Huntsville Havoc's Nolan Kaiser (10) and the Quad City Storm's Dean Yakura (11) chase down the puck during the Storm's home opener Friday at the TaxSlayer Center in Moline. 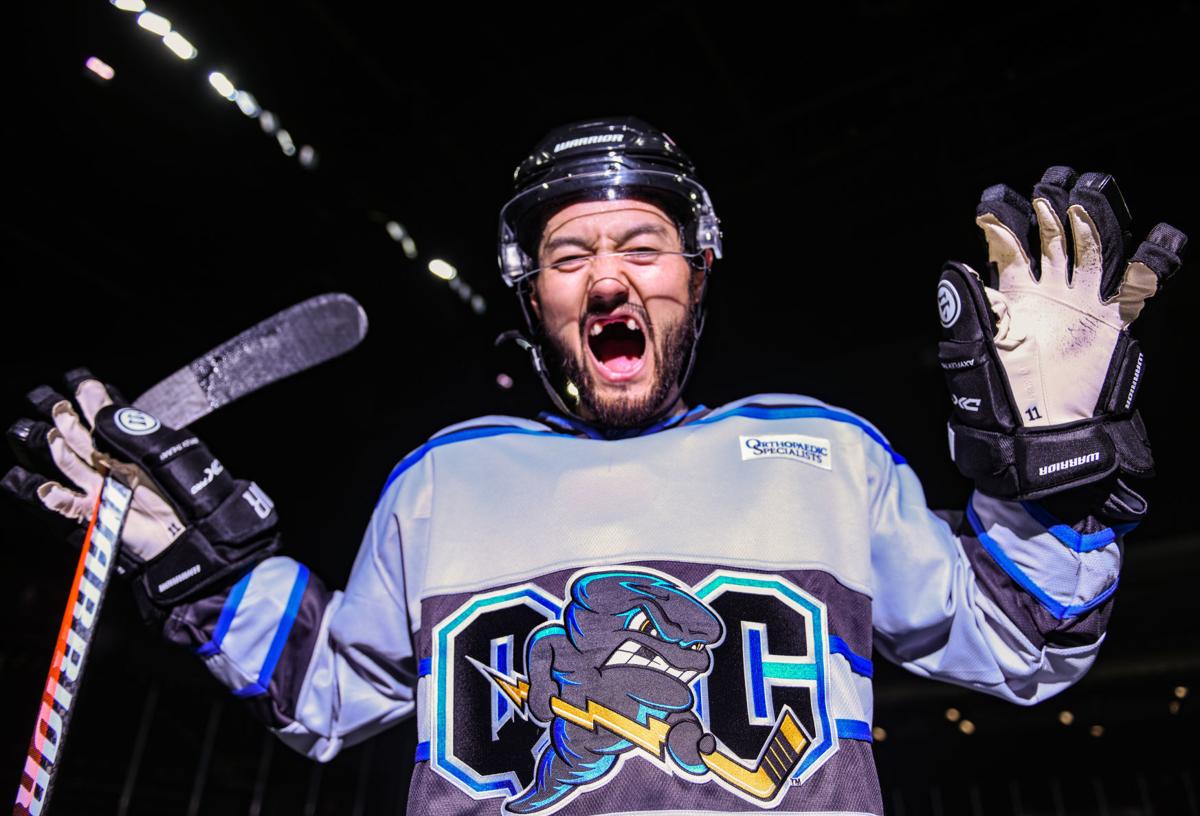 MOLINE — Dean Yakura has been something of a journeyman in his hockey career.

In his first nine years as a professional, Yakura played with 13 different teams in 12 cities. He jumped between four leagues, including spending one season in Japan.

He might have found a home in the Quad-Cities as he opens this season as the newest captain of the Quad City Storm.

"I know it is a privilege and a huge honor," Yakura said. "I know I have my values, really emphasize work ethic and doing the right things just day in and day out."

It's not the first time Yakura has been a captain, wearing the 'C' for two seasons with the Danbury Titans in the Federal Hockey League. At 34, Yakura is the second oldest player in the league, only behind Knoxville's Jason Price, and he's looking to help with the growth of the younger Storm players.

"Leadership is nothing new to me, but it’s something I take very seriously. I’ve learned a lot playing under some good leaders throughout my career," Yakura said. "I think, going into your 10th season, you have the good fortune of playing with a lot of good players, especially at the higher levels, the guys who have been around, and I really looked to learn from those guys and utilize that and help everyone here maximize their potential."

This time last year, Yakura never thought he'd be in this position. He was playing for QC rival Peoria, helping the Rivermen jump atop the league standings and prime themselves for a playoff run.

However, Yakura didn't end up being part of Peoria's postseason plans, traded to the Storm in February. Suddenly, he went from being on the league's top team to one in its first year of expansion, destined to finish ninth and miss the playoffs.

"I will say it was definitely a challenging transition, just coming from a team that was really building to win a championship," he said. "I felt like I was going to be a big part of that team and to be traded around the deadline when the team was building up for the playoffs, it was definitely disappointing. But ... it’s always nice to be wanted.

"What made it tough was knowing you probably weren’t going to get into the playoffs, but you still want to come in every day and work hard, and the guys were all great to me coming in."

Yakura didn't let the move affect his demeanor, and quickly made a mark on the Storm, earning a role as an assistant captain by the end of the season.

"Dean’s a professional through and through, on the ice, off the ice," Storm coach Dave Pszenyczny said. "He’s only a few months younger than me, so it’s nice to be able to bounce ideas off of me, and he’s not afraid to go against me and I like that. I understand I’m the coach, but getting feedback from players I can trust like him is only going to make our team better at the end of the day."

This offseason, Yakura returned to the Storm, eager to help them build on last year and hopefully become one of the better teams in the league. They've showed signs of improvement early, taking Peoria to overtime in the season opener and then splitting a pair of games with defending champion Huntsville last week.

They get to build on that with two games against league runner-up Birmingham this week.

"The mood in the room is confident, a night-and-day difference, so you expect things to be very positive," Yakura said. "Everyone is on the same page, we’re here to win a championship. It’s not like the NHL where you need, two, three, four years to build a core group to develop success. All you need is a few more pieces and you can really turn things around quickly."

After the trade last year, Pszenyczny made it clear he wanted Yakura back, which was another factor in his return.

"He wants stability," Pszenyczny said. "Bounced around a lot throughout his career so for him, it just goes back to the way things are run here. He knows what he’s going to get from (assistant coach Jake Toporowski) and I, and he knows he’s going to be taken care of off the ice."

Having bounced around so much, Yakura hasn't played more than 50 games with a team since the 2015-16 season with Danbury. In that year, he had 25 goals and 58 assists in 56 games, and Pszenyczny thinks that with some stability, Yakura could flourish once again.

Since joining the Storm, he has 21 points in 26 games, including three in his first three this season. So it might not be a stretch to envision a big year for the new Storm captain.

"I don't ever have to worry about him," Pszenyczny said. "He's a very intelligent player, he understands it. ... He's going to take that next step in his career, being a guy you can rely on, not just in the defensive zone, but also offensively."

The Quad City Storm added goaltender Ryan Mulder to their roster Wednesday after Mulder was released by the ECHL's Wichita Thunder.

Mulder spent two weeks with the Thunder but did not see any playing time. Last year with the Storm, Mulder played in 14 games, going 3-8-2 with a 4.25 goals against average and an .890 save percentage.

Mother Nature certainly delivered a dastardly trick in the form of snow, wind and cold. It's certainly a trick that will send chills down the …

Quad City Storm captain Dean Yakura is the second-oldest player in the SPHL this season. He brings a lot of experience and leadership to the second-year club.

Huntsville Havoc's Nolan Kaiser (10) and the Quad City Storm's Dean Yakura (11) chase down the puck during the Storm's home opener Friday at the TaxSlayer Center in Moline.