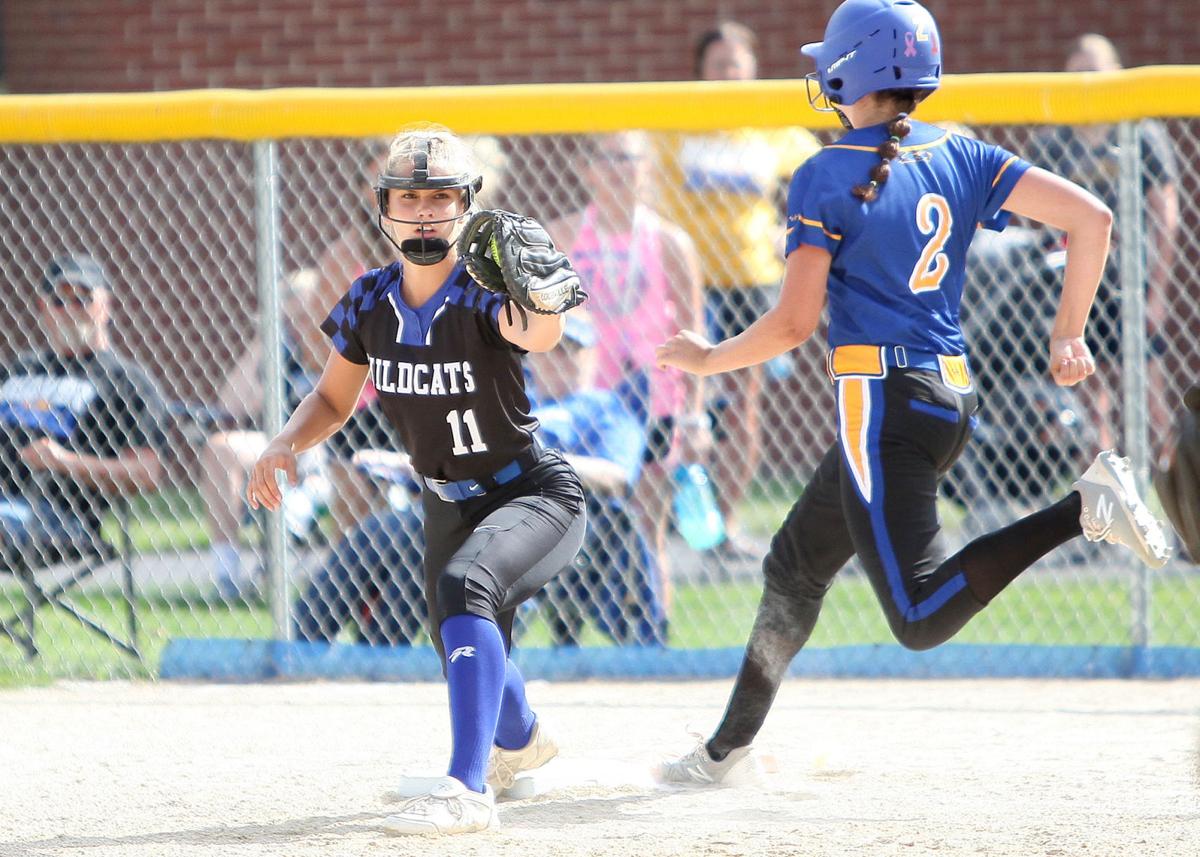 Wilton’s Ella Caffery can't beat the throw to first as Durant's Halle Collier makes the catch to force her out during the second inning of the teams' game in Durant on Tuesday. The Wildcats won the game 7-0. 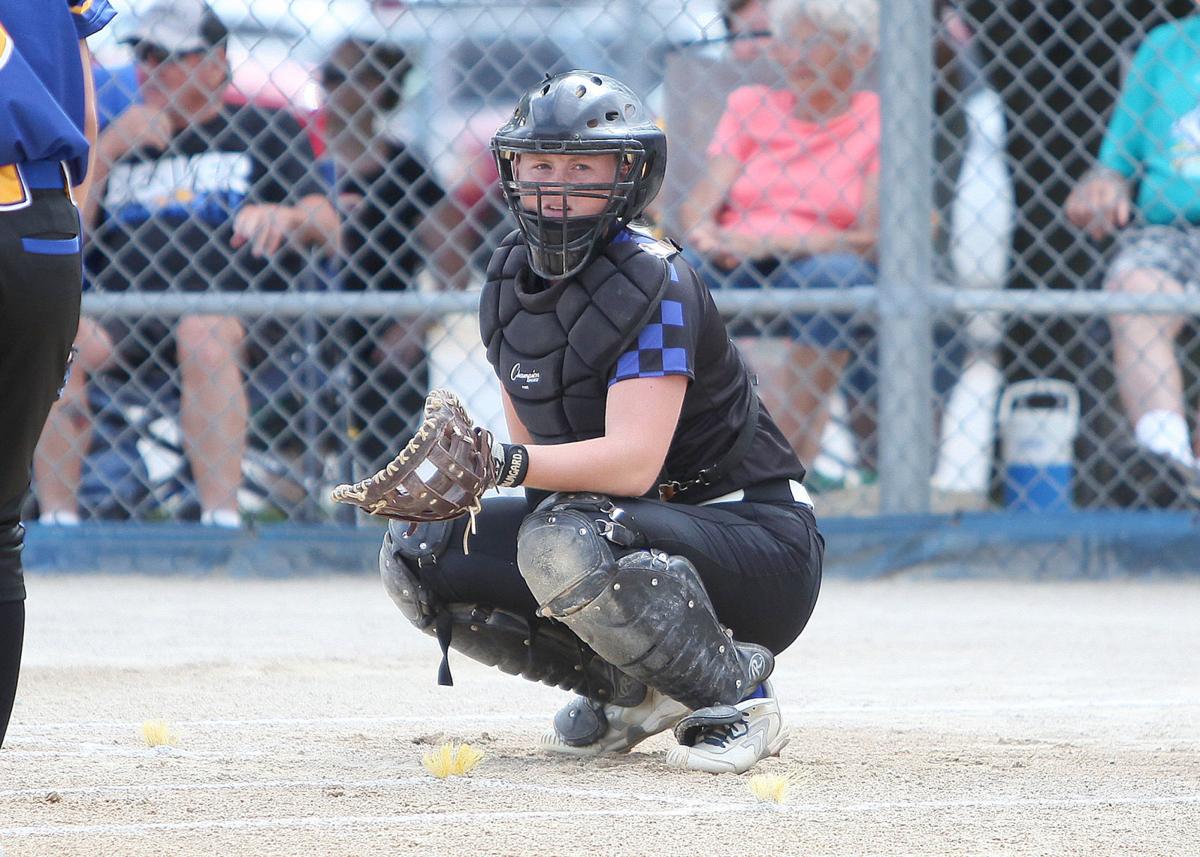 Catcher Allie Poston of Durant looks to the dugout for a signal during the first inning of the Wildcats' home game against Wilton on Tuesday. Durant won 7-0. 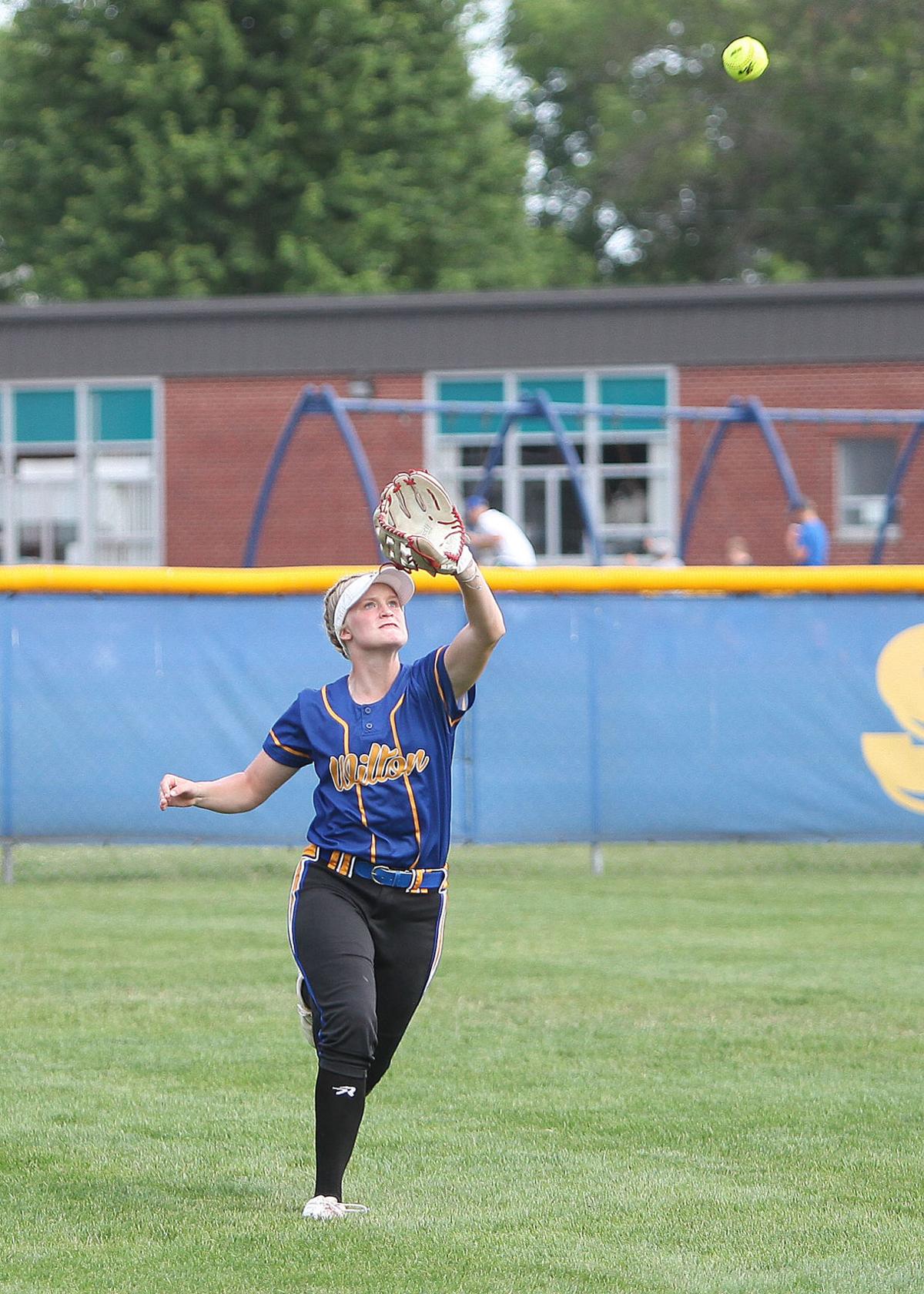 Wilton's Payton Ganzer runs in from center field to make the catch during the bottom of the first inning of the Beavers' road game against Durant. The Wildcats won 7-0. 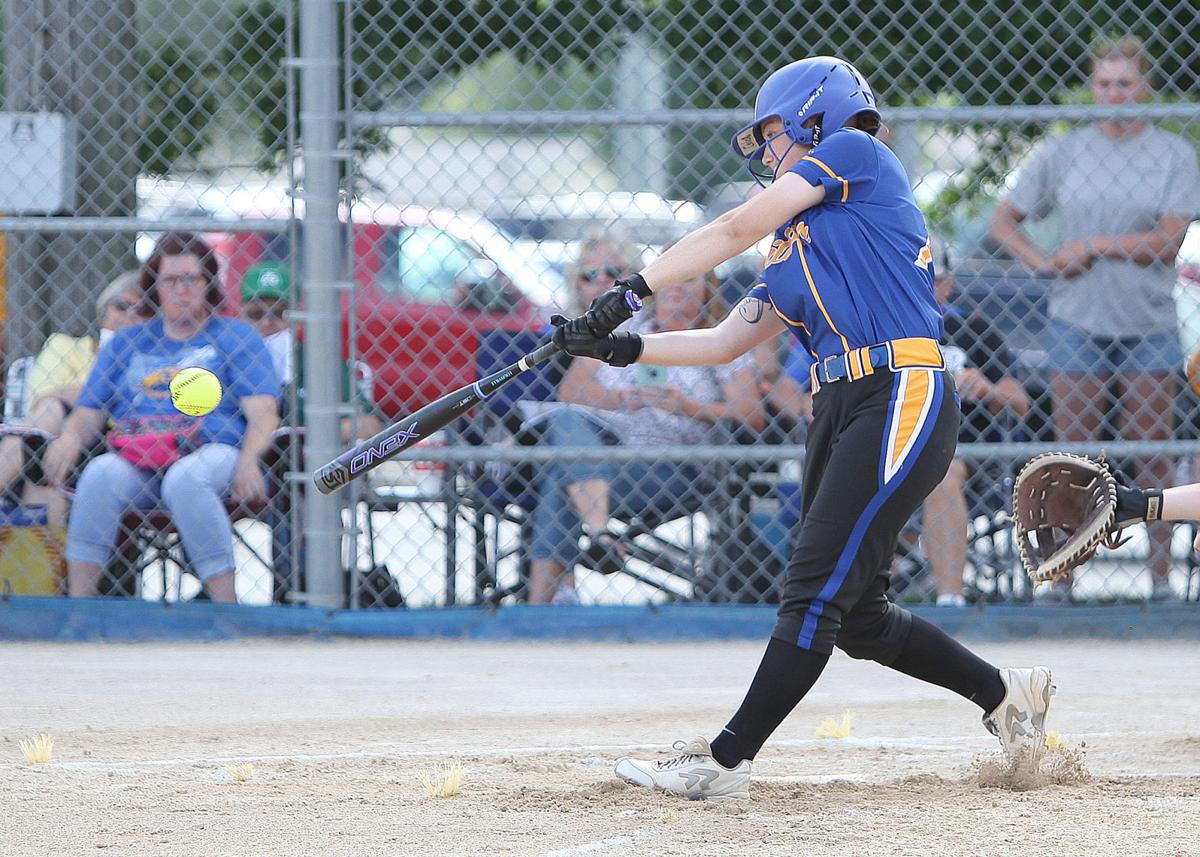 Wilton's Chloe Wells of Wilton drives a single into left field during the second inning of the Beavers' road game against Durant on Tuesday. The Wildcats won 7-0.

DURANT, Iowa — When first-year Durant head coach Aubrey Bland took over the Wildcat softball program, she formed a staff that is a constant reminder of what’s possible for the program.

With Aubrey Werthmann and Hannah Happ on as assistants, the staff has strong ties to the program's past, specifically the 2013 Class 2A state championship team which Bland and Werthmann were a part of.

Though they've maintained a high level of success, Bland is Durant's third softball coach in as many years, so having a coach with ties to that past brings a presence to the Wildcat dugout that may not have come with a different coach.

"We're just trying to get the team back to being consistently good and have a chip on our shoulder," said Bland. "We're trying to be one of those teams that everyone else wants to beat."

On Tuesday evening, the Wildcats proved to their coach, and to the River Valley Conference, that just like when Bland was playing, Durant can beat just about anybody.

Last week, Wilton jumped into the Class 2A rankings at No. 12 after not being ranked in the previous poll. Durant was ranked 15th in 2A but dropped out last week after a loss to Solon. But the Wildcats got the better of the Beavers, beating them 7-0 at home, creating an interesting scenario not just in the 2A rankings, but in the RVC’s South division, with Durant, Wilton and West Liberty all in a logjam atop the standings.

"Honestly, we haven't been looking at rankings, we're just trying to take it one pitch, one game at a time," Bland said. "We got run-ruled by West Liberty, and we knew Wilton beat West Liberty ... (and) this is our biggest rivalry game, we're always going to come out and try to punch them in the nose if we can."

Through three innings, the Wildcats and Beavers played to a relative stalemate. To that point, Wilton starting pitcher Mila Johnson held Durant without a hit, and Wildcat pitcher Kylie Schult, a sophomore, contained the potent Beaver offense. Schult allowed just six hits for the game, half of which came in the Beavers’ last gasp seventh-inning rally.

In the fourth, Durant got its leadoff hitter aboard when sophomore Ally Happ reached on a bunt base hit. Senior catcher Allie Poston then smashed a pitch down the left field line. The shot had no problem clearing the fence, but those in attendance were left in a bit of suspense for a second before the umpire declared it fair.

"I knew that (Johnson) had been throwing us inside," Poston said. "(Wilton) moved their defense, so it was left-side defense, so I figured they weren't going to throw anything outside. I was sitting on the inside pitch, and she had been throwing it consistently for strikes. I got a pitch and just swung."

Durant (7-3, 6-2 RVC) added two more in the inning. Kylie Schult followed the homer with a double to left-center that bounced off the outfield wall. Senior Kira Schult followed that up with a base hit to left. Both would round the bases to score, Kylie on a sacrifice fly to center by eighth-grader Savannah Meinert and Kira on a base hit by junior Brooklyn Bullard.

The next inning, Poston again reached, this time on a swinging bunt base hit. Kira Schult drove Poston in with an RBI single to give the Wildcats a 5-0 lead over Wilton (7-2, 3-2 RVC).

Wilton’s biggest offensive threat came in the seventh, when freshman Charlotte Brown reached on a fielder’s choice and freshman Grace Madlock singled, as did junior Emily Coss to load the bases with one away. Kylie Schult, however, induced two fly ball outs by Beaver hitters to end it.

Durant tacked on two more insurance runs in the sixth, with Happ and junior Halle Collier scoring to give the Wildcats their sixth and seventh runs.

"We've been struggling as a team," said Poston. "We're younger, sometimes we struggle working together, so I think this win showed us how well we can play together. ... In the past, we've had issues finishing games while we're ahead. Tonight, we really pushed through and expanded our lead to come out with a win.

"This game, for us, proved that no matter who we play, we have a chance."

The NFL plans to play the Black national anthem before Week 1 games. Hear the anthem here.

Additionally, the league is working collaboratively with players to recognize victims of systemic racism throughout the season.

Alleging he was mistreated by Iowa football staff members, former Hawkeye running back Akrum Wadley asserted he “felt like playing for Iowa football was a living nightmare.’’

For a trio of Quad-City area boys basketball coaches, there will always be fond memories of the IHSA state tournament's 25-year run in Peoria.

Q-C Midwest League bytes: This and that

DOWN ON THE FARM

Wilton’s Ella Caffery can't beat the throw to first as Durant's Halle Collier makes the catch to force her out during the second inning of the teams' game in Durant on Tuesday. The Wildcats won the game 7-0.

Catcher Allie Poston of Durant looks to the dugout for a signal during the first inning of the Wildcats' home game against Wilton on Tuesday. Durant won 7-0.

Wilton's Payton Ganzer runs in from center field to make the catch during the bottom of the first inning of the Beavers' road game against Durant. The Wildcats won 7-0.

Wilton's Chloe Wells of Wilton drives a single into left field during the second inning of the Beavers' road game against Durant on Tuesday. The Wildcats won 7-0.