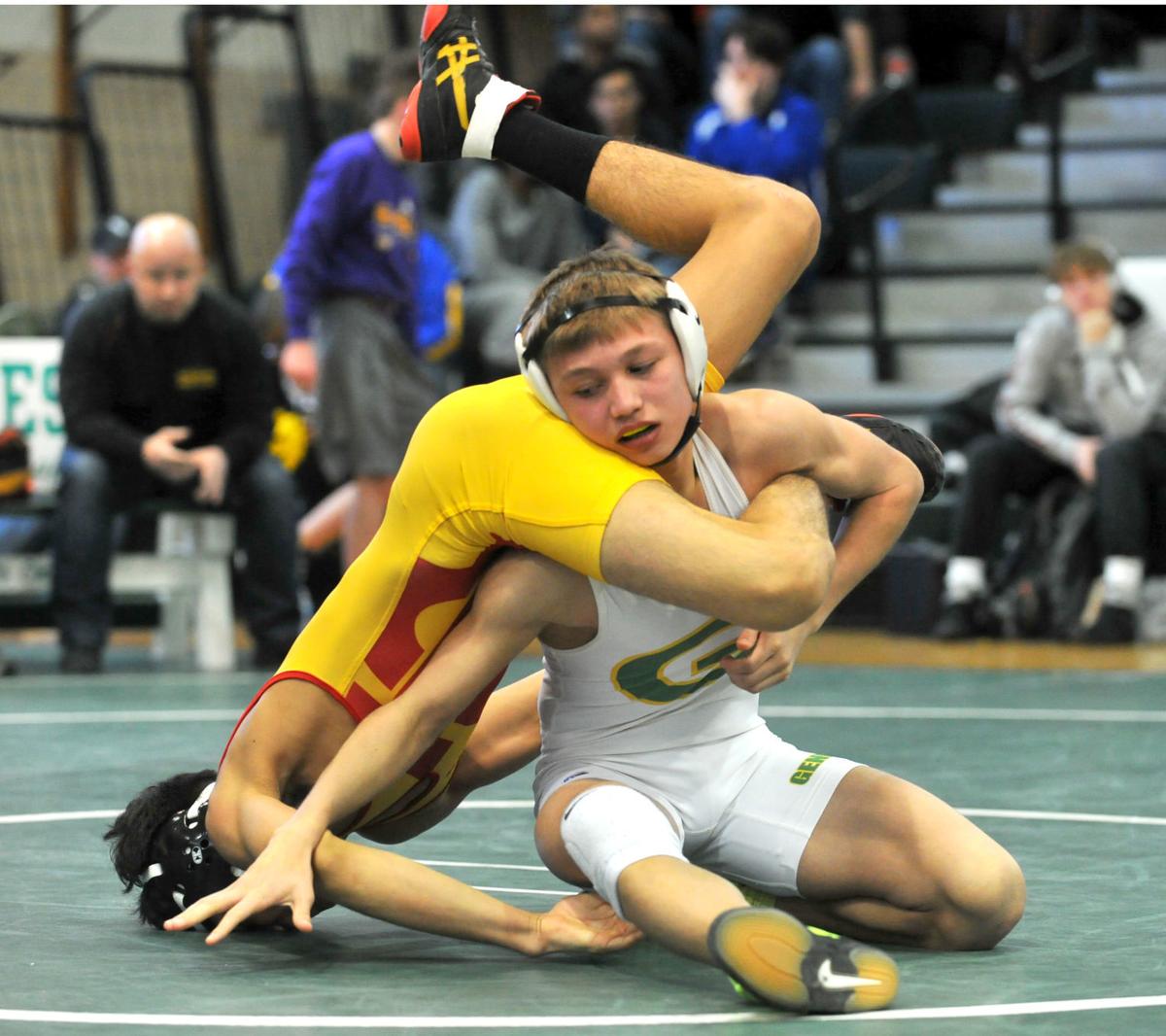 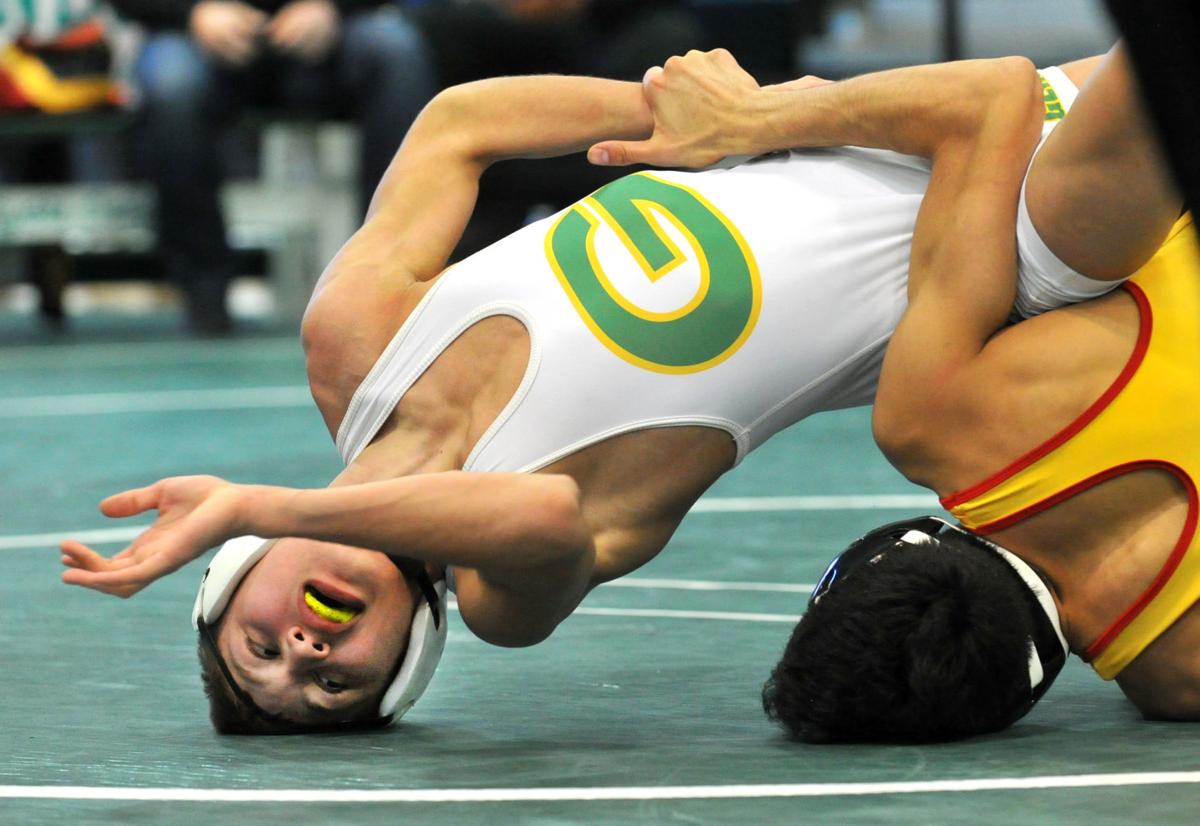 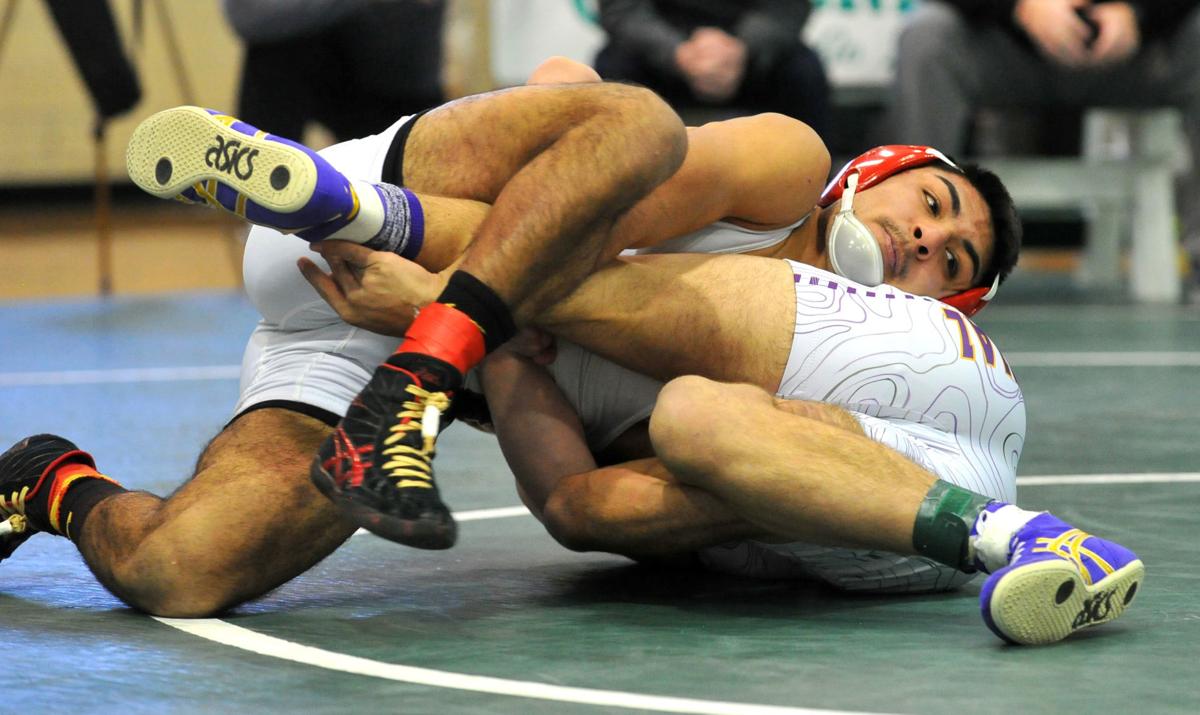 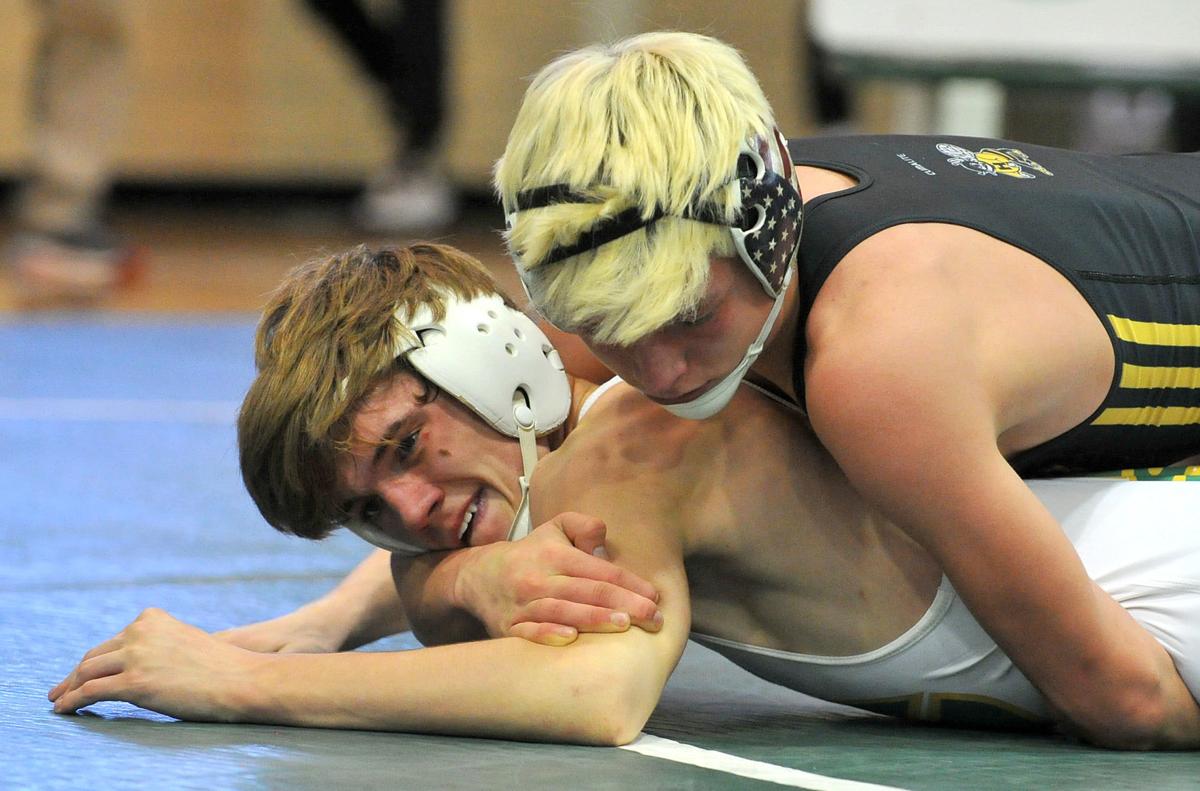 Montez went 3-0 in the tournament and defeated familiar foe Manny Limon of Rock Island by a 1-0 decision in the championship match.

The sophomore needed an energy boost after an even 2-2 split last weekend in dual meets and getting the title in front of the home crowd was just the pick-me-up that he was looking for.

“It felt good to come back home and get this win,” Montez said. “Last weekend was bad, so to get the win in a close match feels really good.”

Montez sits at 6th in the IWCOA 113-pound Class 2A poll and Limon was 10th in the same ranking. The two faced each other last month with Montez coming out victorious in that meeting as well.

Limon is using his previous meetings with Montez as motivation moving forward, as the two are likely to meet again at the Western Big 6 Conference meet and at sectionals.

“Wrestling with Anthony is a nice challenge,” Limon said. “It’s great to have genuine competition in the same conference. We have a respectful rivalry.”

Rock Island coach Joel Stockwell hopes that his junior will learn from these meetings and apply them to the next match.

“It’s hard at this point late in the season to teach big lessons because there’s not a lot we can change,” Stockwell said. “I hope he can learn from it and watch the video and make little improvements.”

“Every time two guys wrestle each other, they learn more about their opponent,” Geneseo coach Jon Murray said. “The matches get closer and closer and Anthony just needs to keep improving to stay ahead.”

Luke Henkhaus of Geneseo (126) and Victor Guzman of Rock Island (132) each finished second. Henkhaus lost a 3-0 decision to Nik Jimenez of Harvard in that title bout and Guzman fell 7-6 to Caleb Tyus of Civic Memorial.

Guzman was leading 6-5 with 37 seconds left when Jimenez got a takedown and the Rock Island senior was unable to escape.

“I just have to keep going out there and continue to work at my offense,” Guzman said. “I need to stop holding back and just let it fly.”

As a team, the Maple Leafs placed second with 165.5 points, just 16 points shy of first place Thornton Fractional North. Murray was pleased with the effort that his team had but wants his wrestlers to continue challenging themselves.

“That’s the whole goal with bringing these great teams to this event is so we can get better,” Murray said. “Second is nice, but I want us to be as competitive as we can be moving forward.”

Rock Island placed sixth with 133 point and United Township was 14th with 34 points.

It was a career-best tournament finish for United Township’s Anthony Teach, who was 6-9 coming into the event and left 10-10 and with the bronze medal in the 220 weight class.

Teach is a junior for the Panthers but is in the middle of only his second year as a wrestler.

“It feels good to have a tournament like this one,” Teach said. “My confidence is at an all-time high and I can do more than I thought I could.”

Moline's Praught-Leer: Olympics are 'the antithesis of what we need right now'

ON GOLF: Open cancellation could be boon for JDC

Don Grensing finds it hard to believe 50 years have gone by since a magical March provided the conclusion to a magical high school basketball season in the Quad-Cities.

D-I schools are paying coaches big bucks NOT to coach

It seems as though college athletic programs across the country are paying an awful lot of money for people to coach their major sports programs these days.

EAST LANSING, Mich. (AP) — Michigan State athletic director Bill Beekman defended basketball coach Tom Izzo on Thursday after Izzo was accused in an ESPN report of contacting a witness who was part of a 2017 criminal sexual conduct investigation involving one of his players.

The Iowa basketball program brought in five high school players in its 2015 recruiting class and none of them made it to the end of their careers with the Hawkeyes.

Life for Moline native Bryce Bohman has revolved around a hunger to improve himself as a swimmer for most of his life. But with nearly every pool shut down or restricting significant access and the 2020 Tokyo Olympics postponed due to the COVID-19 outbreak, the 2009 Moline grad’s training for his third Olympic trials have been put on hold.