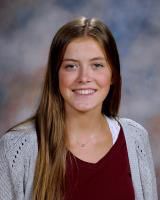 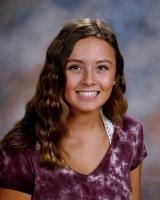 MOLINE — What a way to start the 2019 volleyball season.

Two of the Illinois Quad-Cities best teams went at it tooth and nail Tuesday in front of a large and loud crowd at Wharton Field House.

Added senior Mackenzie Grafton, "This is a game we prepared for the entire off season. This is a game where we either win or we learn and that makes it a good thing. So, I guess we got two wins. We were really focused and winning this one is big for us because we find out a lot about ourselves."

Both Wheeler and Moline coach Sarah Fetter, working as the Maroons' head coach for the first time, felt like this was a no-lose situation.

"You could not have asked for better volleyball than what we saw (Tuesday)," Fetter said. "It was a dogfight in each set and either team could have won that in the third. I don't like to lose the game, but I think both of us feel like this one was a win."

The teams battled back and forth the entire night. Orion fell behind by as many as eight points in Set 1 at 22-14 before roaring back to steal the first win of the night.

"The intensity was so great all night," Grafton said. "Last year we got behind them 20-12 and came back, so we knew we could do it when we got behind early. It was just awesome to get a start like we had."

The Maroons didn't quit. Behind a seven-point second set from sophomore Ella Ramsey, the Maroons took Set 2 25-19 to set up the winner-take-all third.

"Ella is an offensive threat at the net, she is a threat on her serve and she has really gotten better on defense," Fetter said. "We competed the entire way and gave ourselves a chance with that second set."

In the third was one of the most odd starts to a set. Of the first 12 points scored 11 came on either ace serves or service errors with Moline taking an early 7-5 lead.

"That is a coach's nightmare when you can't serve the ball in play," Fetter said. "The crazy thing was it was going both ways."

Moline built a 13-8 lead but Orion came right back with four straight points including two Sarah Jacobsen points and a Grafton score. From there the teams went toe-to-toe until Hailey James scored on a tip at 23-all and an odd-looking double hit gave Orion the win.

"Sarah has been starting since she was a freshman and Mackenzie since she was a sophomore," Wheeler said. "We count on them and their experience showed off in this win."

For Moline, Ramsey had 11 kills, five aces and two blocks. Kamara Dickerson had 12 kills and 16 digs.