Moline swept Galesburg (25-11, 25-14) in convincing fashion Tuesday at Wharton Field House and wasted no time doing so in the process.

“It’s super-hot in this gym, and we can either make excuses, or we can come in and get the job done,” Moline coach Jenna Laxton said. “That’s the kind of culture this program thrives on.”

It’s also a culture that has brought the Maroons a perfect 6-0 start in conference play. It was Moline’s fourth straight conference sweep.

“We know that no matter what team we play, whether it be conference or not, they are going to have their best game and want to beat us,” senior outside hitter Caylee Brandes said. “That Moline jersey we are wearing is a target, but it’s also humbling. We know we have to keep working.”

It’s a pair that usually gets the scoring done for Moline, and they say it all starts in practice.

“Coach Jenna really makes us work,” Brandes said. “She tells us that if we want the ball than we really have to demand it. You have to really want it and communicate well with your setter. We work on footwork every day at practice and it pays off — it really does.”

It was evident early on that Moline was simply on a different level than Galesburg (6-8, 2-4 WB6). The Maroons jumped ahead 7-2 and then 20-9. A combination of well executed plays and Galesburg errors ran up the score in a hurry. Brandes had a team-high five kills in the first set and Veto ended the game with a block.

“We base everything on earning our own points,” Laxton said. “We don’t want to sit back and hope the other team makes mistakes, and that showed tonight because we took care of our side. That always comes first.”

Moline made few hitting/service errors or errant passes the entire game, which allowed the lead to swell to double digits in both sets.

“That all comes from practice and working hard,” Veto said. “We still have a lot to fix and work on, but our work is starting to show with the season going along into conference.”

However, the start of the second set made Moline work. Galesburg won two rallies and went ahead 7-6, which forced a Moline timeout.

The Maroons responded with a 6-0 run.

Veto came out of the break with a kill, and then Brandes, Anna Hazen and Veto, once again, answered with three more kills. After that, Darien Sanders connected with two straight aces to push the Maroon lead to 12-7. Sanders ended the night with four aces.

“They were able to get back there and serve the way we wanted them to serve, and it manipulated a lot of things on the other side,” Laxton said. “We have seen a lot of success this year because of that (service game).”

Moline ran away with the rest of the set, and the match ended with a net violation on Galesburg.

Usual starter Bella Skeffington missed the game with injury, but in her place three or four usual bench players had significant playing time. Hazen, Hannah Schimmel, Isabella Lamphier all came into the game and fit in nicely with the regular rotation.

“I want to applaud their focus because they came in and contributed a lot,” Laxton said. “They brought energy and came in with a game plan. Everyone was on the same page and got it done.”

Despite outscoring Galesburg 50-25 and playing one of their cleanest matches of the season, the Maroons believe they can get better during their quest for another Western Big 6 title.

“We still have a lot more room to grow as a team and program,” Laxton said. “Going throughout this season I expect we will get a lot better than we are right now.”

The Moline volleyball team continued its winning ways in a sweep of United Township to extend its Big 6 winning streak to 27 games and stay undefeated midway through conference play.

Rock Island's Kayla Rice is this week's Illinois Pacesetter. The three-sport senior has become a captain of the volleyball team both on and off the court. Read more:

'It's been a long time coming': Alleman picks up first WB6 win

Alleman volleyball picked up its first WB6 victory with a sweep over United Township. Clair Hulke led the team in kills, blocks and digs. The Pioneers hope this is the turning point.

Sienna Mikaio and Kayla Rice teamed up for an exciting rally in the second set that sparked a 5-0 run that sealed Rock Island's sweep of Quincy. The win put the Rocks in second in the WB6.

Alleman volleyball coach Morgan DeBruine said her team is improving, despite Thursday's loss to Galesburg sending the Pioneers to 0-7 in the Western Big 6.

Annawan junior volleyball standout Kaylee Celus is this week's Illinois Pacesetter. Splitting time between outside hitter and setter, the 5-foot-11 Celus is on the court from opening serve to closing point, and has been a spark for the Bravettes as they have won 17 of their first 18 matches.

The North Scott volleyball team swept Clinton on Tuesday night to remain in a three-way tie for the conference lead.

Annawan fends off Mercer County to remain perfect in LTC

In a key early-season Lincoln Trail Conference volleyball matchup, Annawan fended off a relentless Mercer County effort to remain perfect in the LTC at 4-0 after battling to a 27-25, 21-25, 25-16 victory. The win was the eighth in a row for the Bravettes, who are now 18-1. 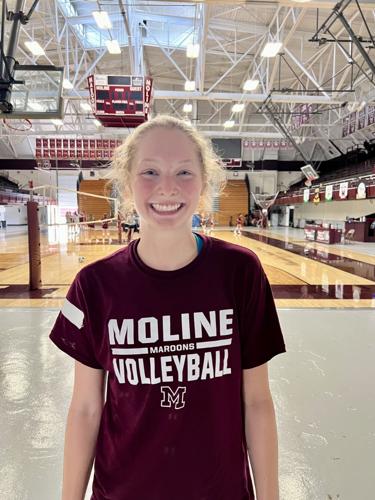 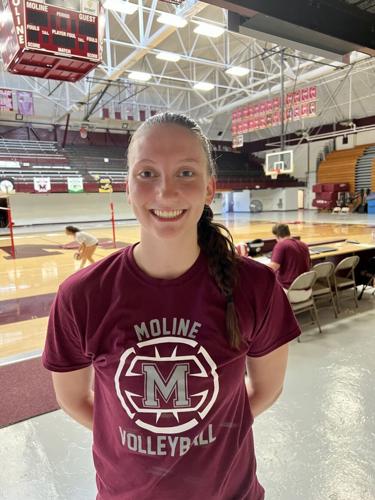