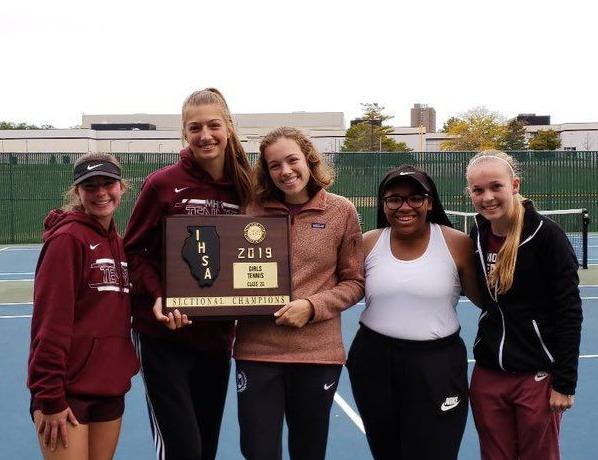 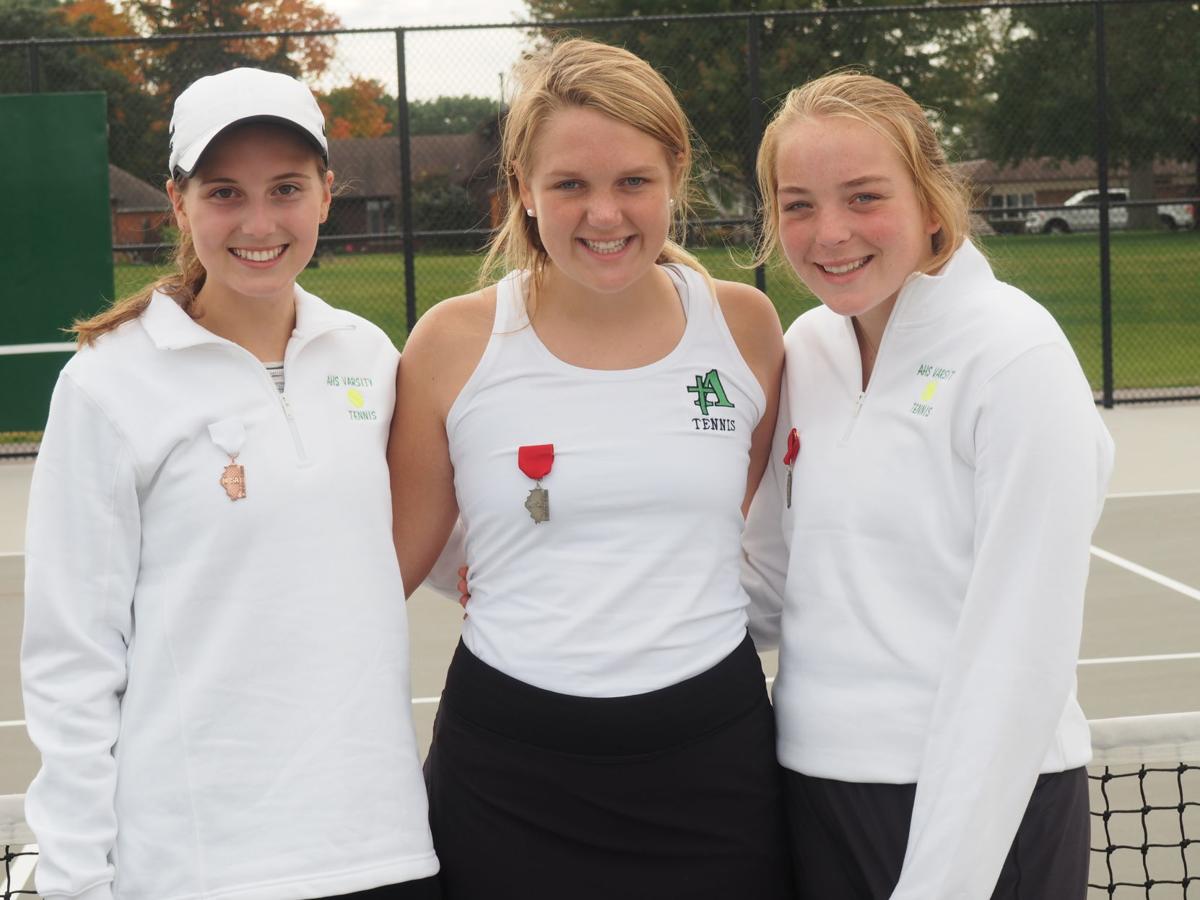 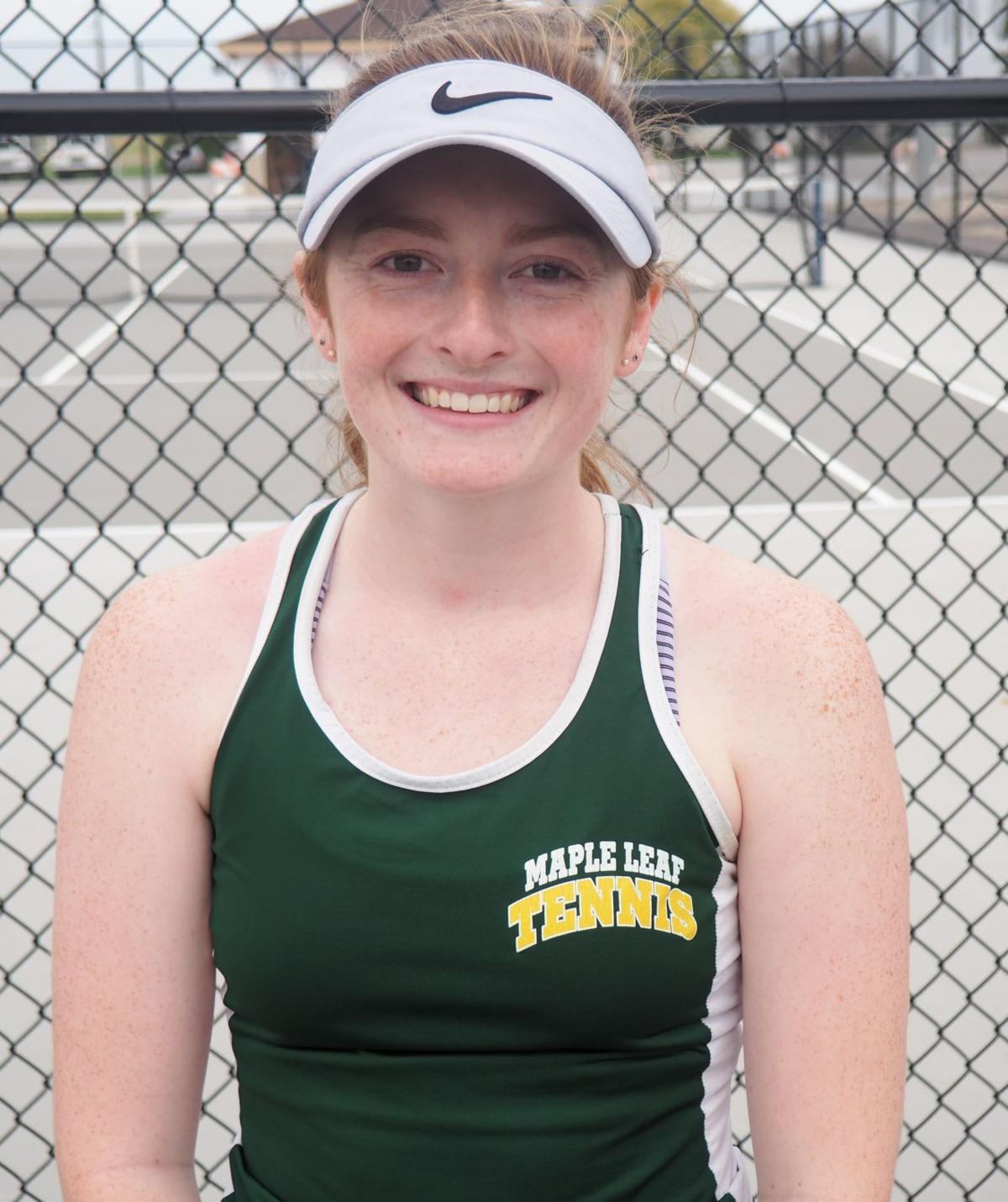 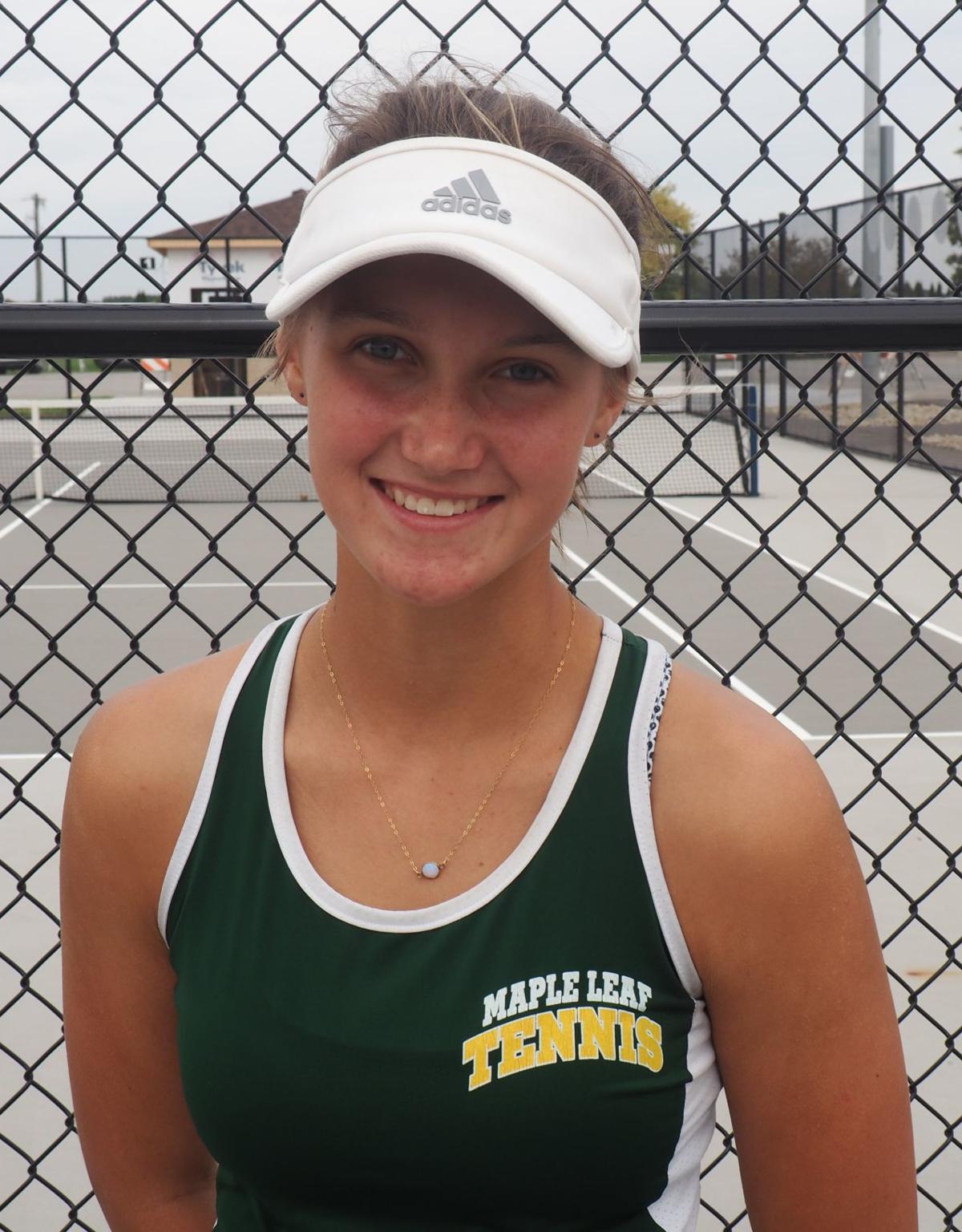 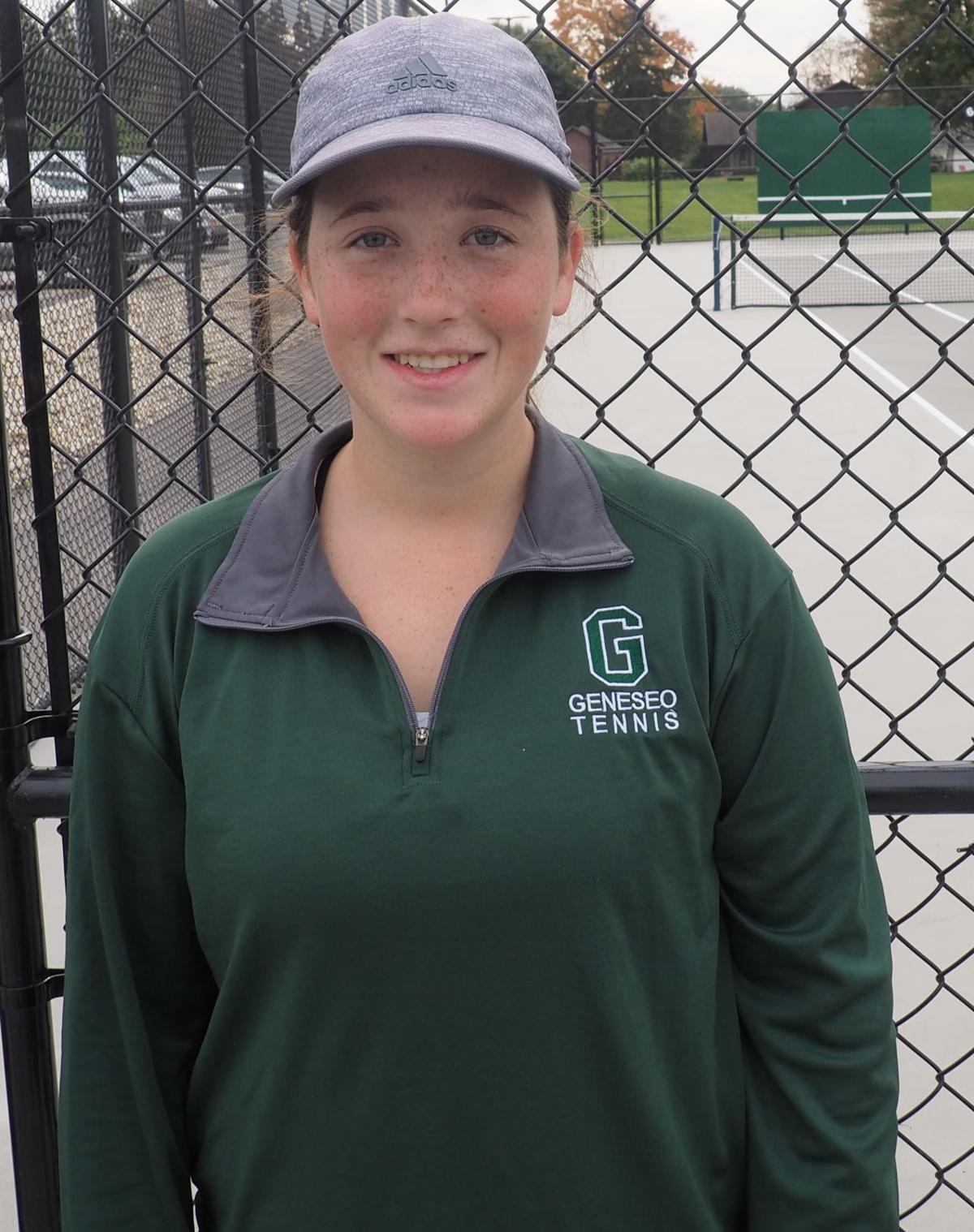 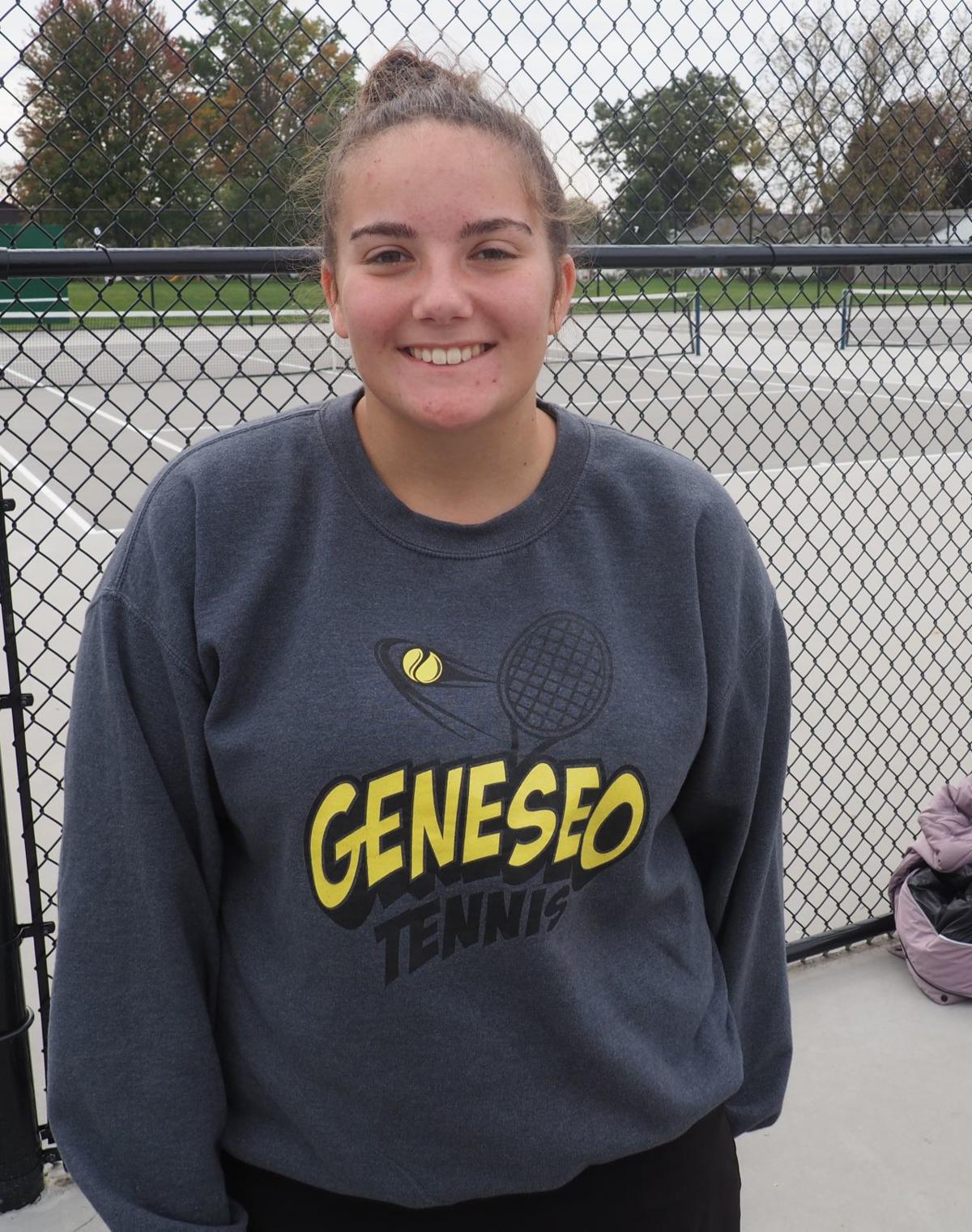 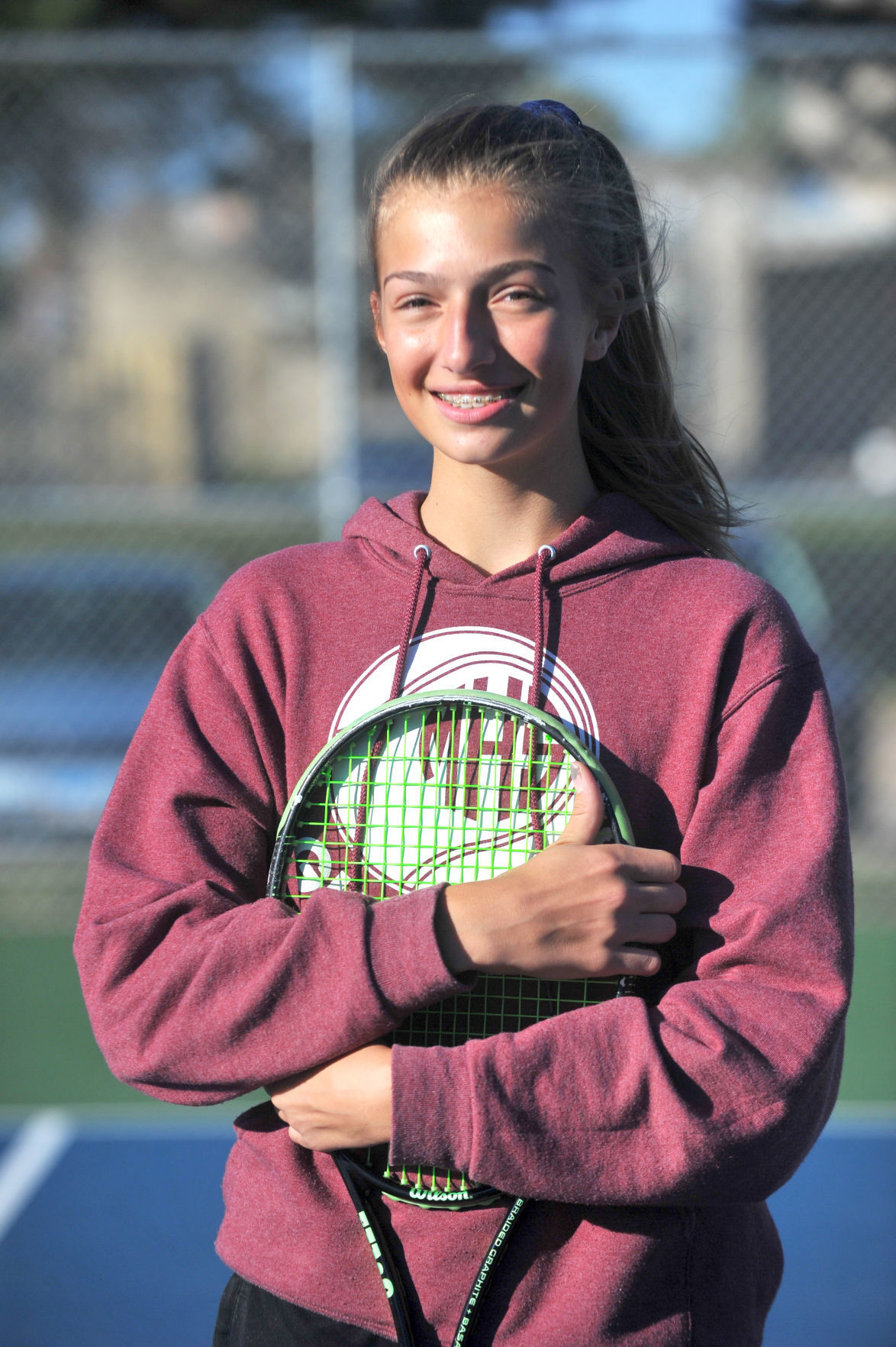 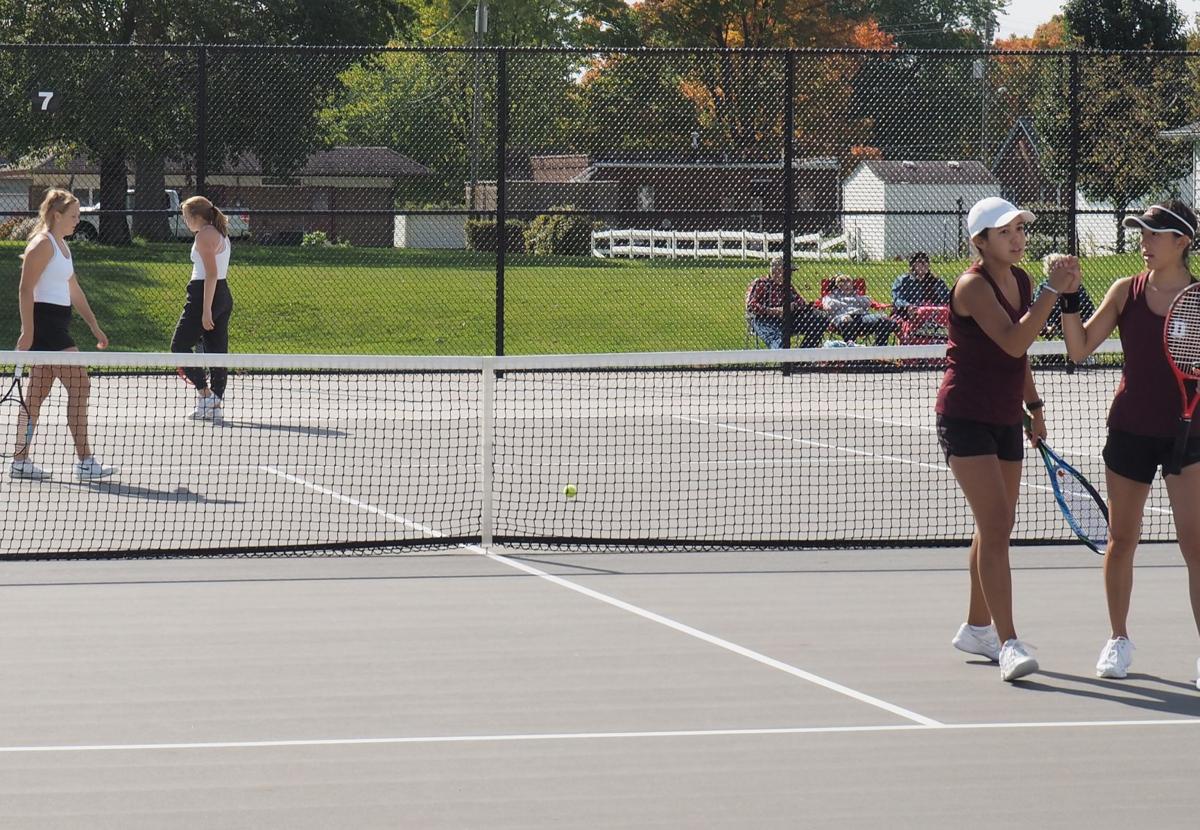 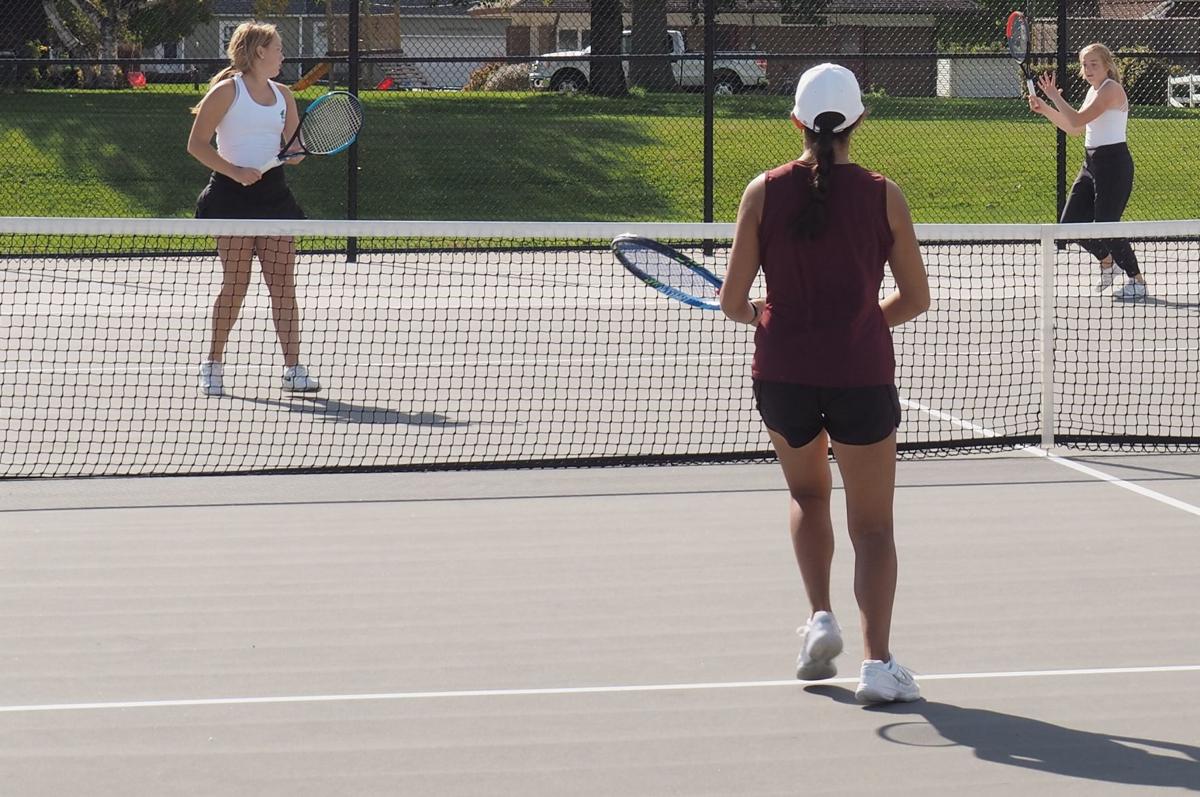 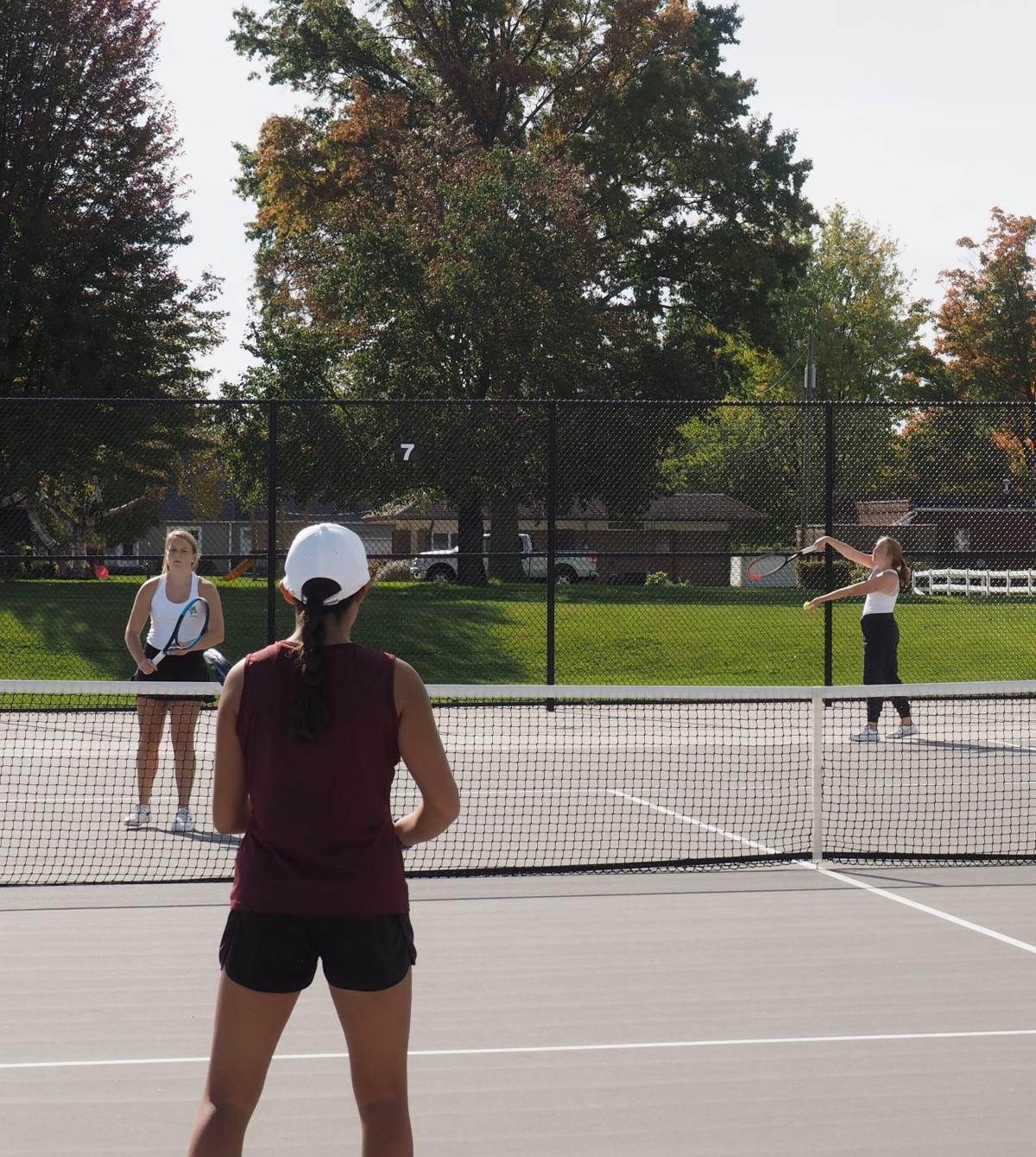 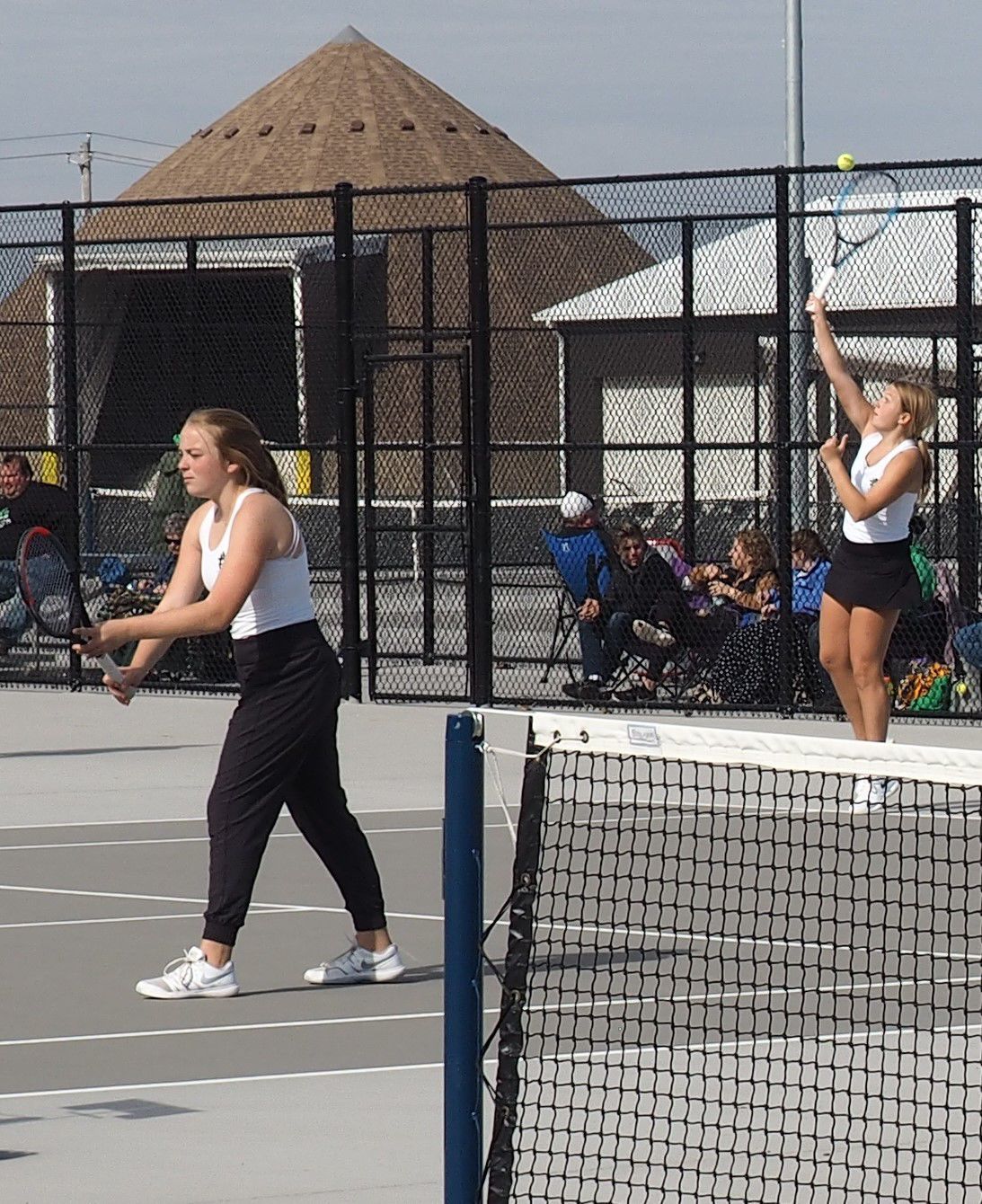 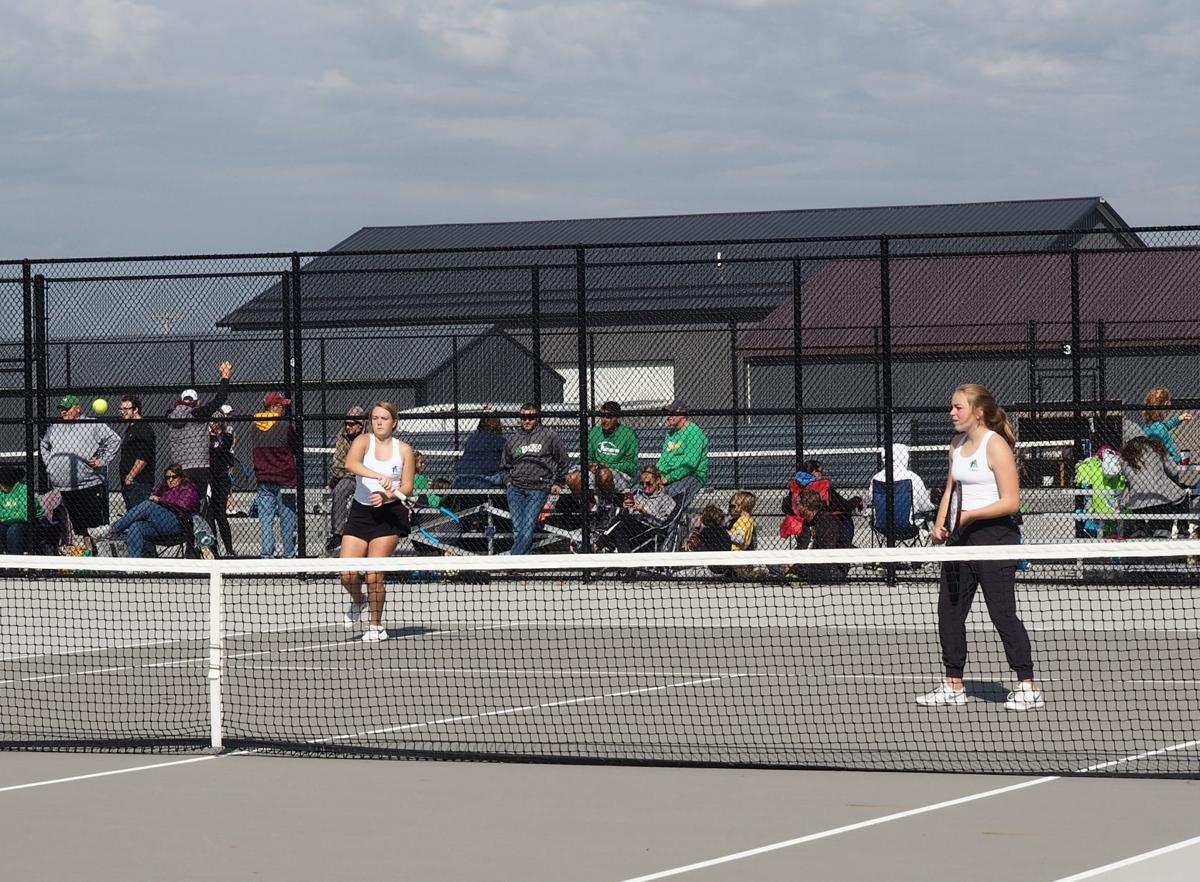 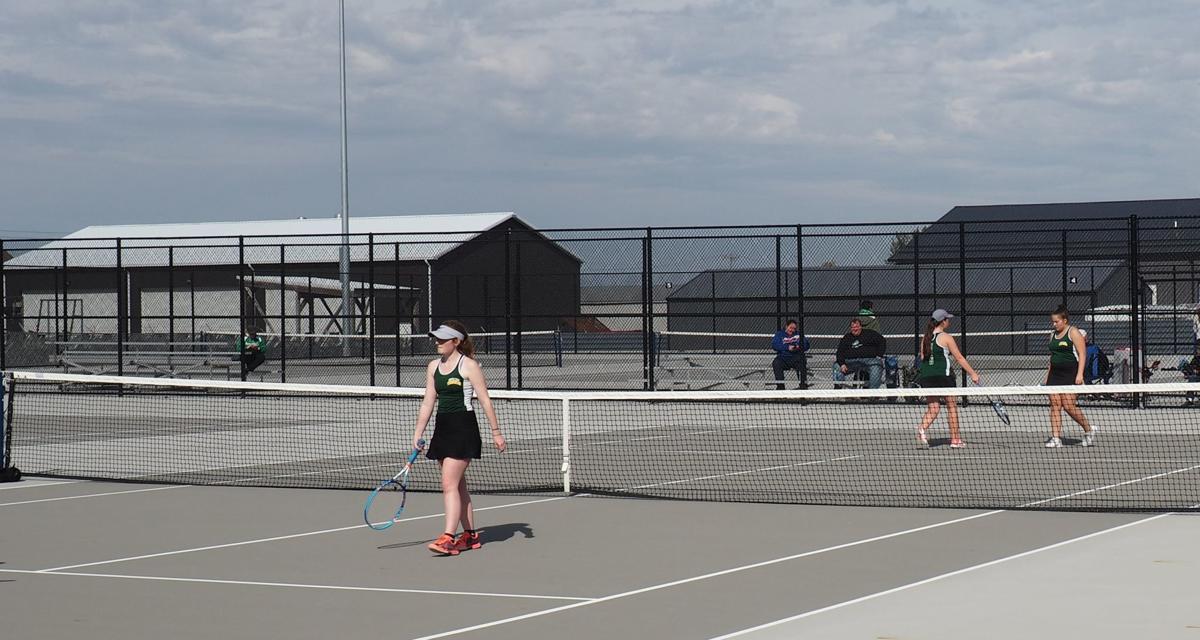 Both Geneseo doubles teams playing each other in the third-place match of Saturday's 1A Geneseo Sectional. 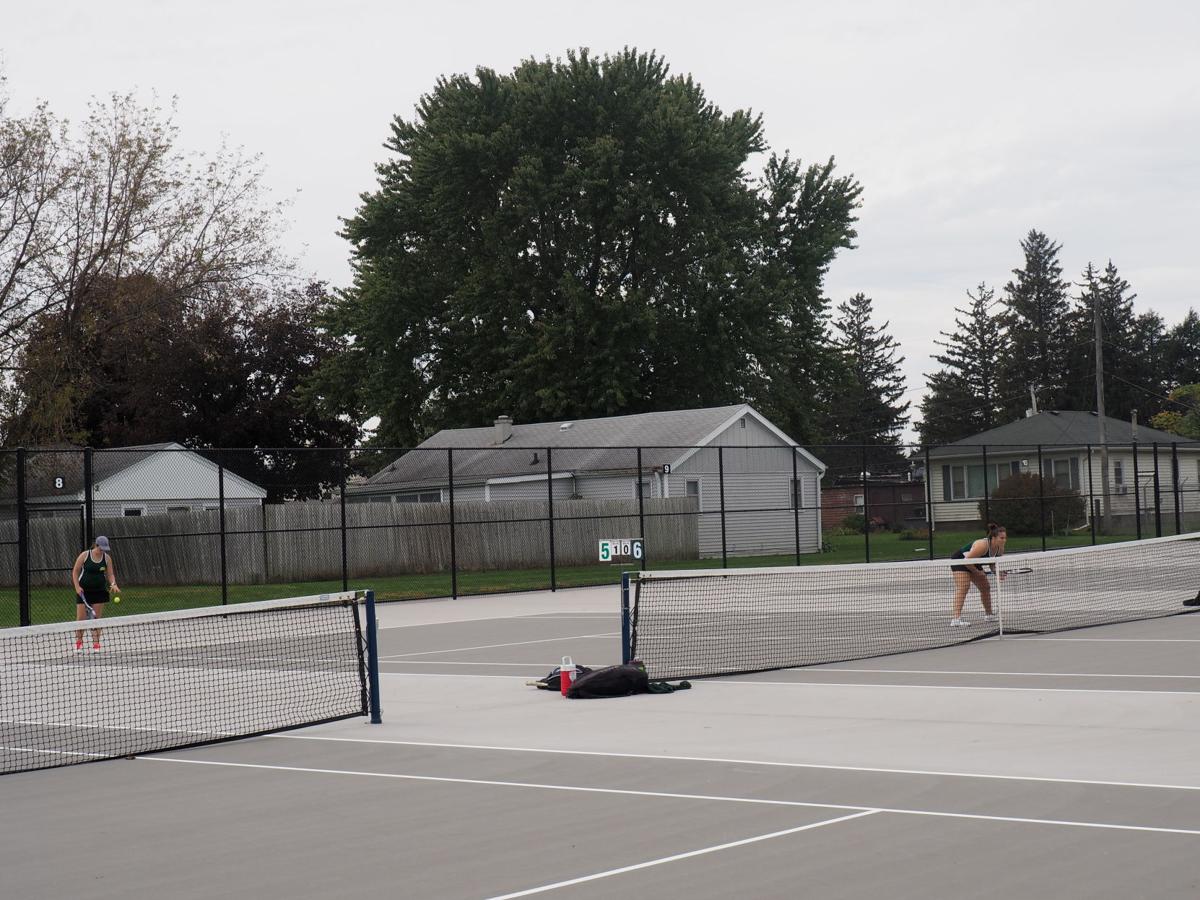 The Moline girls’ tennis team showed exactly why overall depth is so important in winning their first sectional title in six years.

The Maroons totaled 20 points in the team standings at the Class 2A Pekin Sectional, edging Normal Community West and Pekin, who tied for second with 16 points.

The Maroons earned a sectional plaque for the first time since current Alleman coach Bill Allee led Moline in 2013.

United Township (nine points) was seventh and Rock Island was without a match win at the nine-team sectional.

Moline coach Brooke Forsberg was proud of what the team accomplished collectively as Monika Birski was runner-up in singles and Sarah Gustafson and Lauren Myers were runner-ups in doubles. The sectional title was especially satisfying after placing second by tiebreaker last season.

“That just shows the type of support the team has for one another and what it takes to be champions,” Forsberg said. “I don’t think anyone left unhappy.”

Forsberg said the challenge of the final followed a competitive semifinal match with United Township's Reese Williams. Birski held off the third-seeded Williams 6-2, 8-6. The UT sophomore improved her fourth-place finish from last year by then topping Centennial senior Angela Xu, 6-3, 6-4 in the third-place match.

“They had a really good match,” Forsberg said of Williams and Birski. “Monika was down in the second-set tiebreaker. Reese had multiple set points and Monika came back and won the tiebreaker to stop it from going to a third set.”

“She knew she had to play strong to stay on top of Reese. Reese is a fighter and she’s never going to give up.”

Moline’s Kate Schaechter beat fellow senior Nicole Boodhoo of UT 6-3, 6-0 in her first match before falling to Xu. Moline’s Matti Brower and Camille Keys fell 4-6, 6-1, 6-4 to a fourth-seeded Danville duo in their opener.

In the doubles final, Moline’s second-seeded Gustafson and Myers fell 7-6 (0) 7-5 to Normal West’s No. 1 pair of Emily Kettering and Madeline Gentry.

Forsberg said she was extremely proud of the way her doubles team battled, along with the group effort. The coach admitted she was not even sure of her team’s chances at the team title until results began to unfold.

“You can’t win a team title with just one or two players,” Forsberg said. “We played extremely well this weekend and no one had a bad match.”

1A Sectional: For the second year in a row, Alleman had to settle for sectional runner-up as Dunlap repeated as team champion at the Geneseo-hosted event.

Dunlap took both the singles and doubles titles in tallying 30 points, ahead of Alleman (23 points) and Geneseo (17) at the eight-team tournament.

Lucy said Dunlap’s 21-7 duo made a really good team, providing a nice challenge ahead of the state meet later this week.

“They had some good volleys and we just didn’t play our best,” said Rector, whose duo is 15-4. “I feel like we’ll face a lot of teams like that at state, so it was good.”

The Rectors topped Geneseo’s top pair of third-seeded Mary Thomas and Emma Dunker, 6-0, 6-3 in the semifinals.

“I’m proud of myself for getting to state and getting to the finals,” said the freshman Rector, Kate, after wrapping up her first sectional. “It’s good to have that challenge right before state so we know what we’re going to be up against.

“It was a challenging match, but I’m glad I came back and tried my hardest,” said McKeown, who bounced back in the third-place match to win 6-0, 6-3 over Dunlap’s No. 4 seed Regan Duchaine. “It was a good experience and it definitely taught me some things to do and not to do. I’m definitely ready for state.”

This is the first year in 24 years of IHSA online records that Geneseo girls’ tennis has two entries in state tennis, which is in its fourth year of a two-class system. Geneseo coach Kevin Reed said it was the first time the school has ever qualified two girls' tennis players for state. The first Geneseo girls' team was in 1979.

Reed said it was great to have the local fans make it out for the school’s first time hosting a tennis sectional at its new 10-court layout with lighting at the high school. The courts were finished last year.

The Lady Leafs collected 17 points in the standings for the second year in a row.

“Now we’re to this point of getting teams to state, but now, we’ve got to start winning this,” Reed said. “Hopefully we can keep this going.”

Both Geneseo doubles teams playing each other in the third-place match of Saturday's 1A Geneseo Sectional.