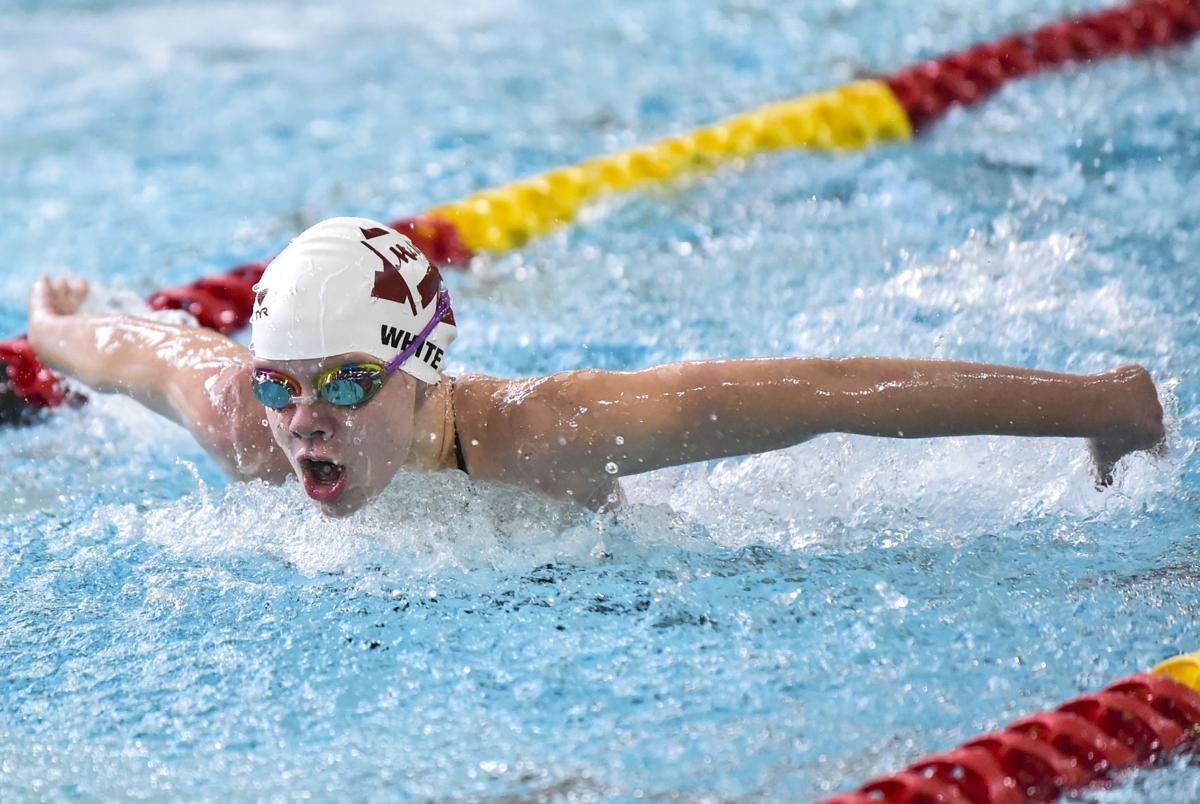 Moline's Olivia White, shown here swimming in last year's Rock Island Relays, is one of the top returning swimmers for the Maroons. 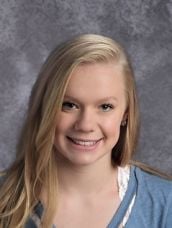 MOLINE — One scary September morning before swim practice only cost Olivia White a couple weeks of her senior swim season — along with the cost of a totaled car.

It could have been so much worse.

On Sept. 5, just two days before Moline participated at the Sterling Invitational, White was driving to an early morning swim practice after picking up teammate Mimi Trenary.

An apparent police chase was taking place, and White went to pull over and lock her door. The commotion and distraction, she said, led to her jumping the curb and swerving the wheel, propelling the car off some raised tree roots enough to tip over onto the drivers’ side of the car.

The broken class of her Honda Element SUV caused some cuts on her arm and she was understandably shaken up. Trenary had whiplash from the incident.

“Luckily, there were some neighbors outside, and they opened the door and I had to crawl out,” said White. “We were freaking out. She (Trenary) was actually really calm and I was really freaking out. I couldn’t figure out how to call the police or call my mom or anything like that. She was like, it’s OK.”

White said she wasn't even going very fast before the accident. The police asked if she needed to see a paramedic, and she said she felt fine enough to go to school. Her totaled car was towed away that morning.

Getting a headache at school, followed by some nausea and brain fog, White went to the trainer toward the end of the school day, and she was diagnosed with a concussion.

Three girls on the Moline swim team have missed time due to concussions this season — at one point more than the football team had to deal with. White’s concussion came after classmate and fellow team captain Gabbi Lopez missed time to start the season after being kicked in the head during practice. Annika Zemek also had concussion symptoms from hitting her head on the diving board at a meet.

White said it was a frustrating process going through the concussion protocol, answering various questions about her symptoms before easing into light physical activity and eventually returning to pool practice. She missed valuable practice time and couldn’t attend swim meets, where the loud cheers and bright lights are an issue.

Focusing on homework was also more challenging, she said. However, White had her senior teammate, Lopez, to help make the process easier having gone through it herself. Moline seniors Renata Lara and Julie Glenn stepped in to help as team captains in their absences.

“It’s tough being out of shape at that point in the season and feeling like you’re behind everyone, but eventually you start to catch up and start to see your times get back to where they should have been,” said White, who holds Moline’s 500 freestyle record. “And it makes you feel like you’ve come a long way.”

Fortunately for White, she is ready to go for Saturday's Western Big 6 Conference Meet that will be contested at Galesburg High School.

The defending WB6 500 free champion is part of a Maroons group returning much of last year’s team, which won its first Big 6 title since 2006. Moline leads all but one event in the Metro Honor Roll, and sophomore Maroon Sophie Greko has also had a breakout year to lead in four individual events.

The Maroons have dominated in duals against conference foes again this season, and edging perennial sectional winner Dunlap and Iowa swim power Pleasant Valley to take the Panther Invite was a major highlight. White and Greko went one-two in the 500 free at that invite and fellow senior Taylor Puglisi broke the diving meet record.

“I think everyone is super prepared for it,” White said of Saturday’s first expanded field conference meet that includes league newcomers Geneseo and Sterling. “We’re all still swimming tired, but we’re definitely ready to go race.”

Time and place: The Galesburg Silver Streaks host this year's Western Big 6 Conference Swimming & Diving Meet on Saturday. Diving is at 8:30 a.m. at the Knox County YMCA; swimming is at noon at the Galesburg HS pool.

FYI: This is the first Big 6 meet with Sterling and Geneseo as conference members. … Moline was dominant and 5-0 in Big 6 dual meets this season, also winning invites at Sterling and UT with runner-up finishes at Galesburg and Rock Island. ... The Maroons lead the Metro Honor Roll in all but one event as RI's Sholl leads the Metro Honor Roll in the 100 breaststroke. ... Moline last repeated as Big 6 champion in 1985-88.

Moline's Olivia White, shown here swimming in last year's Rock Island Relays, is one of the top returning swimmers for the Maroons.