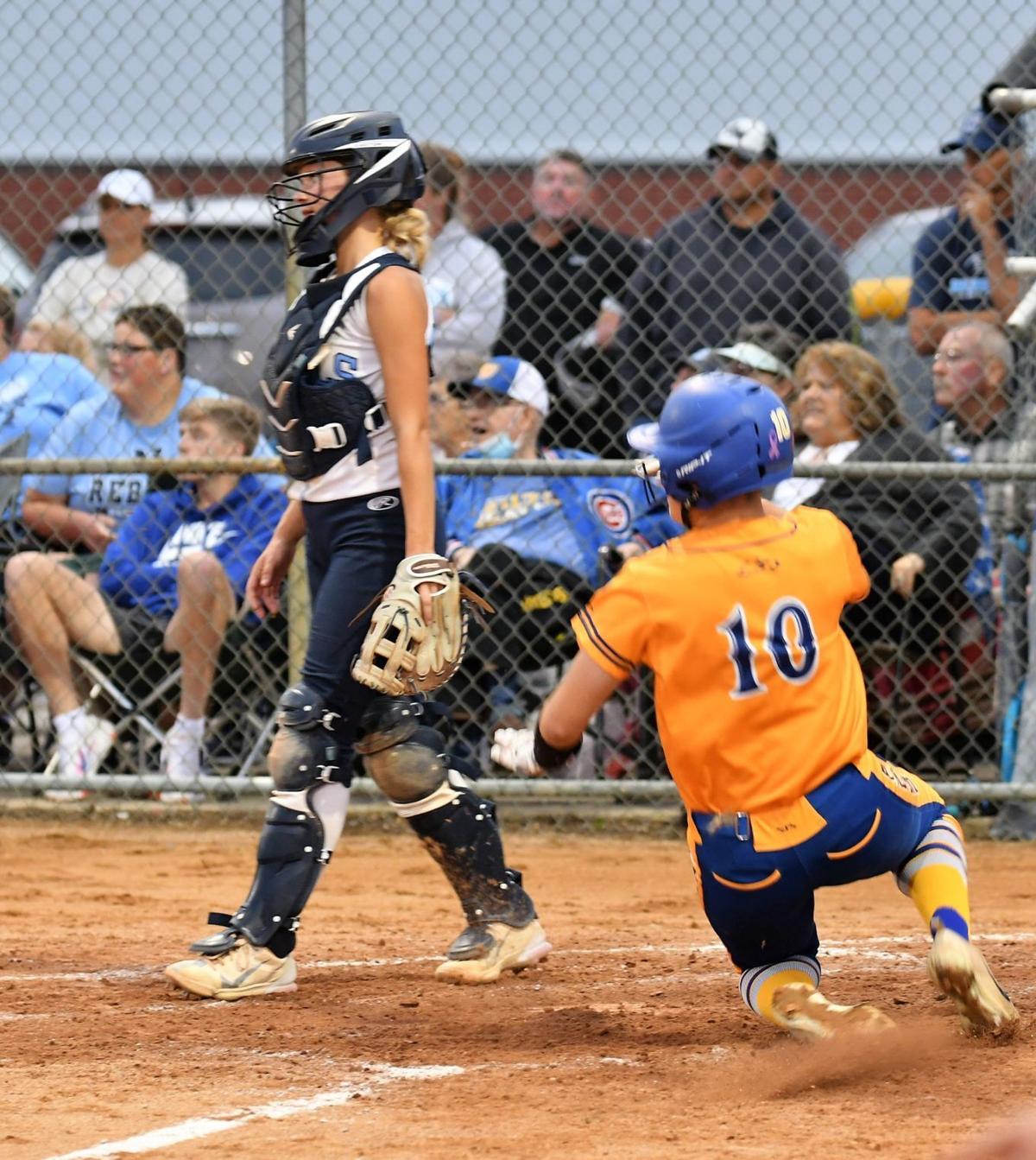 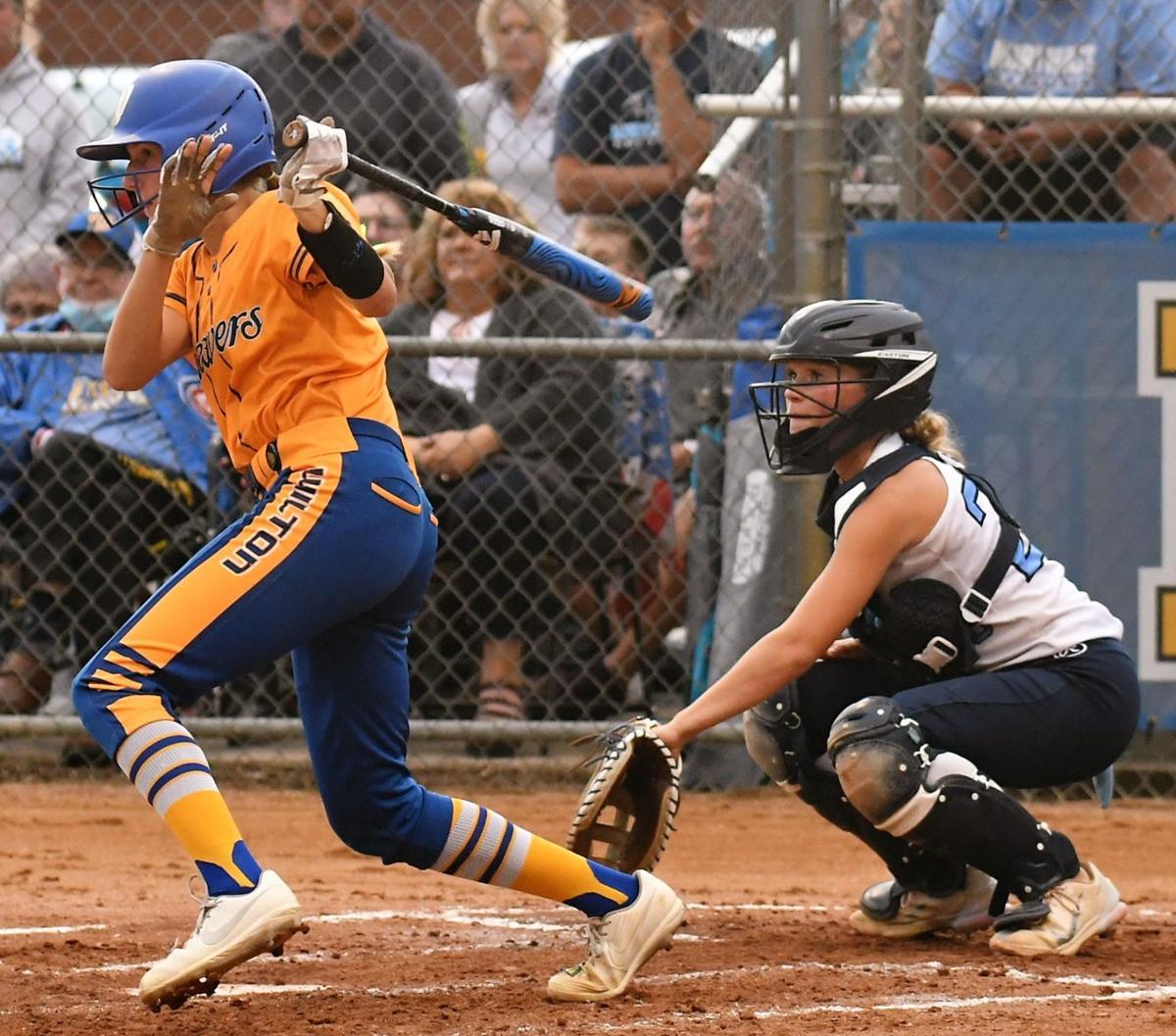 Extra bases: Don't let Pella Christian's record fool you. The Eagles play in the Little Hawkeye Conference, comprised of 3A and 4A schools. They beat 3A fourth-ranked West Burlington/Notre Dame 3-1 during the season, a team Wilton lost to 7-2 in late May. Pella Christian is making its first state trip in 31 years. ... No. 1 Wilton, making its fifth state trip overall and first since 2018, has reeled off 19 straight wins. All three of the Beavers' losses have come to schools in higher classifications — West Burlington/Notre Dame (3A), Fairfield and Clear Creek Amana (both in 4A). Wilton is hitting .427, second best in the 2A field. The Beavers are seeking their first state quarterfinal win in program history.

At stake: Winner advances to the semifinals at 3 p.m. Wednesday against Atlantic (33-5) and Anamosa (32-9) winner.

Extra bases: The top-ranked team in Varsity Bound's Power Index for all five classes, Assumption is seeking a fourth state title in five years after finishing third a season ago. The Knights outscored their three regional opponents, 35-1. Wohlers is four home runs shy of the single-season state record held by Ankeny's Kendyl Lindaman and Fort Madison's Erica Martinez. ... Clarke, located in Osceola, beat two top-10 teams in regionals in fifth-ranked Albia (6-1) and ninth-ranked Eddyville-Blakesburg-Fremont (11-4). The Lady Indians placed fifth in the South Central Conference at 5-7. Clarke ranks 60th out of 64 3A teams in hitting at .250.

At stake: Winner advances to the semifinals at 5 p.m. Wednesday against Mount Vernon (34-4) and Estherville-Lincoln Central (23-8) winner.

Extra bases: Williamsburg, ranked third in the final 3A rankings, beat No. 8 West Liberty 11-3 during the regular season. The Raiders can establish a single-season school record for wins with a quarterfinal victory. Seven of Williamsburg's 10 defeats are to 4A and 5A schools. ... West Liberty is making its second state tournament trip after taking third in its inaugural trip in 2019. Gingerich is the lone senior starter for the Comets, whose roster features nine eighth-graders. Coach Chad Libby's team was second in the River Valley Conference South Division behind Wilton. West Liberty has three sets of sisters on the team (three Halls, Morrisons and Buysses).

At stake: Winner advances to the semifinals at 7 p.m. Wednesday against Iowa City High (33-7) and Ankeny Centennial (31-9) winner.

Extra bases: Fifth in the final rankings, PV slid up to the No. 2 seed after Muscatine, Johnston and Indianola fell in regional finals. The Spartans, who have lost just once since June 19, beat Southeast Polk 7-5 at a tournament in Cedar Rapids in mid-June. Wood, off to play at Iowa State in the fall, enters the state tournament with 265 hits, 221 runs and 138 stolen bases for her career. ... The Rams are making their first state trip in seven seasons (state runner-up in 2014). They aren't prolific in the circle with a team ERA of 3.94, but the Rams lead the state (all classes) with 46 home runs. Southeast Polk has six starters hitting better than .345.

Extra bases: This is a rematch of last year's state quarterfinal in which Fort Dodge stymied Bettendorf 7-0. Adams, an Iowa recruit, pitched a two-hit shutout with eight strikeouts. The second-ranked Dodgers are stout offensively, hitting better than .415 and have scored double-digit runs 20 times this season. Fort Dodge is making its fourth straight state trip and sixth in seven years. It has never won a state title. ... No. 13 Bettendorf, batting .371 as a team, beat Davenport West and top-ranked Muscatine in regionals. Sophomore catcher Ellie Erpelding is 8-for-18 in her last six games, including five hits in the postseason. The Bulldogs haven't won a quarterfinal game at state since 2002.

Can the Philadelphia Phillies make the playoffs?

How can the Carolina Panthers stay hot?

How can the Carolina Panthers stay hot?

What's the cause for Sam Darnold's early success?

What's the cause for Sam Darnold's early success?

Monday briefing: Bix closures and a lesson for Bix guests navigating the I-74 bridge, and Q-C trends in use of police force

We're looking at  a return to warm, dry weather after a rain-filled week of milder temps. Here's the forecast from the National Weather Service.