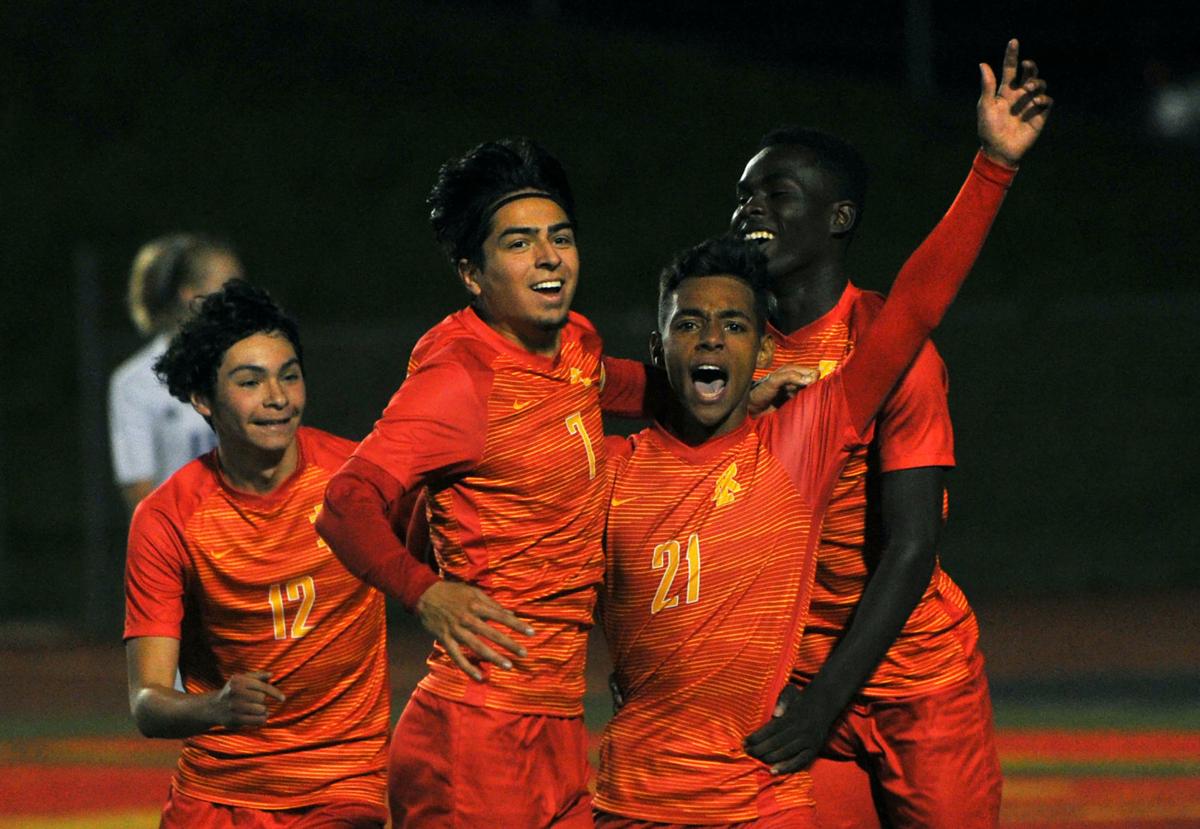 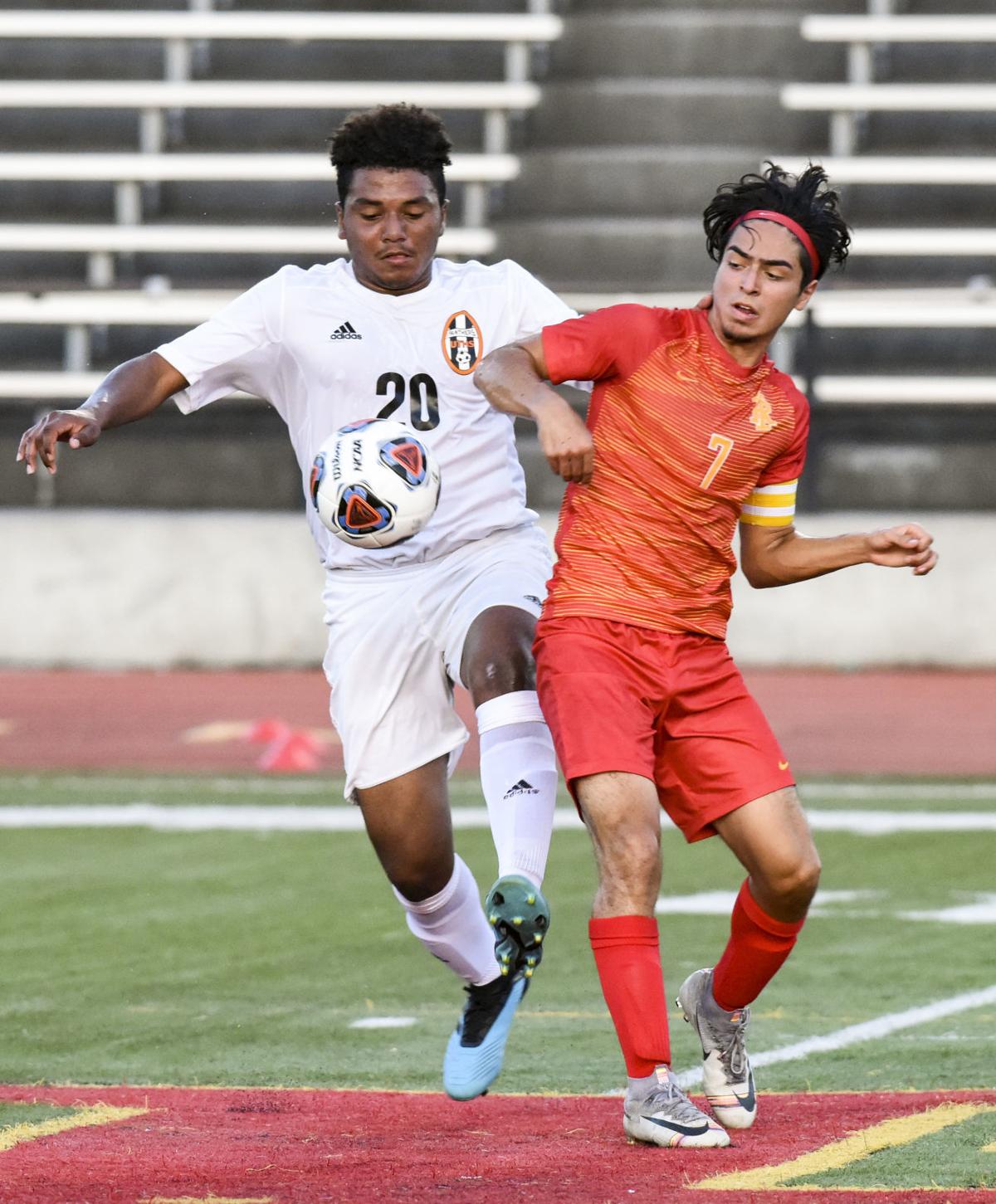 Rock Island and United Township battle it out earlier this season at Almquist Field in Rock Island. The Rocks claimed the Western Big 6 Conference showdown, 3-2. 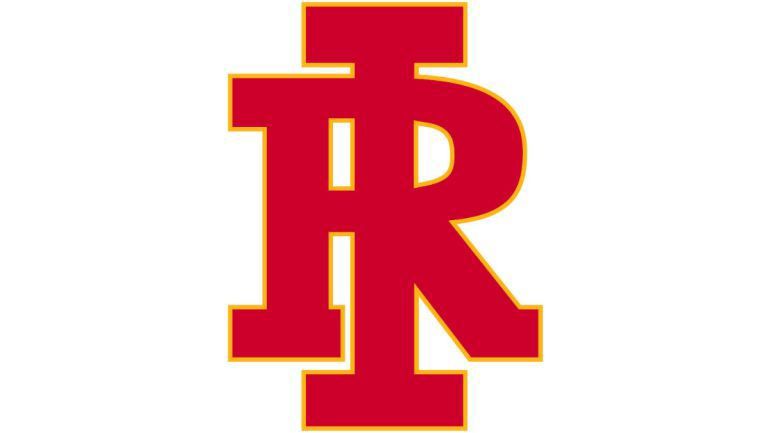 ROCK ISLAND — Throughout an impressive regular season, first-year head Rock Island boys’ soccer coach Rudy Almanza has welcomed how his team has “bought into his story”.

Under his leadership, the tight-knit group of unselfish players has put together a 13-game unbeaten streak and closed the regular season with a 1-0 home victory over Quincy, which earned the Rocks their first-ever outright Western Big 6 Conference title.

For what it’s worth, the Rocks are ranked No. 11 in 2A on the MaxPreps Illinois soccer rankings.

Rocky enters the postseason hoping to follow a similar path as the girls’ team, which won its first-ever regional title in May after making the jump down to Class 2A.

The Rocks scored more than one goal just five times this season, but their defensive strength is undeniable. Rocky allowed just six goals all year — and only two in seven conference wins, with one of those goals coming on a penalty kick against Alleman.

Its only loss of the year came 1-0 on Sept. 6 to Edwardsville, a No. 1 seed in Class 3A. Rock Island has outscored its opponents 35-6 this season, having not allowed more than one goal in any game.

An athletic and well-conditioned lineup with versatility has been a strength for Almanza and his team. Unselfish play and scoring ability from a multitude of players has kept the Rocks from being one-dimensional.

Rocky’s first-year head coach was involved with the Rock Island Futbol Club since 2008, so the buy-in from his players was strong early on among a group with years of familiarity.

The ending of this year’s soccer story has yet to be written for Rock Island, but Almanza’s debut season has so far been a thriller.

“Setting the short term goals early on with the team, helping them understand them and to achieve them,” Almanza said after the Quincy win, “they believed it right away.”

FYI: O-S United (19-7) advanced Saturday after LaSalle-Peru forfeit the game ... O-S takes on Geneseo (11-5-1), which finished fourth in the Western Big 6 Conference and closed the season with a 3-0 win over L-P … O-S has never won a regional title; Geneseo’s last regional title came in 2015. ... The Dixon Dukes (13-5-2) finished second in the Big Northern Conference … Geneseo and Dixon shortly were NIB12 rivals prior to 2013 … Streator/Woodland was 19-3-2 and finished in a three-way tie in the Interstate Eight Conference this season.

FYI: United Township (14-7-1) carries a four-game win streak into the postseason, where it opens against conference rival Moline (10-7-3) … UT beat Moline 1-0 on Sept. 24 on a Marcos Rojas goal in the 79th minute; Rojas also had the only goal in the matchup in last year’s regional semifinals … UT fell 1-0 to Minooka in last year’s regional final; the second-seeded Indians went 13-9-1 this season … The Pekin Dragons are 11-10.

Hang on to your hats! Its a windy one out there today. Here are the weather details from the National Weather Service.

Rock Island and United Township battle it out earlier this season at Almquist Field in Rock Island. The Rocks claimed the Western Big 6 Conference showdown, 3-2.