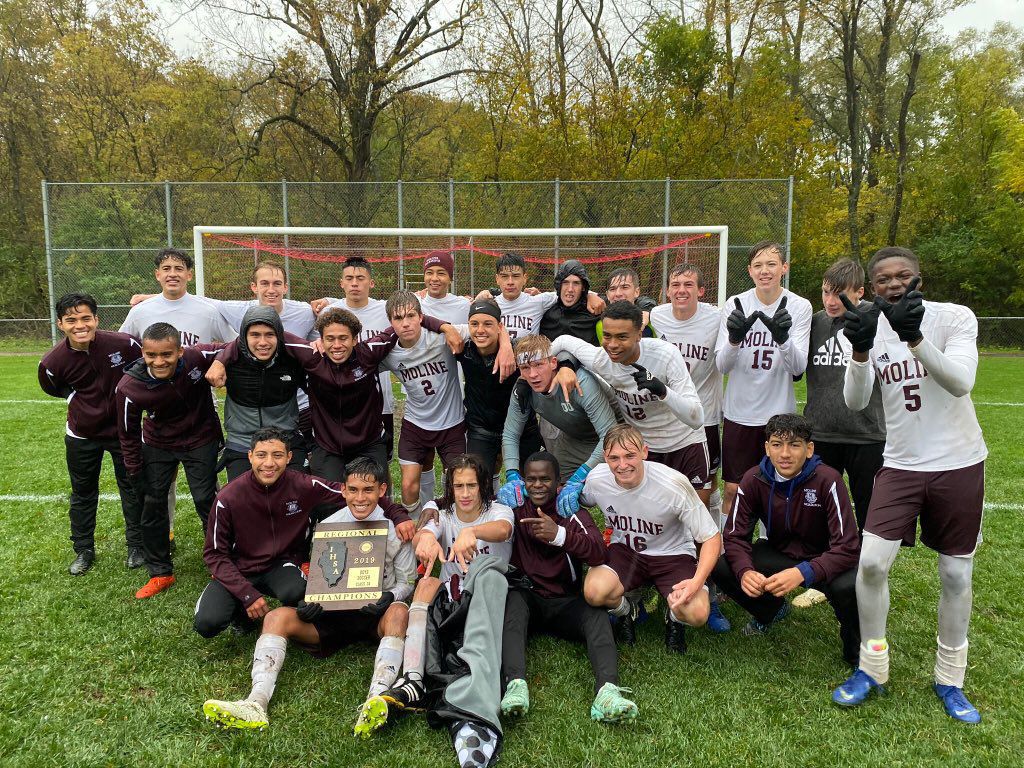 The Moline soccer team after winning the Class 3A Pekin Regional title on Saturday. The fifth-seeded Maroons beat second-seeded Minooka, 2-1. 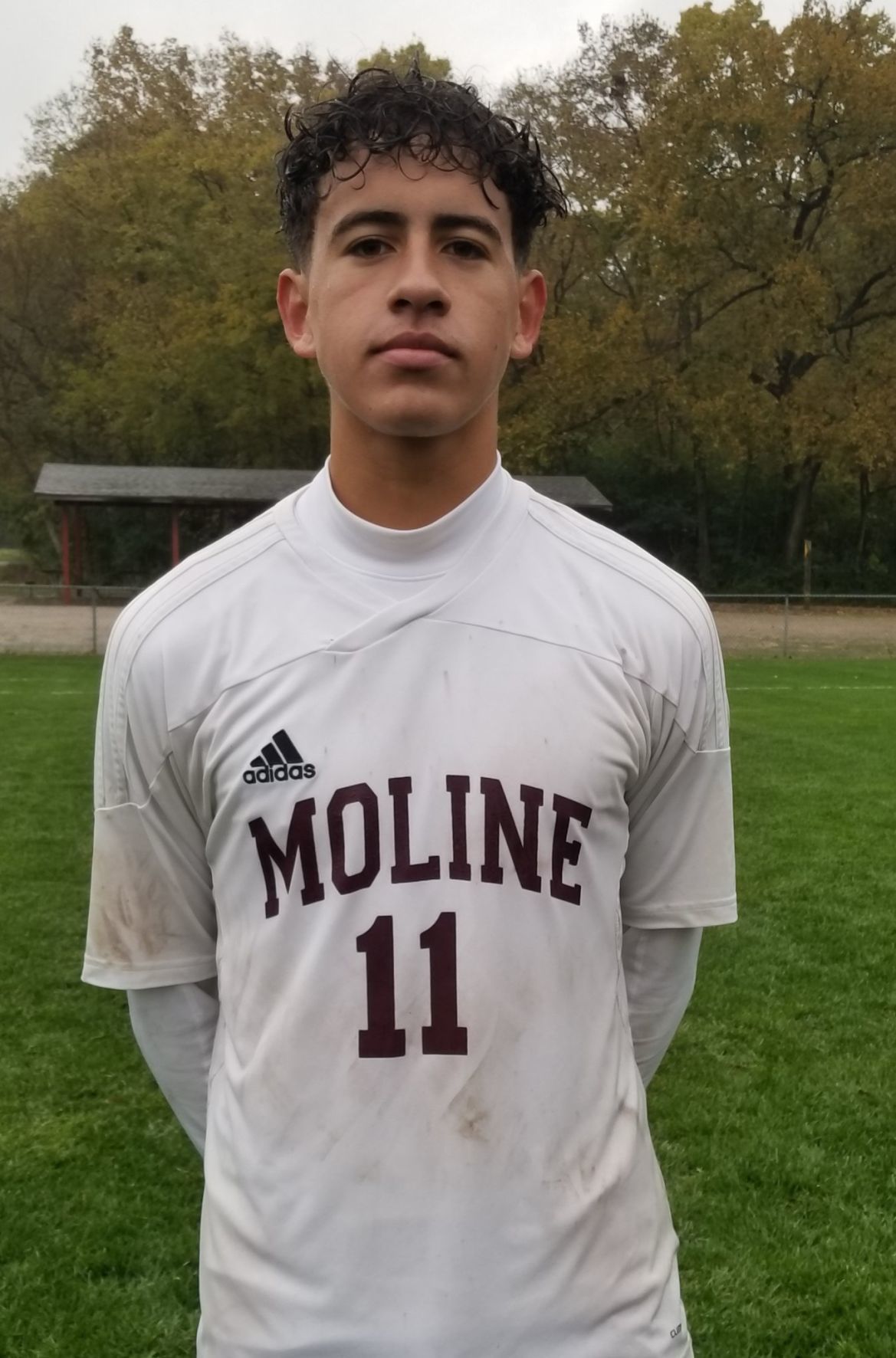 PEKIN — The weather was terrible, the field was slick at times, and the opponent was talented.

It was the second postseason upset by seed in a row for the fifth-seeded Maroons (12-7-3), who won their first regional plaque since 2015. Moline advances to face No. 1 seeded Joliet West on Tuesday at 4:30 p.m. in the Normal Community West Sectional semifinal.

Moline coach Rick Sanchez said his team, which finished fifth in the Western Big 6 Conference, kept working hard to overcome some regular-season road bumps to get to this point.

“I’m so proud of these guys, it’s been an up-and-down season,” Sanchez said. “This was one of our goals and obviously we were able to achieve it. It’s all those guys right there. They put a lot of work into it, they believed in each other, and I think this feels good for them.”

Moline junior Jose Ruiz gave his team the early lead on a rainy, chilly afternoon by tapping in a Blake Bastian cross for a goal in the seventh minute.

The Indians (14-10-1), who won last year’s regional title, tied the game when Ryan Felgenhauer’s free kick shot found an opening into the net in the 24th minute.

“We came here prepared,” Ruiz said. “It’s not over, we’ve just got to keep going.”

Moline keeper Carson Klavohn had to deal with a wet, muddy surface and conditions he said were the worst he’s ever played in. His light blue gear was soaked and mostly dark brown by the end of the game.

The junior goalie made one of the biggest plays of the game when he denied a Minooka penalty kick around 30 seconds before halftime, keeping Moline’s lead 2-1.

He dove low toward the goalpost to save the shot attempt.

“I couldn’t even tell I saved it; too much was running through my head,” said Klavohn, who finished with six saves. “It was wild.”

“He had a good read on it,” Sanchez said, “and he made a tremendous save.”

Moline closed out the win despite being out-shot 13-4 (7-4 on goal). The Maroons showed early intensity once again, which Sanchez recognized before the game even started.

“We got here an hour-and-a-half early and these guys were outside already warming up and kicking the ball around an hour prior to the game,” Sanchez said. “And I told them before we even started our official warmup on the field, you guys are ready to go … This was a great team effort overall and I’m proud of these guys for the level of maturity and the growth they have shown throughout the whole season.”

“I believe in these guys, and I think they believe in each other, and we’re going to do the best we can come Tuesday."

The Moline soccer team after winning the Class 3A Pekin Regional title on Saturday. The fifth-seeded Maroons beat second-seeded Minooka, 2-1.