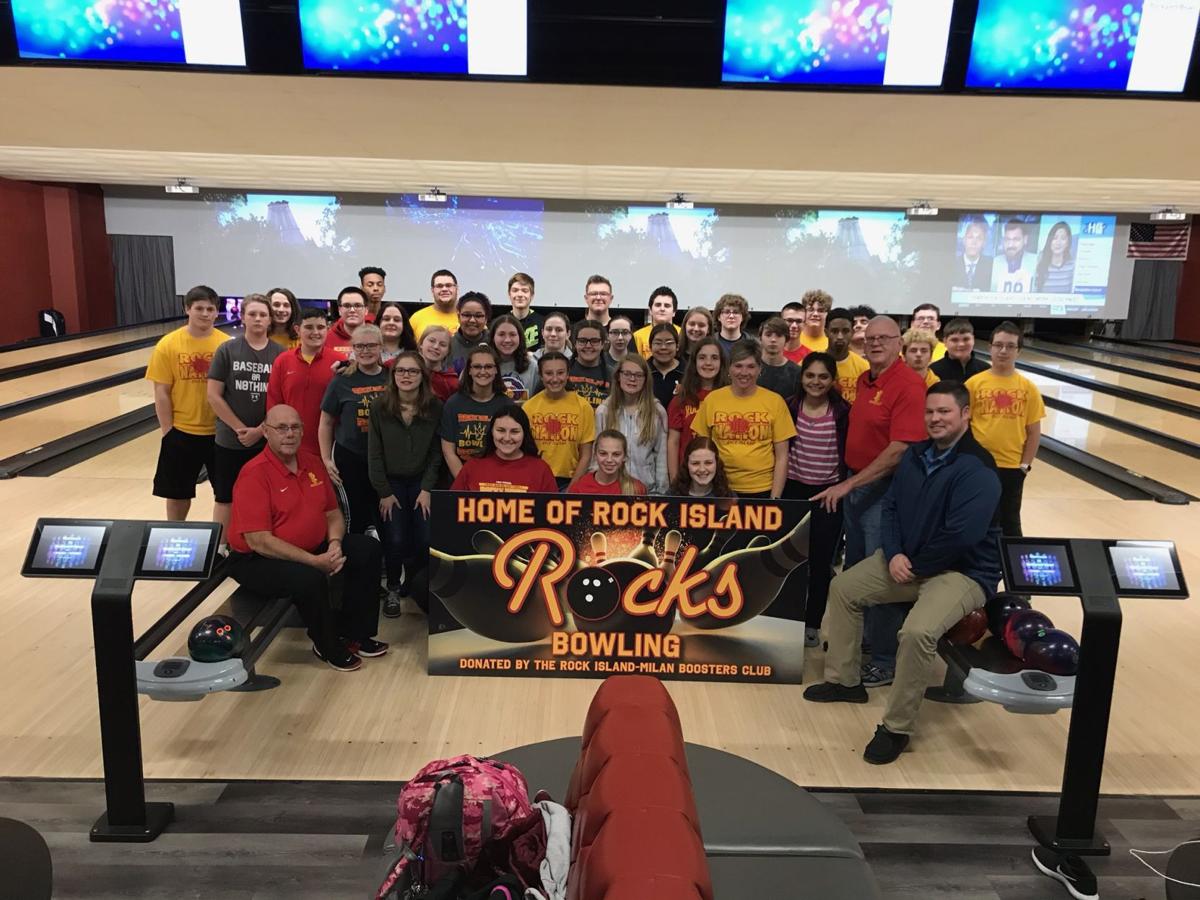 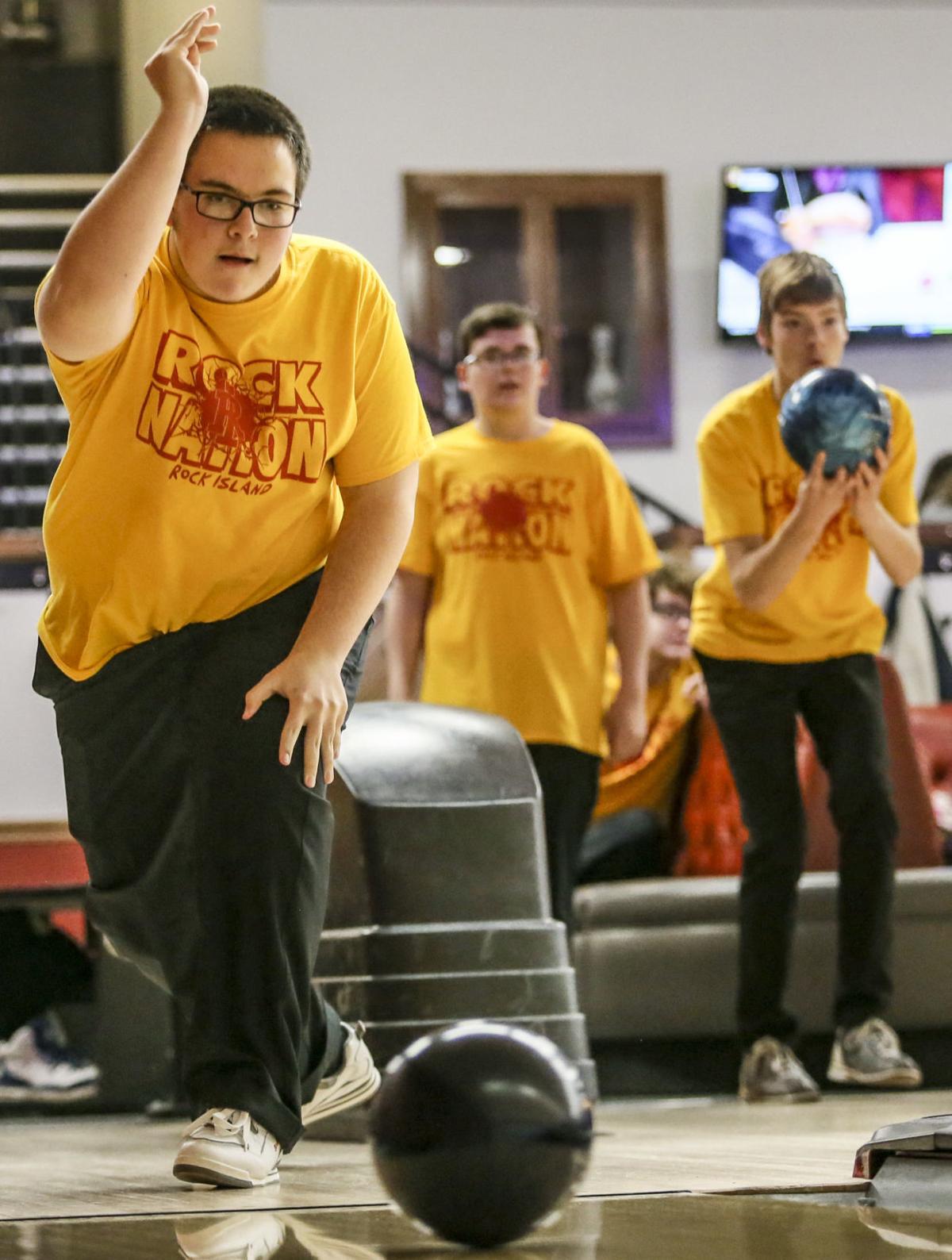 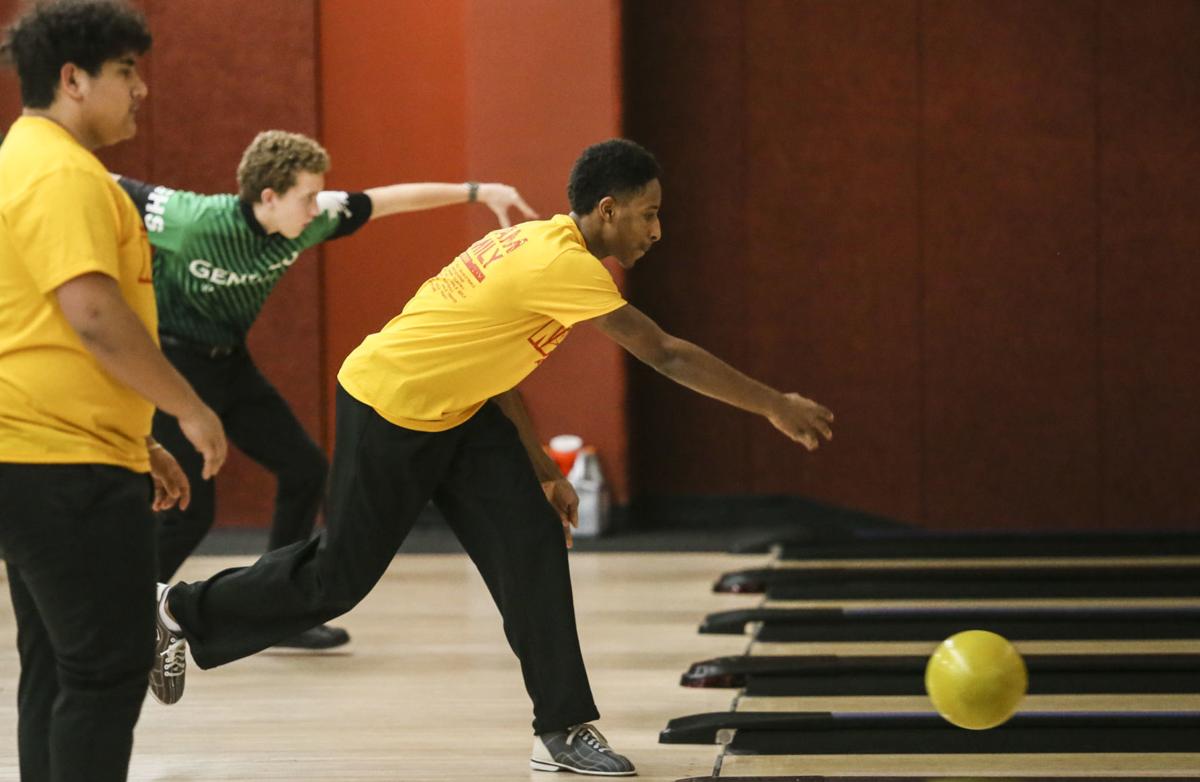 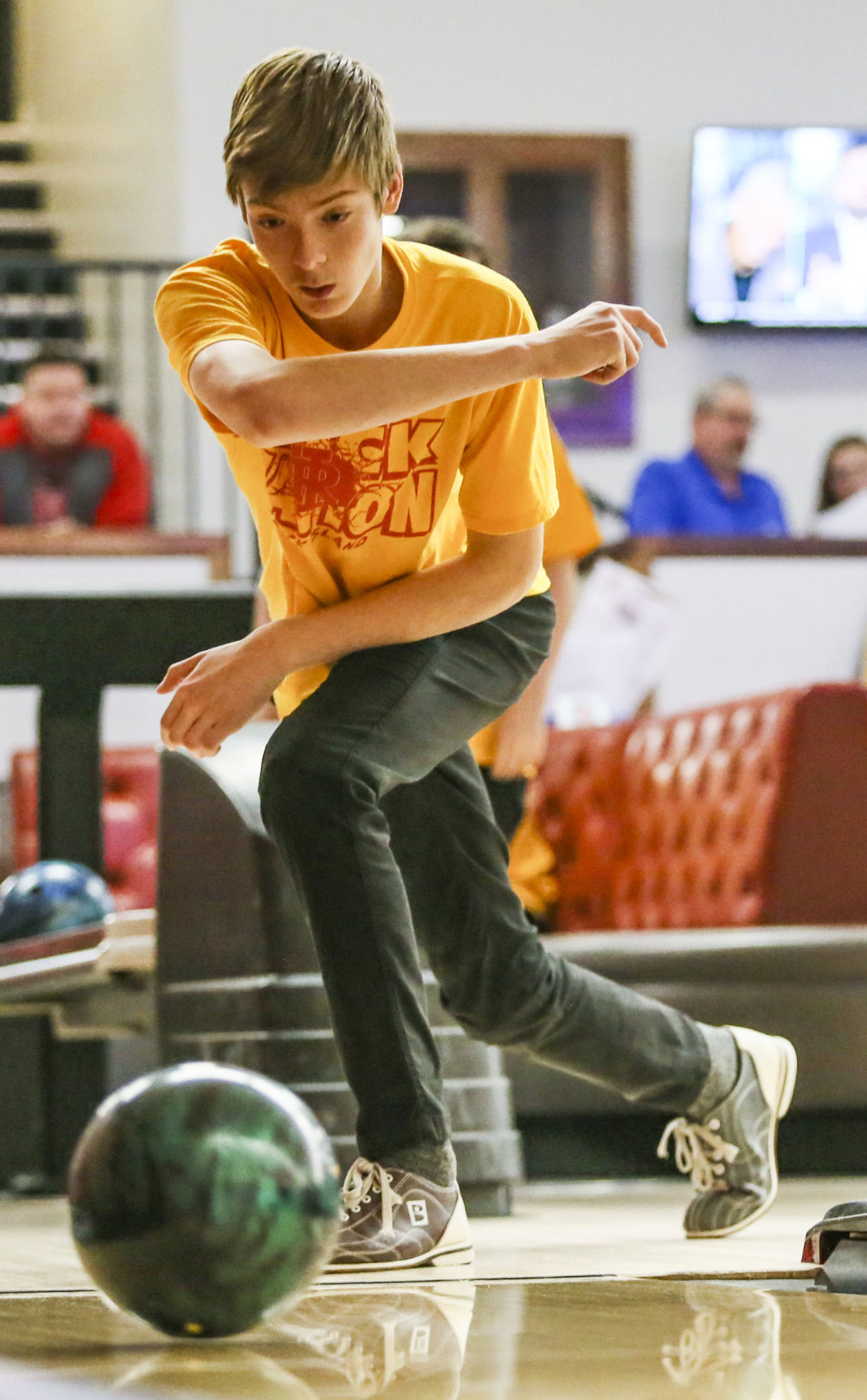 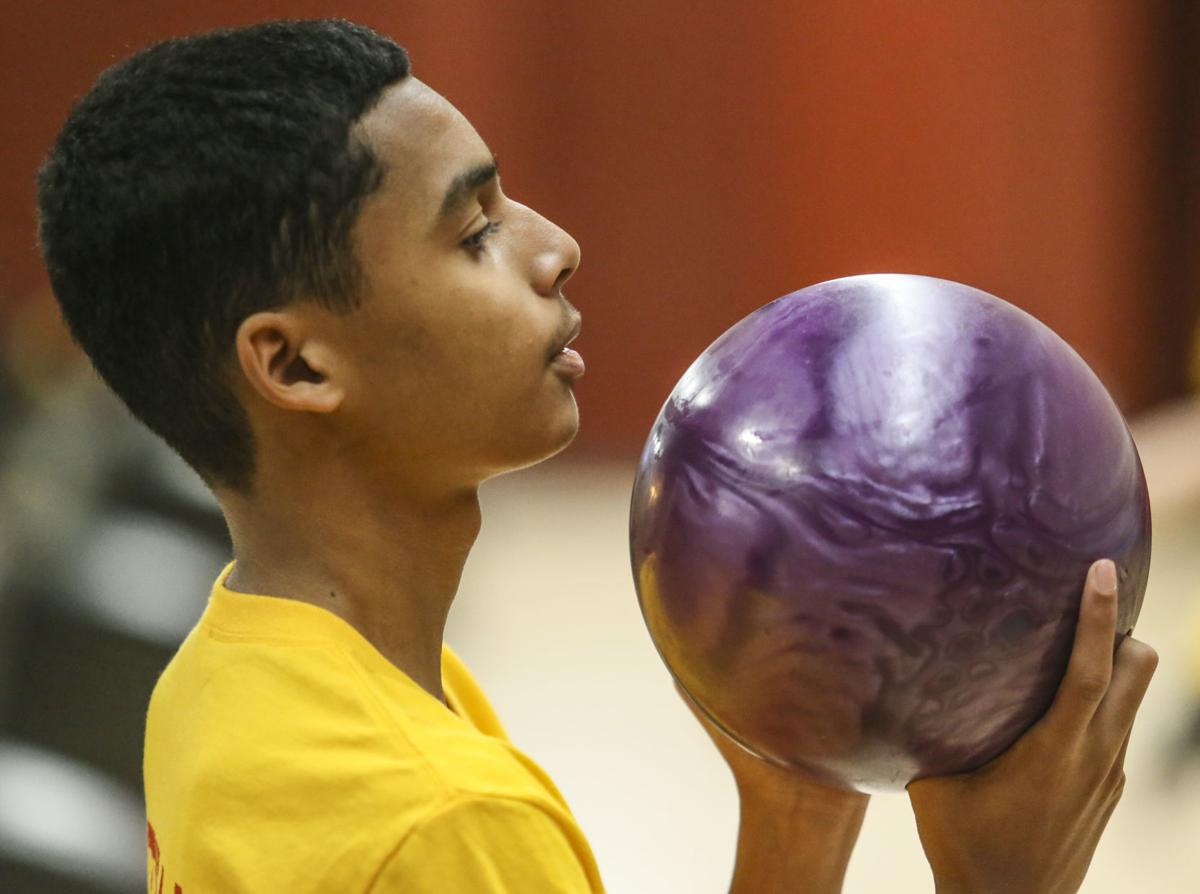 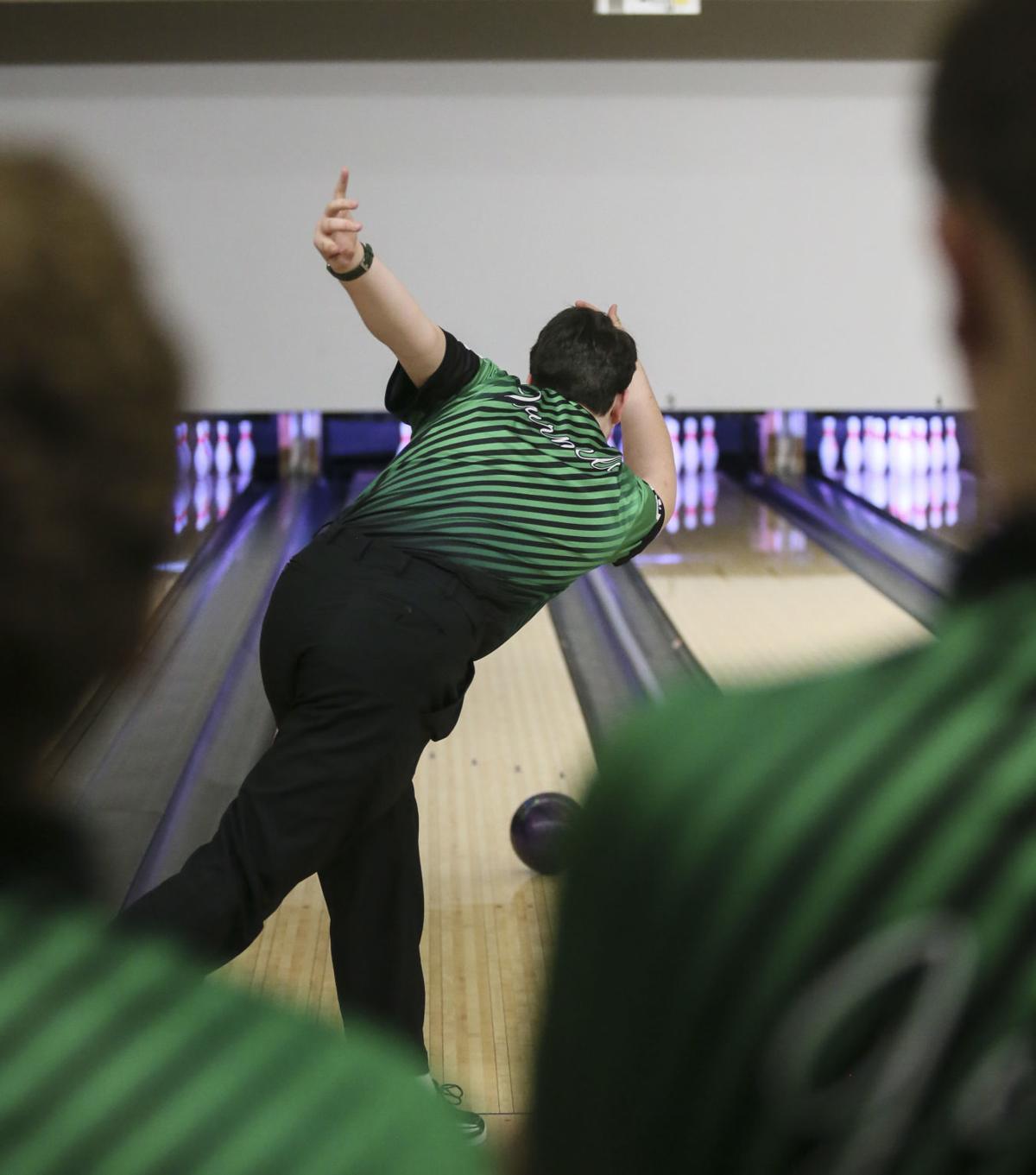 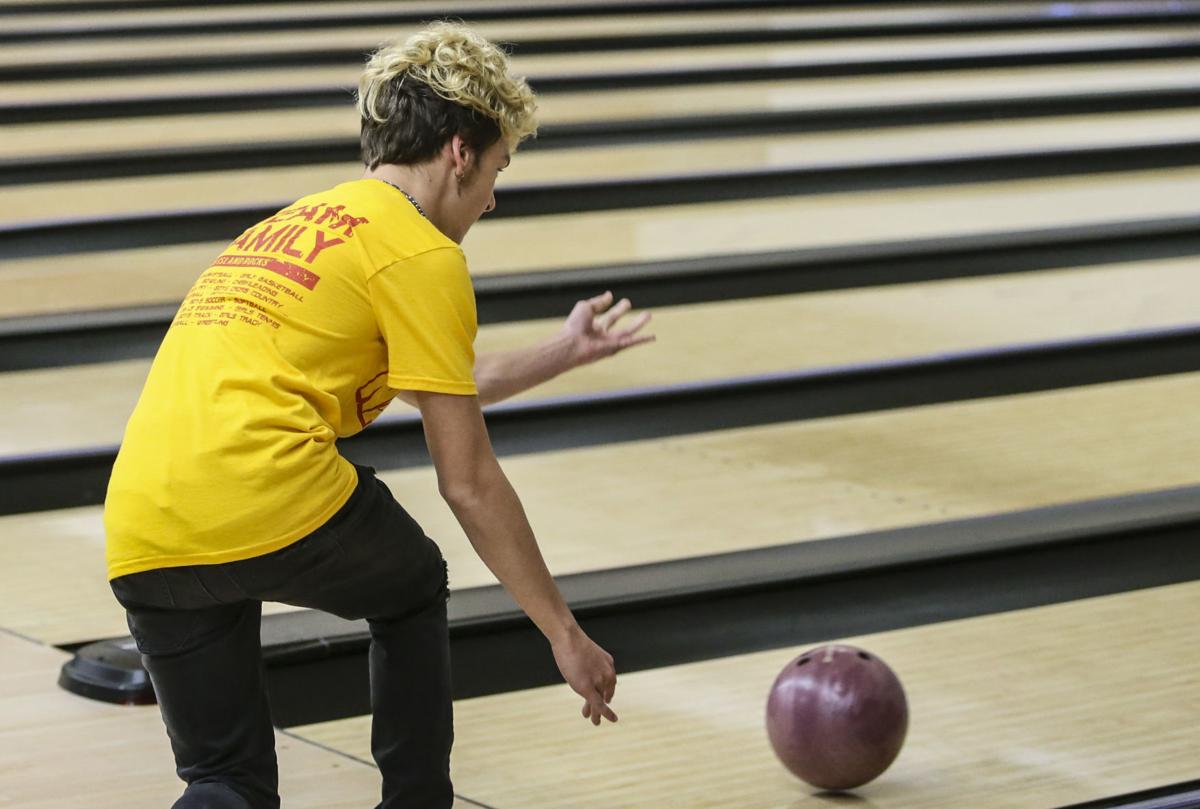 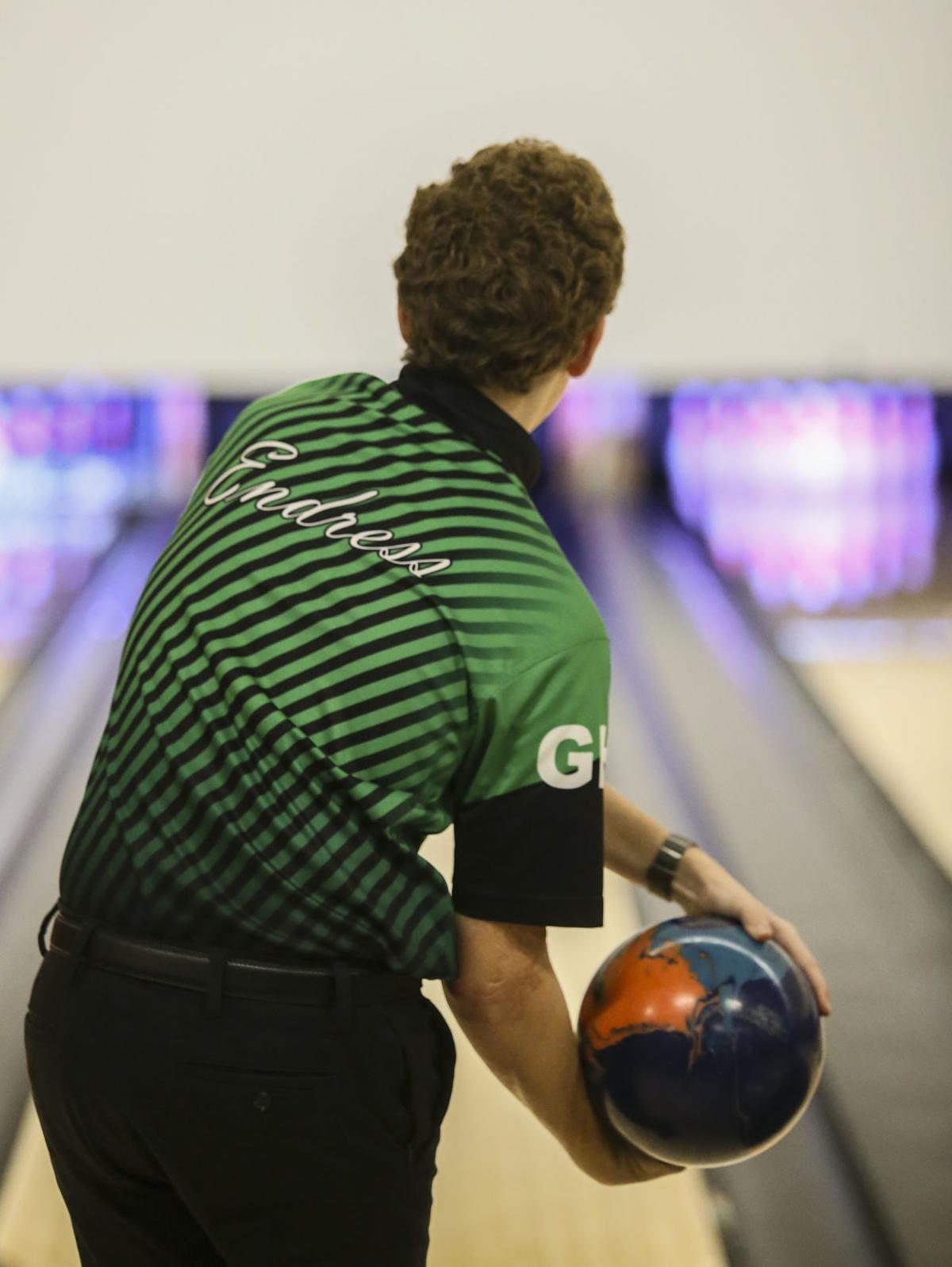 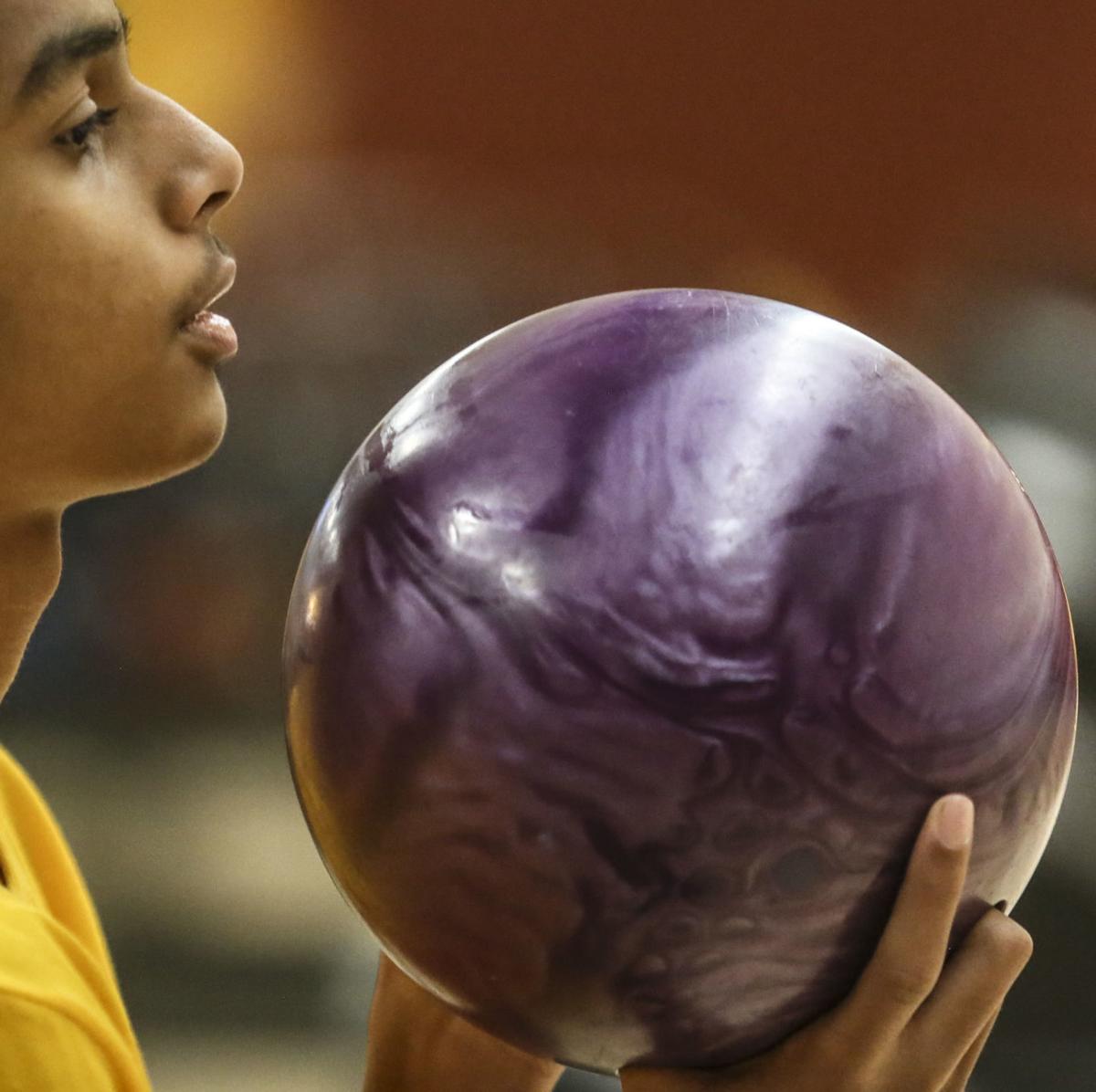 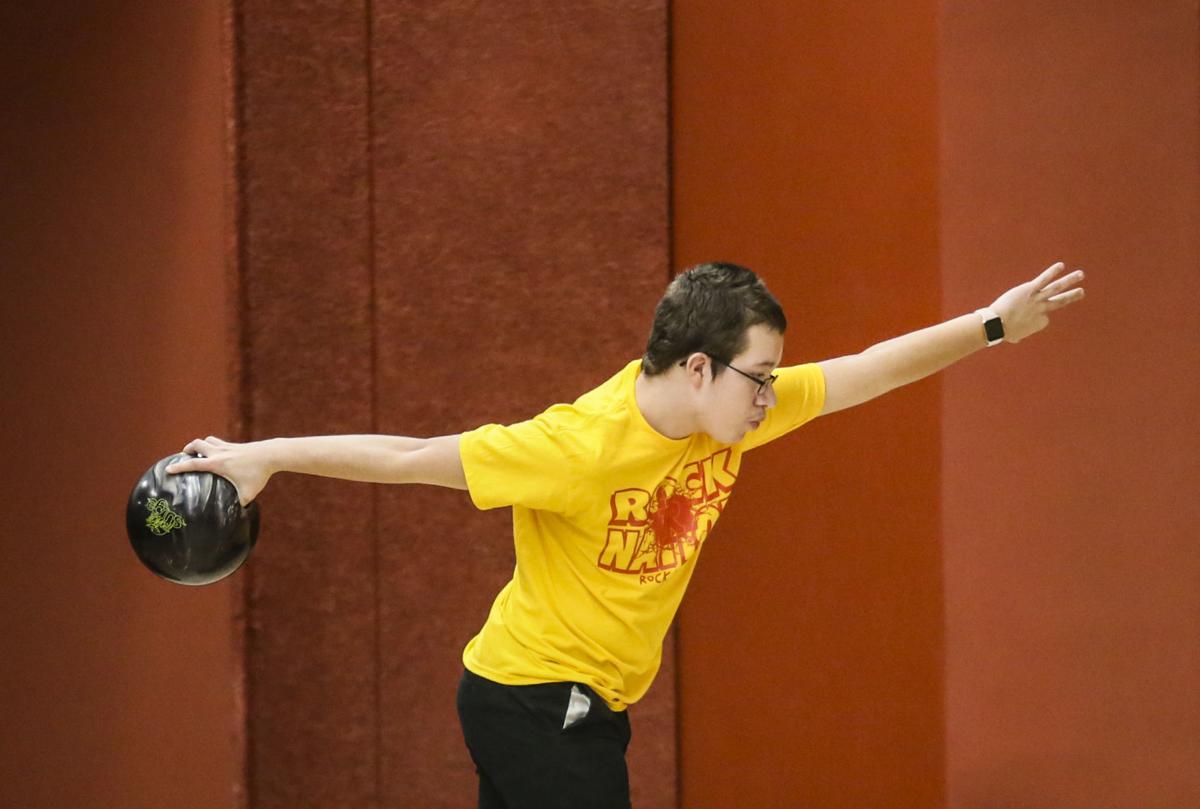 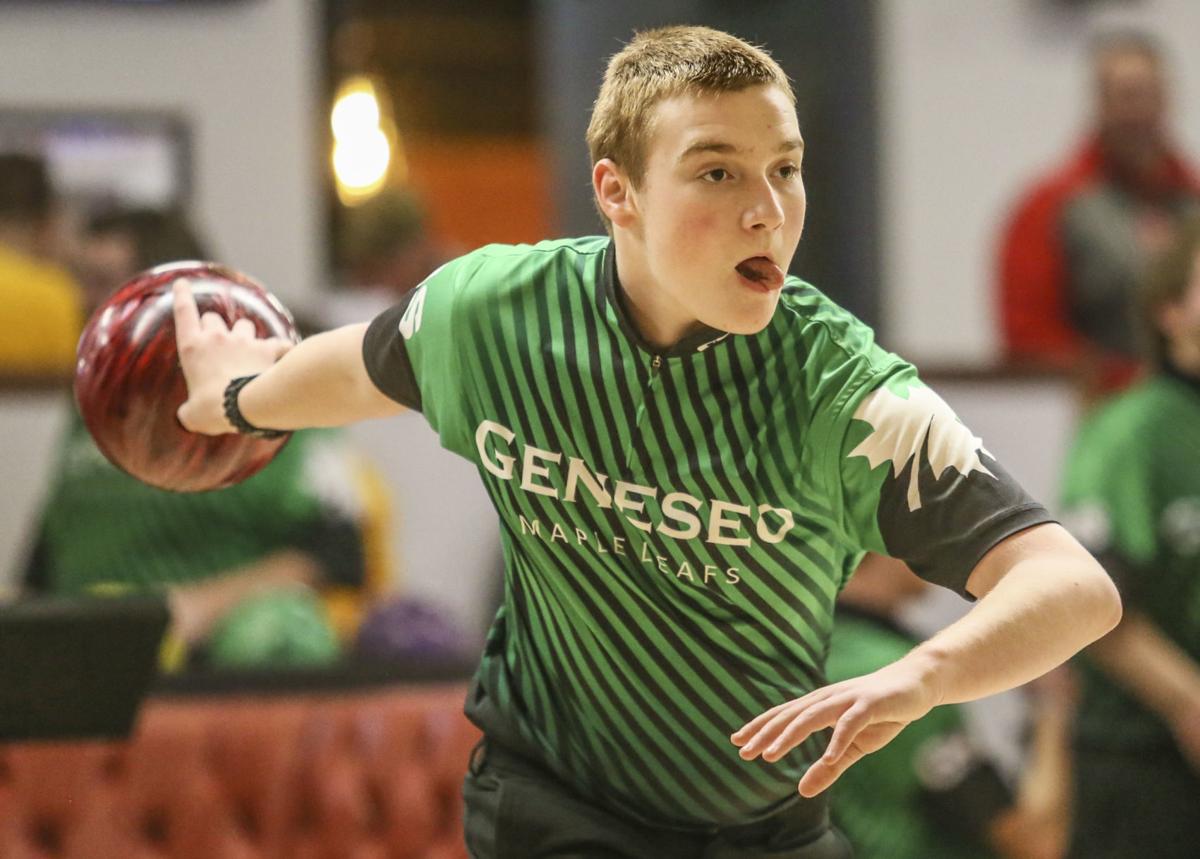 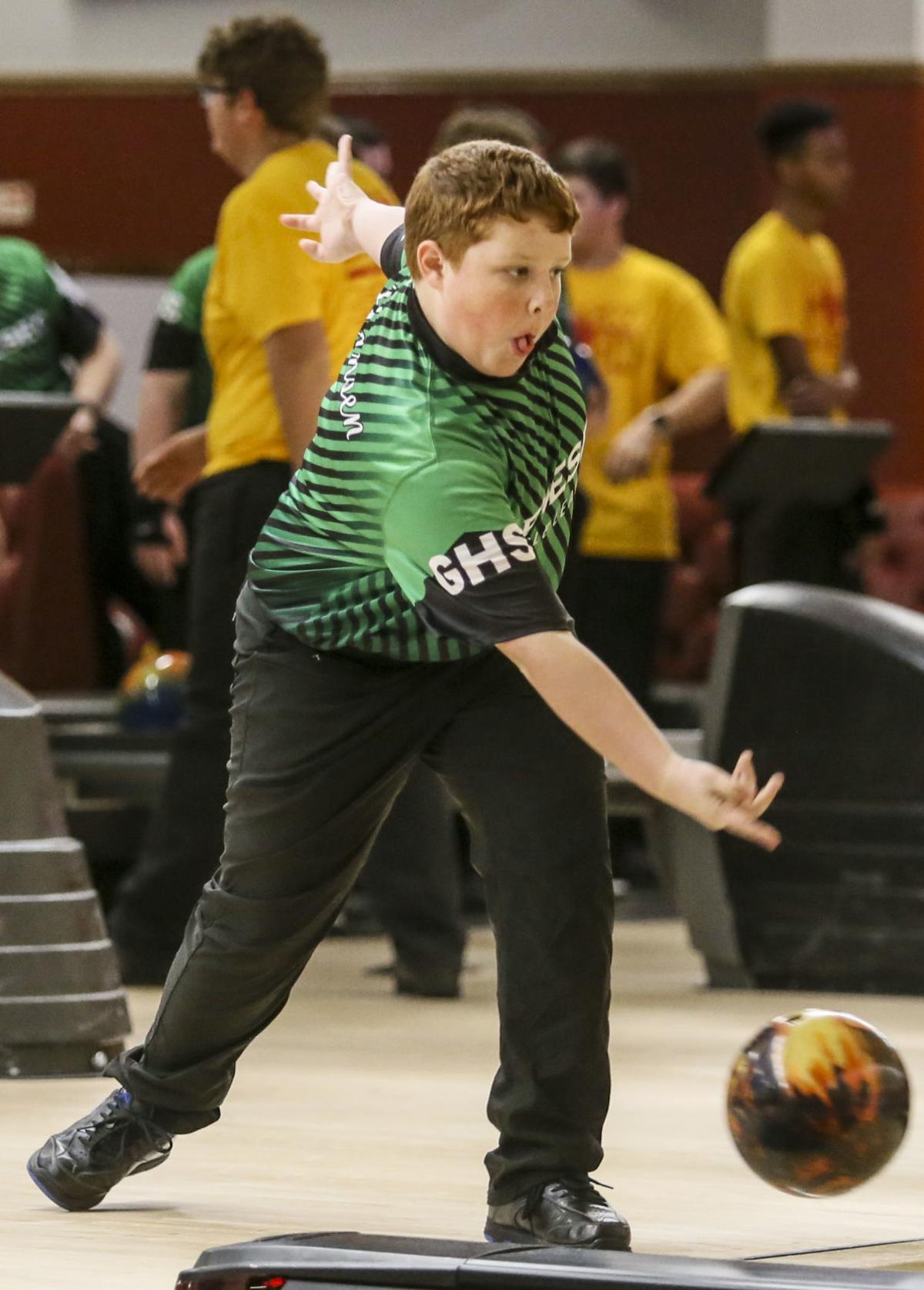 ROCK ISLAND — In his 40th year of coaching girls’ bowling at Rock Island, Jim Braet and the Rocks officially have their first boys’ bowling team.

Just about a month ago before the first dual, that wasn’t the case.

Thanks to Rocky Athletic Director Michelle Lillis and an enthusiastic group of 24 bowlers, it finally happened at the school with a long history of girls’ bowling.

Coaching the team is 2009 Rocky grad Ethan Gordon, an experienced bowler who was the first to sign with a scholarship at St. Ambrose in the sport. Braet approached Gordon about coaching the team over the summer, and Lillis made the call just a few weeks before the first meet.

“We have had a lot of boys come to me in the past to start a boys’ bowling team but I couldn’t do much more than tell them to go to the athletic director and put it in the ear of the school board,” said Braet. “Michelle (Lillis) took the plunge. She is financing it for this season and paying Ethan’s salary for this first year.”

The team consists of mostly underclassmen simply excited to try the sport, but the team’s enthusiasm has matched its coach’s optimism early on.

“Guys have been excited,” said Gordon, 28. “Scores are going up and we’re starting to get into a rhythm. Friendships are being made on the team, their attitudes are good and they’re working outside practices to continue getting better.”

The Rocks’ first official competition took place Dec. 4 at Backyard Bowl in Milan — their home lanes this year — against Geneseo, which made boys’ bowling an official school sport in 2016. Gordon said he spoke with their coaches and appreciated getting some perspective on the sport.

United Township has had individuals compete and Moline has discussed having a team, but Gordon and Braet hope their school’s plunge can help get the ball rolling at other area programs. Sterling has a team and Galesburg may be close, so boys’ bowling is just another step away from establishing itself as a sport in the Western Big 6 Conference.

“It’s just exciting to finally have it,” said Gordon, who was relegated to bowling on his own in high school in junior leagues and scholarship tournaments. “There’s been talent go through Rocky for years and the QC area has tons of talent in general for bowling.”

Gordon works at John Deere Harvester Works in Davenport and bowls twice a week in a club. He grew up in a bowling family and competed for two years at SAU, and rolled his 10th 300 game the day before the first team meeting. He also has an 800 series under his belt. His cousin, Ashley Gordon, bowled at UT and another cousin, Carli Gordon, bowls for the RI girls.

The Rocky boys have 10 dates on their schedules this year, bowling against Geneseo, Abingdon-Avon, Erie-Prophetstown (another first-year team), Sterling, LaSalle-Peru, and West Central. Their first large competition is the Dixon Toughman Invite Dec. 28.

The Rocks lost their first dual against Geneseo, 3,273-2,832, but Gordon’s main focus is improvement and enjoyment early on. RI’s Austin Muller tied Geneseo’s Tyler Durnell for the 245 high game, and Muller led the Rocks with a 589 series.

Gordon said it was surreal to finally see a boys’ bowling team come to fruition that first meet.

“We had a little team huddle before we started and I asked the guys if they were nervous and I saw some nods,” the coach said. “I just let them know, ‘it’s OK, because I am too, so we might as well go have fun with it.’”

On a team of plenty of young, new bowlers and a few with junior league experience, the main goal is establishing consistency and improving scores, learning to work as a team.

The interest in the sport showed Gordon that bowling isn’t dying like some may think. Thirty boys showed up to the first meeting, two or three times what he expected. And just two are seniors.

“To see this many guys, a lot of them haven’t bowled in a league before, come out and join a team … guys that may not play another sport, this is just a good opportunity for them,” Gordon said. “It’s definitely been fun.”

Gordon, now part of local bowling history at Rocky as well as SAU, is thrilled to be a part of it after everything finally fell into place.

“I didn’t ever think there would be a boys’ bowling team. With this many years we’ve been trying, to be at the helm of it to guide these guys through the first season, it’s going to be a good time. We’re all going to work together and have a little bit of fun and see if we can’t win a few matches along the way,” Gordon said. “Everything that happens is going to be a first. I’m excited to see what those firsts are and when we get to see them.”

Jeff Wendland contributed to this story

Gordon: “We will have enough events to bowl regionals, so hopefully with some good practices over the next month we can give ourselves the opportunity to compete at the next level.”

Pruett: “We have been eagerly awaiting this season since the end of last year. Our junior class is very strong and hungry for success. It should lead to some exciting bowling this year.”

Rickels: “We have 22 bowlers out, and as a new program, we just want to get established and try to compete with those experienced teams.”

It's a transition day in the Quad-Cities. We'll start the day off with mild temps that will quickly fall below freezing by days end as winds kick up.