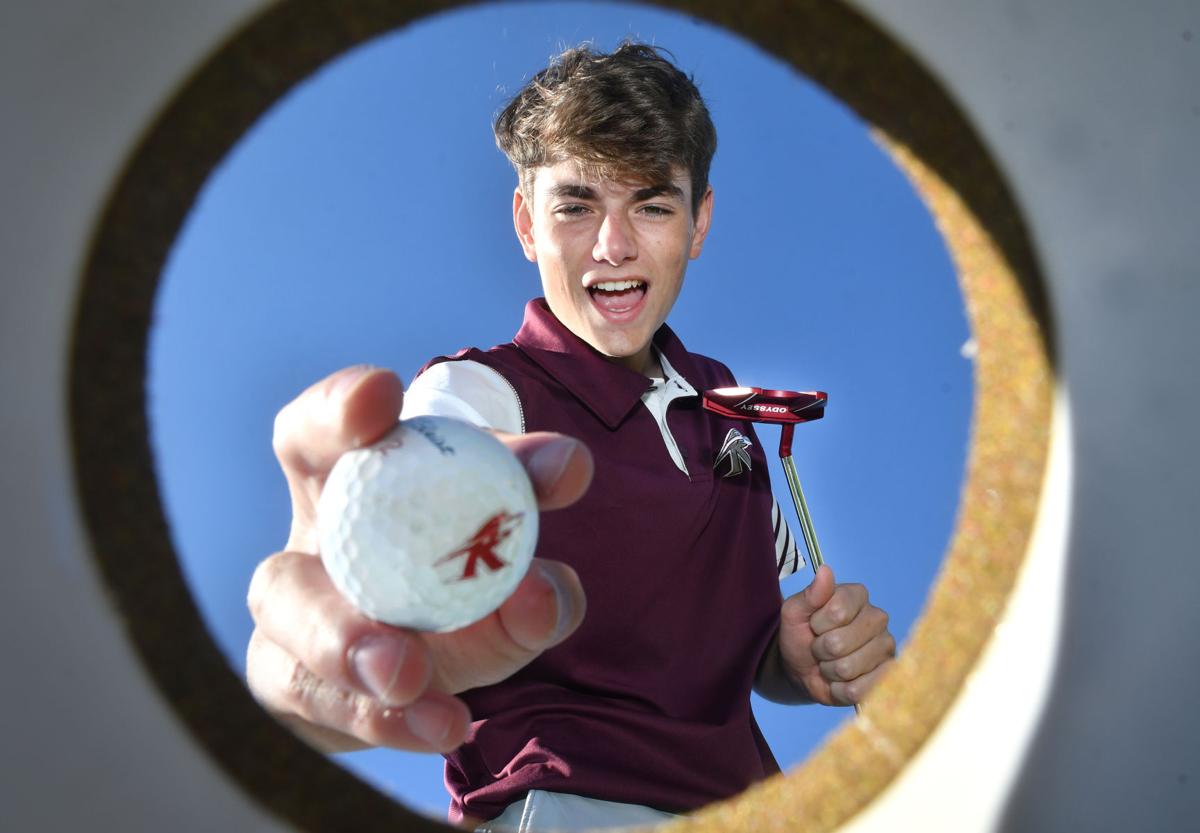 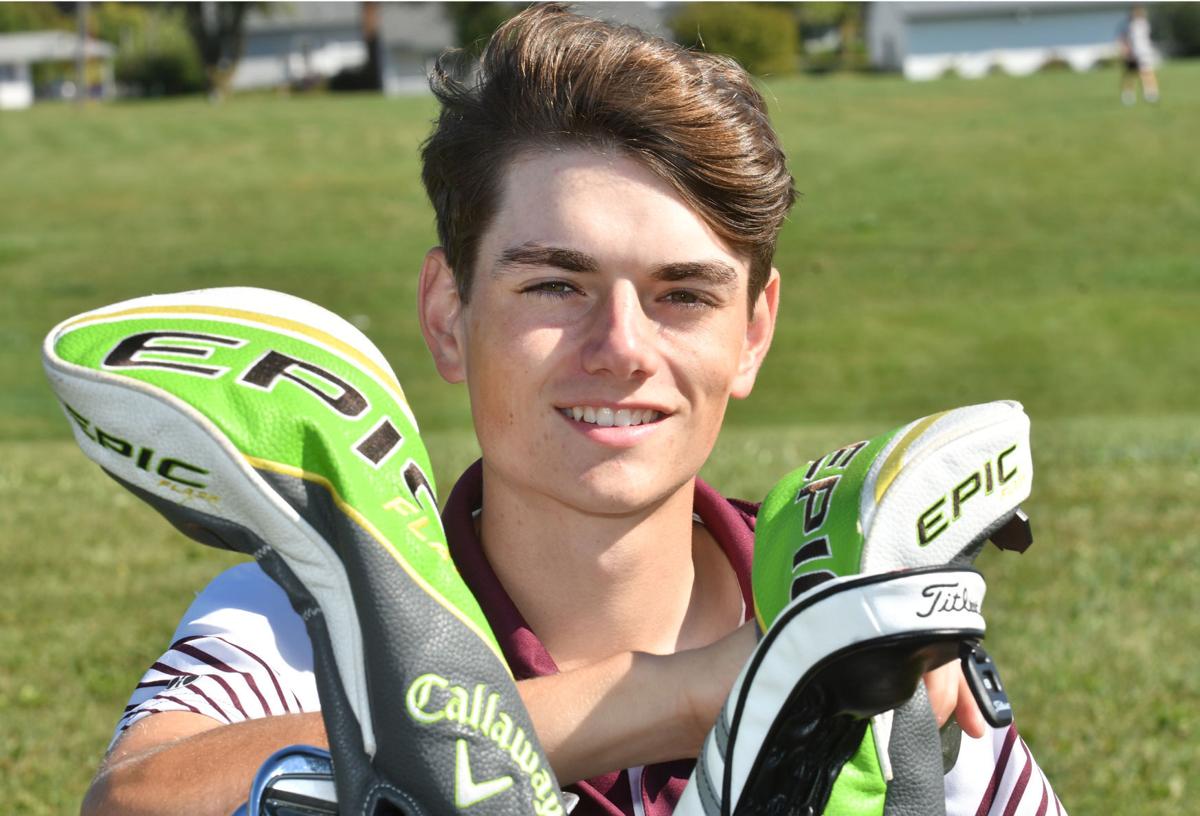 EDGINGTON — Most times, it is the older child that turns his or her younger sibling on to a particular sport.

For the Hall family, it was the other way around.

Two years after Drew Hall first picked up a golf club at four years old, he helped get his older brother Carson interested in the sport about the time the older Hall brother turned 10.

Both of them had strong golf guidance at home as their father Darren spent 15 years as Geneseo's head coach before joining the Rockridge boys golf program just over five years ago.

It was the guidance that helped mold the younger Hall into a two-time Class 1A state medalist and, as of last Saturday, a state-champion player.

"My dad got me into the game, and he still coaches me today," said this week's Illinois Pacesetter, who recorded a 36-hole score of 144 last weekend in Bloomington to join 2000 Class A winner Jonas DeWitte as the only state champions in Rockridge boys' golf history.

"When Carson (a 2018 Rockridge graduate) played, I probably watched about 99% of his meets. I got Carson into the game when he was 10 years old, but he was always a great player, and I loved watching him.

"They pushed me and helped me to get where I'm at," Hall added. "Both of them definitely played a big role."

Making his third trip to the state meet at Bloomington's Prairie Vista Golf Course in four years — last year's state finals were cancelled due to COVID-19 — Hall was able to author the appropriate finish to a record-setting season.

In the Rockets' first meet of the year, he shot a 32 to break the team's nine-hole scoring record of 33, previously shared by Kurt Slattery and Dylan Daxon. Daxon, like Hall, also is a two-time state medalist.

Towards the end of the season, Hall's 3-under par 68 at Riverdale's Wayne Brinkmeier Invitational tied the 18-hole record held by Slattery. That was also the third of his three tournament titles. He also struck gold at the Monmouth-Roseville Invite and Kewanee's Boiler Invite.

"It was definitely a good year," said Hall, "and (winning the state title) was a great way to end it."

As a freshman, Hall missed an all-state medal by one stroke. Returning to Prairie Vista in the fall of 2019 as a sophomore, he rose all the way to third place and felt primed to contend for a title in 2020 before the pandemic intervened.

"I was definitely feeling good about my game, so it was really unfortunate that (state) didn't happen that year," he said. "If that had been my senior year, I would've been extremely disappointed. If we wouldn't have had state this year, that would've been really heartbreaking."

Once he knew the full postseason was going to go ahead as scheduled, getting down to Bloomington was Hall's sole focus.

"My only goal was to make it to state, so I played pretty conservatively at regionals and sectionals," said Hall, who was a regional runner-up before finishing third at the sectional meet.

"I would've been pretty disappointed if I didn't win state, to be honest. I felt pretty confident, and I liked my chances. That was huge, trusting in myself and my swing. Committing to every shot, visualizing it and executing it."

Nearly 15 years after he first picked up a club, another stage of Drew Hall's golf career is complete.

"I played like I wanted to and gave it my all," he said. "I definitely wanted it to end like it did."

With a state championship on his prep resume, that could open the door to the next phase for Hall, who is hoping to take his game to the collegiate level.

"I want to play in college, but I'm not sure where. I haven't had any offers yet," he said. "I plan on playing in summer tourneys, and I hope with this finish, offers start coming in."

Favorite TV show: "How I Met Your Mother"

Scattered showers are possible this morning. Here are the weather details from the National Weather Service.