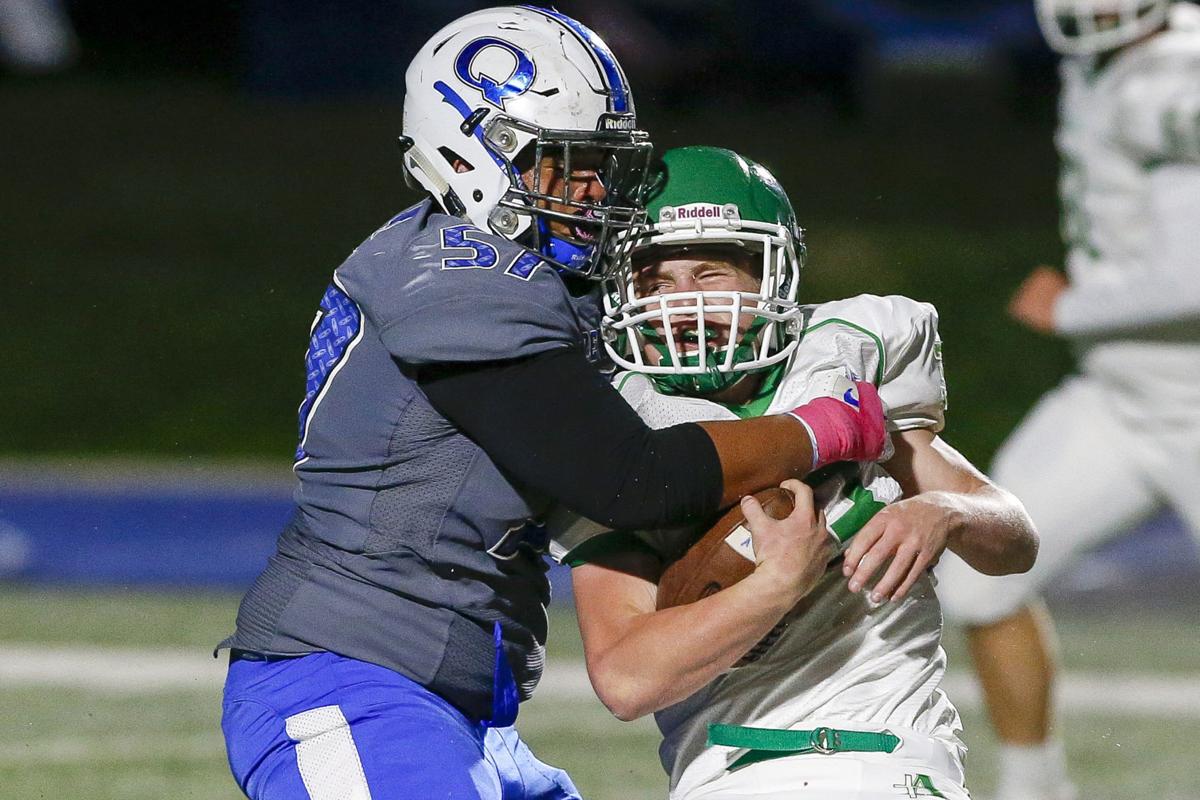 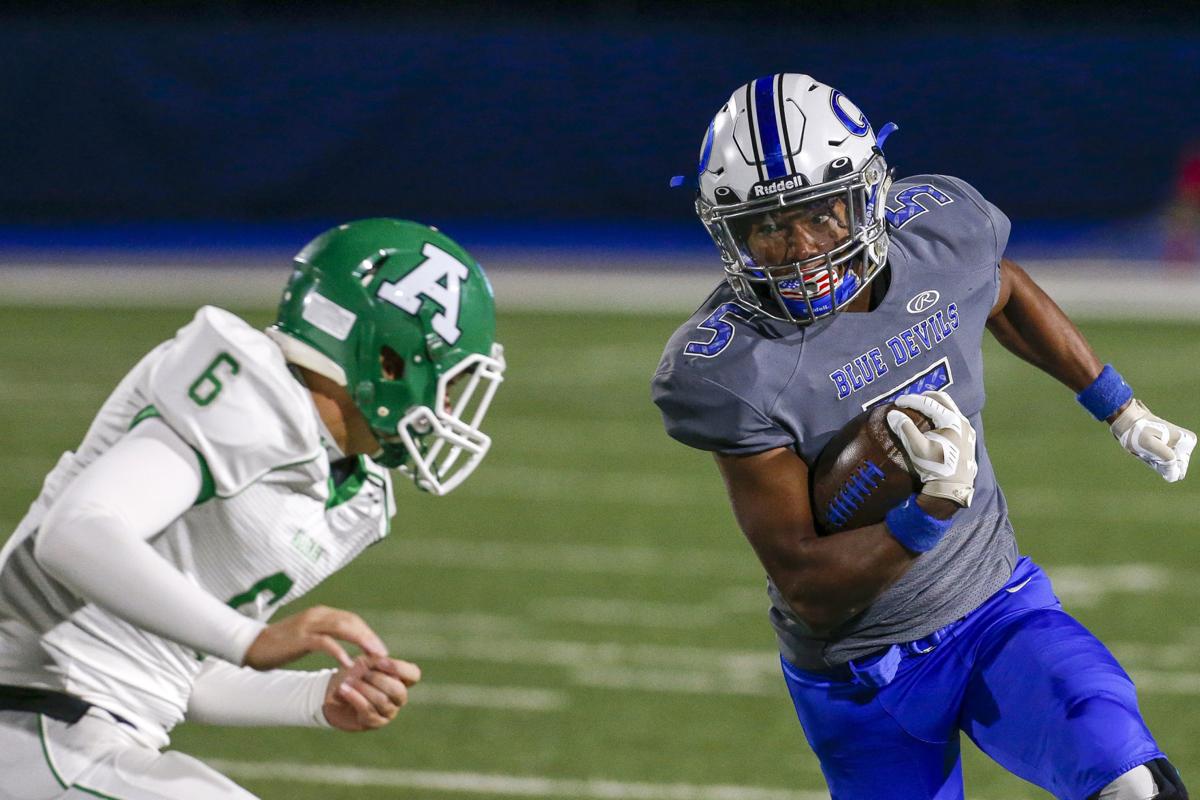 QUINCY — As bleak as everything seemed — both three games into this season and three quarters into Friday night’s tussle — the Alleman football team never lost faith.

Quincy High School must believe in itself now, too.

A pair of fourth-quarter turnovers by the Blue Devils led directly to Alleman touchdowns as the Pioneers scored with 9.2 seconds remaining in regulation to steal a 28-21 Western Big Six Conference victory at Flinn Stadium and keep Quincy from becoming playoff eligible.

Alleman (4-3, 4-1 WB6) also finds itself a victory shy of playoff consideration following its fourth straight victory after an 0-3 start to the season. The Pioneers, who suffered one of those losses to Quincy Notre Dame, close with home games against Galesburg and Rock Island.

“I mean this as a compliment, and I hope nobody takes it as a backhanded compliment, but Alleman finds ways sometimes to beat people when you thought they were DOA,” Quincy coach Rick Little said. “They’ve done that a lot, and that’s a credit to (Alleman coach Todd) Depoorter for getting them to believe they can.

“So for us, we have to get back off the mat and find a way to come back strong.”

Shaking off this setback won’t be easy.

The Pioneers recovered a fumble by Adonte Crider, the Blue Devils’ Division I-bound running back who had 194 yards on 30 carries, at their own 21-yard line with 2:03 left in regulation. A nine-play drive ensued with halfback Nate Sheets capping it with a 1-yard touchdown run with 9.2 seconds left for a go-ahead score.

Quincy had two timeouts remaining and hoped to find some magic in the closing seconds, but Alleman recovered an onside kick and took a knee on the final play.

“Our guys played hard right to the end,” said Depoorter, who got 110 yards rushing and three touchdowns from Sheets. “I talked to them in the huddle after the game, and to be 0-3 like we were and stay with us even with how intense a competitor I know these guys are, this is a tribute to those guys. They believed in it. You saw that tonight. They believed they were in it.”

The Blue Devils didn’t snuff such belief when they had the chance.

Tied at 14 at halftime, the Blue Devils grabbed the lead after Crider turned a short pass from quarterback Lucas Reis on a wheel route into a 62-yard scoring play with 11:08 to play to go up 21-14.

After a three-and-out gave the ball back to Quincy, Alleman forced the second of the Blue Devils’ three turnovers when Killian Ahern took a pass away from Quincy’s Jack Rupert deep over the middle for an interception and returned it 35 yards to the Quincy 41-yard line.

“You hate it, but you tip your hat to the opponent after a play like that,” Little said.

Four plays later, Sheets used a halfback option pass to connect with Lakin Calloway on a 30-yard touchdown toss that tied the game at 21 with 4:34 to go.

“The big interception was huge,” Depoorter said. “The offense has improved so much in the last number of weeks, and we get (Sheets) in the game as much as possible. They are doing a good job of seeing what’s going and working with what we can do.”

The Blue Devils got in position to answer rather quickly as Reis connected with Scott Sprick for a 20-yard gain and found Rupert for 14 yards to get to the Pioneers’ 26-yard line.

Crider fumbled on the next play.

“There’s too many turnovers in critical situations when we had the chance to extend the lead or take the lead back,” Little said. “There were opportunities that were there, but we didn’t do anything with them.”

The Blue Devils scored on only one of six second-half possessions and the none of the five fruitless drives lasted longer than five plays.