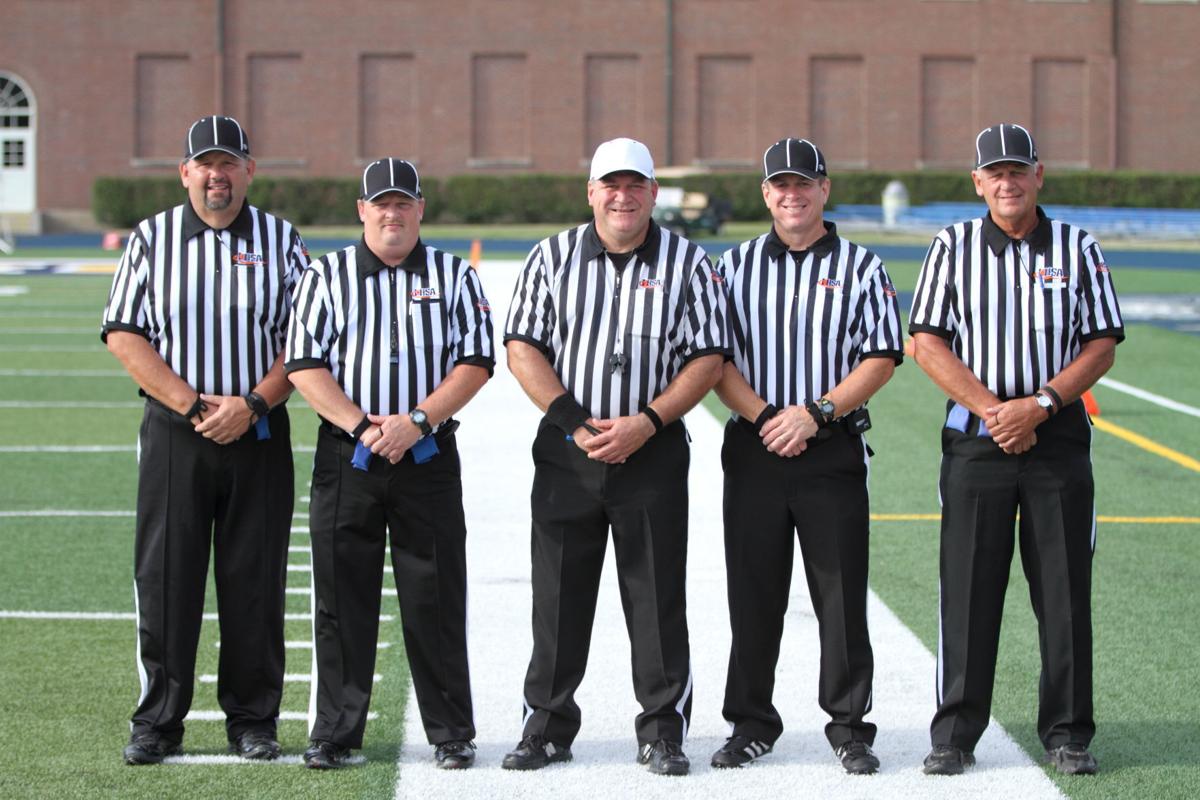 From left to right, Don Cook, Mark Burrill, Ken Grawe, Jason Foy and Les Huisingh have worked football games together as a crew for the last five seasons and worked the Class 3A state championship game between Byron and Williamsville at Huskie Stadium Saturday in DeKalb. 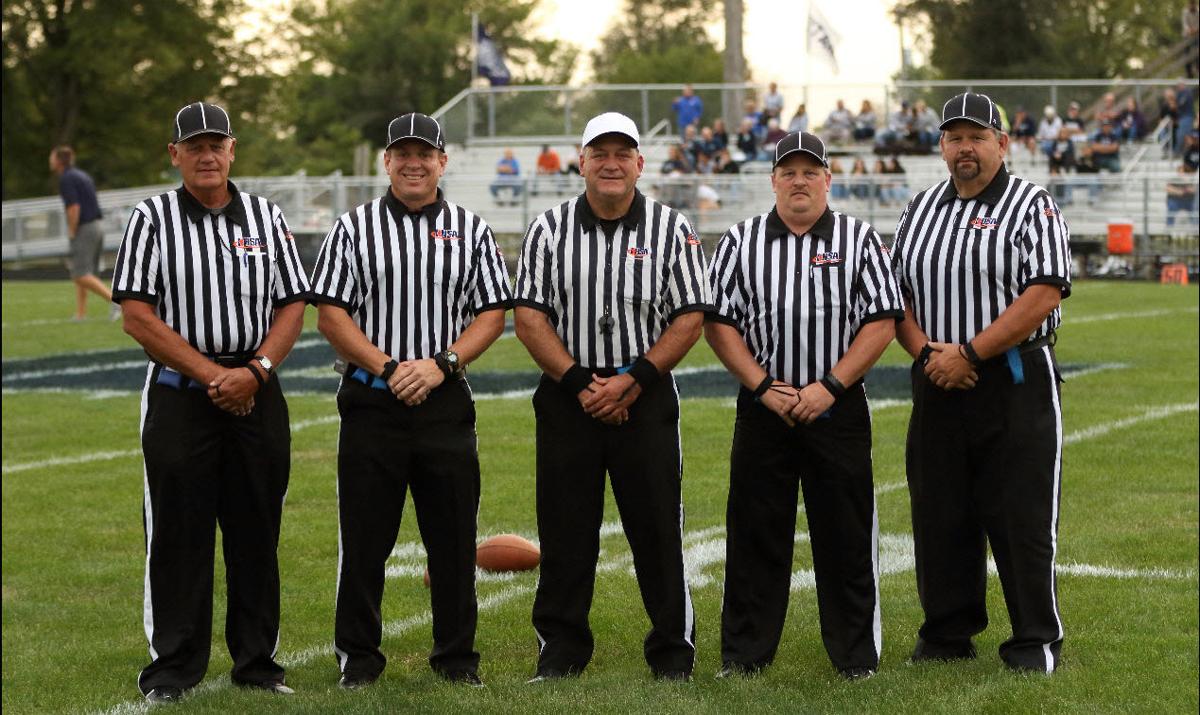 ROCK ISLAND — Nerves? Maybe some. Excitement? Easily, over the top. Smiles? They will go for miles and miles.

More than 130 combined years of running up and down the football field with a whistle and a yellow flag, the officiating crew led by Rock Island's Ken Grawe made it to the pinnacle on Friday afternoon.

All but Huisingh are Rock Island graduates and all five are lifetime Quad-Citians. They have worked together as a crew for the last five seasons but have been waiting from the day they stepped on the gridiron.

"This has been a goal of ours since we started but even more so now with this crew," Grawe said. "We don't do this for the money or anything like that, we do it for the camaraderie and the brotherhood.

"We are no different from the local team who wants to get to the playoffs and then the state championship. We have taken the same path. We worked hard for it and fulfilled the requirements."

This crew was oh so close in 2018, working the semifinals before having their season come to an end. There was a feeling among the quintet that this would be the year. At the same time, in no way were they were counting their chickens before they were hatched.

"After last year, there was a thought that this could be the year," Burrill said. "Still, we never said 'we're going' because we have seen some really good crews get close and never get there. When we got the call, we were on Cloud 9."

They wanted it as much for each other as they did for themselves. This is just a different group. An interview last Sunday turned into more of a two-hour session of stories, laughs and smiles. Having worked on a crew as a junior high and freshmen referee for several years with all but Huisingh, it was easy to feel comfortable with the jokes and anecdotes.

"We are so close," Burrill said. "Our wives like to call us our second wives among this crew."

Each had a story of their early days. Cook remembers thinking about getting to the championship from near his first day wearing the stripes.

"I started with Fred McLaughlin and he always told me he wanted to get me to a state title game," Cook said. "It is always the goal for every official and I just believed this was about to be our time.

"You don't want to anticipate going because then if you don't get it that makes you upset. Even this year, there was always a doubt but when we started hearing the feedback from coaches and the ratings we were getting, it made us feel better."

What makes this crew so different is the laughs and inside jokes that these guys love so much. They do their job on Thursdays, Fridays and Saturdays during the fall for the right reason — they love being around the high school kids and they love each other.

"The locker room before every game is a great time," Foy said. "It takes the right group of five to get together and stay together as we have for the last five or six years. When we came together as a crew, it was perfect. Our wives have been great because they allow us to do what we do.

"What keeps us going is we want to always get better. We joke with each other, but at the end of the day, we also do everything we can to make each other a better official."

They know they are not going to ever be perfect but being together and getting better as a group is pretty close to perfection for them.

No one felt better about this first shot at the big game than Huisingh. This is his 42nd season in the black and white, and there is no guarantee he would get another chance.

"I've been through a lot in my 42 years and I've tried to learn from everyone I have worked with," Huisingh said. "I was so glad to join this crew and be apart of this friendship. Now, we are here and all I want to do is represent the Quad-Cities area.

"Now, I want to think about going back to another championship game in the next few years. I will keep doing this as long as I feel the way I do now."

Jeff Wendland is the lead prep sports writer for the Dispatch-Argus. He can be reached by email at jwendland@qconline.com or on Twitter @jaydub_DA

Sunny and mild sums up the forecast for the next several days. Here are the weather details from the National Weather Service.

From left to right, Don Cook, Mark Burrill, Ken Grawe, Jason Foy and Les Huisingh have worked football games together as a crew for the last five seasons and worked the Class 3A state championship game between Byron and Williamsville at Huskie Stadium Saturday in DeKalb.