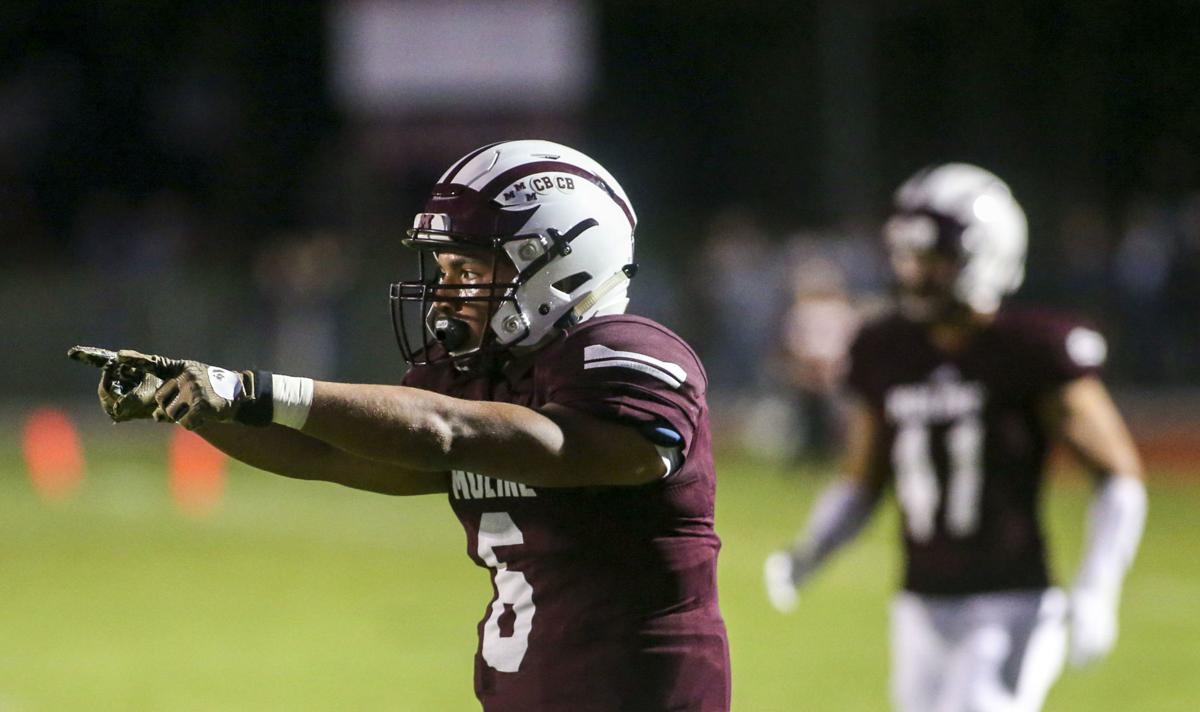 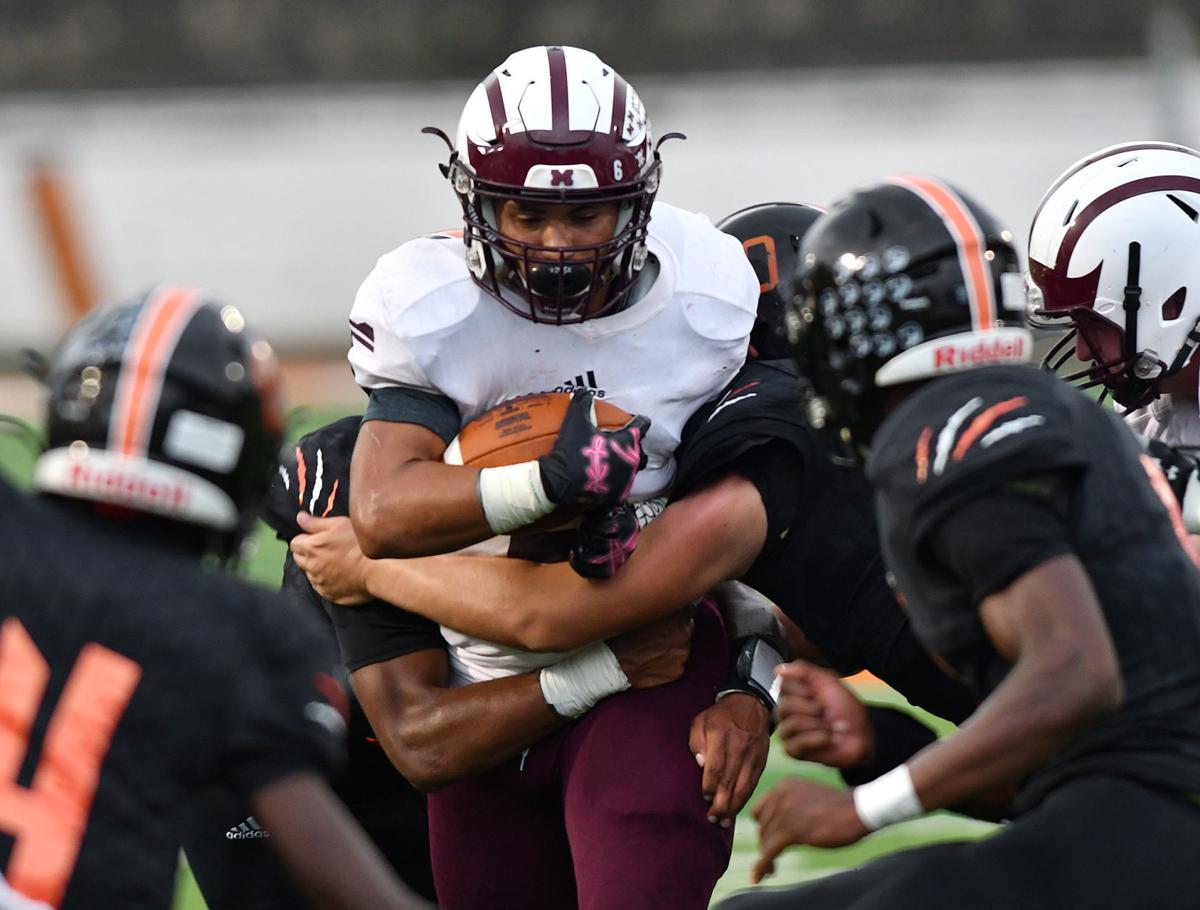 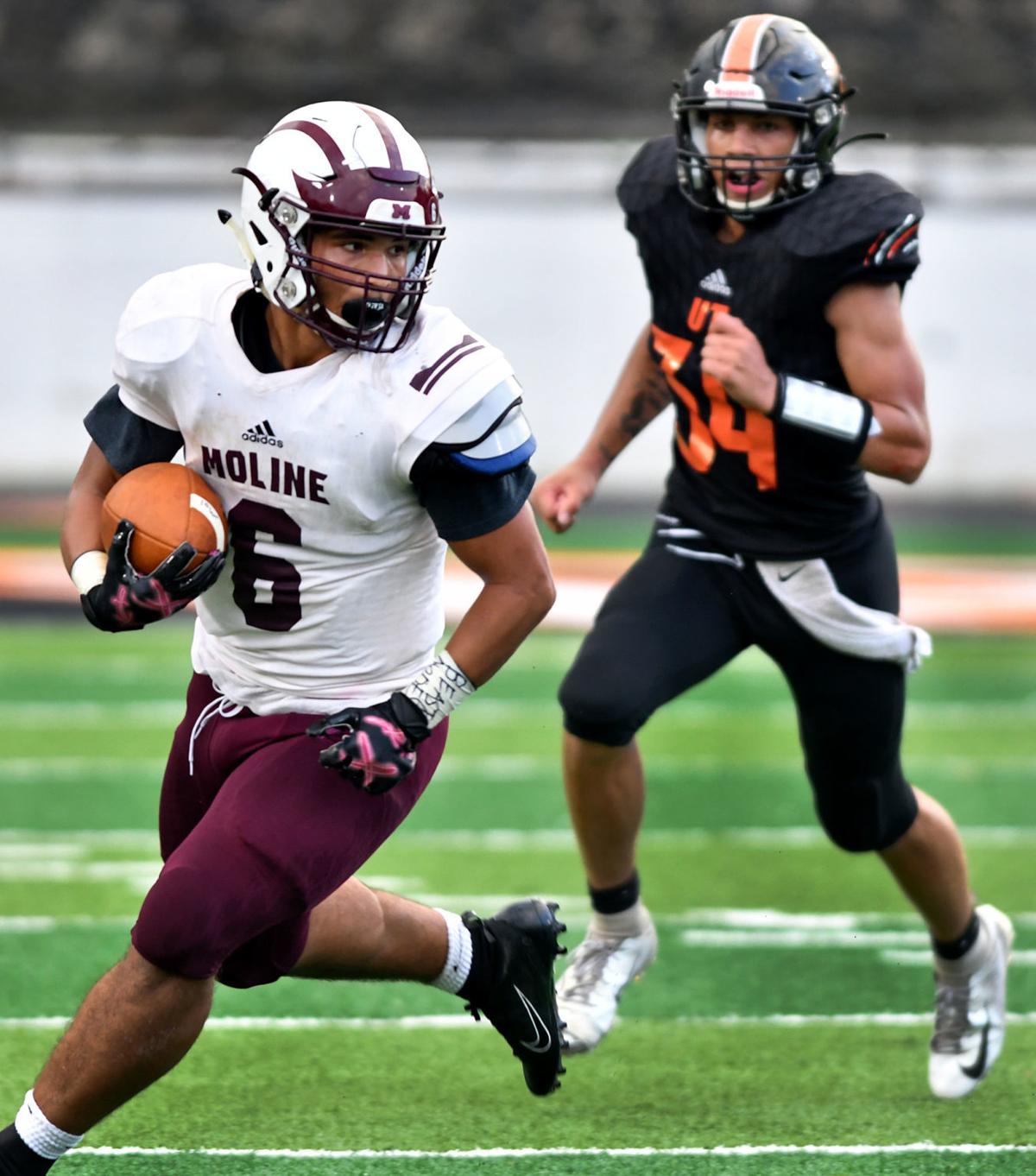 MOLINE — Moline football coach Mike Morrissey knew it might be coming, but that didn't make Wednesday's decision by the Illinois High School Association any easier to take.

The IHSA did not complete a principal concurrence transfer form for Moline football player Kaeden Dreifurst until after Game 3 against Rock Island.

Dreifurst also was given a two-game suspension. He sat out the Maroons' loss to Alleman in Week 4 and also will sit out Friday's game against Geneseo.

"The form must be in before the season starts for a transfer," IHSA executive director Craig Anderson. "When it came in after Week 3, we made the player ineligible and Moline then appealed. That took us to (Wednesday) and we sustained the decision as a board."

The junior running back played for Moline last year as a sophomore and then moved to Arizona. When he moved back in June, there seemingly was some confusion over his transfer paperwork.

Anderson said he made the decision of Moline forfeiting just one of its two wins in the first three weeks after examining both games.

Dreifurst rushed for 210 yards but no touchdowns in the Maroons' season-opening win over Alton. Against Rock Island, he rushed for 227 yards on 23 carries and collected two first-half touchdowns.

"Because Moline won the game against Alton by 22 points, I deemed that his activity in the game did not change the outcome of the game that would require a forfeiture," Anderson said. "However, in the Rock Island game, he made a big difference in the outcome, so we made that one a forfeit."

Morrissey knew this might happen. It didn't make him feel any better.

"It is unfortunate that the kids wind up with the bad ending for an adult mistake with some paperwork," Morrissey said. "As a coach, we are not in charge of concurrence forms. I let the right people know and just expected it would get done. That is directly handled by the administration."

Athletic director Dick Knar was not in his office late Wednesday afternoon and his cellphone was off.

Anderson said the concurrence form is one of the most important for the IHSA because it deals with transfer athletes.

"It is the best way to allow both sides to communicate and make sure everything is in place," he said.

With the decision in hand, Morrissey had to hand out some very difficult news to his team Wednesday afternoon.

"They told us beforehand that we would only forfeit one game but I am still not sure why you would take one game away and not the other," Morrissey said. "I think you would either forfeit two or none by deciding if the player made a difference in the game. Kaeden had (210) yards against Alton.

"As for having to sit him out this week, I thought we were showing good faith by sitting him out against Alleman. Why punish him again? Kaeden did everything he was supposed to do. I just think punishing the kid and punishing the team goes against what the IHSA stands for, being all for the kids."

Morrissey and his team realize they are behind the eight-ball, needing to win Friday against Geneseo at Browning Field and again next Friday at Quincy to become playoff eligible. He believes the Maroons will be ready.

"We were open and transparent with our kids when we met with them," he said. "They came out to practice excited and hungry to go. Kaeden knew he was going to be a scout-team guy the rest of the week and he was hungry.

"It is amazing how these guys have handled adversity. I'm proud of our Moline athletes."