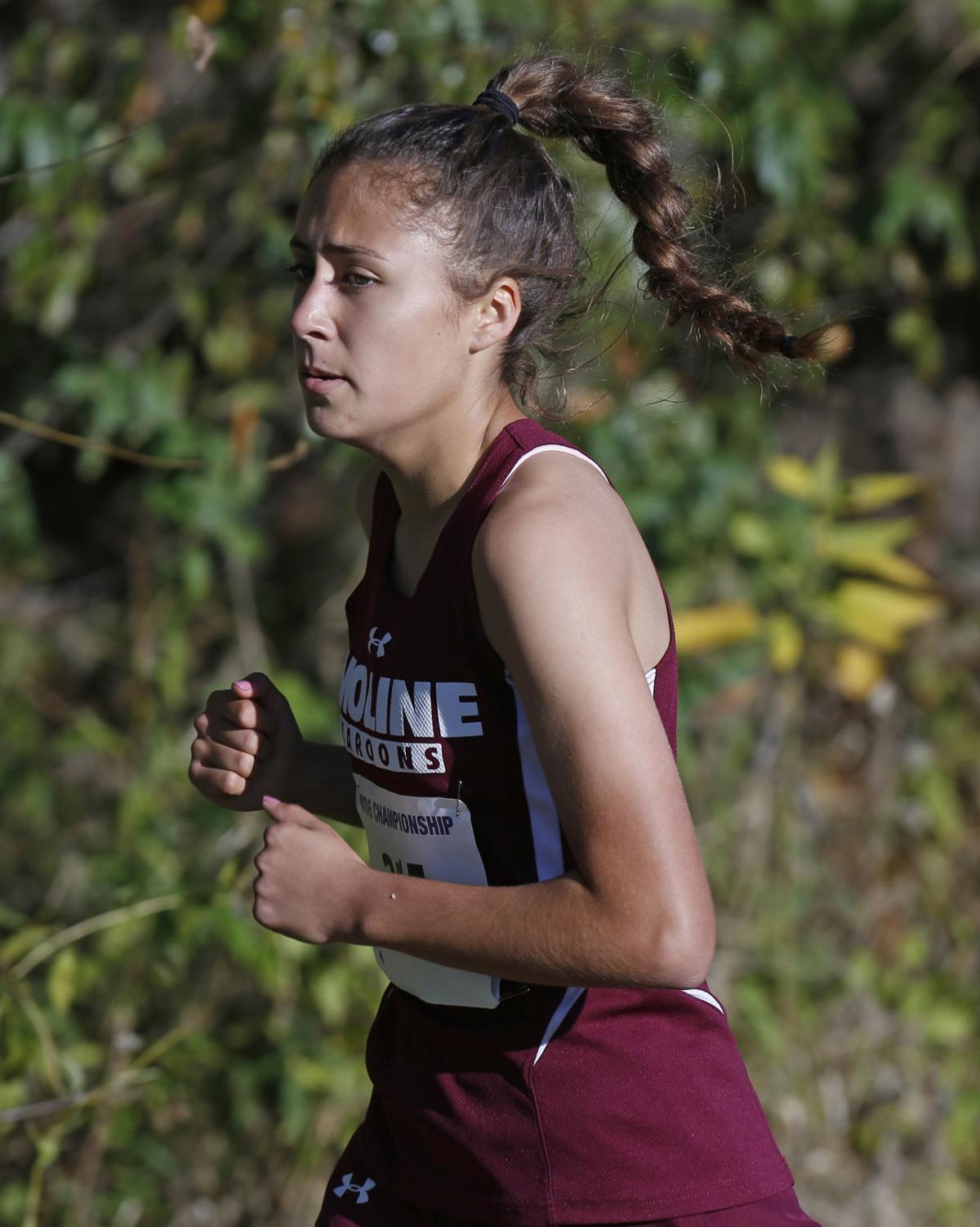 Moline's Lydia Gomez was in the front of the pack during Thursday's Western Big 6 Conference Cross Country Meet at Bob Mays Park in Quincy. Gomez won the race in a time of 18-minutes, 56-seconds, leading the Maroons to the team title. 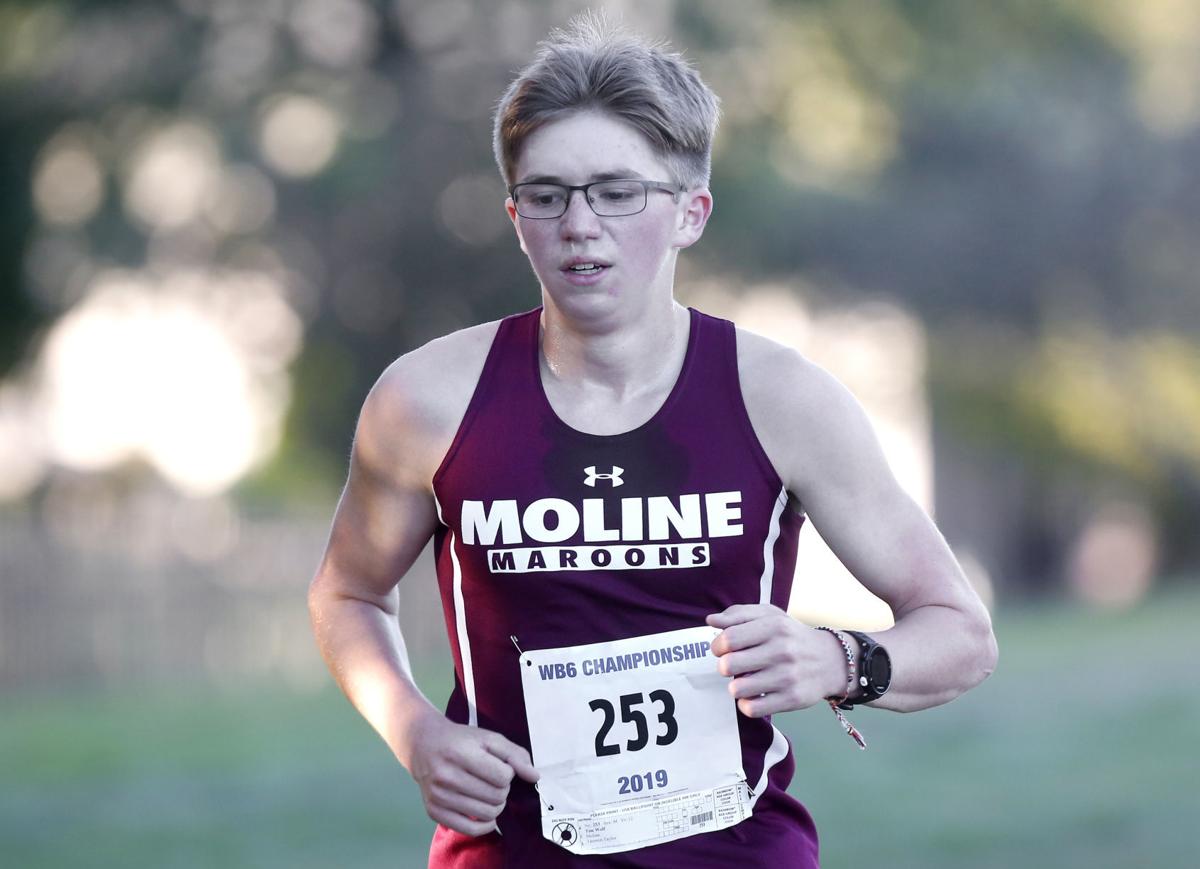 QUINCY — As Moline's Lylia Gomez crossed the finish line in first place with a time of 18:56 to win her second straight Western Big 6 Conference individual title, she barely took a moment to appreciate what she had accomplished before turning back to the action to cheer on her teammates.

“When I finished I turned around and started cheering for Emily (Lopez),” Gomez said. “I knew she was going to be right there and I wanted to support her.”

Lopez finished second with a time of 19:20, and the Maroons girls team won their third straight WB6 team title.

Moline coach Tawoun Taylor knew he could count on Gomez and Lopez to lead the pack, but needed other runners in his top seven to come through Thursday at Bob Mays Park.

“We had Eryn Robertson step up big today,” Taylor said. “She and Madison (Lodico) have been running side-by-side the majority of the season, but she passed a few girls in the final 200 meters of the race to get big points for us.”

“Lodico has the game face every run she does and came prepared,” Taylor continued. “Grace (Vinzant) was sick but came prepared today. All of our runners, not just the top seven, performed at such a high level. I’m very proud of them all.”

“It’s definitely cool,” Gomez said. “With the new teams and harder competition this year it made it a little more challenging, but we got the job done. The weather was really nice and our training paid off.”

Moline (53) took first place over WB6 newcomers Sterling (63) and Geneseo (81) right behind in second and third. United Township (92) finished fourth with host Quincy (111) in fifth. Galesburg (128) and Rock Island (183) rounded out the field. Alleman did not field enough runners for a full team.

“The top three had been running together all season,” Wallaert said. “Now Logan is running right there with them and that really made a difference. (Logan) Wisocki (19th/17:13) took over the fifth position and ran a solid race to really solidify the win.”

Wallaert and his team now take some time to celebrate before returning their focus to the state series.

“We have such great kids that are leaders and role models and I couldn’t be any happier for them,” Wallaert said. “But at regionals, we have to be a top-six team out of nine and there are two dominant teams there. The goal is to be in one of the top three teams and then we can turn our attention to sectionals and potentially qualifying for the state meet.”

Moline's Lydia Gomez was in the front of the pack during Thursday's Western Big 6 Conference Cross Country Meet at Bob Mays Park in Quincy. Gomez won the race in a time of 18-minutes, 56-seconds, leading the Maroons to the team title.