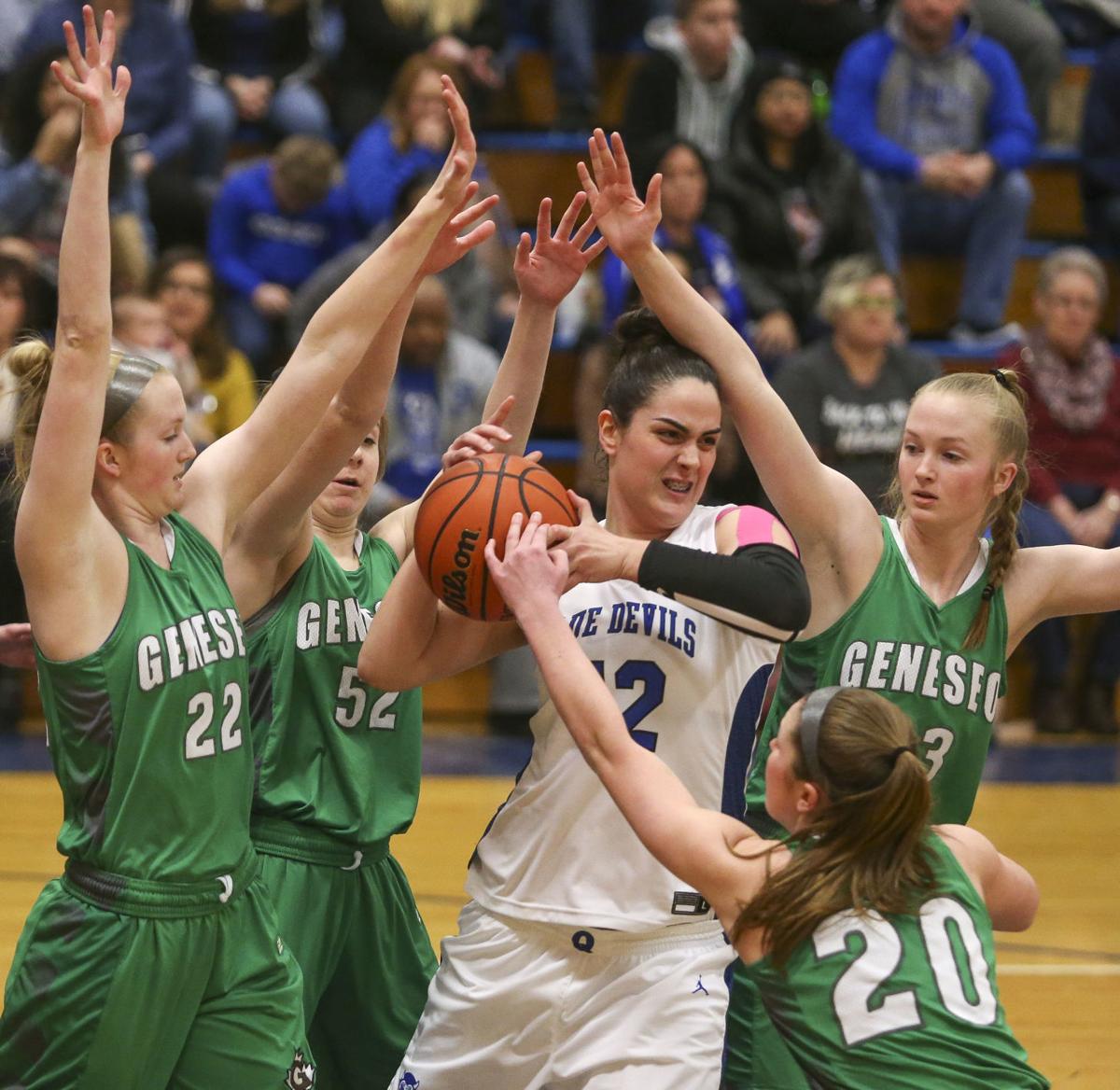 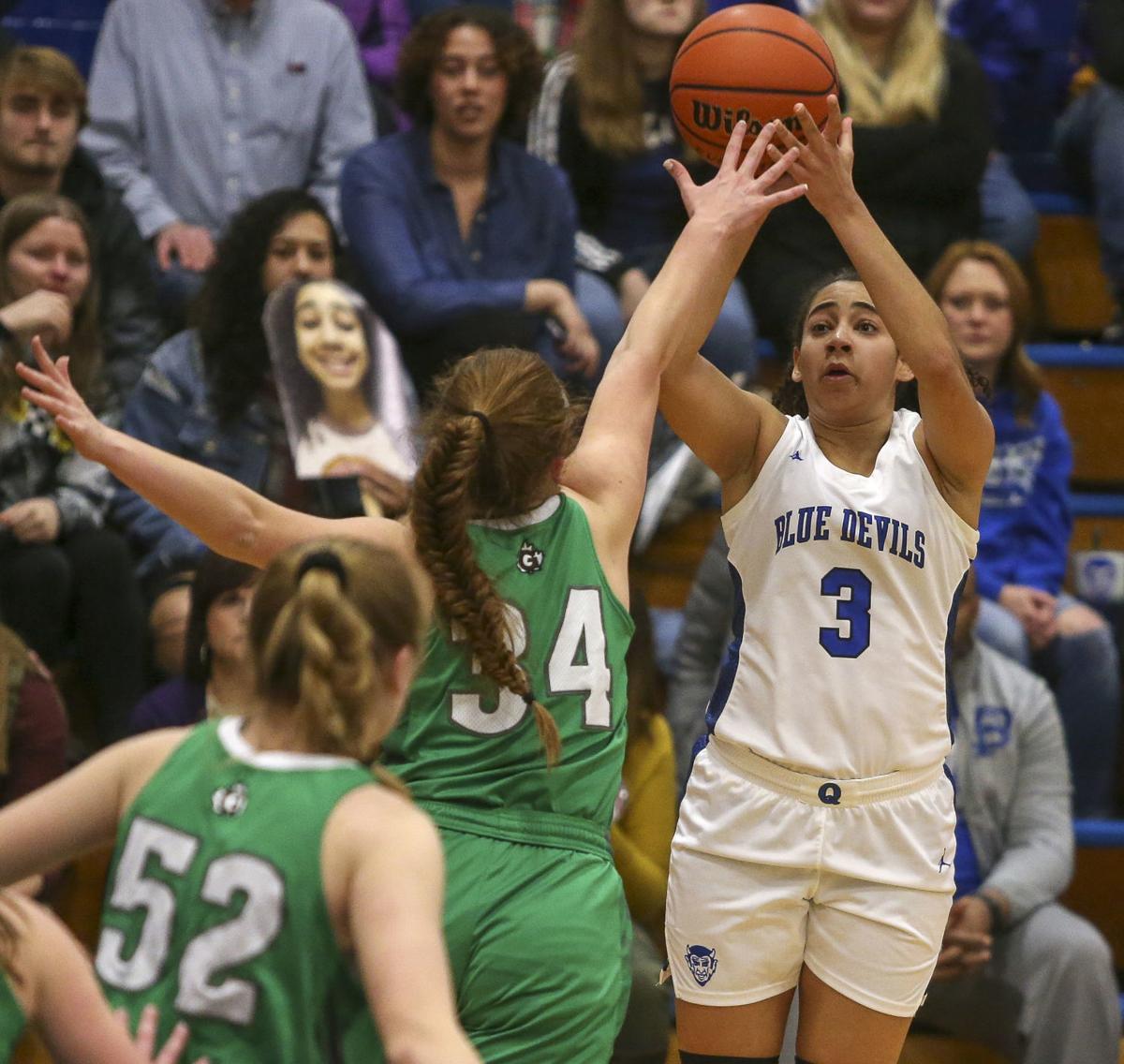 The Quincy High girls basketball team has found its groove as the Geneseo girls were still short-handed because of the flu.

It took the Blue Devils a while to get going as they did everything they could to hang around, despite Geneseo’s Madeline Barickman’s 23 first-half points. Barickman’s effort lifted Geneseo (23-6, 11-3 Big 6) to a 30-24 halftime advantage.

“I thought (Madeline) did a great job carrying the load with Kammie out,” Geneseo coach Scott Hardison said.

Despite Barickman’s offensive output, Quincy stuck around enough in the first half to be within striking distance.

In the second half, the Blue Devils struck, opening the third quarter on an 11-0 run, thanks in part to Emily Wilson’s post presence. Wilson scored the half’s first four points to spark the run. Wilson’s passion and energy was noticeably infectious.

Wilson and the Blue Devils held a 35-30 lead at the midway point in the third quarter but the Maple Leafs crawled back to take a 38-37 lead into the final quarter.

In the fourth quarter, the team’s traded baskets before the Blue Devils went on a 12-0 run from the 6:30 mark to the three minute mark. Wilson and Olivia Edwards each had six points during the stretch as QHS established a 51-42 lead.

Dance was proven right as Edwards finished with a team-high 16 points, while Wilson added 15.

Taking on Prairieland Conference power Brimfield in the championship game of the Class 1A West Central Regional, the Bravettes battled the Lady Indians even-up through not just four quarters, but five.

Unfortunately for Annawan, the second overtime period proved to be its undoing as Brimfield held tough to earn a 53-51 victory behind Haley Wallace's 18 points, advancing to Tuesday's 7:30 p.m. Havana Sectional semifinal against Glasford Illini Bluffs.

While the Lady Indians move on at 25-5, the Bravettes finish with 18 wins for a second straight year as they bow out at 18-14 despite a game-high 19 points from sophomore center Cassidy Miller.

Emily Miller chipped in 12 points and Reese Randall 11 for Annawan.

Quincy Notre Dame 60, Monmouth-Roseville 43: Taking on West Central North rival Quincy Notre Dame for their second time this season, the Monmouth-Roseville Titans' bid for their first regional championship hit a wall as the Lady Raiders rolled to a 60-43 victory in the Rushville Industry Regional title game, beating Mon-Rose for the second time and sidelining the Titans with a 24-8 record.

The Quad-City region is under a Wind Chill Advisory until 8 a.m. this morning.