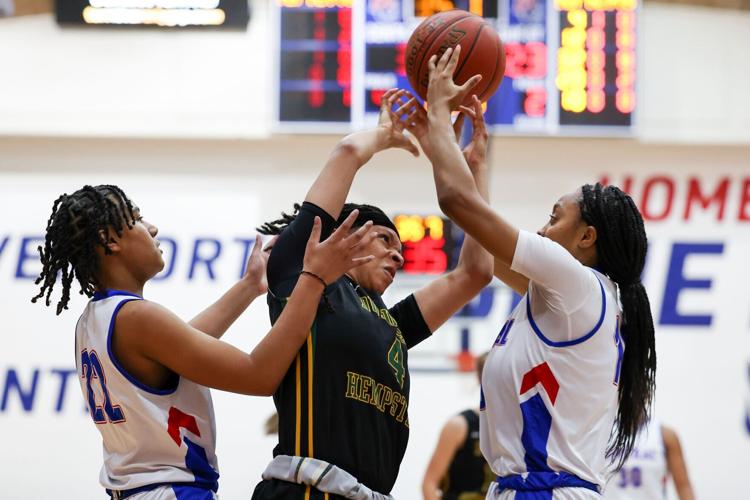 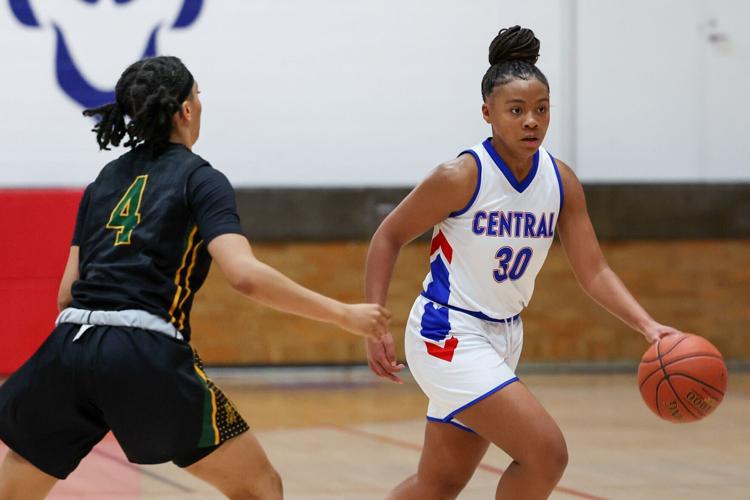 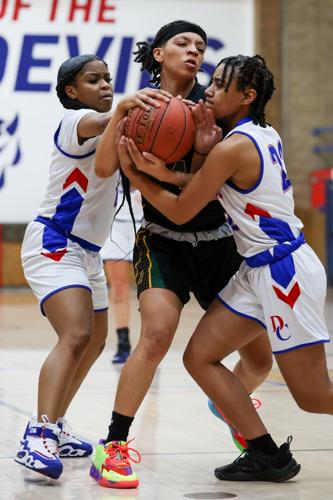 It was a learning experience.

The Blue Devils started three sophomores who had never played in a varsity basketball game, and the result was a 59-15 loss to visiting Dubuque Hempstead inside George Marshall Gymnasium.

“We’re pretty much a brand new team,” Central head coach Amara Burrage said. “We only had three seniors who were here tonight, and our biggest (senior) wasn’t here. I did look at it as an opportunity to have other players step up and step into new roles. There were some sparks out there that were good.”

Ford is in Orlando at an Olympic Development Program Thanksgiving Inter-regional soccer tournament.

The Mustangs, on the other hand, return two of their top three scorers from last season’s 8-14 squad in Camdyn Kay and Chandler Houselog.

Kay, who led Hempstead in scoring as a sophomore last season, filled the stat sheet with a game-high 17 points, seven rebounds, five steals and five assists on Tuesday night.

“She’s the straw that stirs the drink for us,” Hempstead head coach Ryan Rush said of Kay. “She’s put in a lot of work, and she was able to lead us on offense and on defense. She had a good night not only scoring, but also distributing the ball.”

Kay’s main target was Houselog, who drained all four of her 3-point attempts and scored 16 points.

“She’s an awesome shooter,” Rush said of Houselog. “When she’s open and she gets those feet set, she’s pretty automatic.”

“We got a lot of the shots that we were looking for, and we were able to hit some tonight,” Rush said.

Sophomore Lamyah Watson provided a spark off the bench for Central, scoring a team-high six points, grabbing six rebounds and coming away with steals on three straight Hempstead possessions during the second half.

Asia Pegues-Jarrett and Emilee Clemensen, the only two Blue Devils who played on Tuesday night who came in with varsity experience, added three points apiece, and Pegues-Jarrett grabbed a team-high eight rebounds.

“We are definitely learning a lot,” Burrage said. “Hopefully by the end of this year we’ll be better. That’s the plan. It’s not how you start, it’s how you finish. This is not going to define us. We’ll keep grinding and just get better.”

Rocky beats buzzer to rally past UT in Big 6 opener

GENESEO — Looking to repeat as champions of its own Thanksgiving tournament, the Geneseo High School girls' basketball squad got after it immediately.

Galesburg's Kiarra Kilgore dropped 15 points in the third quarter to lead the Silver Streaks to a 60-47 win over Moline on Tuesday. Read about the Maroons:

After one of the best seasons in school history, the Geneseo girls basketball team is looking for a repeat performance this year. Read about the Maple Leafs:

Western Big 6 girls basketball is underway. Read for a capsule look of the local schools ahead of conference play this week:

Rice drops 24 to lead Rock Island in win over Morton

Rock Island's Kayla Rice dropped 24 points in a 57-52 victory over Morton on Saturday at home. Her 3-pointer late in the fourth sealed it. Read about the Rocks:

WOODHULL — The first week of the Rick Cline coaching era has for the most part been a rousing success for the Orion High School girls' basketball team.

Although the Assumption High School girls basketball team has opened the season with back-to-back losses, head coach Jake Timm is encouraged with the growth he's seen in a short span.

Sencire Harris breaks down start of his Illini career

Sencire Harris breaks down start of his Illini career