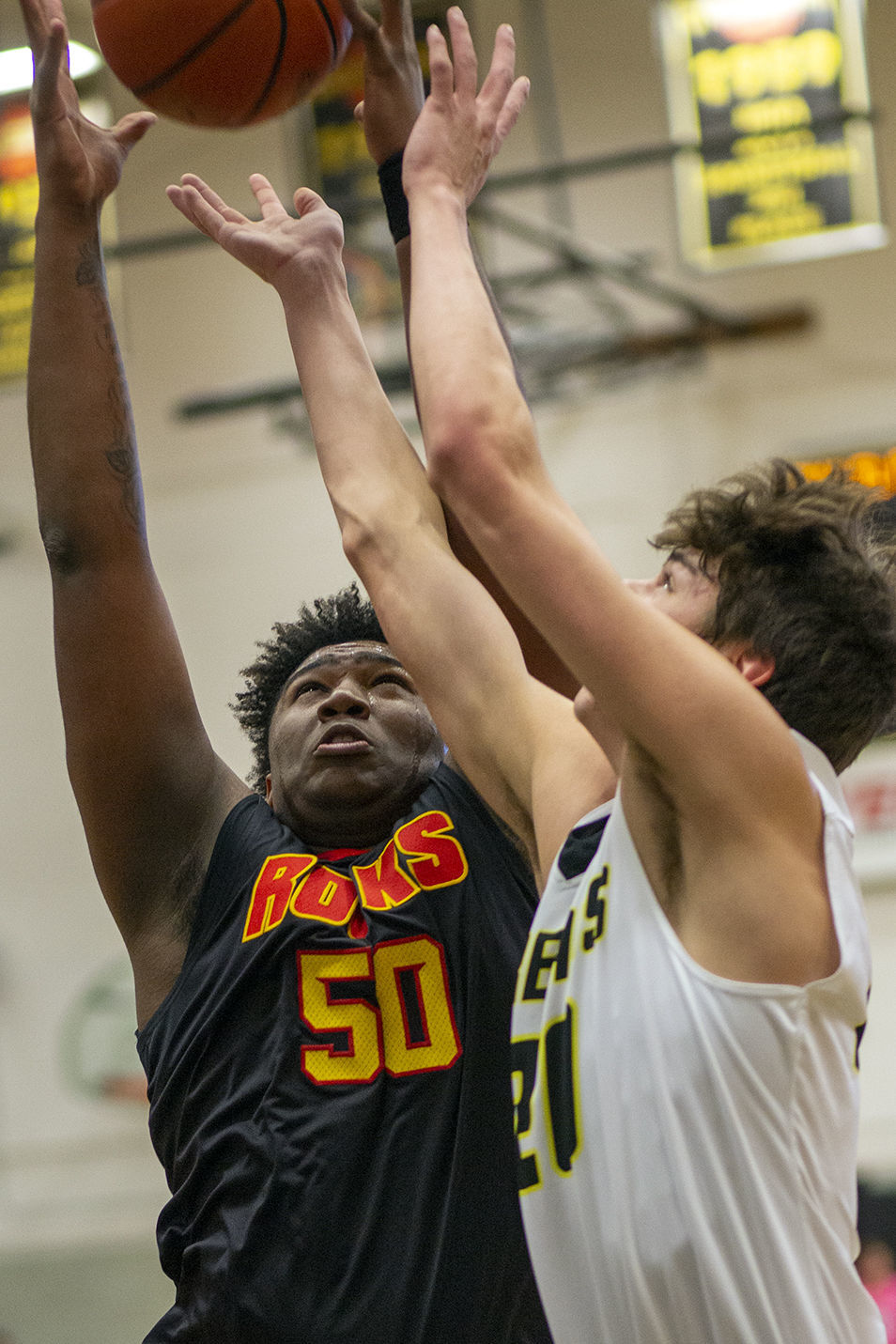 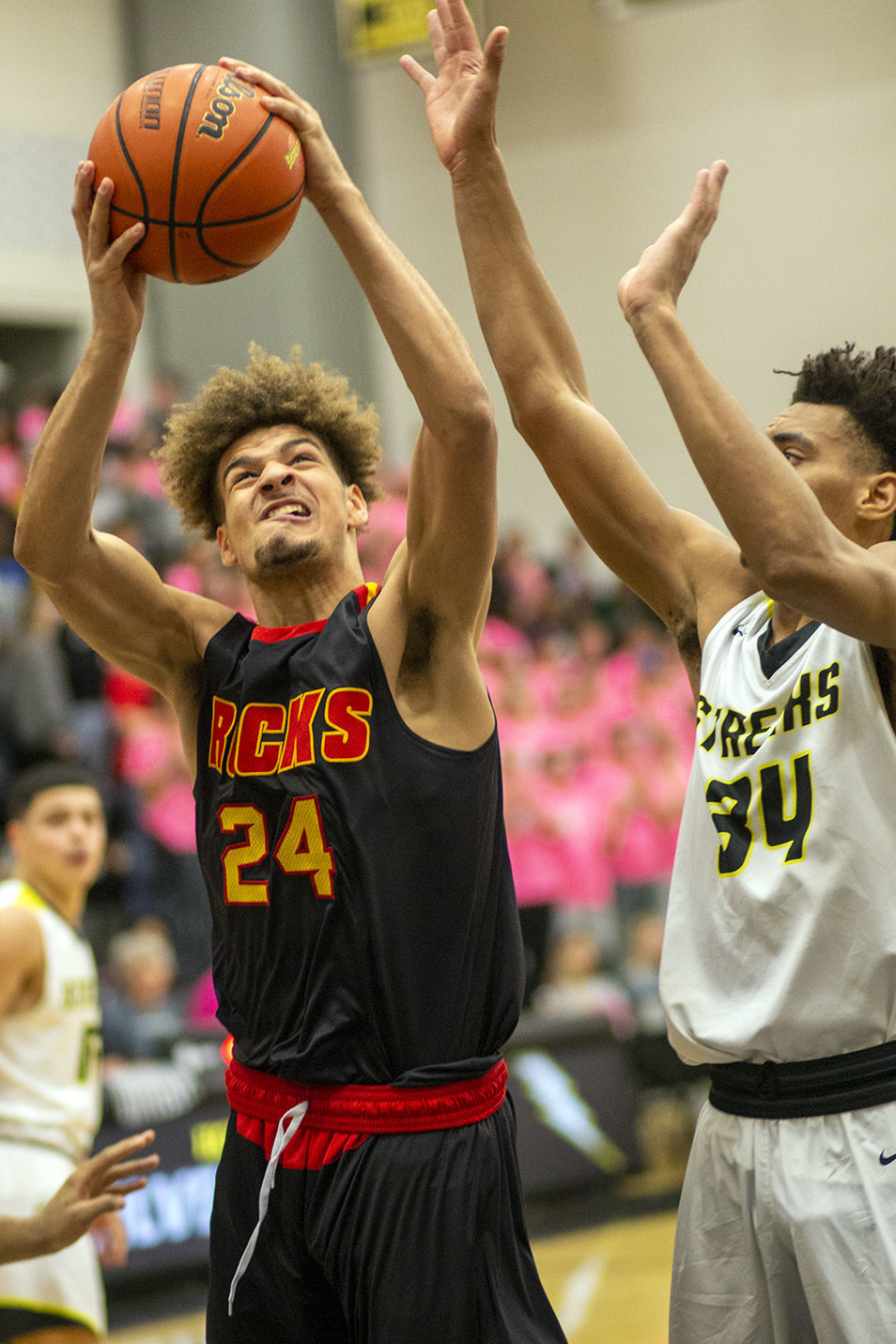 Neither of those worked in Rocky's favor and it cost the Rocks in a 73-62 setback to the Silver Streaks at John Thiel Gym.

"I think we had too many defensive breakdowns and a lot of those were started by too many guys going 1-on-1 or 1-on-2 offense," Sigel said. "We didn't play with the toughness or composure we needed to play against that Galesburg team. In the end, we didn't deserve to win."

"Yeah, we wanted to rebound better," Galesburg coach Ryan Hart said, "but those numbers also include several possessions where Rocky got two, three, four or five shot attempts and didn't score. What we did do well was turn the defensive rebounds we got into some easy points."

Dre Egipciaco (11 points which include four breakaway layups) and Eric Price (21 points) were able to leak out on Rocky missed shots and turn those into easy baskets in the second and third quarters.

"They were able to play to their game plan much better than we did," Sigel said. "As bad as we looked in the first half, if we make free throws (3 for 9 in the first half) we're ahead at halftime and I was still feeling good down by four."

Playing without their leader at point guard, Jordan Rice, for the last five games with an ankle injury, Sigel is hopeful to see him back in the lineup.

"That's not an excuse, but we are looking forward to getting him back soon," Sigel said. "It changes everything when he is in there."

Added Hart, "We had that a few years ago with Grant Gibson and no one was sad for us, it happens. But yes, Rice is a difference-maker because he can get to the basket and shoot the 3. We know the next time we play we will have to be ready for him."

The Streaks added to the lead in the third quarter to take an eight-point lead into the fourth. That's when Price took over. Two outstanding drives to the basket and then a steal and pretty feed to Jaylin McCants (20 points) and a six-point run turned a 47-43 lead into a 53-43 lead in less than a minute.

"I like being in the open court," Price said. "We're confident with the lead and finishing."

The Streaks made three of four free throws and then got a layup on the inbound pass to make it a 59-43 lead. From there it was a free-throw fest at both ends with the teams combining for 46 second-half free throws.

"My answer to what happened is 'I don't know,''' coach Sigel said. "I wanted to know why the first technical was called on my player and got no explanation. I was frustrated about that one and got mine. Then, I get told I was ejected without telling me why.

"I apologize to our team, our fans and the school for the ejection. It has never happened before and I didn't want to be in that situation."

It's another chilly start for the Quad-Cities, but things should begin to warm up later today and Wednesday. Here are the weather details from…