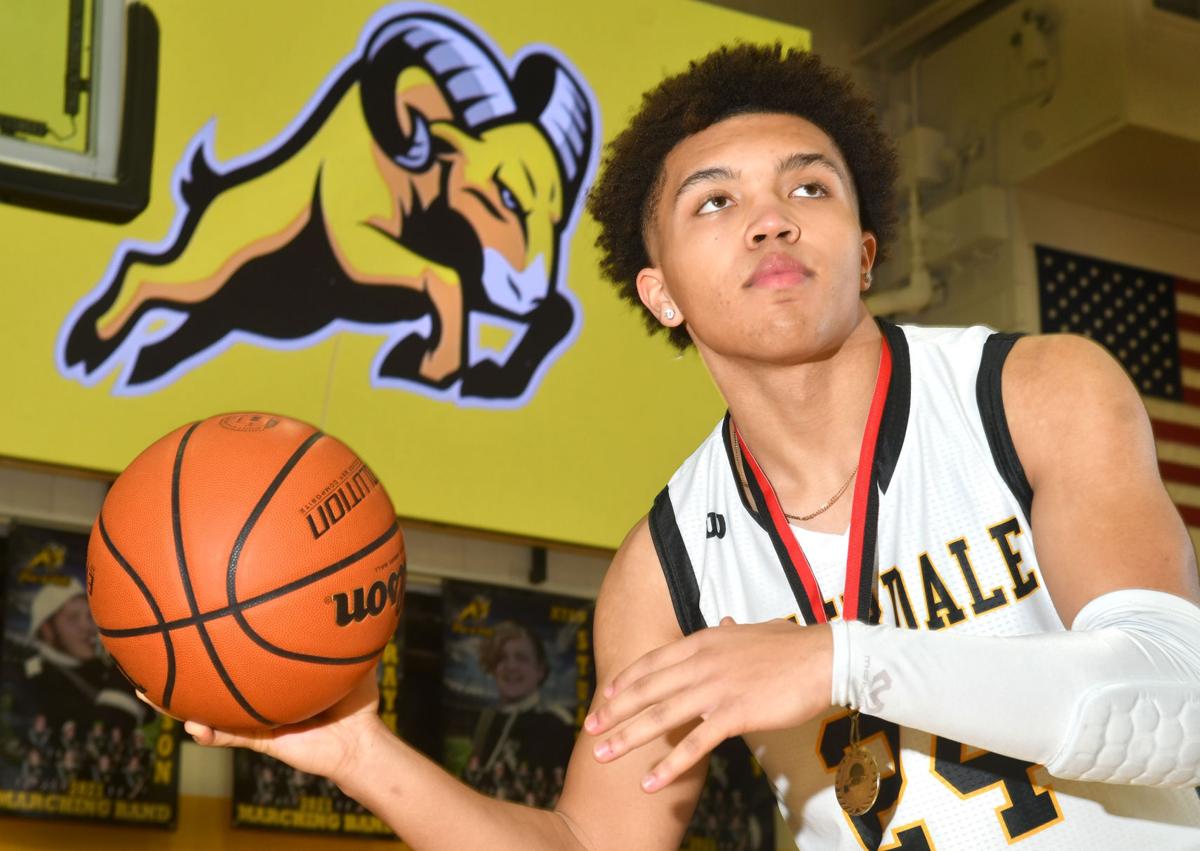 This week's Illinois Pacesetter is Riverdale boys basketball player Brandon Stone, who was named the most valuable player of the Warkins Classic in Erie last week. Stone is averaging more than 22 points per game for a 14-3 Rams squad. 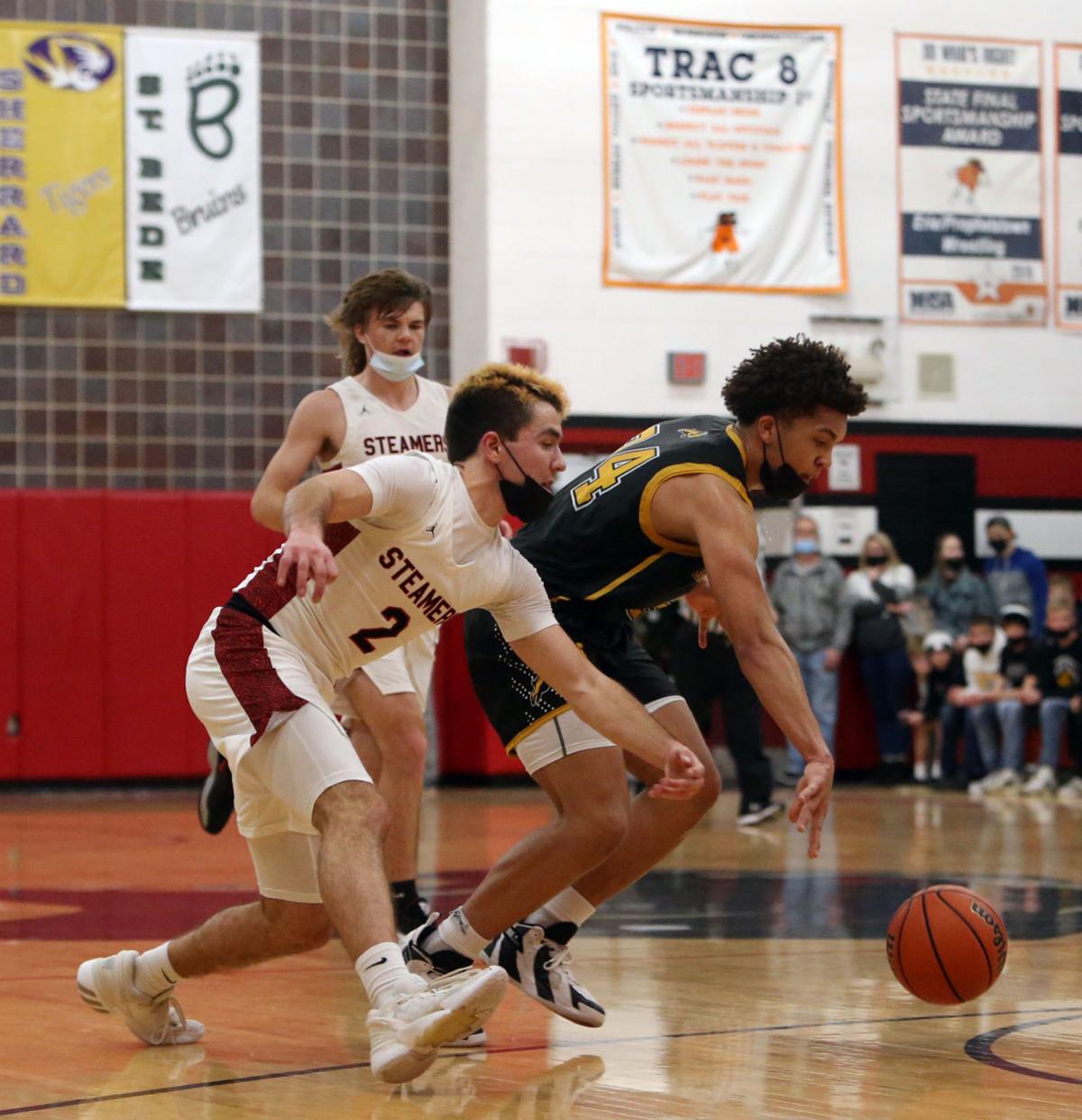 PORT BYRON — Before the start of his junior year, Brandon Stone decided to transfer from Moline High School to Riverdale.

Stone felt he was in the right place immediately.

"Coming over from Moline, the big thing that helped me adjust was trust," the senior said. "Everyone had so much faith and trust in me, it made it easy. The school, the team and the coaches, they all accepted me."

Once he took the court for Riverdale's basketball team, he showed that he was truly at home.

Following a successful debut season with the Rams, the 6-foot senior guard has expanded his role and become a leader and focal point for one of the area's hottest teams.

At last week's Cliff Warkins Holiday Classic in Erie, this week's Illinois Pacesetter averaged 22.8 points and 7.3 rebounds in four games and was named the tournament's Most Valuable Player.

"Brandon does a good job of recognizing when he needs to take over, but also when to get the basketball to this or that guy," Riverdale coach Alex Kelly said. "The great thing is the way he's getting everyone involved. He looks to do that first before getting his 20 points a game.

"He's taken on more of a leadership role this year, and it's tough to be the leader and the leading scorer, but Brandon's one of the highest-quality kids I've been around."

Averaging 22.3 points, 7.4 rebounds, 3.8 assists and 2.4 steals per game, Stone has been the keystone in the Rams' 14-3 overall record and their 3-0 start in the Three Rivers Conference's West Division, including a 61-50 win over reigning league champion Rockridge this past Tuesday.

"I feel like I've made a lot of progress and improved as far as distributing the ball more," he said. "Knowing everyone's strengths makes it easier to distribute the ball. I've seen double- and triple-teams; other teams think if they cancel me out, we're going to lose, but that's not the case.

"We've got a lot of good players, and I'll get the ball to the open guy every time. At the same time, if my teammates get going early, that opens the door for me."

Stone gained varsity experience toward the end of his freshman year and throughout his sophomore season at Moline. He made an immediate impact at Riverdale by averaging 22 points and nine rebounds per game in a COVID-19 shortened campaign last winter.

More importantly, his new teammates welcomed Stone into the fold, and he feels that sense of acceptance showed up in his play on the court.

"They took me in and made me feel like part of a family," he said. "I've already made such good friends at Riverdale. That made it easy for me to focus just on playing basketball."

With the majority of last year's Rams club returning for the 2021-22 season, Stone has believed from the outset this could be a special season for Riverdale.

The Rams' strong play in the first half of the season — including a first-place finish at the ROWVA-Williamsfield Thanksgiving Tournament as part of an 8-0 start — has strengthened that belief.

"I know this team can do something special," he stated. "We all have the common goal of wanting to win, and we're all thinking towards that one goal. The main goal is to win a regional; Riverdale hasn't done that in a long time (since 2012).

"With this team, I know we can go far, maybe even to the sectionals and super-sectionals."

With that goal in mind, Stone has dedicated his play firmly to the pursuit of victories over individual accomplishments.

In fact, being named Warkins MVP was overshadowed in his mind by the Rams' 52-43 loss to a 15-1 Fulton club in the championship game.

"Even with winning the MVP," Kelly said, "Brandon was so upset that we couldn't finish what we set out to do."

As the second half of the season gets going, Stone feels that even with Riverdale's early success, the best is still to come.

"Our peak is still in the future," he said. "For this team, the best is still to come. I can't wait to see what we can do when it comes time for regionals."

Favorite movie: "I Am Legend"

Role model: "There's a lot. My dad is the main one; he's always been there since sixth grade, he's so passionate and believes in me. My coach (head coach Alex Kelly), he's believed in me so much since I transferred to Riverdale."

During last winter's limited prep boys' basketball season, the Ridgewood Spartans knew where most of their scoring would come from.

Amarion Nimmers, Rock Island’s leading scorer, was without a point at halftime Saturday.

Moline boys' balance on display in win over Geneseo

GENESEO — Halfway through the third quarter of Tuesday night’s Western Big 6 game at Geneseo High School between the Maple Leafs and the Moline Maroons, Moline senior Robert Pulliam electrified the crowd with a highlight reel play for the ages.

Harding and Pulliam have big nights as Moline cruises past Galesburg

Leading by four with two minutes to go in the second quarter, Moline’s Brock Harding decided to put the game out of reach.

Rock Island boys use their size to power past United Township

Rock Island didn’t make it easy on itself, but the Rocks never cracked when it mattered most.

This week's Iowa Pacesetter is Central DeWitt senior Shawn Gilbert. The 6-foot-9 basketball player is the MAC's leading scorer and rebounder through 14 games.

Guinn's play in the paint pushes Davenport North past Assumption

Davenport North’s Cade Guinn stands out to begin with, towering over his competitors at 6-foot-5, but what Guinn did on the floor Saturday drew the eyes of everyone in the crowd.

It had been 45 days since the Davenport Central High School boys’ basketball team had experienced a victory.

Fireworks are most common on the Fourth of July, but Moline broke out its own form of pyrotechnics during its 76-49 explosion on Galesburg in …

This week's Illinois Pacesetter is Riverdale boys basketball player Brandon Stone, who was named the most valuable player of the Warkins Classic in Erie last week. Stone is averaging more than 22 points per game for a 14-3 Rams squad.