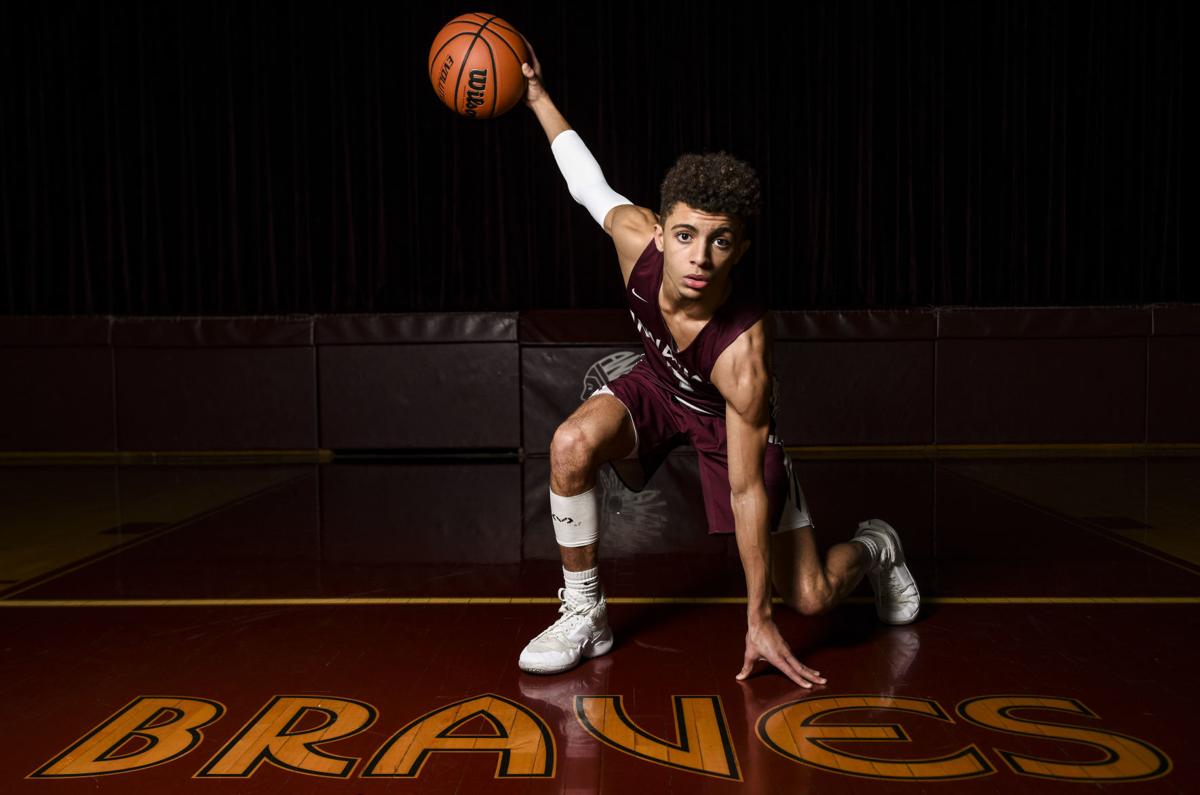 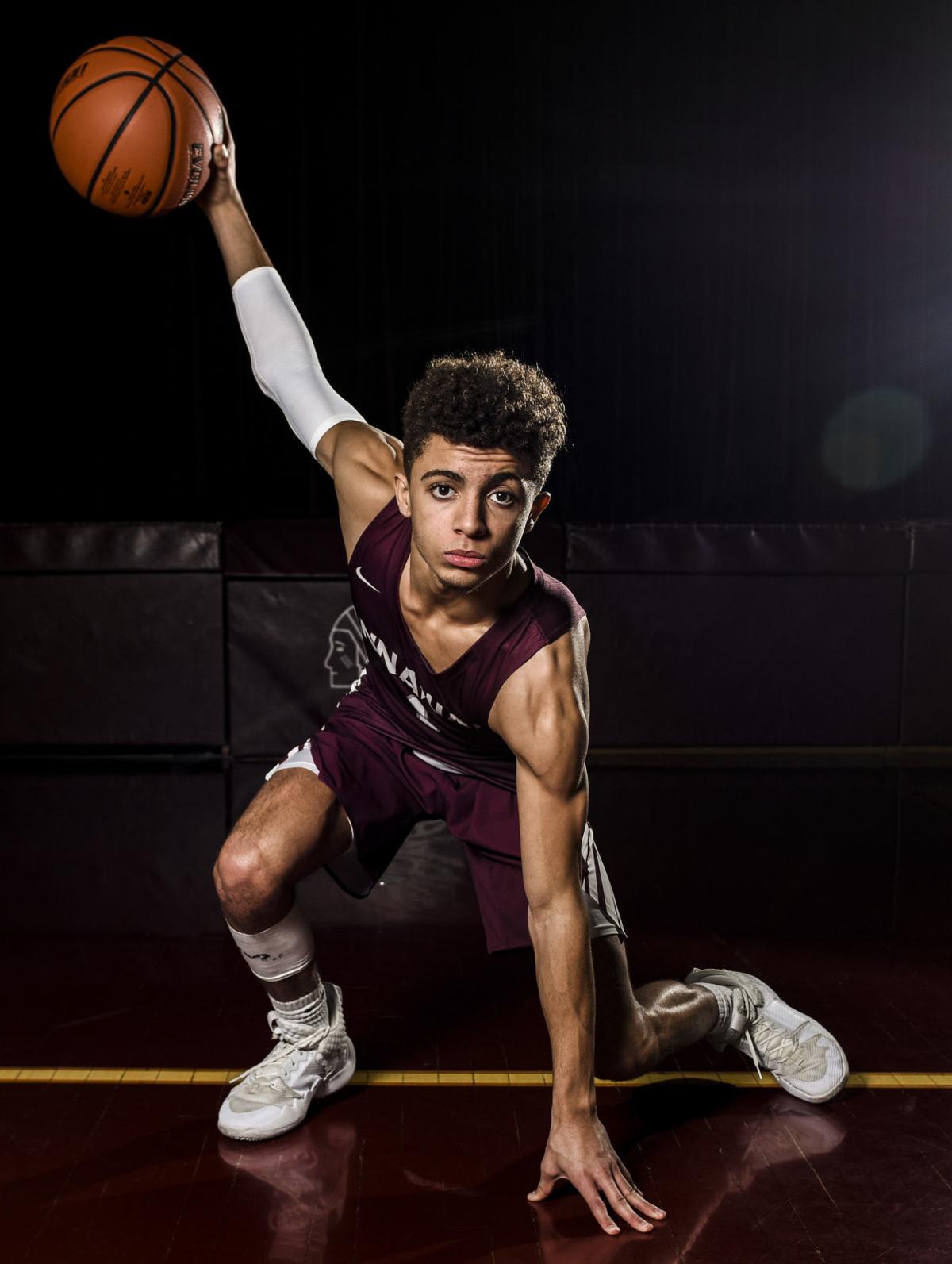 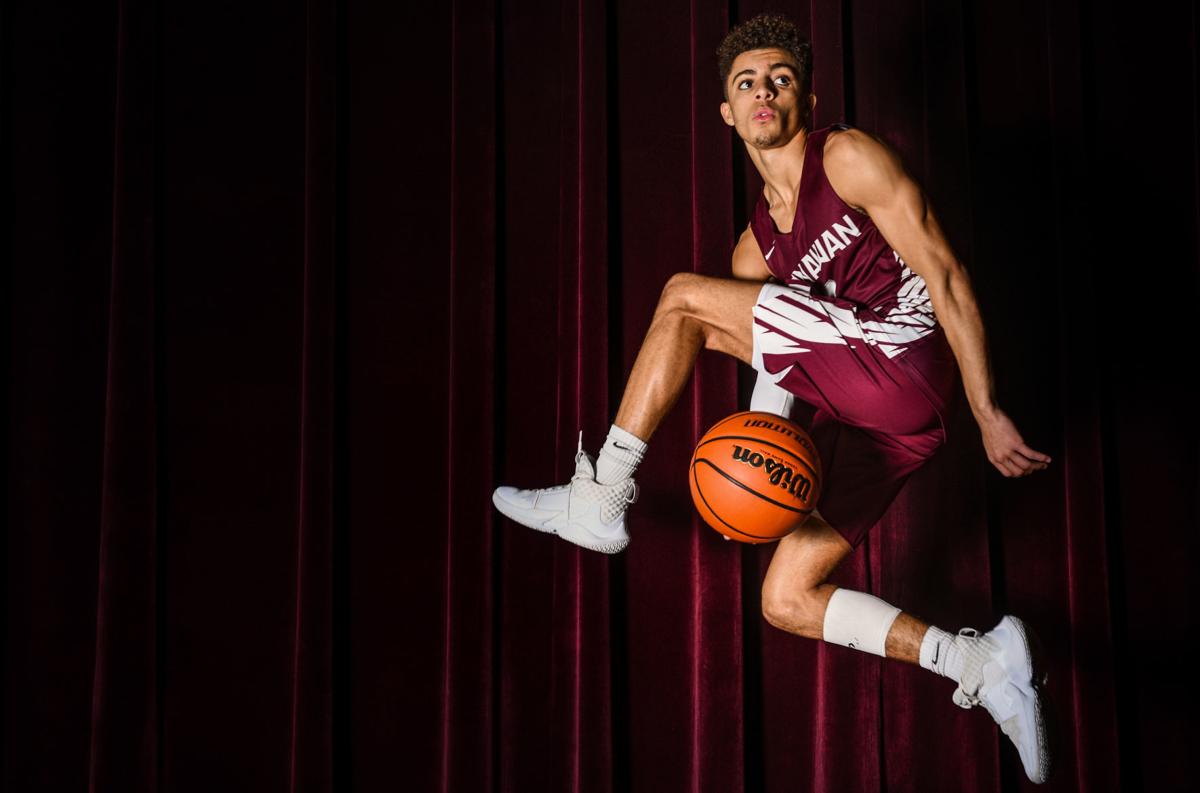 ANNAWAN — Julian Samuels didn’t waste any time channeling his heartbreak on the football field into a hunger on the basketball court.

After Annawan-Wethersfield’s program-record 12-win season ended in the Class 1A state semifinals, Samuels did not even have time to get a basketball practice in before the first game.

But the Annawan senior and three-sport standout took the transition from grass to hardwood in stride, scoring his early season high with 27 points in a win over Bureau Valley on Nov. 25 to start the season, just two days after the football season ended.

Samuels, this week’s Dispatch-Argus-QCOnline Area Pacesetter, leads the Braves with 19.4 points per game as Annawan has won six of its first seven games. The 6-foot guard has enjoyed the team’s quick start to the year and says their potential is “through the roof.”

The winning mentality and fearless attitude he had in football is something he brings to basketball. Falling short of a state title in football is also something Samuels uses as motivation on the court.

“That trophy was the only thing missing out of that season,” said Samuels, an All-Lincoln Trail Conference First Team wide receiver, defensive back and kick returner, “so I do still have a little chip on my shoulder going into basketball season.”

Samuels had the game-winning shot against Wethersfield, its co-op football partner, in the finale of the Wally Keller Classic, which Annawan won 51-50. Samuels had 18 points in the win.

“That was the game I had marked,” he said. “Playing against your teammates; you were just practicing with them a few days ago. It gets competitive, but in the end, it’s fun.”

Samuels’ quarterback and a Pacesetter in football, Coltin Quagliano, also started the year with a bang with 38 points, nine steals and seven assists in a win over Stark County.

“I could have told you that was going to happen,” Samuels said. “Coltin is one of my best friends. … He is a different type of animal. He comes in every single night ready to compete. He has that dog mentality every single night.”

Samuels played with high-level competition as part of Peoria Area Elite for the second off-season in a row, helping him work on his game and stay competitive. He says being more consistent and improving his defense is a goal of his each night.

Coach Alex Coppejans said one of the things he’s most proud of is how Samuels has bought into his role as a leader on the team. He’s always been coachable and retained a positive attitude.

“Being able to make others around him better and lift those other guys up is something I’m really happy with,” Coppejans said. “Seeing it early on, how he’s led our team, is the most important aspect to our early success.”

The success Samuels has had in basketball, football and track comes from a desire to set an example for others who may look up to the three-sport standout.

He strives to be a role model through his work habits. He remembers learning from the upperclassmen as a sophomore sixth-man on Annawan's 2018 Class 2A state runners-up. That was a growing experience and influence he continues to be grateful for.

Samuels hopes he can return the favor by leading teammates and younger athletes that may look up to him.

“The kids that look up to me are what keeps me going, and they motivate me every day,” Samuels said. “I take every rep seriously, because I know I’ve got people watching me and wanting to be like me.”

He couldn’t choose a favorite sport but noted each have their own positives and negatives. His dad, Mark Samuels, played basketball in college at Bradley.

Samuels has yet to settle on his college plans, but there is no doubt he will have options.

No matter the sport he’s competing in, he looks to be a leader.

“Every team needs a good leader. Someone has to step up to the plate and take that role,” Samuels said. “I think so far this year, I’ve embraced the fact that being a leader is part of what great players do.”

Superstition: “I have to end warm-ups with a make; and I had two different colored socks on my right foot during football.”