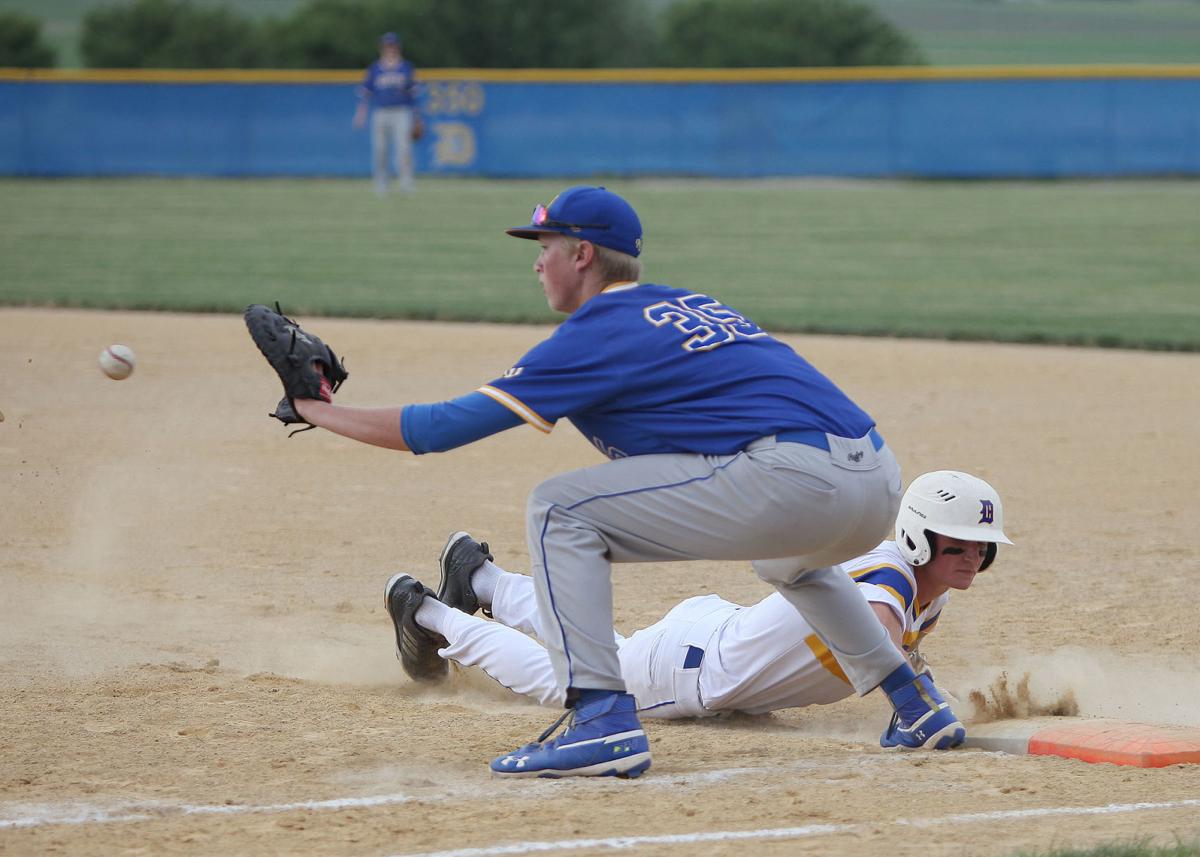 Durant's Jake Willkomm dives back to first base ahead of the pickoff throw during the third inning of Tuesday's game against Wilton in Durant. 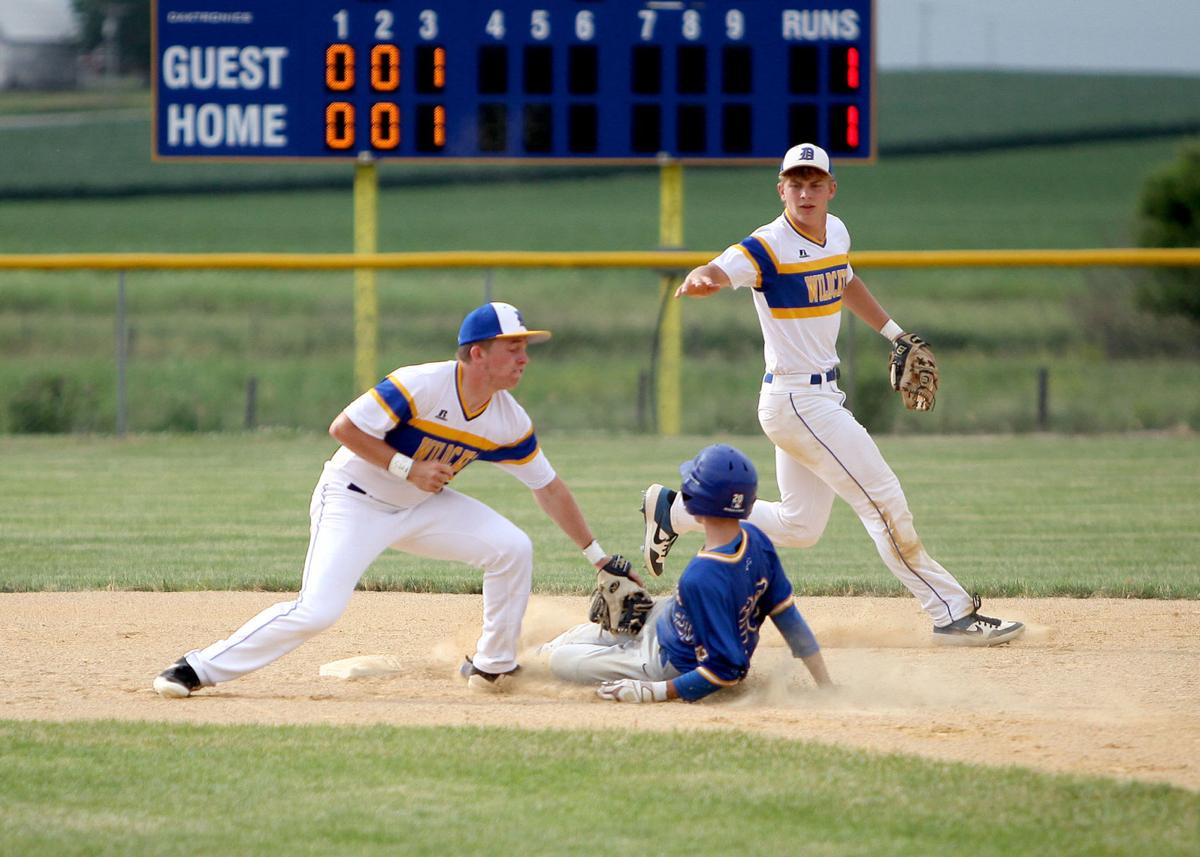 Durant's Drew Delong tags out Wilton's Aiden Walker as he tries to steal second base during the fourth inning of Tuesday's game in Durant. 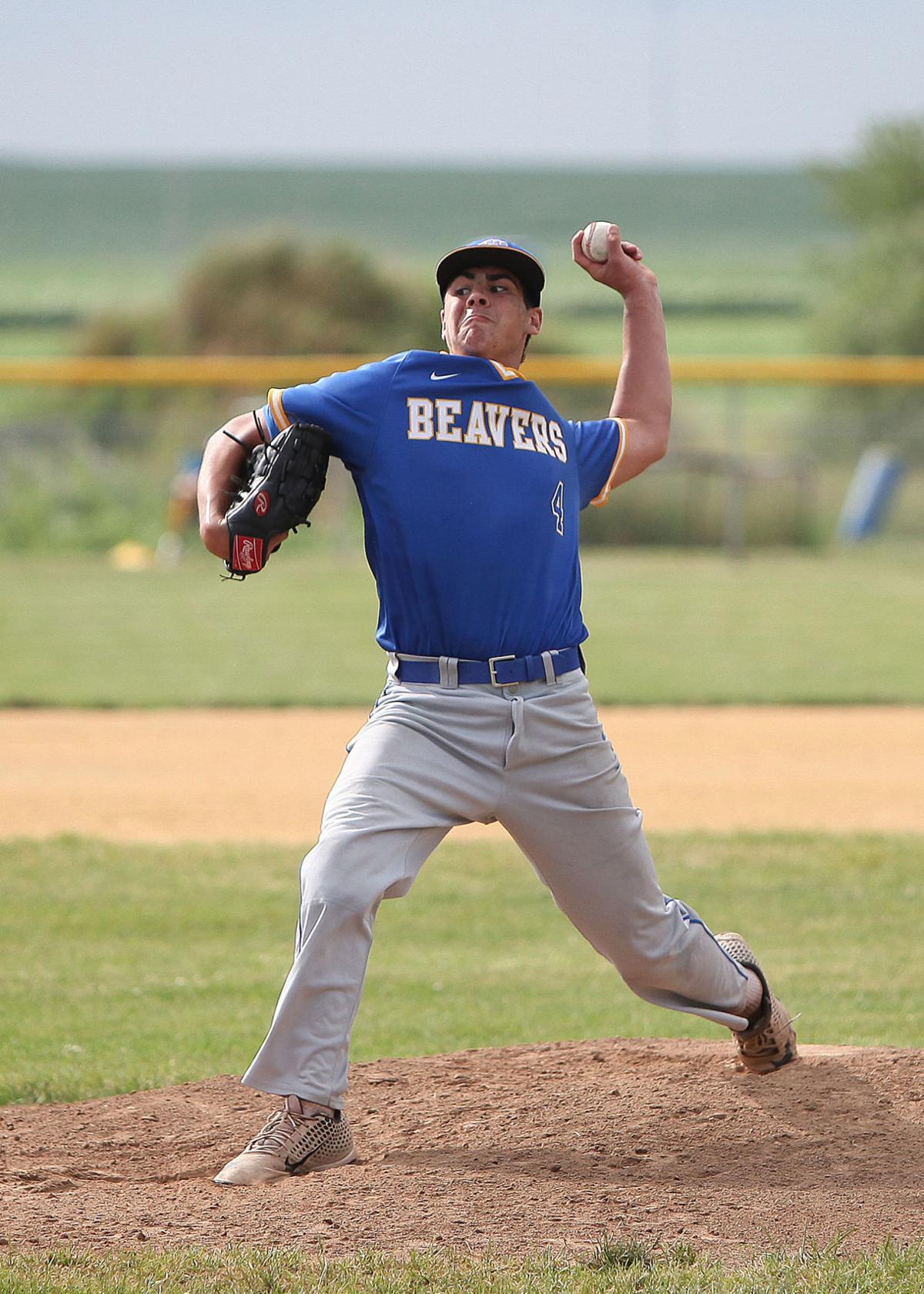 Wilton's Karson Willey fires a strike during the bottom of the second inning of Tuesday's game at Durant. 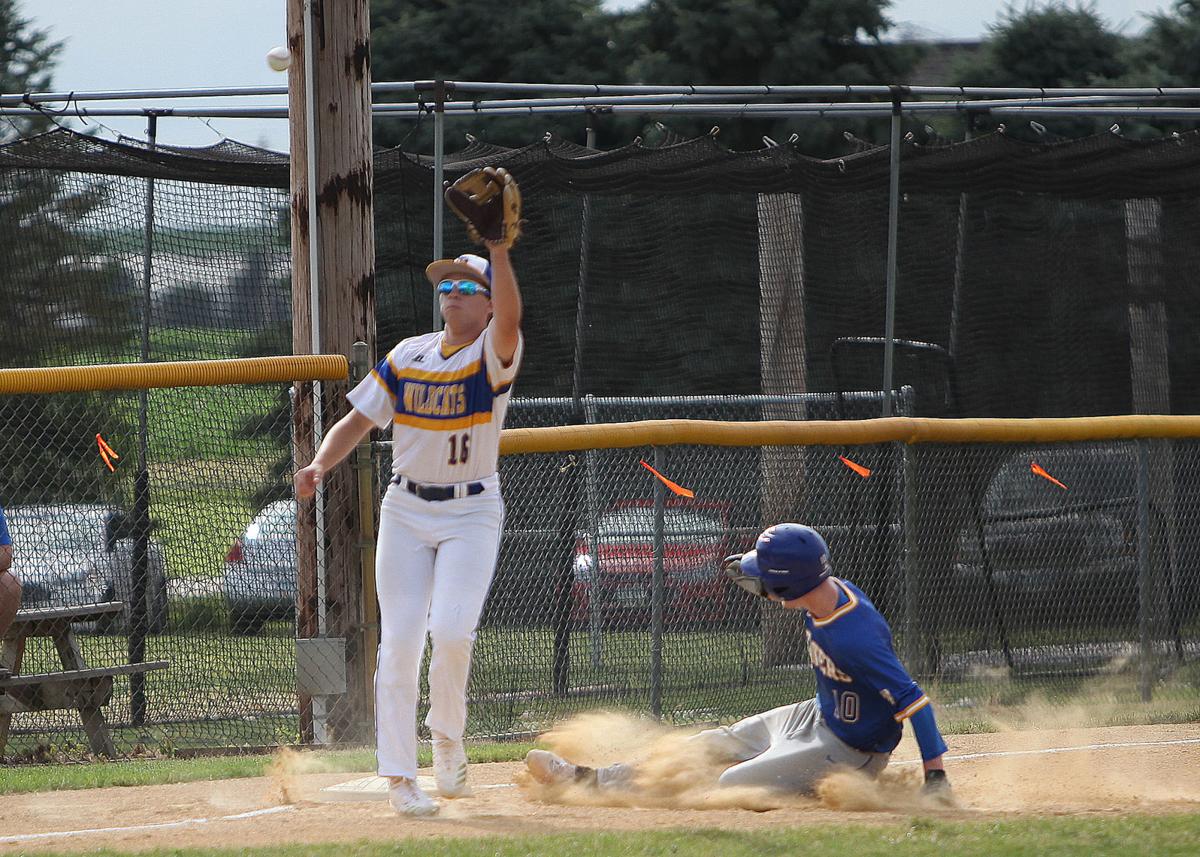 Wilton's Colby Sawvell slides into third base during the third inning of Tuesday's game at Durant.

One year after swiping 91 bases, the Wildcats are on another torrid pace.

With nine stolen bases helping lead to five runs, Durant ran away from Wilton Tuesday night at Durant High School, plating at least one run in the final four innings to triumph 6-1.

It’s the first time Durant beat their River Valley Conference rivals since 2017 and only the second time over the last 15 meetings.

“We got a lot of kids that can flat out run,” Wildcats head coach Shawn Dierickx said. “We come out, second night of practice, we time home-to-first. It was amazing how many were under a 4.2.”

"It's a big part of this team, getting into scoring position effectively," Willkomm said. "We struggled hitting with runners in scoring position a lot last year. Feel like all the pieces are coming together."

A standout on the track, Willkomm was looking to notch a few places higher on the podium after placing fourth in the Class 2A 200-meter dash in 2019.

With the spring season canceled because of the coronavirus pandemic, Willkomm wanted to make his final baseball season special.

“I’m just happy to have three weeks of baseball, at most,” the outfielder said. “We work on (baserunning) twice a week, and it just correlates to the game.”

Tied at one in the fourth, courtesy runner Garrett Hollenback stole second and third to set up Brendan Paper’s RBI single to give the Wildcats (5-3, 5-3 RVC) a lead they wouldn’t relinquish.

Three more runs were tacked on in the fifth to balloon the advantage to 5-1. Willkomm and Logan Callison each ended with two hits and an RBI as Durant totaled 11 hits.

“It was nice for the seniors to go out on this note,” Dierickx said. “We did tonight what we knew we were capable of. We can hit the ball really well.”

That was enough run support for sophomore Ethan Gast to notch his first win of the season.

Gast kept Wilton (4-4-1, 3-4) at bay with a lively fastball and an overpowering curve, limiting them to five hits while notching eight strikeouts.

The right-hander allowed just two runners to reach scoring position over the course of a full seven innings on 106 pitches.

The Beavers, after taking an early 1-0 lead on Jackson Hull’s sacrifice fly in the third, did have some chances.

A caught stealing then a pickoff once the first two batters reached base kept a rally from developing in the fourth. In the sixth, Durant turned a 6-4-3 double play and Gast struck out Nolan Townsend with runners on the corners.

“Just comes with the inexperience,” Wilton head coach Jake Souhrada said. “Tried to manufacture some runs and it just didn’t happen for us.”

After hitting .325 a season ago, Wilton’s team batting average has dropped over 100 points as it is replacing 10 batters who all hit .240 or higher.

“We’re going through the rebuilding process right now,” Souhrada said. “We missed the preseason hitting time and obviously, that shows.”

The Assumption baseball team did a bit of everything right in Thursday’s Mississippi Athletic Conference doubleheader sweep of Bettendorf on Thursday.

Runs were scarce for Pleasant Valley’s baseball team in the first several games of the season. It was blanked twice and held under four runs on three other occasions.

After using four pitchers in a doubleheader-opening loss to Assumption, Davenport West was going to need a gritty effort from its staff to earn a split Tuesday night.

Durant's Jake Willkomm dives back to first base ahead of the pickoff throw during the third inning of Tuesday's game against Wilton in Durant.

Durant's Drew Delong tags out Wilton's Aiden Walker as he tries to steal second base during the fourth inning of Tuesday's game in Durant.

Wilton's Karson Willey fires a strike during the bottom of the second inning of Tuesday's game at Durant.

Wilton's Colby Sawvell slides into third base during the third inning of Tuesday's game at Durant.