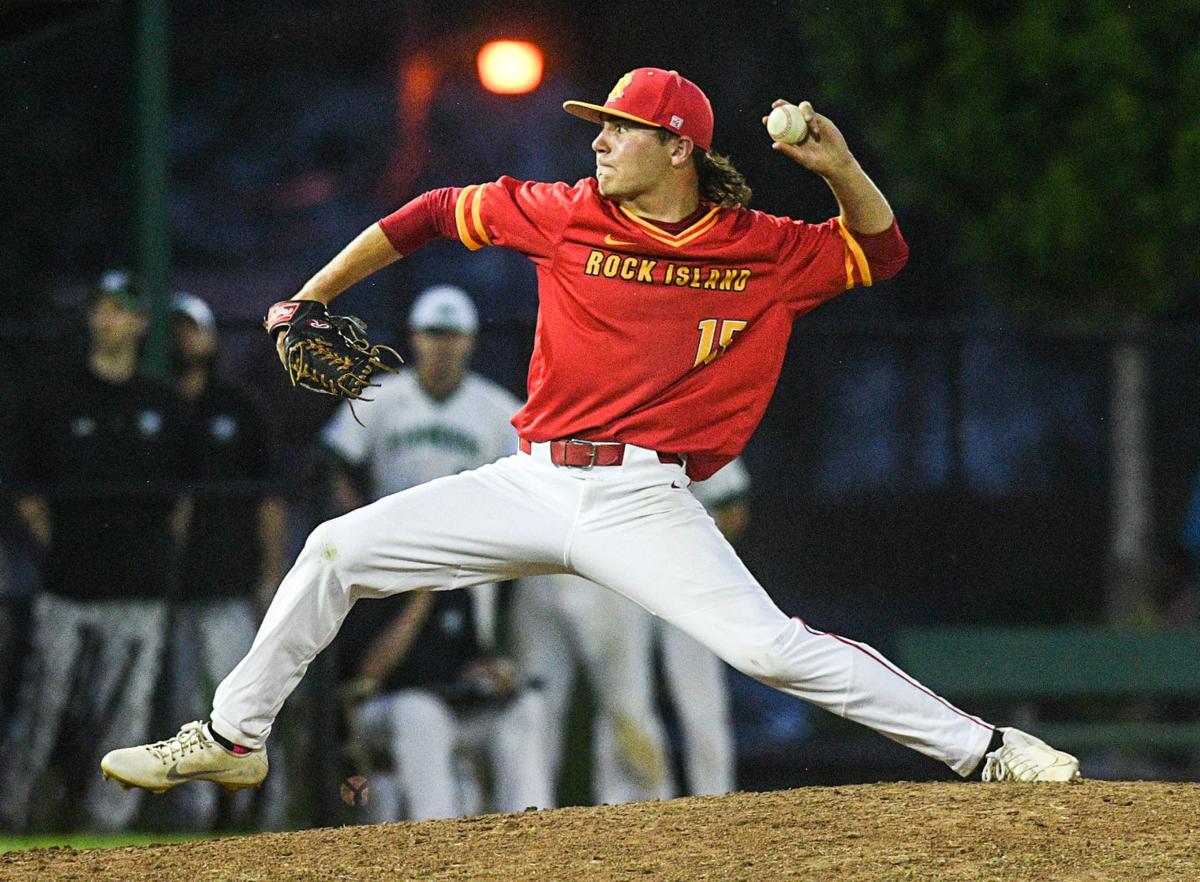 Rock Island's Conner DiIulio (15) pitches to an Alleman batter during Monday's Rocktown Showdown at Douglas Park. DiIulio, a freshman, was the winning pitcher as the Rocks held off the Pioneers 8-5 to retain city bragging rights. 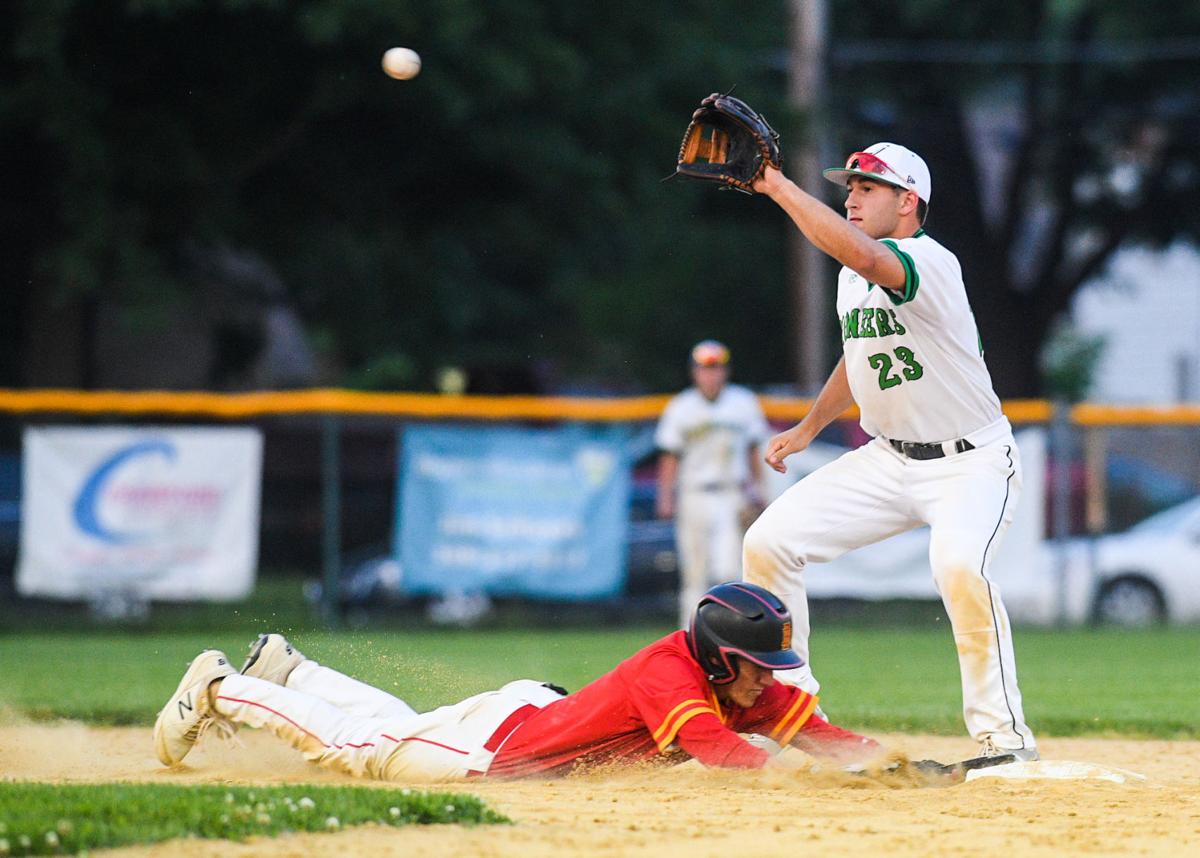 He seized the opportunity to pitch in the fourth annual non-conference Rocktown Showdown between the city rivals at Douglas Park.

Dilulio, typically an outfielder who made one prior pitching appearance, nearly pitched a complete game in an 8-5 win over the Pioneers. He also helped his own cause with an RBI single in the No. 9 spot in the batting order.

Dilulio (1-0) allowed one hit and faced the minimum through three innings on the mound before the Pioneer offense awakened. He was eventually forced out by the pitch limit after 6.1 innings, allowing five earned runs on seven hits with five strikeouts and five walks.

The Pioneers (15-8-1) loaded the bases with one out in the seventh inning, but Hunter Melody got a flyout and a groundout to help the Rocks (14-10) earn bragging rights after last baseball season was canceled due to the COVID-19 pandemic.

Rocky leads the Rocktown Showdown series 3-1 and retains the trophy.

“It’s a big opportunity for me as a freshman,” Dilulio said. “I was super excited when I got the text last night that I’m starting. I’ve got friends on the (Pioneers), so I was really excited to pitch against them.”

Dilulio plays travel ball on the 29ers with some of the Pioneers players.

Rocky out-hit Alleman 9-5 in the win.

Rocky coach Jake Scudder said the staff knew Dilulio had talent on the mound, but could not use him early on since he injured his arm his last football game.

“He’s been so important for us defensively that we haven’t had the opportunity to use him as much as we like,” Scudder said. “We can’t say it was what we expected, but we knew he was going to go out there and compete his tail off and he did exactly that.”

Alleman relief pitcher senior Noah Schneider (1-2) was also making his first start. Rocky made hard contact early and often and led 3-0 after two innings before opening up things with a five-run fifth.

Tyler Hansen was 2-for-3 with two RBIs for the Rocks. AJ Freeman also had two hits and scored two runs at the leadoff spot for Rocky and Mateo Pena had two singles and a sacrifice fly.

Scudder said the atmosphere at Douglas Park was the best his team has experienced so far, which was a good taste for what the postseason might feel like.

“It was really good to get our guys into this atmosphere with lots of people,” he said. “Very competitive, especially late.”

“”It’s a fantastic game, fantastic night, the atmosphere was great,” he said. “We’re just going to turn the page. We’re playing for a Western Big 6 Conference championship. Every year this is their world series, and every year we come out and fight. This is a good game that gets us ready for (today) in Galesburg.”

Alleman leadoff hitter Zach Carpita was 2-for-3 with two runs scored. Dylan Phelps had a two-run single with two outs in the sixth for Alleman.

Jackson Marx flew out and Phelps grounded out to end the game with the bases loaded for Alleman.

For a Rocky team not in contention for the Big 6 crown that will be decided this week, Dilulio said the team is ready to roll with the postseason approaching.

Wet weather returns to the Quad-Cities. Here are the weather details from the National Weather Service.

Rock Island's Conner DiIulio (15) pitches to an Alleman batter during Monday's Rocktown Showdown at Douglas Park. DiIulio, a freshman, was the winning pitcher as the Rocks held off the Pioneers 8-5 to retain city bragging rights.