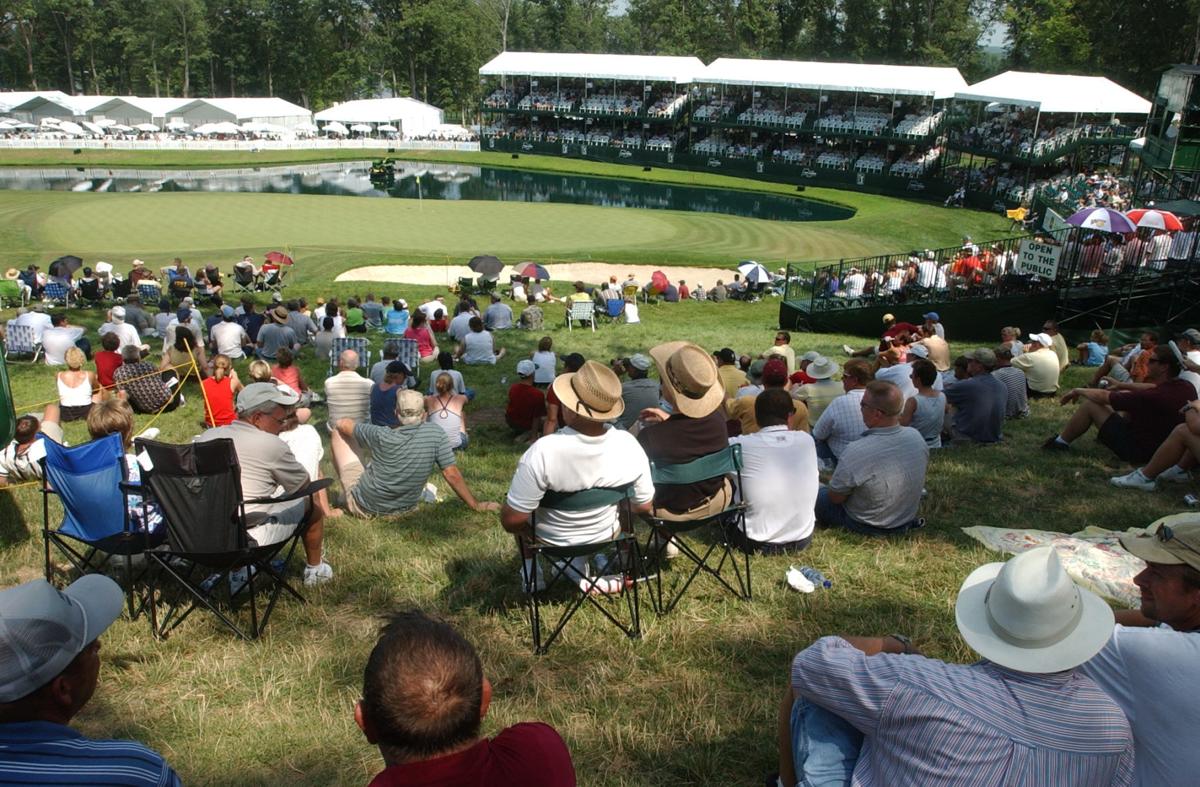 Without the John Deere Classic being played this year, TPC Deere Run will have a different look and feel this week -- when the JDC was scheduled to be played. A number of special events are planned at the Silvis facility during what id being called "JDC Tribute Week" at the club.

There will be tournament play at TPC Deere Run this week.

The pin placements will be set up as they would be every year for the John Deere Classic.

However, none of that action will revolve around the PGA Tour that was scheduled to be in town this week.

Because of the COVID-19 pandemic and the havoc that it has wreaked on the state as well as the country, things happening in 2020 do not look like they have every other year at this time.

And that has resulted in the 50th anniversary of what had been the annual PGA Tour stop in the Quad-Cities since 1971 to be shelved for a year.

“Obviously, it is disappointing not having the event,” said Kevin Dean, second year TPC Deere Run head golf professional. “But at the end of the day, I think it is the right call.”

Another correct call has the staff at Deere Run doing what it can to make the best of a difficult situation during “tournament week” at the Tour-owned facility in Silvis.

And while it may not be business as usual at Deere Run for the next seven days, the staff there is doing its best to give the facility a tournament-week feel, help the golf lovers of the area have a little fun and also give back to the tournament during a year in which it might take a hit in terms of charitable donations that are the life blood of the Quad-Cities' major sporting event.

That is why Dean and Deere Run general manager Todd Hajduk have come up with the facility celebrating “JDC Tribute Week.”

“We want to celebrate the week,” Dean said. “It's an important week not only for the community at large, but it's also important for the staff, too.”

The week gets off to a busy start. On Monday and Tuesday, nearly 180 young golfers are being hosted in the TPC Deere Run Junior — an event organized by the Iowa PGA Section. The event had annually been held earlier in the year under the John Deere Classic banner, but also underwent changes this year because of the pandemic.

Dean said this is one of the larger fields for the event.

Fun for the paying public then kicks in on Thursday. That is when the set up of the course will mirror that of the JDC for four days. Pin placements will be cut where they normally are for the four days of the tournament. Back tournament tees will also be in the same locations.

“It's been a positive response so far,” said Dean, noting that will give the paying public a new appreciation for the hole locations that Tour players have to deal with.

“People are excited to play the pins that they wouldn't normally see during the day-to-day operations,” admitted Dean. “They are a bit more difficult and tucked behind bunkers and so forth. It gives the guests playing that week a chance to experience shots that the Tour players face on a weekly basis.”

Golfers playing this week will also have a number of ways to be involved in the JDC's Birdies For Charity program.

It starts with a portion of each golfer's green fees being donated to the Birdies For Charity Bonus Fund.

“We wanted to create a bit of a give back to the Birdies For Charity program,” Dean said. “Obviously, that's taken a little bit of a hit. We're doing what we can to support that and keep the spirit of the tourney alive.”

One of the program's features is to guess the number of birdies the pros make during tourney week from the Wednesday pro-am through Sunday. This week, those playing the PGA Tour-owned facility will get to guess the number of birdies and eagles scored from Thursday through Sunday. The player with the closest guess will win a $50 TPC Deere Run gift card and some JDC swag.

The first 250 players will receive a free copy of "The Grunt Dome" book that offers a light-hearted look inside the JDC.

Also on the table are chances to win an official JDC tee marker signed by 2018 champ Michael Kim and a SM8 Vokey wedge stamped with "TPC Deere Run."

While it won't be anything close to business as usual at Deere Run this time of the year, there will be plenty happening in Silvis to keep the aura of the John Deere Classic alive and well to get us all to the 50th anniversary event next July.

Some rounds of golf are smooth and easy.

Vogler off to good start in Illinois Jr. Girls Am title defense

Shannyn Vogler was a happy golfer Wednesday afternoon as she became a part of Illinois Women's Golf Association history.

JOHNSTON ON GOLF: Lawrence, Bussert excited to tee it up in Illinois Open

When David Lawrence and Tyler Bussert tee it up Monday in the Illinois Open it will be more than just a golf tournament for both.

With three grueling days of demanding golf behind him, Dusty Drenth could finally exhale a little it.

What a mixed bag of emotions this week has been for local golfers.

Joe Demory found it very easy to smile Sunday afternoon after his round of golf at Emeis Golf Course.

Without the John Deere Classic being played this year, TPC Deere Run will have a different look and feel this week -- when the JDC was scheduled to be played. A number of special events are planned at the Silvis facility during what id being called "JDC Tribute Week" at the club.