The Chicago Bears practiced for a little more than two hours Saturday in front of fans at Halas Hall before heading into an off day Sunday.

Here are three things we learned from coach Matt Nagy and players at the practice.

1. The Bears defense is using a big blue laundry bin as its ‘Takeaway Bucket’ in 2021.

The ritual started during organized team activities and minicamp this spring, a prop used by new defensive coordinator Sean Desai to remind his players of the importance of takeaways. Safety Deon Bush added to the collection Saturday morning with an interception in the end zone of an Andy Dalton pass to Cole Kmet.

After Bush took his pick all the way to the other end zone, he did a short dance and underhanded his takeaway into the bucket, getting a roar from a collection of defensive teammates.

“The guys have fun with it,” Nagy said. “It spices things up.”

As far as the unwritten rules for how to distribute takeaways into the bucket?

“You can do whatever you want,” Bilal Nichols said. “Any type of slam dunk. Between the legs. Reverse. Any way you want. It can’t be wack though or you’re going to hear about it in meetings.”

The Bears defense had only 18 takeaways last season, half the total the 2018 squad produced. Finding ways to increase that total in 2021 is a priority talked about on a daily basis.

“Oh man. That gives us an incentive,” Nichols said of the giant blue bucket. “It gives us that energy. When you get that turnover, you want to run to that blue bucket so you can show everybody what you can do. It’s just to keep us going and keep us excited.”

2. Marquise Goodwin’s attention is back on using his speed on the football field after his Olympic Trials bid.

Goodwin wore Bears gear when he competed in the long jump at the Olympic Trials in June because he wanted to let fans know that he was “still committed to football and that I was excited about representing my team that supports me.”

Goodwin was a two-sport athlete at Texas, has played seven years in the NFL and was a 2012 Olympian in the long jump. When he signed a one-year deal this offseason the Bears signed off on his attempt to make another Olympic team, but he didn’t make it out of the qualifying round with a jump of 24 feet, 10 inches.

“A little disappointed, not really frustrated,” Goodwin said. “I’m grateful. I don’t really harp on things that I can’t control. I controlled what I could in that moment, which was to go out and compete. And those guys were just better on that day, so I look forward to seeing them compete and represent the country well.”

With his attention back on the Bears, Goodwin said he hasn’t had time to watch Olympic track and field competition, though he did make a plug to watch his friend Will Claye, who is competing in the triple jump.

“I’ve been watching my playbook and the back of my eyelids and my daughter. I haven’t had the chance to watch anything but highlights,” Goodwin said.

The speed of the Bears wide receivers corps has been a topic of conversation in the first week of camp after the Bears added Goodwin and Damiere Byrd — who both have run the 40-yard dash under 4.3 seconds — to the mix with Darnell Mooney.

Goodwin was asked who the fourth Bears player would be on a 400-meter relay team with those three.

It was the second hypothetical team on which Goodwin was included Saturday. While talking about how tight end Jimmy Graham uses his size to his advantage, Nagy mentioned the offensive coaches and players had come up with a starting five on a would-be basketball team.

Graham would be at center, quarterback Nick Foles at point guard and wide receivers Allen Robinson, Javon Wims and Thomas Ives would also start. Goodwin would be the sixth man, Tarik Cohen decided.

“Because his defense would be like a gnat, just all over people,” Nagy said.

Those are Thomas Graham Jr.’s words.

Graham, a sixth-round pick out of Oregon, has become close with Fields since the two were drafted in late April. They play video games and watch practice video together, picking each other’s brains on plays that went well and others that didn’t.

“He likes to walk around with a little swagger, always confident,” Graham said. “I like to be around a confident person like that because it just brings confidence into yourself.”

31 historical photos of the Chicago Bears

The Chicago Bears had a day off from practice Sunday and returned to the practice field Monday morning at Halas Hall. The team will venture to Soldier Field on Tuesday for their first padded practice of the season. 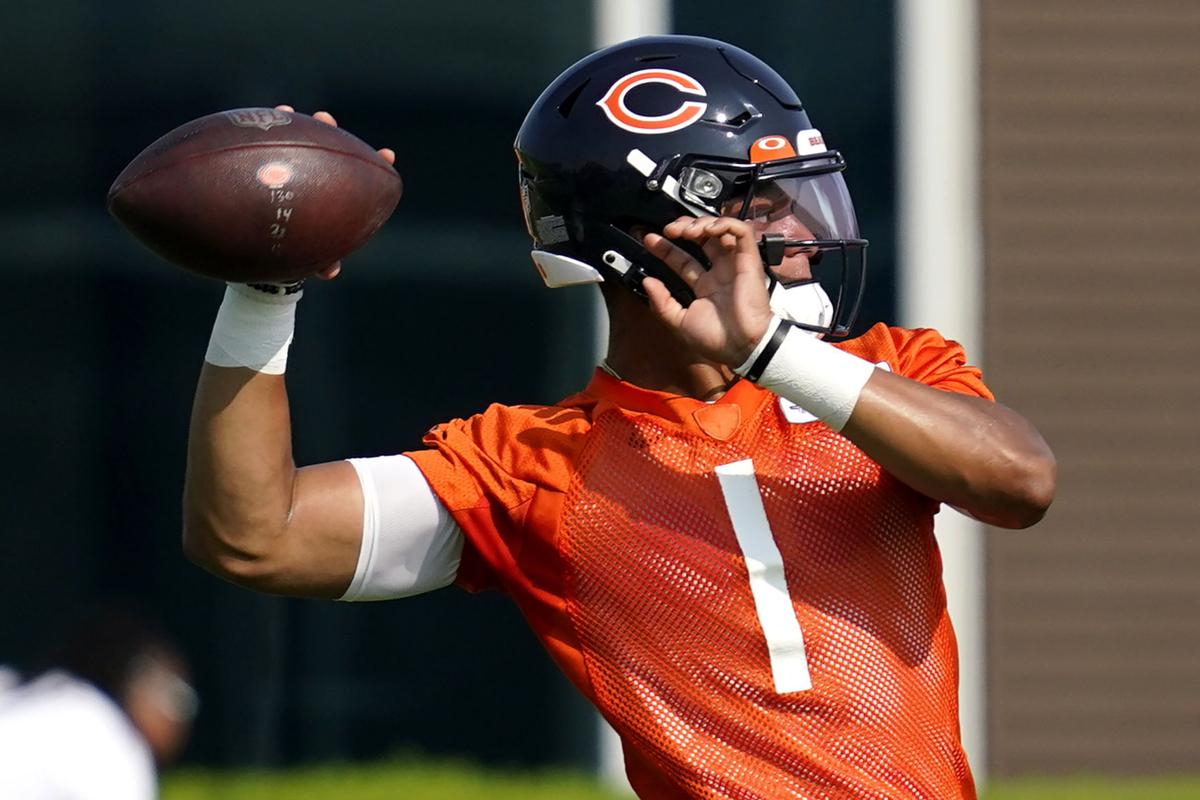 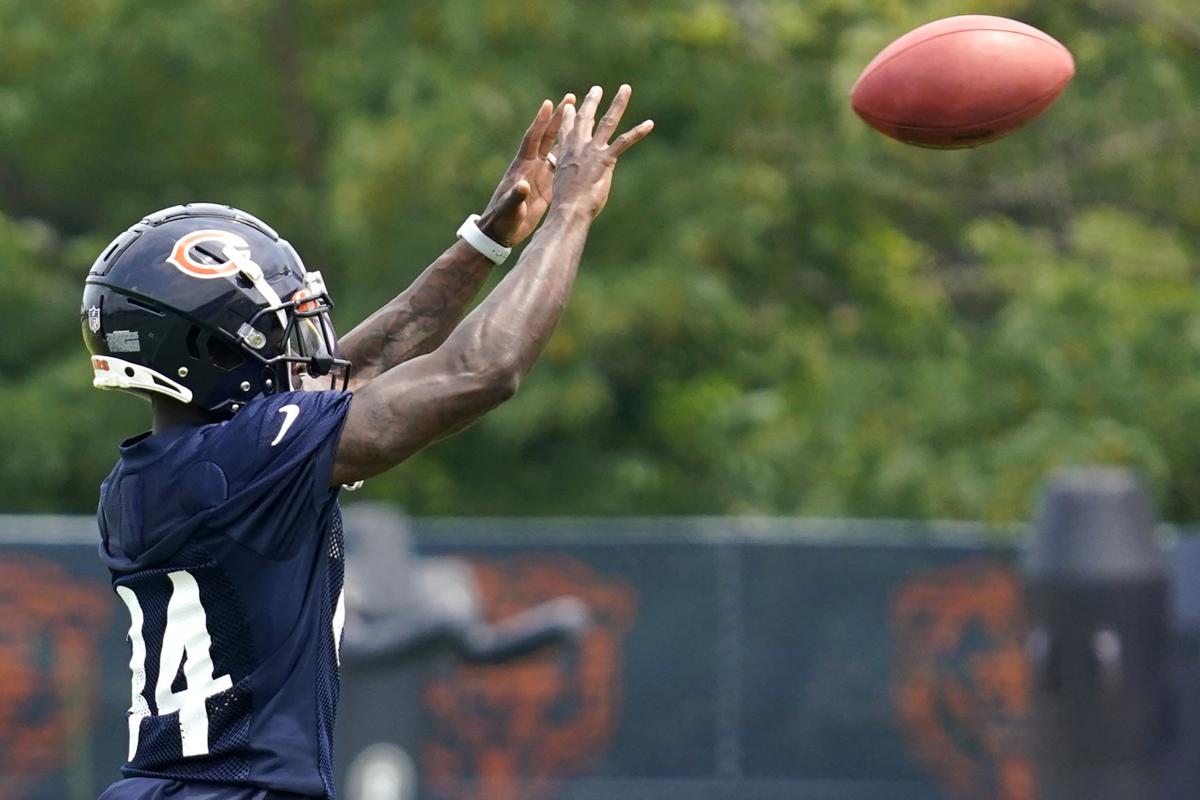 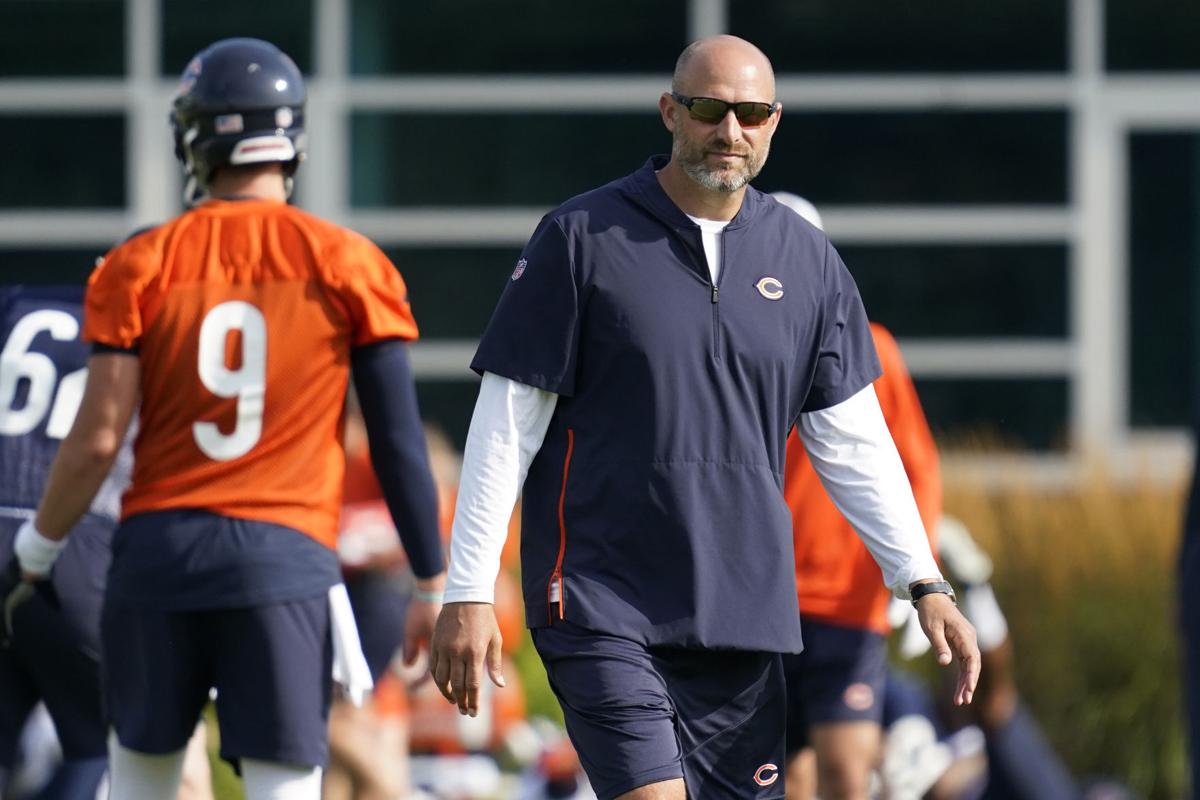 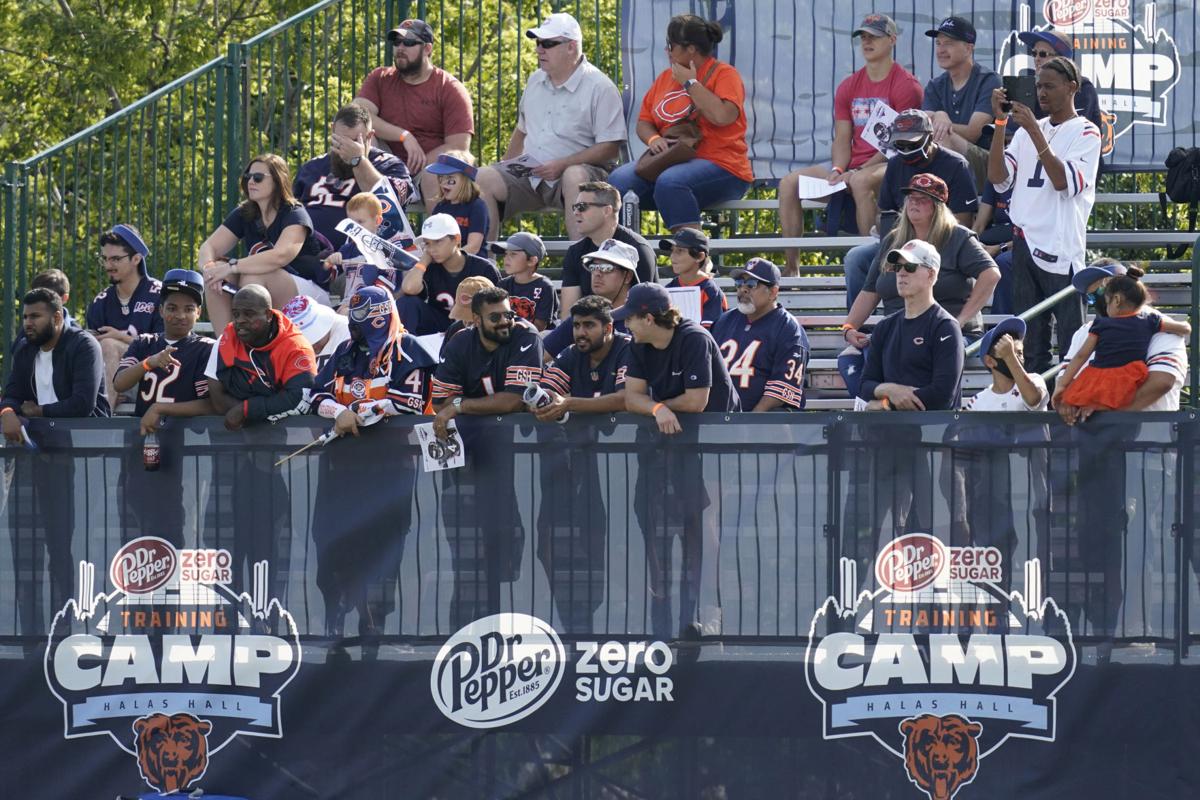