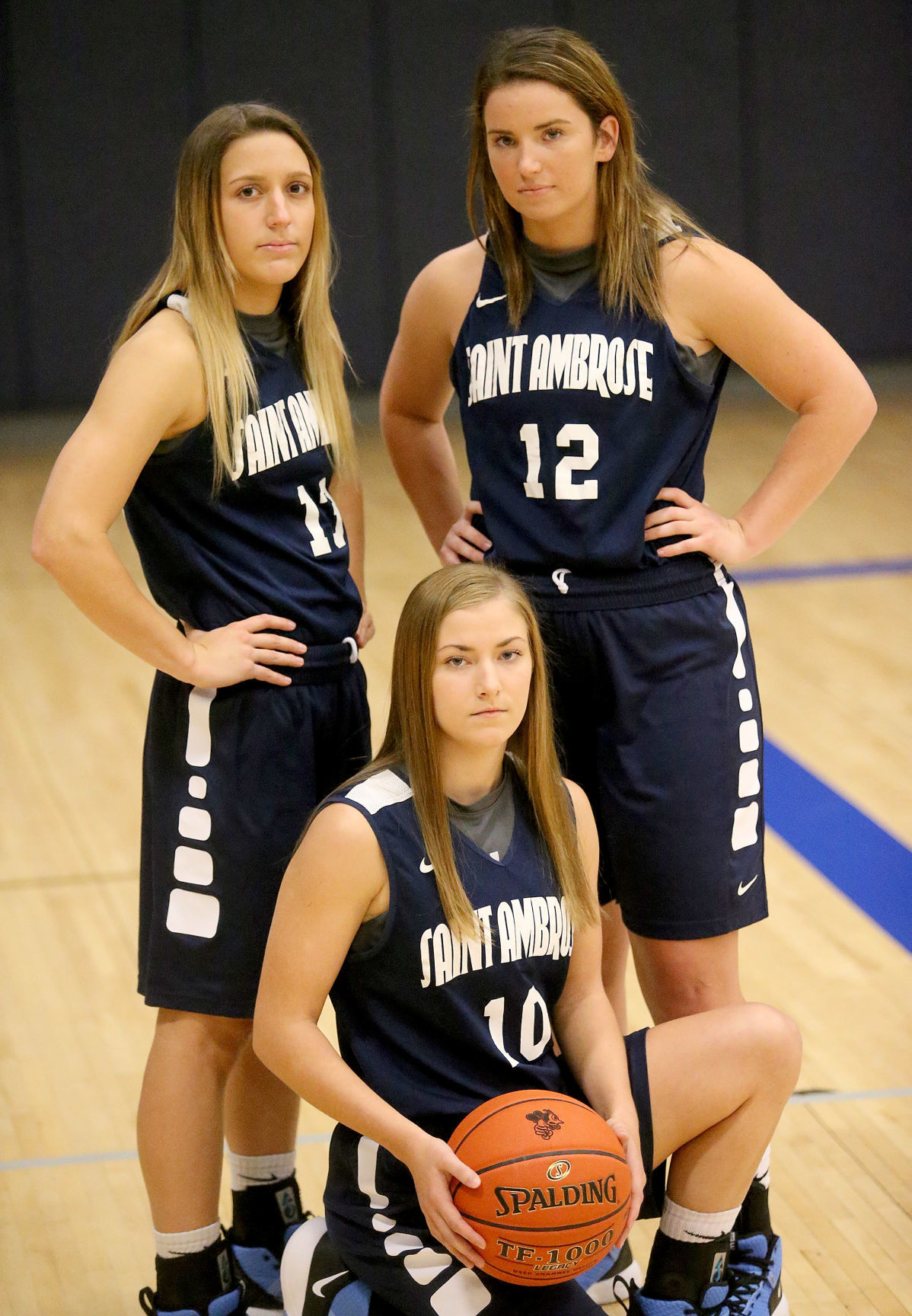 Among the top players for the St. Ambrose women's basketball team this season will be Madi Epperson (13), Maddy Cash (12) and Colleen Grady (10). 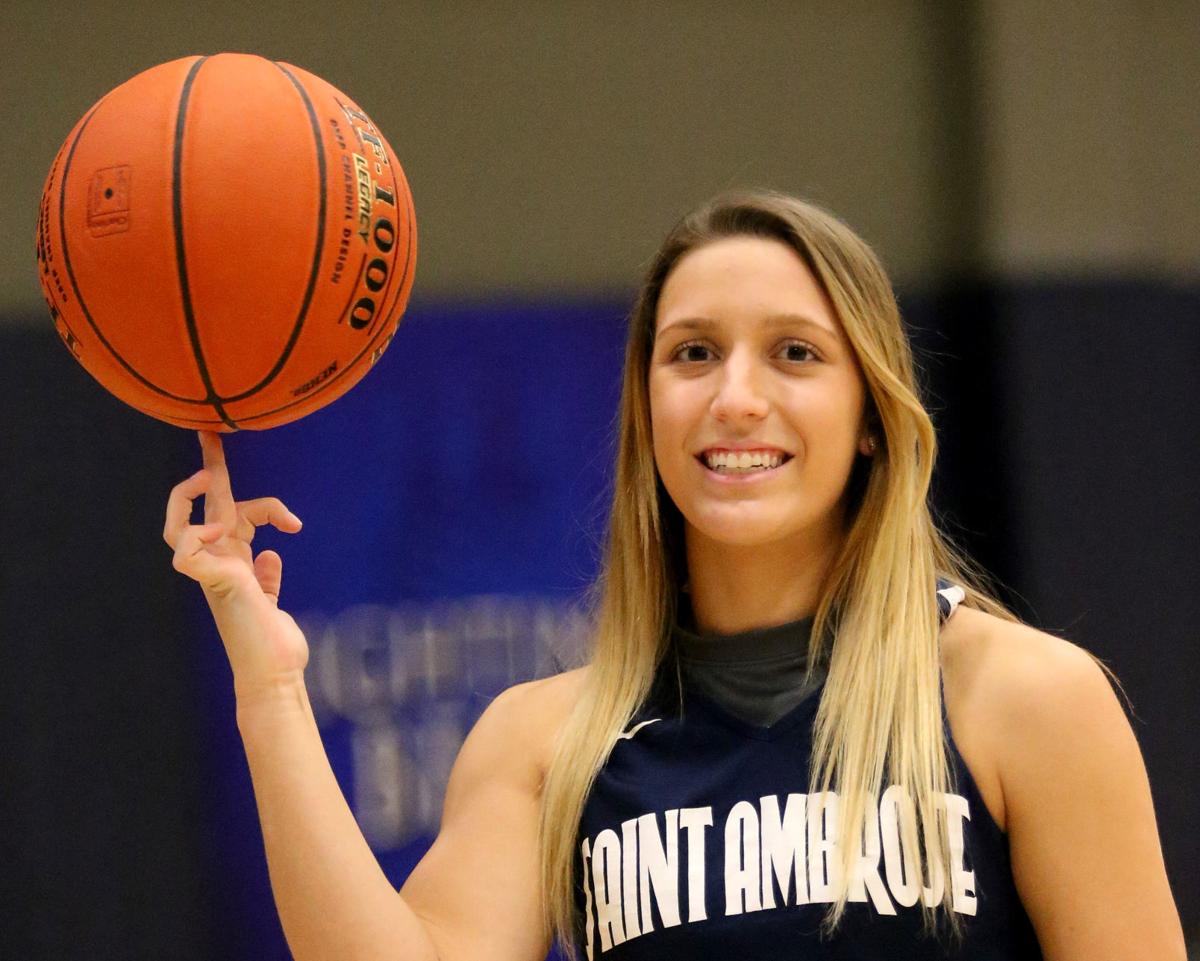 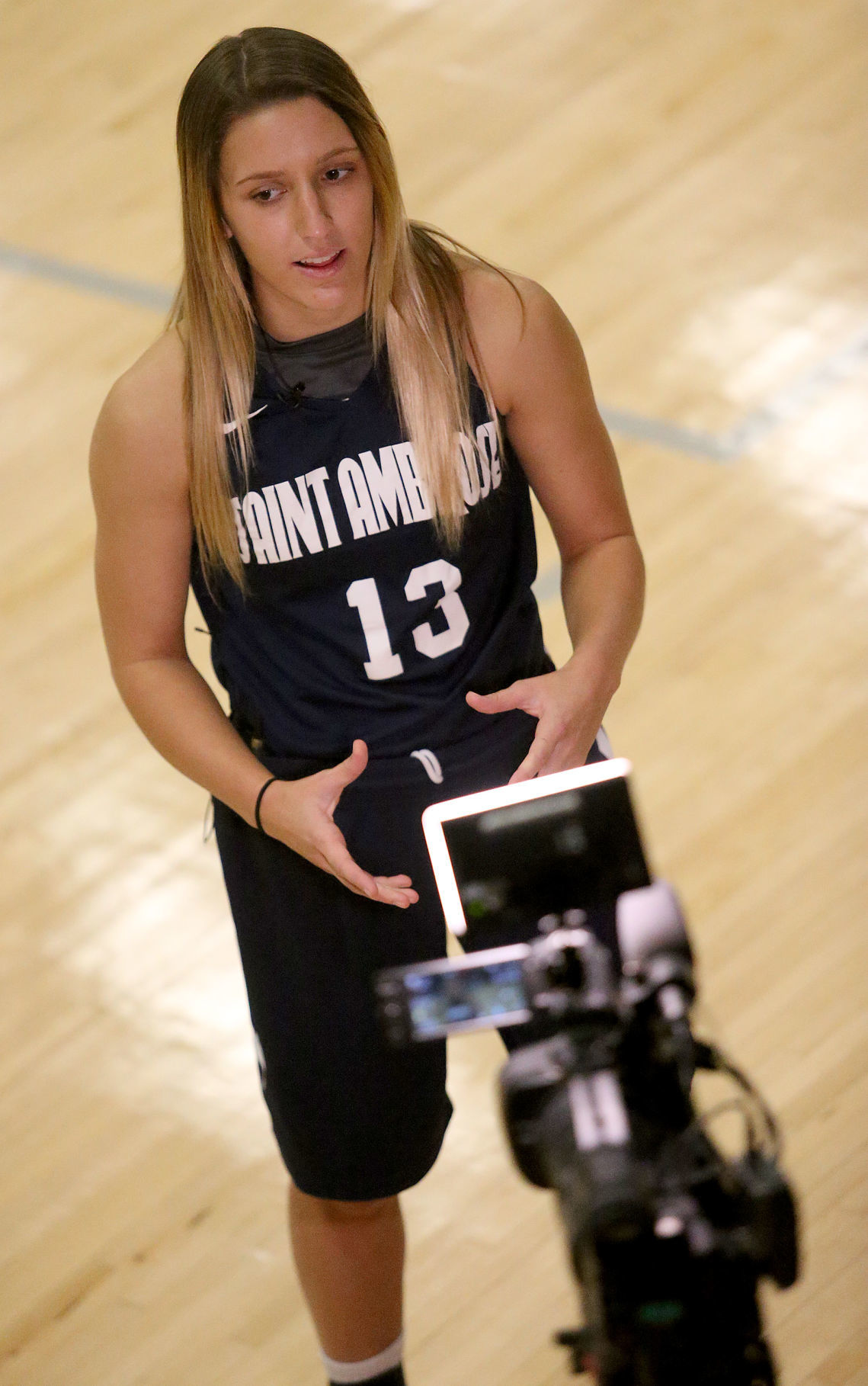 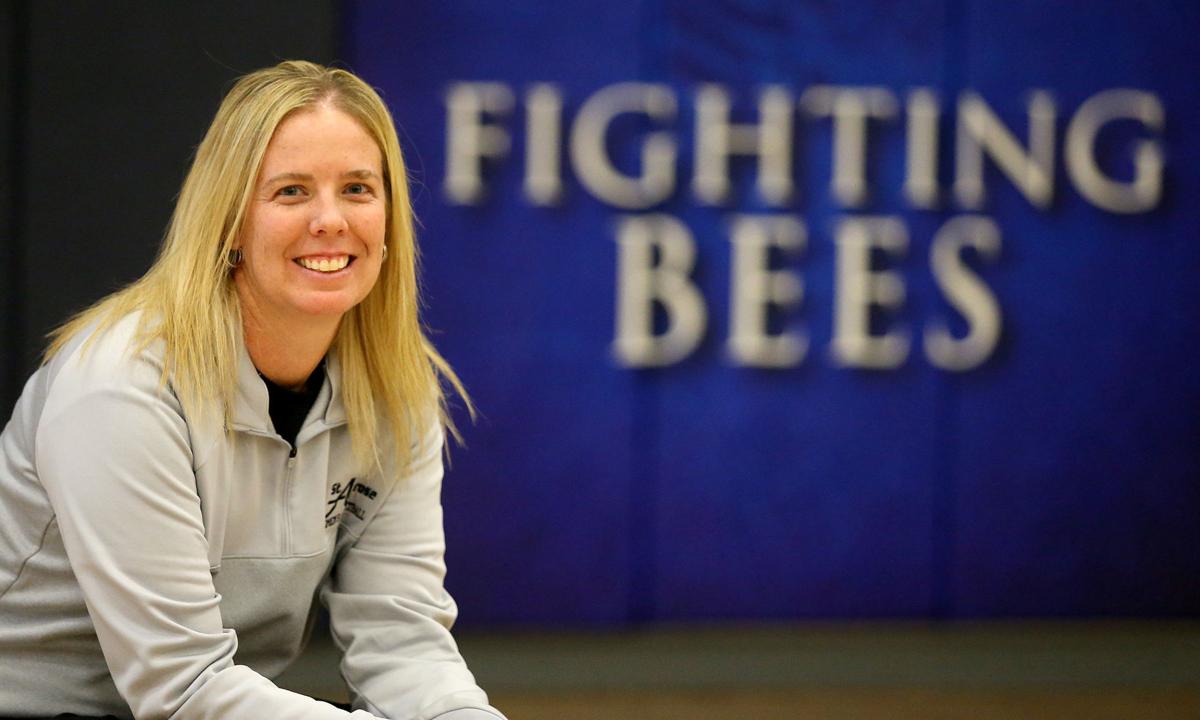 DAVENPORT — There’s a simple answer to the complex question the St. Ambrose women’s basketball team faces at the onset of a new season.

“Everyone’’ is who coach Krista Van Hauen is counting on to help the Fighting Bees replace the three 1,000-point scorers who completed their eligibility last season.

“It’s going to be a collective thing and I feel like we have the players who are ready to step up and make it happen,’’ Van Hauen said. “We’re a couple of weeks into practice and a couple of weeks away from our first game, but I see a good balance developing.’’

St. Ambrose has just three seniors on its roster, but returns three starters from the program’s first 20-season in four years.

Van Hauen said the Fighting Bees will continue to push the tempo and are currently looking at several options inside to complement a solid returning backcourt.

“We have some size on the roster this season and we may have a couple of different looks inside,’’ Van Hauen said. “We’re still sorting through some of that and it may take time to figure out our best rotations, but I like what I’m seeing from a lot of our younger players.’’

St. Ambrose has nine freshmen and four transfers on its roster, including some players who will benefit from a new full junior-varsity schedule.

“The newcomers are pushing us every day in practice,’’ senior forward Colleen Grady said. “It’s pretty competitive right now and that’s a good thing for us.’’

Van Hauen sees that as well.

“There are some opportunities out there and this group is really getting after it,’’ Van Hauen said. “Everybody is pretty motivated. For the first time in a long time, we don’t have anyone returning who has played at (NAIA) nationals and getting back to Sioux City and getting that chance to compete there again, that’s something they want.’’

Madi Epperson is the lone returning player among the Bees’ four double-digit scorers last season. The 5-foot-6 junior averaged 10.9 points per game a year ago while leading St. Ambrose with 58 3-point baskets.

Sophomore Maddy Cash and senior Gabrielle Koelker also return in the Fighting Bees’ backcourt, while Flynn, a 29-game starter two years ago, is expected to see action at guard this season after playing as a forward in the past.

“It’s been a different role for me, but it’s something I’m adjusting, too,’’ Flynn said. “It’s about teamwork and I feel our strength is going to be our team this season. I think we’re going to have really good balance.’’

“There’s good leadership on this team. The seniors, they’re helping bring everybody together and I feel like we’re starting at a good point,’’ Epperson said. “We lost a lot of scorers from a year ago, but that just creates opportunities for everyone.’’

And the solution, Koelker believes, will be a collaborative effort.

“It’s on everyone to step up and do a little more,’’ Koelker said. “We all need to look for good shots and take them when they’re there. It’s going to take everyone.’’

“I feel like we’re going to have good balance on this team. We have a lot of players who can score the ball and who are a good fit with the way we play,’’ she said. “There is a lot of potential here and we’re working to make the most of it.’’

BEES AT A GLANCE

Among the top players for the St. Ambrose women's basketball team this season will be Madi Epperson (13), Maddy Cash (12) and Colleen Grady (10).