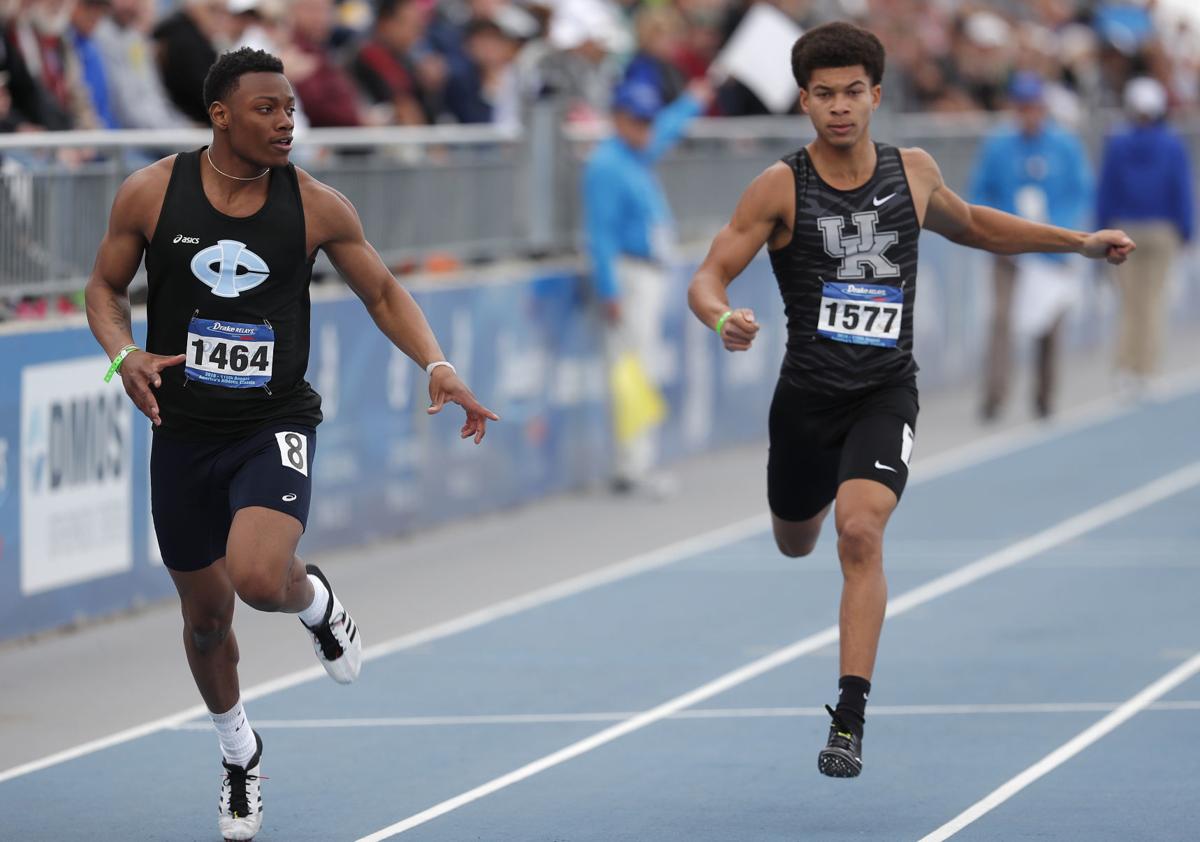 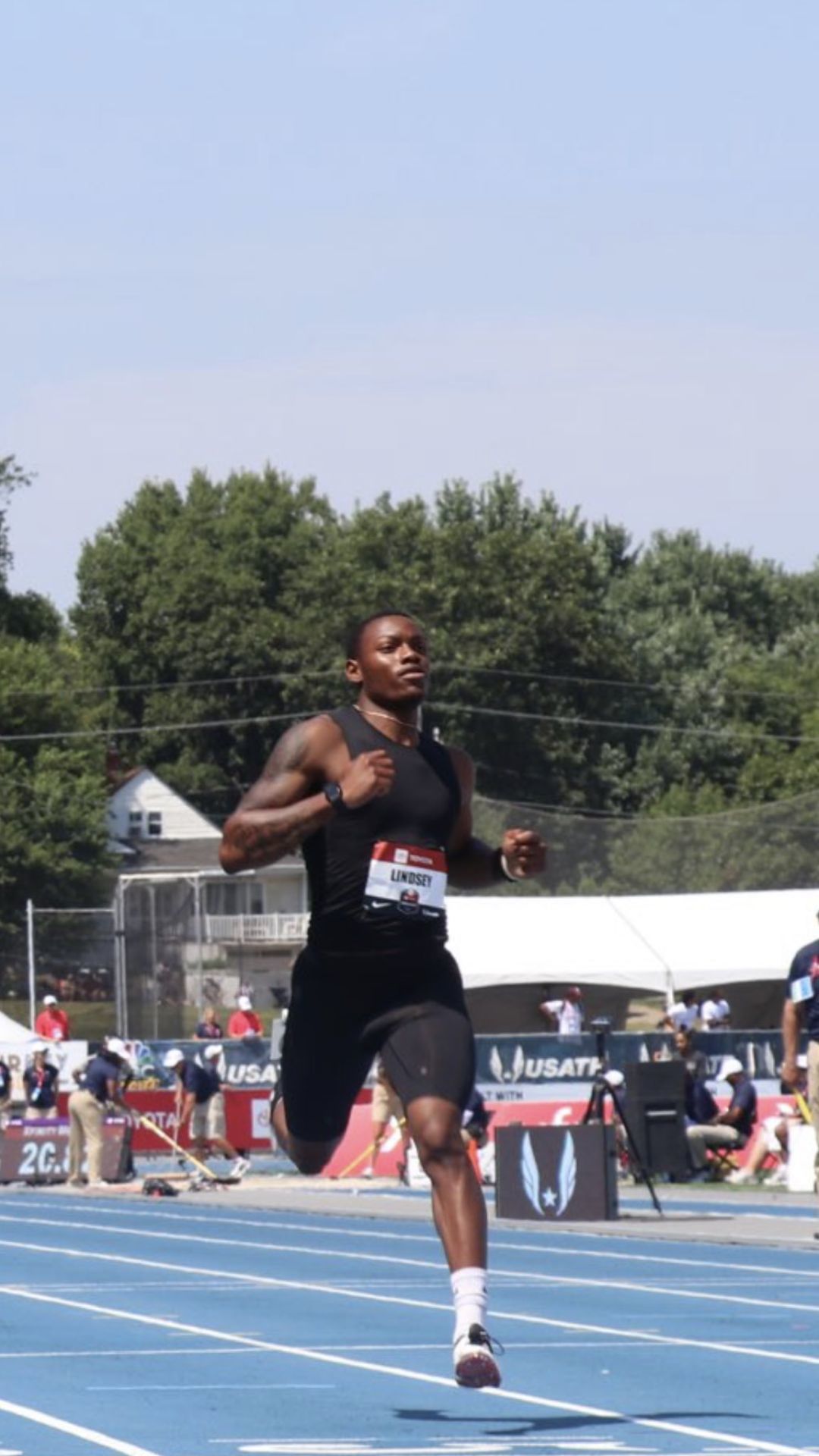 Even as a second-place finisher in the IHSA Class 3A 100- and 200-meter dashes in 2018, Rock Island High School graduate Courtney Lindsey was not convinced he was a big-time college sprinter.

His coach, Ed Lillis, believed it. But Lindsey just did not think his times were NCAA Division I times.

On Wednesday, Lindsey signed a National Letter of Intent to not only run for a DI program, he signed with the defending national champion Texas Tech Red Raiders.

"I wanted to be a top college sprinter, but I felt like my times were just not good enough," Lindsey said. "I didn't know if I could get there."

How did it all happen? One might say it was the perfect storm that started during his sophomore year at Rocky.

Heading into his second semester as a sophomore at Rocky, Lindsey had not put a whole lot of time in the classroom and his grades suffered. That wound up forcing him to look at the junior-college rout. After that great senior season, Lindsey went to Iowa Central Community College.

"I was not focusing on my grades until I started running track the spring of my sophomore year," Lindsey said. "It was then that I realized that grades do play in your future. Coach Lillis told me I had to get going with my classes.

"It forced me to go juco and that wound up being the perfect thing for me. I'm doing well in college and I got hooked up with coaches who got me to this point. Their training is what has me where I am now."

Lindsey had a tremendous freshman season at Iowa Central, winning the indoor 200 meters and finishing second in the 60 and 4x400 relay. He then picked up two wins at the Drake Relays and finished second at the NJCAA National Outdoor Meet in the 100 and 200, setting school records in both events and helping set a school record in the 4x100.

That opened eyes of some of the best Division I programs in the nation. He whittled his list to five and made official visits to three Top 10-ranked college programs —  Alabama (No. 10), LSU (No. 3 ) and Texas Tech. It came down to Texas Tech and Alabama.

"It was kind of hard because I really liked Alabama and that was my last visit (last weekend), but Texas Tech just felt right," he said. "I just felt like the coaches were a lot like my Iowa Central coaches and train the same way.

Lindsey also got another big push to make Texas Tech the final choice.

"My family is more excited about this decision than I am, if you can believe that," he said. "When I was talking with them about Alabama or Texas Tech, my mom said it was going to be Texas Tech. And you know, you never say no to mom."

"We got together when I visited and she told me a lot about the school and the campus," he said. "It will be nice to have a familiar face when I get there."

Nancy Fahey was dealt a tough hand when she accepted the job as Illinois' women's basketball coach. There wasn't any established success.

Deuce Hogan has not attempted a pass or even participated in a practice yet for the Iowa football team, but the Hawkeyes' incoming freshman quarterback is already showing signs of leadership.

The situation couldn’t be any more confusing right now for college basketball players who declared for early entry into the NBA draft.

Most sports fans have been anxious to hear any positive news on the re-opening of any of their favorite athletic endeavors.

If you’re like me, you’re constantly searching for silver linings amidst this whole COVID-19 thing.

Iowa football players, coaches and staff members may be returning to campus in waves over the next three weeks, but Kirk Ferentz also wants the Hawkeyes to arrive as one.

Iowa has added an opponent with a reputation for being a nuisance for power-five football programs to its 2024 nonconference schedule.

Cyclones have hope that turnaround is coming

Forgive Steve Prohm if he isn’t very interested in talking about what happened last winter. It’s history. Time to move on.

Ferentz: 'Change will begin with us'