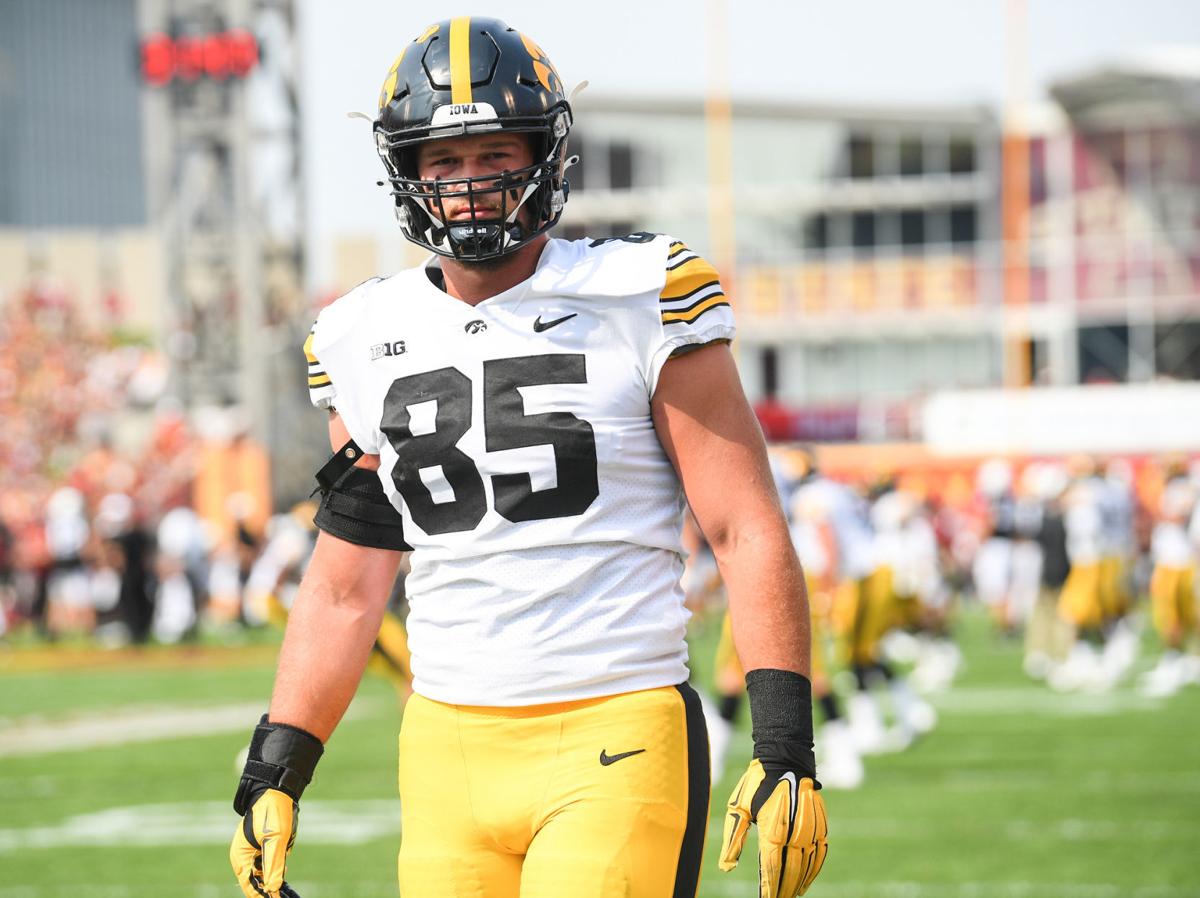 In his first season as a starter on an Iowa defense that is allowing 11.6 points per game, tackle Logan Lee warms up before the Hawkeyes' game at Iowa State on Sept. 11. 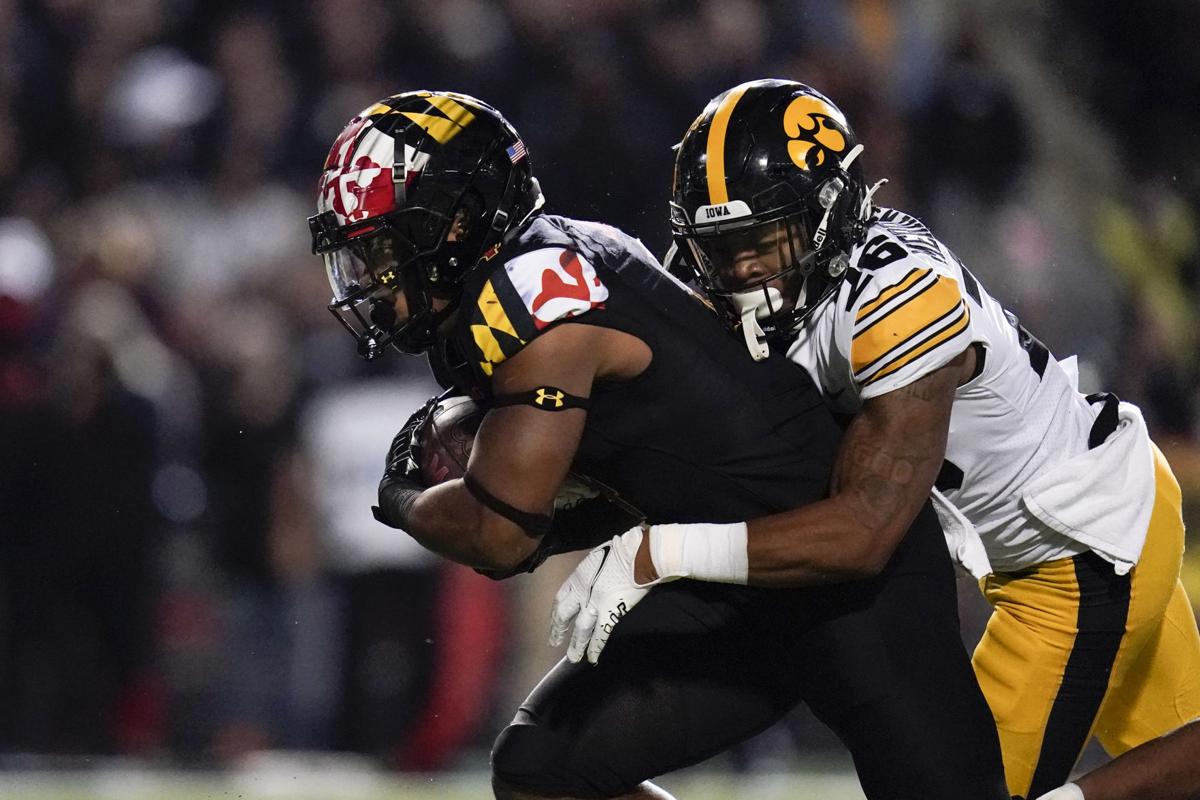 IOWA CITY — No defense in the Big Ten is giving up fewer points, intercepting more passes or forcing more turnovers than third-ranked Iowa has during its 5-0 start to the season.

But now, the Hawkeyes expect more.

“Penn State runs the ball well. They pass it well. There isn’t much they don’t do well. They’re a very good team,’’ Lee said Tuesday. “We know we have to play a clean game.’’

One of three first-year starters on Iowa’s defensive front four, the sophomore from Orion believes the Hawkeyes are ready for that challenge.

“I feel like as a defensive line we’re doing well and we’re working to continue to move forward,’’ Lee said. “But, it’s never enough. There is always work for us to do and ways to get better.’’

Seeing the first extensive action of his career after dealing with injuries the past two seasons, Lee welcomes the opportunity that he has had this season.

“It feels good to be out on the field and finally be able to compete,’’ Lee said. “Things are definitely slowing down for me now, progressing the way I hoped they would as I get more reps.’’

He is part of a rotation on the front line that has helped Iowa thrive defensively.

The Hawkeyes are giving up just 11.6 points per game, the second-lowest defensive scoring average in college football.

Iowa has helped itself by counting a nation-best 12 interceptions among the 16 turnovers it has collected this season.

Strong safety Kaevon Merriweather said the success Iowa had in early-season victories over ranked Indiana and Iowa State teams helped develop the cohesion which is making a difference now.

“It’s given us a lot of confidence,’’ Merriweather said. “I think we understand what we need to do. I think we’re an experienced group now, with a young defensive line they have a lot more experience going into game six. Together, we all understand what needs to be done each and every week.’’

He said it is a mistake to think of Iowa’s defensive scheme and philosophy as simplistic.

“I think the method to their success is through repetition and through making sure that they’re lined up and sound,’’ Franklin said. “It allows their players to play fast, confident and aggressive. I truly love that and respect it. They are who they are even though they may add a wrinkle or two you haven’t seen.’’

This week, the Hawkeyes are preparing to deal with the challenge presented by Penn State quarterback Sean Clifford.

The 6-foot-2 senior has completed 67.3% of his 153 pass attempts this season, ranking third in the Big Ten with 1,336 passing yards and 11 touchdown passes during the Nittany Lions’ 5-0 start.

Clifford is a threat to carry the ball as well. He’s the third-leading rusher on the team, averaging 3.3 yards per carry.

Clifford understands what he’s getting into Saturday at Kinnick Stadium.

He started at quarterback in Iowa’s 17-12 loss to Penn State at Kinnick Stadium in 2019, throwing for 117 yards in a game which saw Noah Cain score the deciding touchdown on a five-yard run with 5 minutes, 17 seconds remaining.

Clifford rushed for three first downs in that 2019 win over Iowa, and provided an offensive spark when he came in off the bench during the Hawkeyes’ 41-21 win at Penn State a year ago.

“You have to know where you are in relation to the quarterback and if he steps up, you might have to counter (the offensive lineman) earlier or if he bounces out you might have to run flat down the line,’’ defensive end John Waggoner said.

Merriweather said being in the right spot and making correct reads of keys is a necessity.

“They’re going to make some plays," Merriweather said. "They’re a good offense. But we have to do what we can to limit what they do."

In his first season as a starter on an Iowa defense that is allowing 11.6 points per game, tackle Logan Lee warms up before the Hawkeyes' game at Iowa State on Sept. 11.