Hawkeyes have variety of bowl possibilities
0 Comments
Share this
SteveBatterson

IOWA CITY — There is more at stake than the Heroes Trophy when Iowa concludes the regular season Friday with a 12:30 p.m. football game at Nebraska.

The outcome could factor into the Hawkeyes’ bowl destination.

As the final week of the regular season kicks off, Iowa director of athletics Gary Barta said a wide variety of possibilities remain in play for a team with a 9-2 record that currently shares the top spot in the standings in the Big Ten West Division with Wisconsin.

Everything from the Rose Bowl to the Music City Bowl remain realistic options depending on how things play out on the field not only this week but when conference championship games are held during the first weekend of December.

“The good news is that there are a lot of options in play," Barta said. "The team has earned that opportunity and we are fortunate that Hawkeye fans travel so well. We’re still very attractive to the bowls.’’

Potential ticket sales are not necessarily the driving force behind decisions as they once were — purchase requirements were rewritten in the latest round of contracts between bowls and conferences — but they still do matter.

Bowl representatives want participants who will bring fans to their communities, but they also want attractive match-ups and storylines that will not only put fans in the stands but also draw a television audience.

The Rose Bowl, which Iowa last played in following the 2015 season, and the Peach Bowl, a New Year’s Six bowl the Hawkeyes haven’t played in since 1988, sent representatives to the Iowa-Minnesota game.

Barta said many bowls still find it helpful to experience a game day on the campus of the programs they have an interest in.

"They get to see the fan base and gain a feel for their level of excitement," Barta said, adding that the toughest challenge bowl scouts face on those visits comes as they tour tailgate areas in their colorful jackets.

"They all have to decide if they’re going to accept some of the beverages that are offered to them or not," Barta said. "I think most of them decline."

As is the case for any Big Ten program, an invitation to the Rose Bowl and a match-up with a Pac-12 opponent is a tradition-filled honor.

"We’d prefer to start in Pasadena," Barta said, echoing sentiments that are being repeated at Michigan, Michigan State, Ohio State and Wisconsin this year.

But beyond the Rose Bowl, there may be openings for Big Ten teams in the Peach and Fiesta bowls this year with the Sugar Bowl locked into a Big 12-SEC match-up and national playoff semifinals scheduled for the Cotton Bowl and Orange Bowl games.

This year’s Peach Bowl in Atlanta is scheduled for Dec. 30, while the Fiesta Bowl will be played in Glendale, Ariz., on New Year’s Day.

The Citrus Bowl, a place where Iowa hasn't spent New Year’s Day since Drew Tate hit Warren Holloway with a walk-off touchdown pass that stunned LSU in 2005, sits next on the list of possibilities.

Barta said the gap between appearances in Orlando could work in Iowa’s favor this year, or the Hawkeyes could find themselves in familiar territory on Jan. 1 if they remain available when it is time for the Outback Bowl to make its selection next.

The Hawkeyes have played in six of the last 18 bowl games played in Tampa.

"The Citrus would be a great option because we haven’t been there for a while, but if it ended up being the Outback, we’d be thrilled to go there, too," Barta said. "I know that’s what you would think I would say, but I really mean that sincerely."

The next two bowls in the Big Ten lineup this year are the Las Vegas Bowl and the Music City Bowl in Nashville, both scheduled for Dec. 30.

The Big Ten is in the second year of a shared contract with the SEC that sends teams to the Las Vegas Bowl to face a Pac-12 opponent in alternating seasons. This year, a Big Ten team will participate.

Iowa was scheduled to play in the Music City Bowl a year ago before a COVID-19 situation within the Missouri football program prompted the cancellation of the game.

Watch now: What the Bears expect from Teven Jenkins

The Hawkeyes strike a nerve with a Nebraska lineman, Seth Benson on maintaining focus and Sam LaPorta and Kaevon Merriweather want to be in a spot to cheer on a Big Ten rival are all part of the Thanksgiving Day edition of the Hawkeye 10@10. 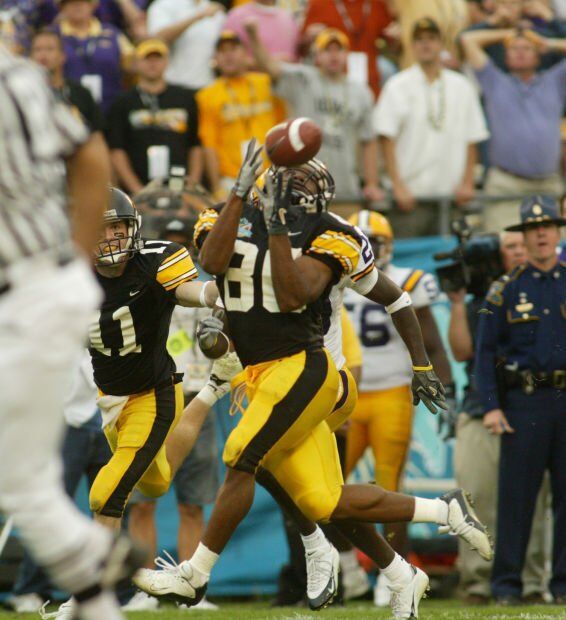 Wide receiver Warren Holloway hauls in a 56-yard touchdown catch from Drew Tate as time expires to give the Hawkeyes a 30-25 victory over LSU in the 2005 Capital One Bowl, now known as the Citrus Bowl. The touchdown catch was the first of the fifth-year senior's career. 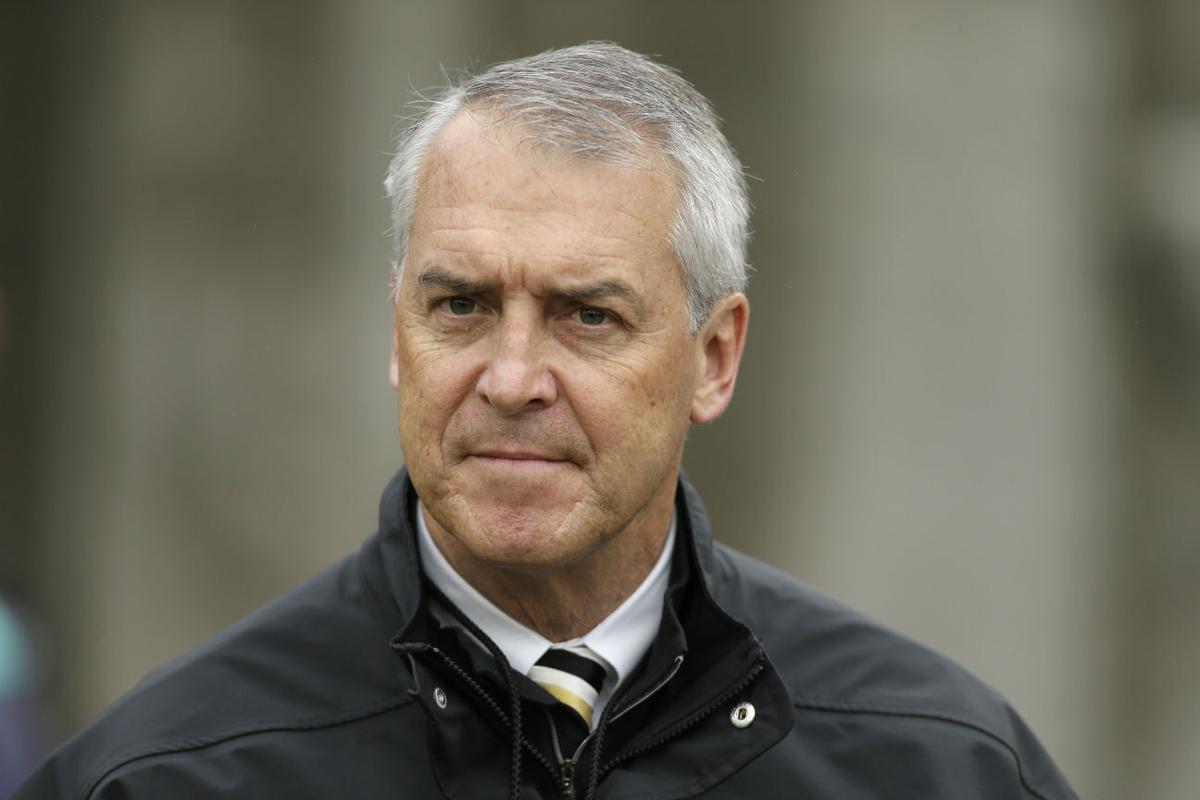