Jake Gervase recalls the spirit and energy that greeted him whenever he had the chance to visit Reid Gleeson.

Some of those visits took place at the University of Iowa Hospitals and Clinics and its Stead Family Children’s Hospital, where the Quad-Cities youngster was being treated for pediatric cancer.

Others took place in local parks in Iowa City, where despite the challenges and seemingly endless string of treatments, the youngster found ways to enjoy every day.

Gleeson kept his parents, Bill and Megan Gleeson, on the move as he played with footballs, basketballs volleyballs and toy garbage trucks — a special passion — while constantly exploring the surroundings.

He also participated in the Kinnick Wave, where Iowa football players, coaches and fans take time at the end of the first quarter of Hawkeye home games to wave to patients and their families as they look on from the upper floors of the children’s hospital located across the street from Kinnick Stadium.

The youngster lost his courageous battle to cancer last October at the age of 5 and now, Gervase will honor Reid Gleeson and his legacy by hosting a football camp in Davenport on June 27 that will benefit the Rally for Reid Foundation.

The foundation has as its mission a goal of providing support for families and children impacted by childhood cancer and raising funds for pediatric cancer research and all proceeds from the camp will benefit the foundation.

“I wanted to do something to remember Reid and honor his legacy,’’ Gervase said. “We came up with the idea for a football camp to raise money for the foundation.’’

Gervase, a Davenport Assumption graduate who has spent the past two years with the Los Angeles Rams organization, will be assisted by a number of his Hawkeye teammates as hosts of the camp which will be held at the St. Vincent Athletic Complex in Davenport.

“When I asked the guys to help out and they heard about why the camp was taking place, they were anxious to help," Gervase said. "I have so much respect for them for taking the time to be part of it."

He recalled that as teammates at Iowa, visiting young patients at the children’s hospital was common, adding, “We got as much out of it as the kids did.’’

Gervase said Assumption football coach and athletics director Wade King and Mike Poster of the administrative staff at St. Ambrose have been gracious in allowing the use of their facilities for the camp which will offer three 90-minute sessions.

The camps for the two youngest groups of players will be set up for the participants to move from station to station, sampling many aspects of the game. That session will conclude with time for youths to pose for pictures with the former Hawkeye players and collect autographs.

For players in sixth through eighth grade, participants will be able to pick which stations they will go to and will then receive more specialized training there from camp coaches who are experienced in that given area of the game.

The cost for each of the camps is $75, which includes instruction, a t-shirt, water bottle and swag bag as well as a football that can be used for autographs from the camp coaches.

Registration is ongoing through a link under the events tab at www.rallyforreid.org and Gervase said spaces are filling up quickly.

“We’ve had a good response, so the sooner people can sign up, the better,’’ Gervase said. “If people simply want to make a donation to the foundation’s cause, there is a way to do that there, too. All of the money we raise is going to a special cause.’’

Watch now: Check out the finish of the Quad-City Times Bix 7

Big Ten commissioner Kevin Warren said he has no regrets about the conference's handling of the COVID-19 pandemic during his first year on the job.

Walking into Lucas Oil Stadium for Thursday's Big Ten kickoff was a trip down memory lane for Bret Bielema, a return to where the new Illinois coach and former Iowa player coached his last Big Ten game.

Iowa linebackers Jack Campbell, Seth Benson are preparing for expanded roles as the Hawkeyes work toward the start of the 2021 season.

Jim Polzin: Why a 'matured' Bret Bielema is good news for the Big Ten

With approximately 70 percent of his players vaccinated for COVID-19, Iowa coach Kirk Ferentz hopes for a healthy start on and off the field for his Hawkeye football team.

Iowa baseball commit decides to play football for Hawkeyes instead

John Clay: Can the SEC really afford to say no to Texas and Oklahoma?

Will the SEC hand over the pass key to the vault? 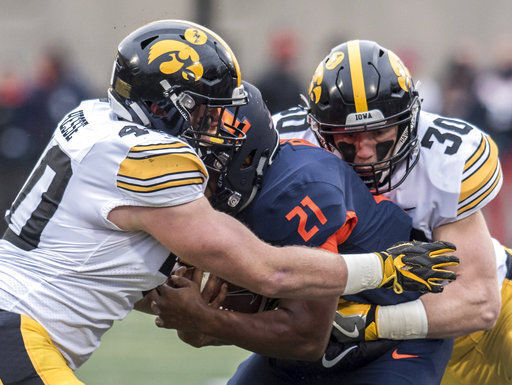 Iowa's Parker Hesse (40) and Jake Gervase (30), shown here tackling Illinois' Ra'Von Bonner (21) during a game in Champaign in 2018, will both serve as coaches in the Rally For Reid Football Camp that Gervase is organizing to be held in Davenport on June 27. 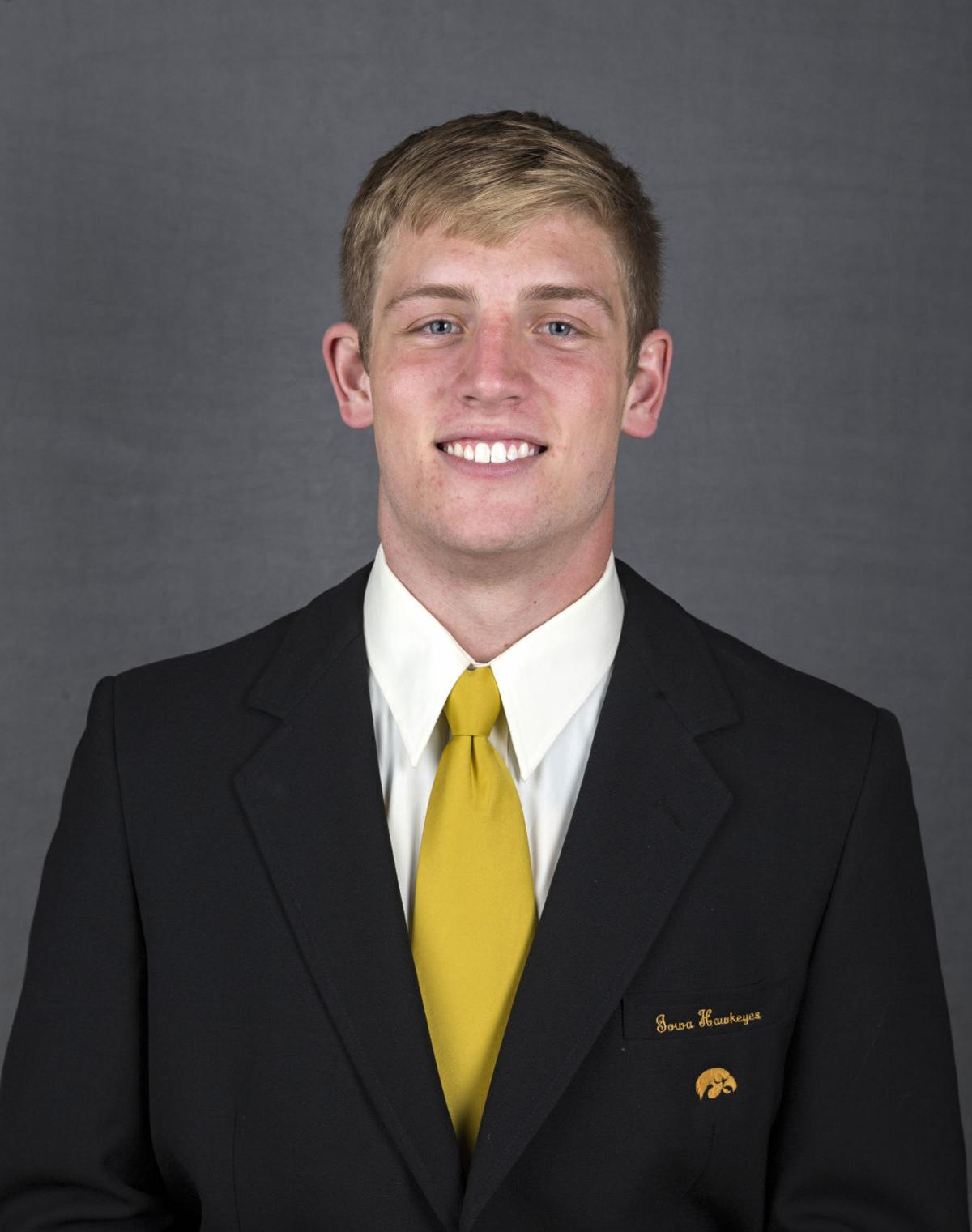