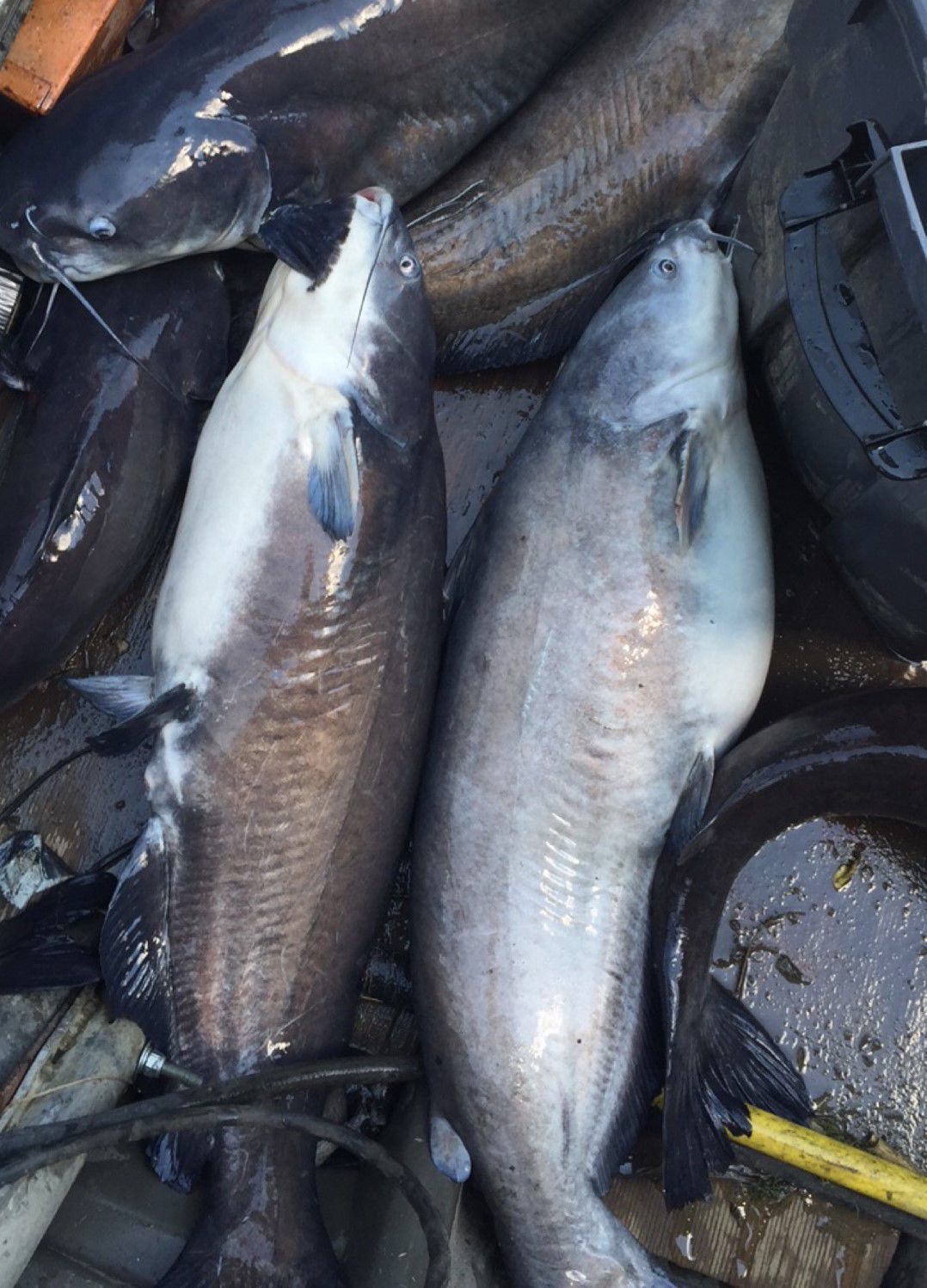 Channel Catfish (left) and Blue Catfish (right) are commonly confused by anglers, but only one is common in the QC. 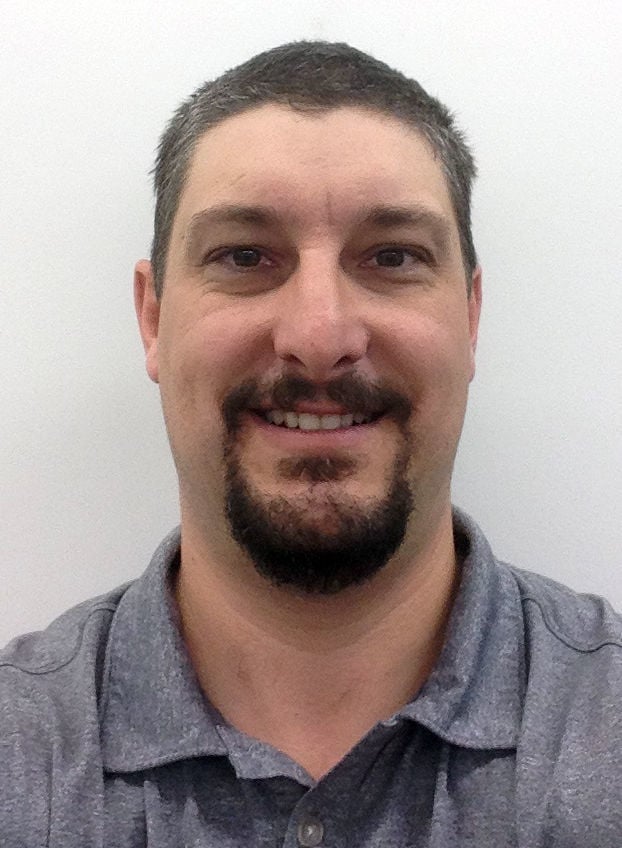 In the Quad-Cities area, we are lucky to have an abundance of different fish species to pursue. In late spring, catfish are typically at the top of the catch list.

Every year I hear from local fishermen that the “blue cats” are biting well. While it is possible for a local angler to catch a blue catfish in our area rivers, it is highly unlikely it is the species that has grown to over 100 pounds in the Alton/St. Louis area of the Mississippi River.

Common names of certain fish can be numerous. Locally, I have heard at least three or four names for every common fish in the river. Channel catfish are also known as fiddlers, tommy cats, yellow cats, horn fish, and fork tails just to name a few. Blue cat is also commonly used for channel catfish in the spring as male channel catfish turn a dark blue during the breeding season. Some of the biggest channel cats of the season are caught this time of year.

Blue cats are not found naturally in the upper half of Illinois, and it is questionable on whether they were ever abundant in our area before the lock and dams were built in the 1930s and ‘40s. Blue cats, in the river, tend to be migratory in nature and usually prefer more open water than their smaller cousins. They can still be found in large numbers from the greater St. Louis area south on the Mississippi River and in several artificial impoundments within a couple hours of the Quad-Cities. I have heard a few creditable accounts as far as north as Keokuk and also near Muscatine, but never anything north of the Quad-Cities.

I raise thousands of blue catfish each year at the Exelon Fish Hatchery for stocking in Exelon power plant lakes across Illinois because they grow quickly in the warmer water. But in the nearly 50 years of fish sampling in the Mississippi River north of the Quad-Cities, we have never captured a single blue catfish. That does not mean there cannot be one out there, but it would be a rare catch.

Player of the year

Western Big 6 boys basketball at a glance; Can Moline live up to expectations?

Moline boys basketball expects to compete for the conference crown, but in the talented WB6, many teams do.

Read for a team-by-team breakdown and what Sean Taylor and Brock Harding think about the Maroons' chances.

A look at this year's Quad Cities All-Western Illinois girls cross country team, which is captained by Annawan-Wethersfield's Kennady Anderson.

Iowa at Virginia at a glance

Without coach Ryan Webber, United Township played lost and without discipline in its 70-39 loss to Quincy in the Panthers’ home opener Friday night.

Leaving the press box after last Saturday's 47-14 Big Ten Conference victory over the Northwestern Wildcats, a group of four leaving Memorial Stadium could see that the University of Illinois football team is no longer a pushover.

Iowa at Purdue at a glance

As a player and then head coach at United Township, Marc Polite was all too familiar with the crucible of Western Big 6 boys' basketball.

Down 11 at halftime against Western Big 6 Conference crosstown rival Moline, the Rock Island girls basketball team settled into a groove after the break on Thursday night.

Channel Catfish (left) and Blue Catfish (right) are commonly confused by anglers, but only one is common in the QC.