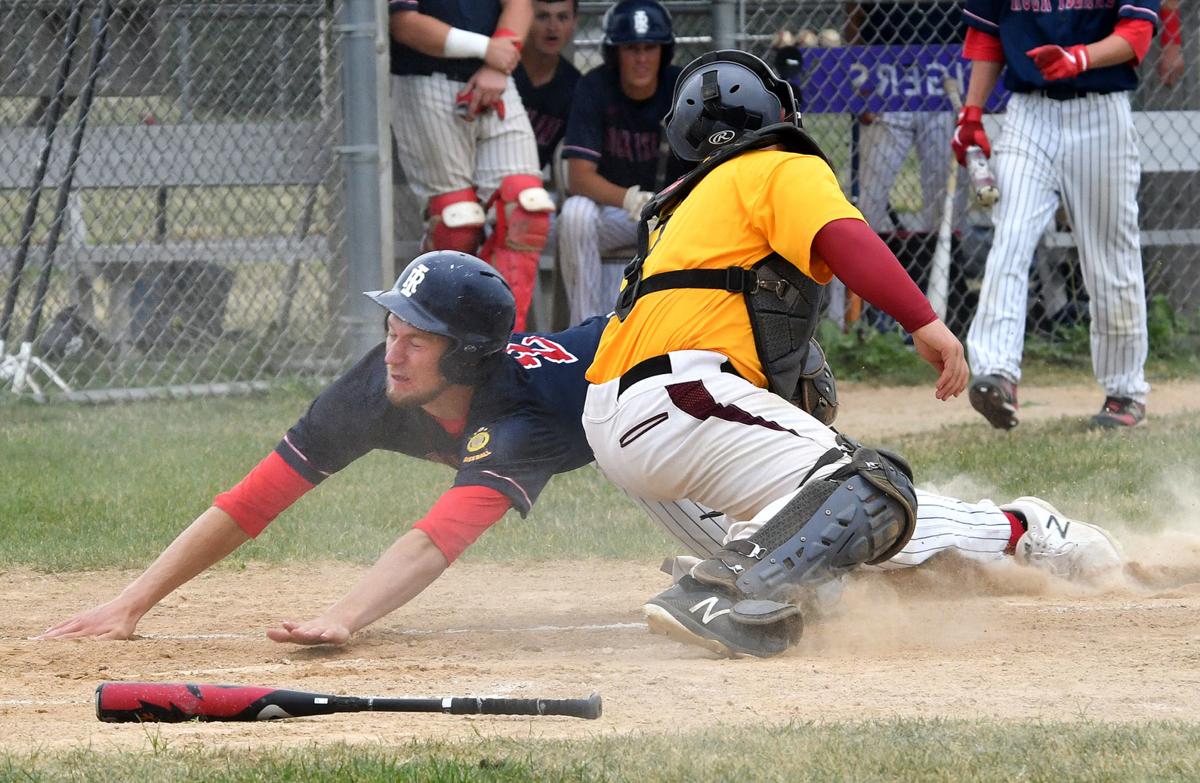 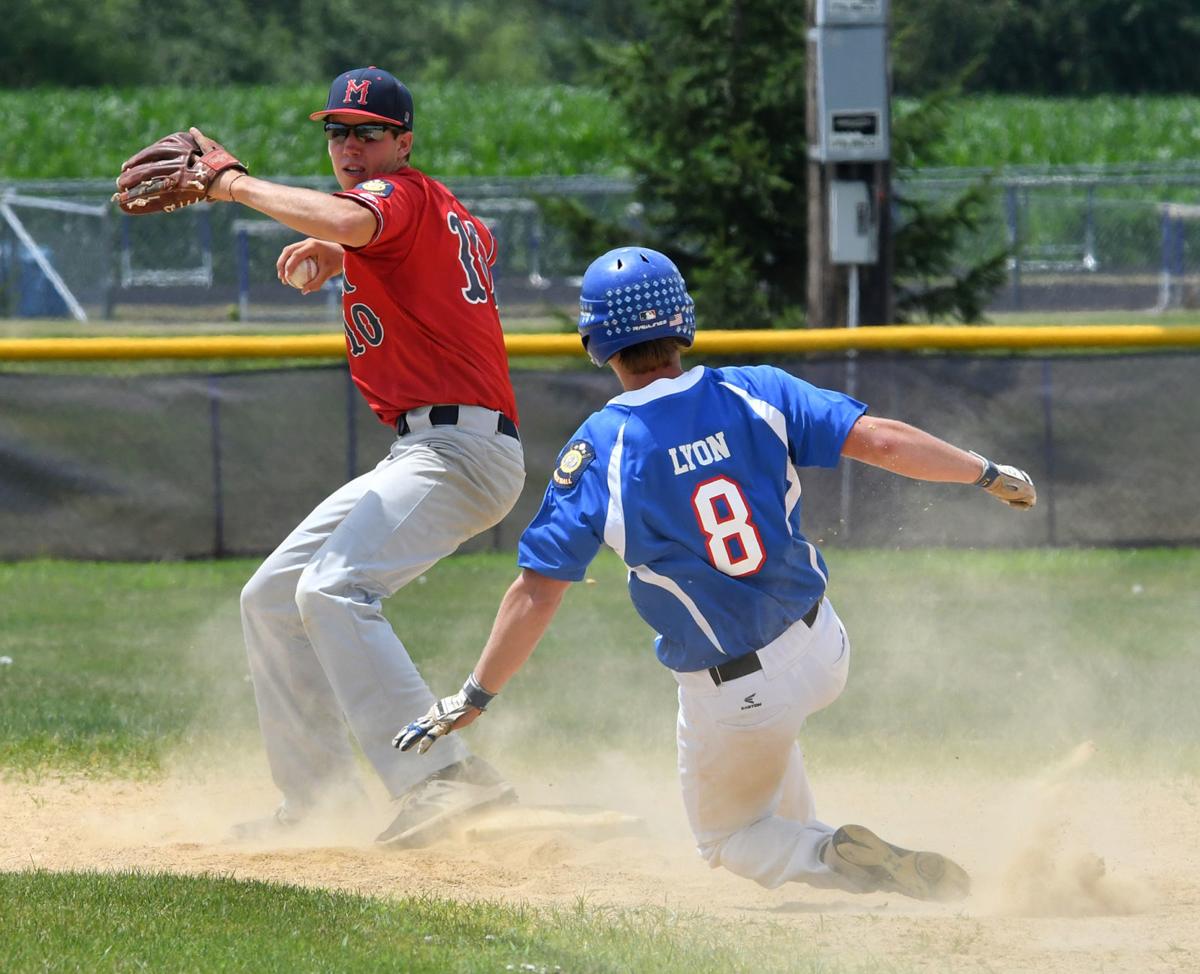 SHERRARD – Fighting out of the consolation bracket, the Rock Island Legion baseball team knew the road ahead would not be easy.

After opening up the 3rd Division Tournament Sunday with a pair of wins, including a thrilling 12-11 victory over rival Milan in a late-night finale, Post 200 is now ever closer to booking a trip to the northwest Chicago suburbs for next weekend's Legion State Tournament.

“We'll be going in with the same mindset,” Rock Island's Chase VanDerGinst said of today's matchup with Bartonville Limestone at 5 p.m., with a second game necessary should Post 200 win. “We're going to compete for every pitch, every inning.”

Up by as many as eight runs against Post 569, Rock Island (19-9-1) had to fight for its postseason life as the tournament hosts scored five times in the bottom of the fifth to close the gap to 11-7. Down five entering the seventh, Milan was not done yet.

A pair of bases-loaded walks and a two-run single by Jacob Dellitt fueled Milan's final rally, with Michael Hinerichsen walking with the bases loaded to make it a one-run game. However, Post 200 reliever Khyri White got Seth West to fly out and send Post 569 to the sidelines at 23-10.

“We had opportunities,” Milan coach Nick Basala said. “We had the winning run at second, and a guy who's hit well all year. We were in the spot we wanted to be in. We just came up short.”

Sparked by a first-inning, two-run home run by Brendan Hird, then a two-run single in the second by VanDerGinst, Rock Island got off to the start it wanted.

“Every inning, we try to add on,” said VanDerGinst, who went 3-for-4. “Our bats are coming along really well.”

Keyed by a two-run Henry Thompson single, Post 200 scored six times in the fourth to widen its lead to 10-2, and looked poised to take control. However, Thompson and his teammates knew the game was far from over.

“We knew we had to keep adding on and getting more runs,” said Thompson, who along with Hird and Clayton Thomas notched two hits, with winning pitcher Carson James going 4-for-4.

Post 569 proved that point with its five-run fifth, which got it back in contention and gave it confidence for the late-inning push that came up just short.

“I liked the late effort,” Basala said, “but the effort early didn't help us for many reasons. We couldn't get ahead of their hitters, and they're a good-hitting team.”

Rock Island 21, Peoria 8 (5): To earn its shot at Milan, Post 200 first had to get by Peoria in the second game of Sunday's tripleheader. Right from the start, Rock Island showed that it meant business.

Opening up with five runs in the top of the first inning, Rock Island upped the ante in the second as it sent 12 batters to the plate to score seven runs, then exploded for eight runs in a third inning in which Post 200 again sent 12 batters up.

“We did a little team bat ritual, and lifted the curse Monmouth put on us (in last Wednesday's 3-2 loss),” Trask said. “It's been working for us.”

Limestone 1, Milan 0: A terrific pitcher's duel between Milan's Kale VenHuizen (4-1) and Limestone's Cole Tanner ended in the bottom of the seventh.

With the bases loaded and nobody out, Post 979's Grant Greskoviak dropped a perfect bunt in front of home plate with Zach Otten breaking off third base. Otten was able to score without a play as the Bartonville nine moved to within one win of a berth in next weekend's Legion State Tournament in Barrington.

Tanner finished with a three-hit shutout, striking out five, while VenHuizen allowed five hits and two walks with six strikeouts. The decisive seventh inning began with a lead-off single by Otten (2-for-3), followed by a Brody Scarcliff knock. An intentional walk to Jackson Herz set up a force play at any base, but Greskoviak's bunting ability nullified that plan.

“I just had to battle, to get on base,” Otten said. “We said we'd give Grant one swing, see if he could do something, then squeeze away. We knew he could get the job done.”

Milan loaded the bases with two outs in the first inning, but came up empty, and only got one more runner in scoring position after that.

“We didn't get the timely hit, and he (Tanner) settled in nicely,” Basala said.