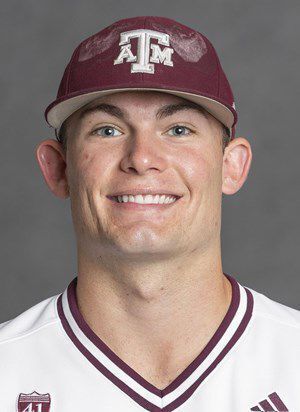 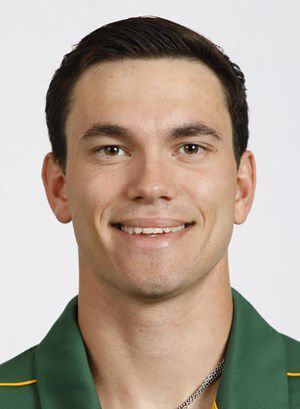 A pair of top selections from baseball’s 2020 draft will make their professional debuts with the Quad Cities River Bandits.

Pitcher Asa Lacy, the fourth overall selection in last year’s draft, and shortstop Nick Loftin, the 32nd pick in 2020, are among a collection of seven top-30 prospects in the Kansas City Royals organization who have been assigned to the Bandits roster.

Kansas City announced preliminary rosters for its minor-league affiliates on Thursday, revealing a collection of talent headed to the Royals’ new High A Central affiliate in Davenport that includes 15 players who were drafted in the top-10 rounds in baseball’s draft.

Lacy and Lofton are among four 2020 draft picks assigned to a Quad Cities club that opens its 120-game schedule at South Bend on Tuesday.

A 6-foot-4 Texas A&M product who was regarded as the top left-handed prospect in the 2020 draft class, Lacy was selected by Kansas City after posting a 0.75 ERA with 46 strikeouts and eight walks in 24 innings of work in four outings last year for the Aggies.

The Kerrville, Texas, native never had an ERA over 3.00 during his three seasons with the SEC program.

Loftin was the preseason player of the year in the Big 12 in 2020 while playing for Baylor.

The first player chosen in the Competitive Balance Round A portion of the draft, the Corpus Christi, Texas, native hit .298 with 15 RBI during a shortened junior season for the Bears. He finished his college career with a .315 batting average, 14 homers and 92 RBI in 122 games as a three-year starter.

Lacy is ranked by MLB.com as the third-best prospect in the Kansas City organization, while Loftin is ranked seventh.

They are part of a River Bandits roster that also includes two outfielders and three additional pitchers currently ranked among the top 30 prospects in the Royals organization as well as a former first-round draft pick in pitcher Nolan Watson.

Matias has 50 home runs in 945 at-bats as a professional while Gentry, a third-round pick in 2020 from Alabama, will make his pro debut with Quad Cities.

Haake was a sixth-round pick in 2018 from Kentucky while Klein was taken in the fifth round in 2020 from Eastern Illinois.

Zerpa, one of six southpaws among 14 pitchers on the Bandits’ preliminary roster, has three seasons of experience in Royals system including going 6-3 with 3.33 ERA in 12 appearances in 2019 for short-season Burlington in the Appalachian League.

Klein is among five River Bandits who will give the team an early-season regional feel, playing college baseball in Iowa or Illinois.

The group includes catcher Tyler Cropley, selected by the Nationals in the eighth round of the 2018 out of Iowa. The first Hawkeye catcher selected in the top eight rounds of the draft since 1972, the Sioux City Heelan graduate was signed by Kansas City in October after being released by Washington earlier in 2020.

Quad Cities infielder Michael Massey became the highest-drafted infield in Illinois history when Kansas City selected the all-Big Ten second baseman in the fourth round of the 2019 draft.

The Chicago Brother Rice product is joined on the infield roster by Jimmy Govern, a 30th-round pick in 2019 from Eastern Illinois, outfielder John Rave, a fifth-round selection in 2019 from Illinois State where he earned all-Missouri Valley honors twice.

Cropley is one of three catchers on the Quad Cities roster, joining Logan Porter and William Hancock. Porter and Hancock hit .352 and .262 respectively in 2019 at short-season Burlington.

The River Bandits infield also includes a pair players who spent 2019 with low-A Lexington, Nathan Eaton and Jeison Guzman, as well as Vinnie Pasquantino, a .294 hitter in 2019 at Burlington.

Gentry, Matias and Rave are part of an outfield roster that also includes Eric Cole, a fourth-round pick in 2018 from Arkansas.

It was 90 years ago this month that professional baseball was first played on the Davenport riverfront. Change remains a constant at what is known today as Modern Woodmen Park.

The River Bandits hold Cedar Rapids without a hit over the final six innings to win their sixth straight game, a 5-4 victory Thursday at Modern Woodmen Park.

Bandits break out the bats in home opener

After largely sitting empty for the past 20 months, the basepaths at Modern Woodmen Park got a workout Tuesday.

Dave Heller was standing at the top of the steps along the first-base line concourse as beaming fans streamed into Modern Woodmen Park on Tuesday night. He had a twinkle in his eye.

With COVID-related restrictions being eased, fans can again purchase the closest seats to the action and will no longer have to wear a mask to watch the Quad Cities River Bandits play.

'It's time to play baseball,' Bandits are back

After the 2020 season was wiped out because of COVID-19, the Quad Cities River Bandits return to the field Tuesday as an affiliate of the Kansas City Royals.

South Bend scored three times in the bottom of the eighth inning to hand Quad Cities a 7-4 loss at Four Winds Field in both teams' season opener.