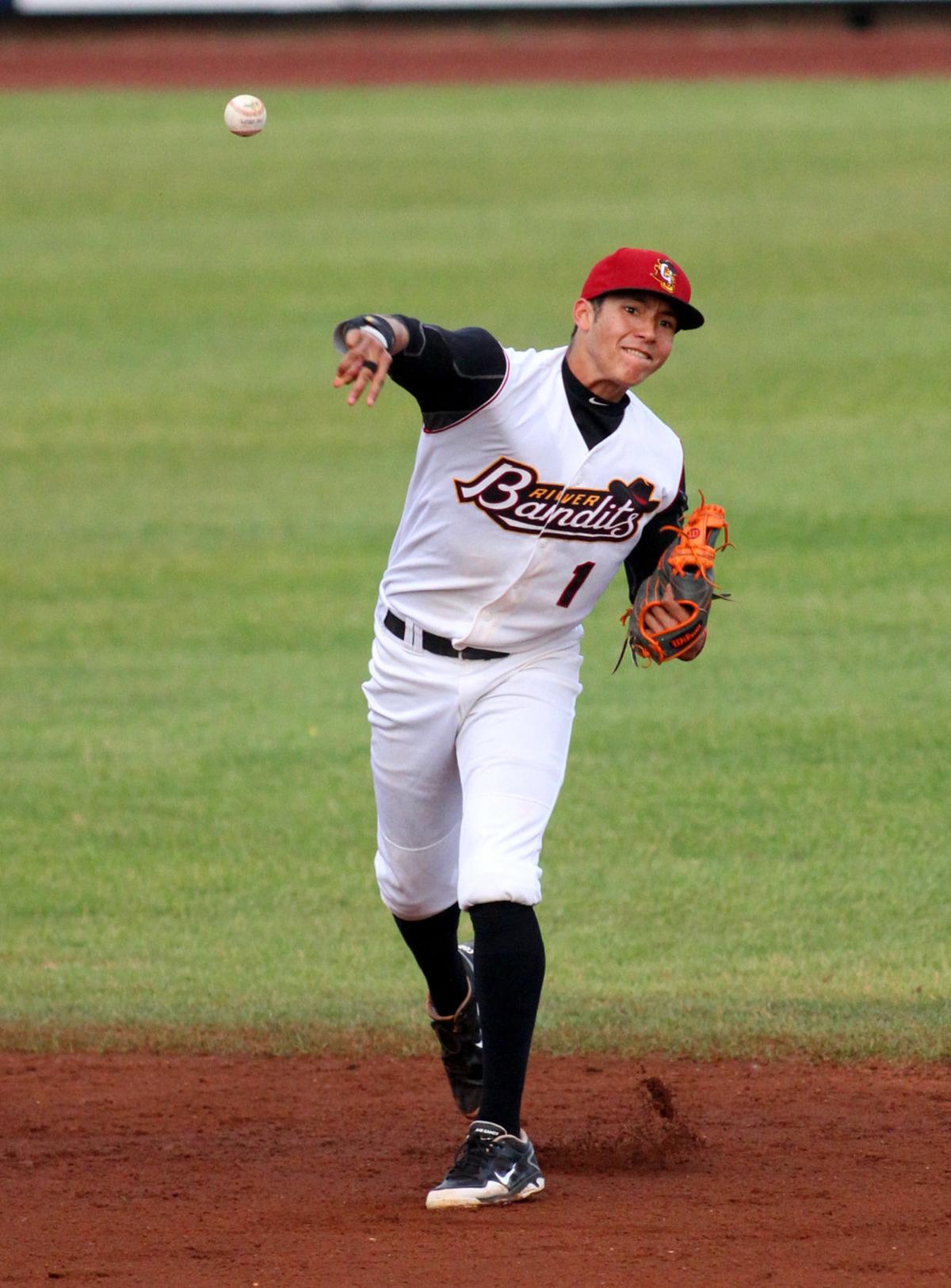 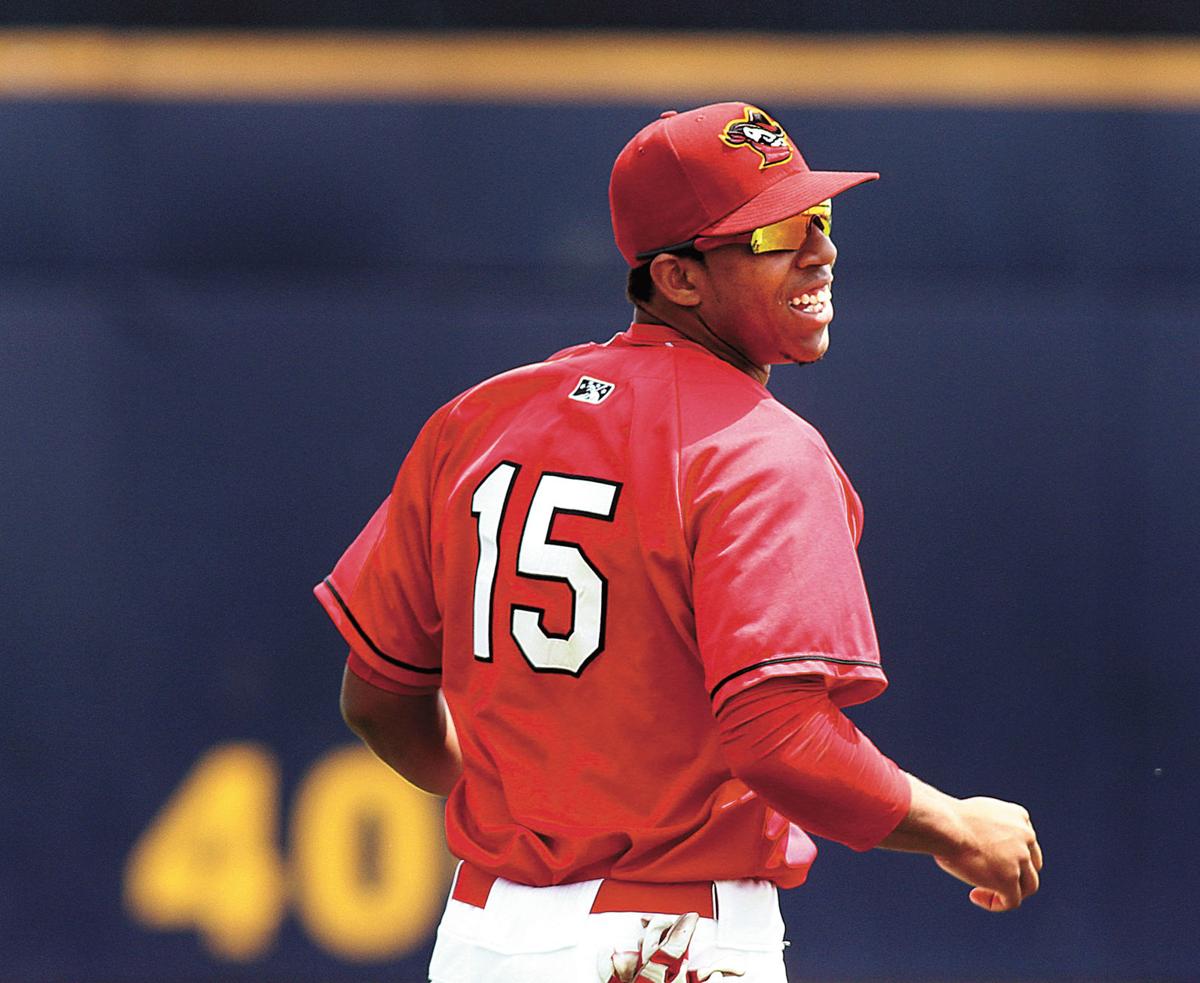 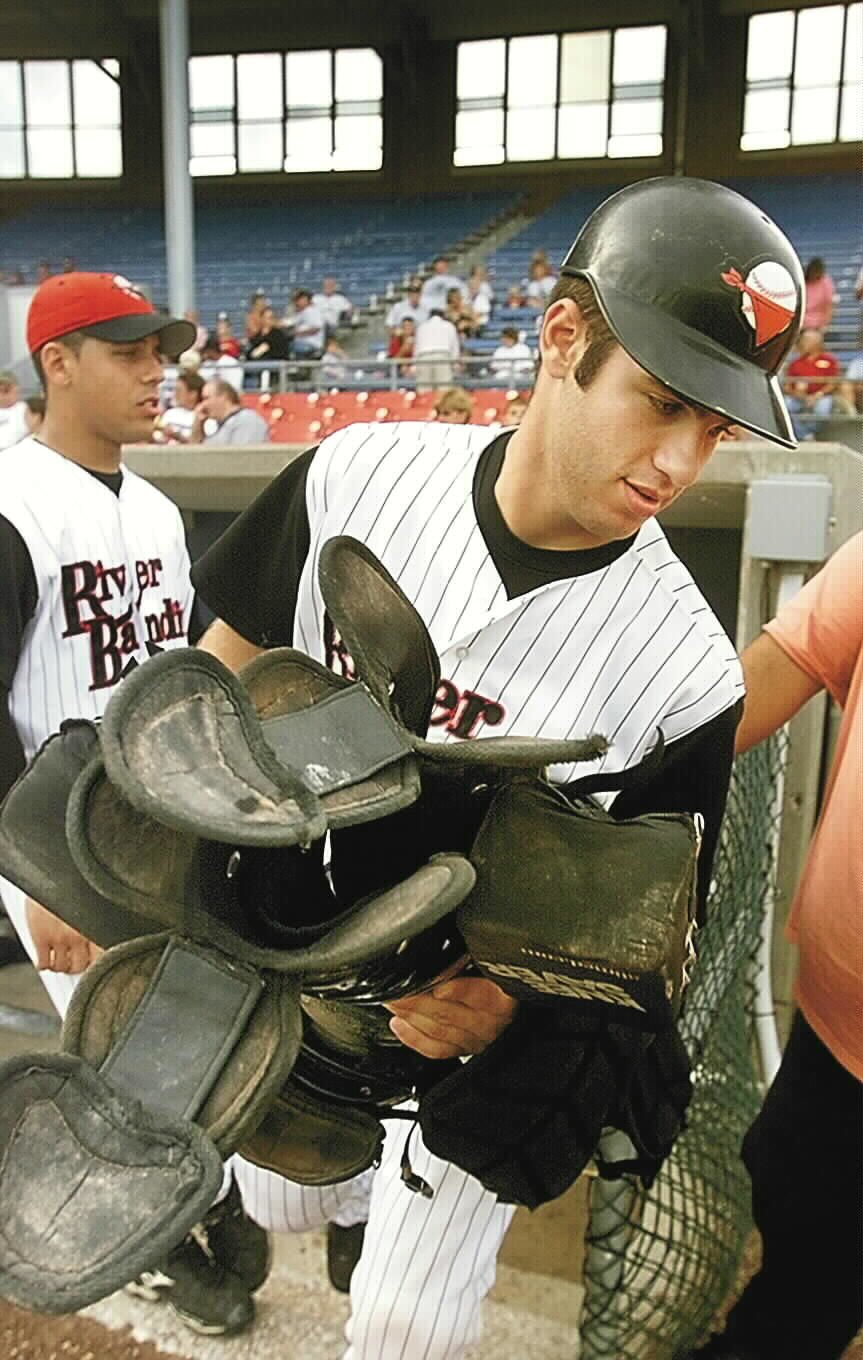 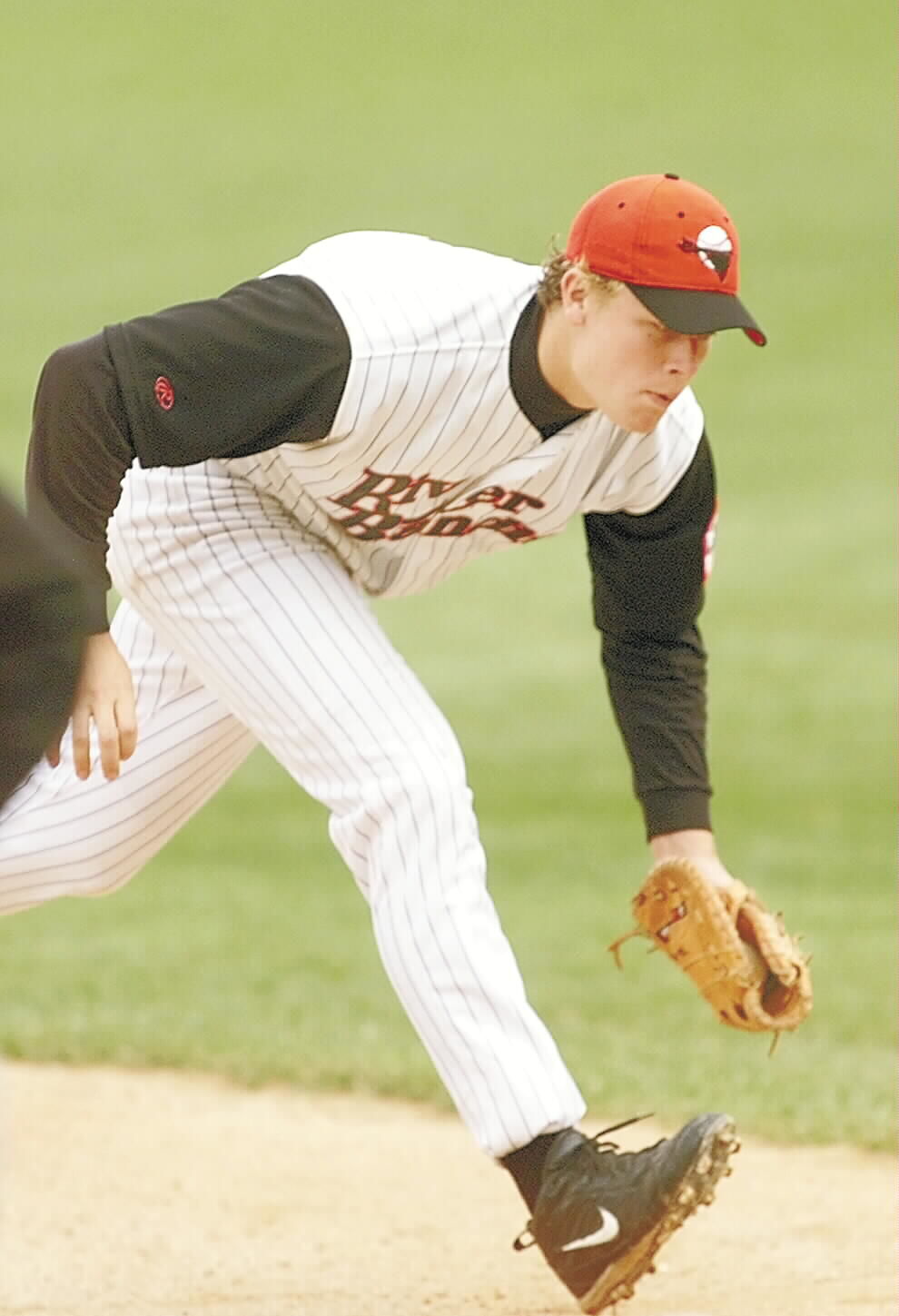 Quad Cities River Bandits first baseman Justin Morneau fields a ball during a Midwest League game at what was then known as John O'Donnell Stadium. 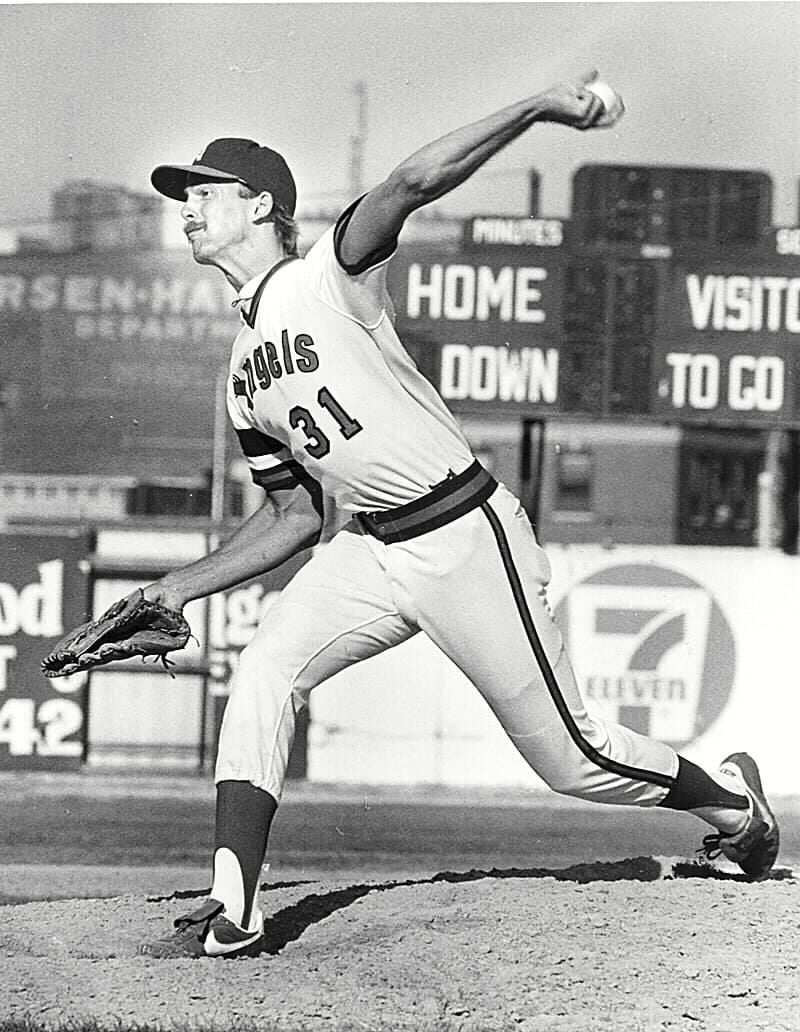 Left-handed pitcher Chuck Finley was promoted directly from the Quad-City Angels to the California Angels in 1986 for a game at Yankee Stadium where he began a 17-year big-league career. 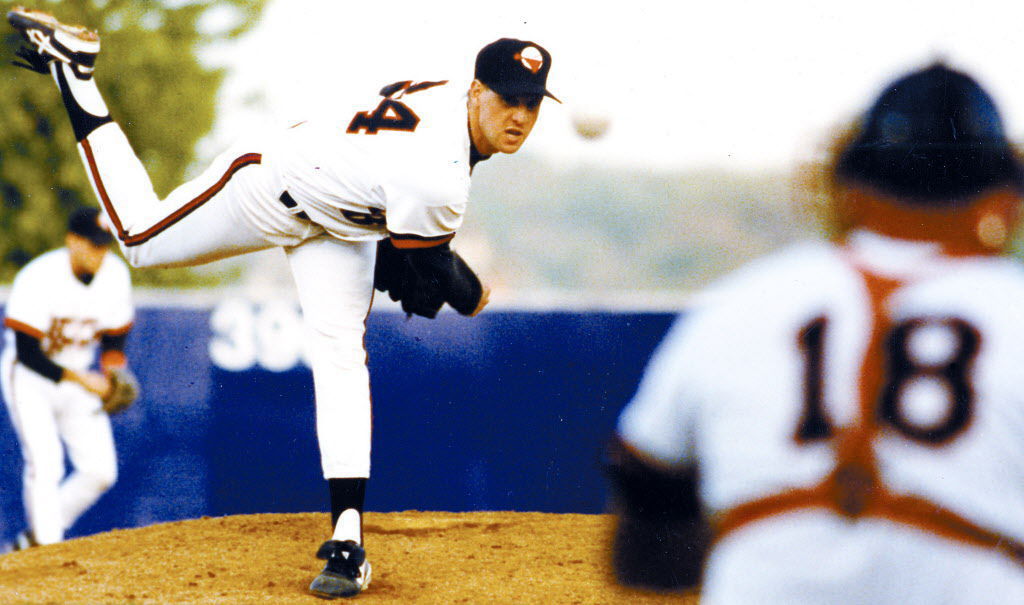 John Fritz had a 20-4 record in 1992 for the Quad-City River Bandits, making him the only 20-game winner in the Midwest League in the last 50 years. 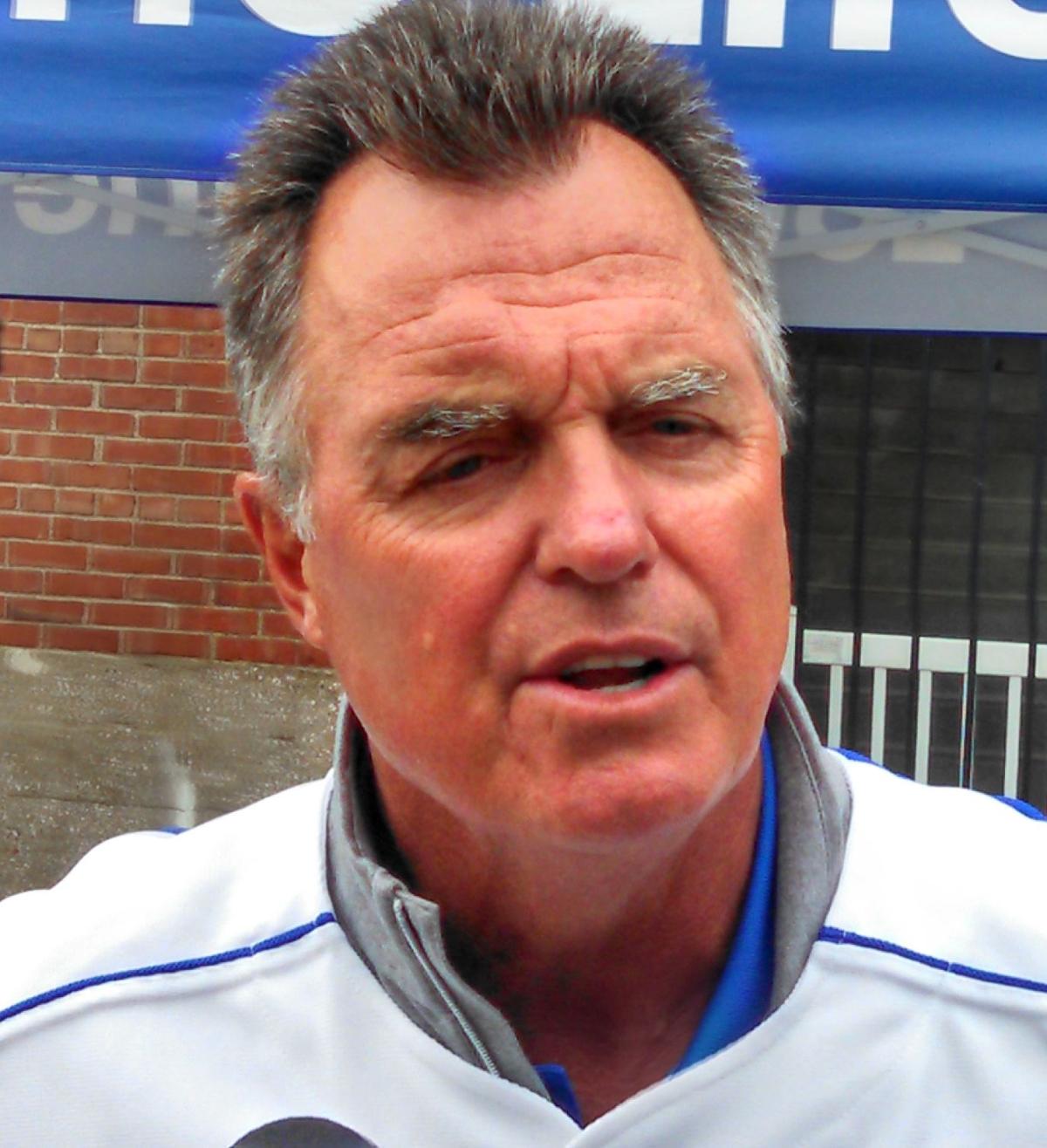 Since the first pitch of a Midwest League baseball game was thrown at Davenport’s riverfront baseball stadium 60 years ago, a collection of 2,011 players have taken the field for the home team.

They’ve played for different organizations — the Braves, Angels, Cubs, Astros, Twins and Cardinals — during their time in the Quad-Cities but all have had a shared objective of one day reaching the major leagues.

Over the years, a total of 341 of those players have realized their dreams, seeing action in at least one big-league game including 55 former Quad-Cities players who took the field in major-league games in 2019.

With the start of the 2020 minor-league season delayed initially because of the COVID-19 pandemic and still in doubt even as major-league teams re-open preseason training this week in advance of a shortened 60-game season, this has become a 60th anniversary season unlike any other in the history of the sport in Davenport.

But in recognition of those who have taken the field with "Quad-Cities" across the front of their jerseys, we honor the best of the talent which has over the years entertained the nearly 8.6 million fans who have attended games at what is now known as Modern Woodmen Park.

With information and data collected from the archives of the Quad-City Times and Minor League Baseball, here is the Quad-Cities 60th Anniversary All-Star Team:

Even managers have to start somewhere and for Tanner, who went on to manage 15 seasons in the majors, that somewhere was Davenport. Tanner built a 128-113 record in two seasons with the Quad-City Angels, finishing with 66-57 and 62-58 records. He went on to manage 1,142 big-league games, including time with the White Sox, Athletics and Pirates.

Was promoted by the Twins mid-year during a flood-filled 2001 season but displayed the power he showed while becoming a three-time major-league all-star and the 2006 American League MVP. In 64 games with Quad-Cities, Morneau hit .356, belted 12 home runs and collected 53 RBIs. Because of his short tenure, he lacked needed at-bats to qualify for team single-season records.

One of three Quad-Cities players to win a Midwest League batting title, no second baseman in the club’s history dominated the way Remy did. He led the league with 160 hits and a .335 batting average, both the best season-long numbers in the franchise’s 60-year history. Remy went on to have a career batting average of .275 during a 10-year major-league run with the Angels and Red Sox.

A year after being selected with the first overall choice in the baseball draft, Correa warmed with the weather in his first full-season assignment in pro baseball. After batting .221 in 18 games in April, Correa went on to hit .320 over 117 games for the River Bandits. His batting average is the seventh-best on Quad-Cities’ all-time list, and his 33 doubles and 86 RBIs both rank eighth in franchise history.

Split time between third base and the outfield but dominated with his bat and speed during his time in the Quad-Cities. Long before the start of a 15-year major-league career that included playing for three pennant-winning Athletics teams, Lansford hit .287, had 14 home runs and stole 26 bases in the Midwest League. His 86 RBIs share eighth in franchise history.

He was only 19 years old at the time, but that didn’t prevent the first pick in the 2001 draft from being selected as the Midwest League prospect of the year, the only Q-C player other than 1983 Quad-City Cubs shortstop Shawon Dunston to win that honor. A three-time American League batting champion and all-star, Mauer hit .302 in his first full season of pro ball. He threw out 42% of baserunners who attempted to steal on him.

Hidalgo displayed an arm so good that opponents stopped testing it during the second half of the season. The 19-year-old Venezuelan recorded 16 of his franchise-record 23 outfield assists during the first half of the year. Despite missing the final two weeks with a broken wrist, Hidalgo hit .292 with 12 homers, a franchise-record 47 doubles and 76 RBIs.

Before becoming a two-time major-league leader in hits while playing for the Rockies, Bichette was an all-star outfielder for the Quad-City Angels. He established a franchise-record 547 at-bats while playing in 137 games that season. Bichette hit .265 with 28 doubles, 11 homers and 78 RBIs in addition to stealing 25 bases in his first full season of pro ball.

An injury limited Taveras during the second half but not until after he displayed his offensive potential. He led the Midwest League with an adjusted .330 batting average that accounted for at-bats he missed, but his on-field numbers were even more impressive. The 19-year-old from the Dominican Republic hit .386 in 78 games for Quad Cities, collecting 119 hits including 27 doubles and driving in 62 runs.

Only two players in the past 41 years since — Matt Adams with 22 in 2010 and Jonathan Rodriguez with 21 in 2011 — have come closer than five home runs to the 24 balls Harper hit out of the park as an 18-year-old Quad-City Angels catcher. One year prior to his big-league debut, Harper led the league with 101 RBIs that season, a number topped only by Michael Restovich's 107 in 1999 in club history.

Splitting time between the outfield and middle infield during his two seasons with the Quad-City Angels, Curtis’ best season came as part of a league-championship team in 1990 when he led the Midwest League with 151 hits while batting .307, scoring 87 runs and stealing 63 bases. The latter ranks third on the franchise’s all-time list.

The second player chosen in baseball’s 1982 draft made a quick transition to the pros. Dunston was named the Midwest League prospect of the year after batting .310 during his first full-season assignment with the Cubs organization. A two-time major-league all-star during an 18-year career, Dunston scored 65 runs and stole 58 bases.

Pitched one of two nine-inning perfect games in Midwest League history. On July 2, 1961, he was perfect in a 1-0 win over Clinton in a start that was among his five shutouts during a 17-2 season. Ribant, who went on to pitch 149 games in the majors for the Mets, Tigers, White Sox, Cardinals and Reds, had a 1.86 ERA for the Quad-City Braves while striking out 155 batters in an equal number of innings.

Took the mound in the Quad-Cities one season before making his major-league debut for the Angels at the start of a 21-year major-league career. A first-round pick of the Angels in the 1971 draft, Tanana finished 7-2 with a 2.79 ERA in the Midwest League, striking out 134 batters and walking 57 in 129 innings during his first full pro season.

Geishert’s work for the Quad-City Angels has withstood the test of time. His 1.13 ERA during a 12-3 season remains a Midwest League record. A second-round selection of the Angels in 1966, the right-hander went on to appear in just 11 major-league games, all in 1969. He still shares the franchise record with six shutouts and owns one of 11 no-hitters in franchise history.

Only 18 pitchers in the Midwest League’s 73-history have won 20 games, but Fritz is the only one to do so since 1961. He reached the mark in fewer appearances than the others, needing 27 outings to finish 20-4 on a team which won a franchise-best 91 games. He never reached the majors, concluding a 10-year minor-league career with his third Triple-A season in 1996.

Went on to save 422 games over a 15-year major-league career, but the seven-time all-star reliever was a starter for the River Bandits one season after the Astros had selected him in the draft. Wagner started 26 games while pitching in the Midwest League, striking out 204 batters and walking 91 over 153 innings while going 8-9 with a 3.29 ERA.

Won 200 games and was a five-time all-star during a 17-year major-league career, but Finley was a closer when he took the mound for the Quad-City Angels in 1986. He did not allow a single run in 12 innings of work, striking out 16 batters and walking three before earning a rare direct promotion from the Midwest League to the majors, joining the Angels at Yankee Stadium in late May.

Q-C Midwest League bytes: This and that

DOWN ON THE FARM

Bandits' roots began with a $13 collection

Professional baseball’s roots in the Quad-Cities run deep, all the way to 1879, but for the past 60 summers Midwest League baseball has been a constant on the banks of the Mississippi River.

(The Quad-City Times is rerunning some of Don Doxsie's most memorable columns from the past. This column originally appeared in the Times on April 29, 2004.)

Bandits manager looking forward, not back

Just when Ray Hernandez was convinced things couldn’t get more bizarre than his first season as a manager in professional baseball, along came COVID-19.

Quad Cities River Bandits first baseman Justin Morneau fields a ball during a Midwest League game at what was then known as John O'Donnell Stadium.

Left-handed pitcher Chuck Finley was promoted directly from the Quad-City Angels to the California Angels in 1986 for a game at Yankee Stadium where he began a 17-year big-league career.

John Fritz had a 20-4 record in 1992 for the Quad-City River Bandits, making him the only 20-game winner in the Midwest League in the last 50 years. 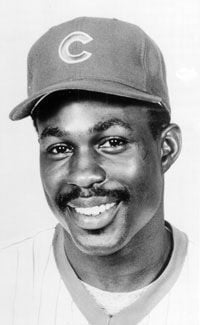