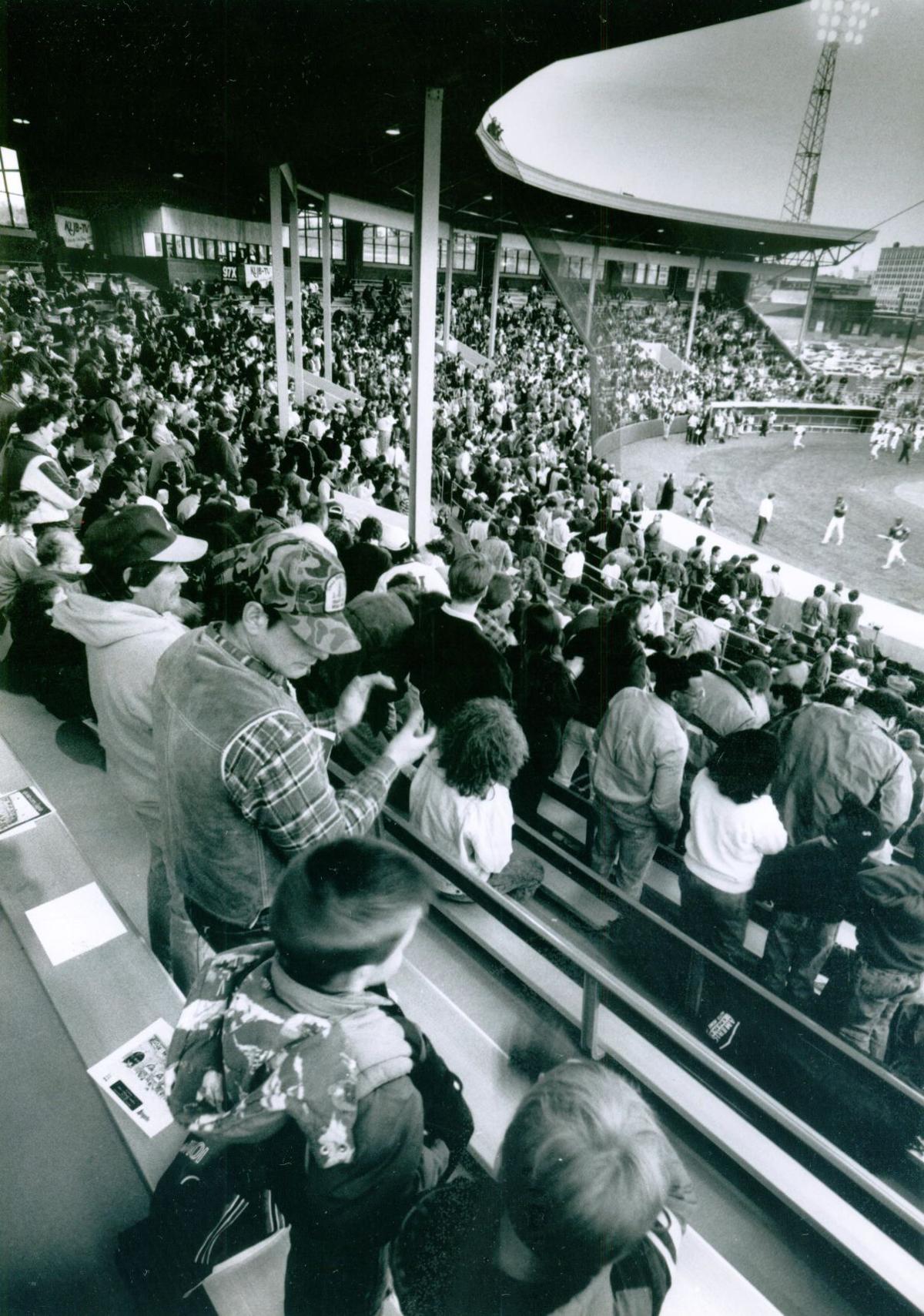 Professional baseball’s roots in the Quad-Cities run deep, all the way to 1879, but for the past 60 summers Midwest League baseball has been a constant on the banks of the Mississippi River.

Since the Quad-City Braves took the field for the first time in 1960, finishing 55-65 as an affiliate of the Milwaukee Braves, generations of Quad-Citians have made their way to what is now known as Modern Woodmen Park to watch minor-league players chase big-league dreams.

There were only eight teams in the Midwest League at that time, half the number of teams that are currently waiting to find out when and even if a 2020 season impacted by the COVID-19 pandemic might begin.

Today’s Quad Cities River Bandits and Clinton LumberKings are survivors, the only two teams in the league that season still in operation today. The Clinton franchise is the league’s oldest, in existence since 1954.

Iowa-based teams in Waterloo, Dubuque and Keokuk, as well as those in Decatur and Quincy in Illinois and Kokomo in Indiana became only memories over the years as the Quad Cities and Clinton franchises have played on.

Rosters may change more frequently now — 62 players have been part of the River Bandits’ 25-man roster at some point in two of the last three seasons — and the addition of the designated hitter and alterations to extra-inning rules have changed things a bit, but baseball and a desire to provide family entertainment are the same now as they were six decades ago.

That was the summer of 1960, when everything old became new again.

Professional baseball was first played in Davenport in 1879 when the Davenport Browns played in the Northwestern League.

Teams came and went over time before the Davenport Sox, a Three-I League affiliate of the Chicago White Sox, moved to Lincoln, Neb., after the 1958 season and left what was then known as Municipal Stadium without a team the following summer.

Hugo "Hooks" Kohn, a local businessman, started an effort to return a team to Davenport’s riverfront ballpark in 1959, and months later, the Quad-City Baseball Fans Association was formed.

The group raised funds, volunteered time and was successful in a campaign built on the idea to "keep the lights burning" at Municipal Stadium.

At the first meeting of the Fans Association, 13 people showed up despite a snowstorm. Each contributed $1, the humble beginning of a group that found a willing major-league partner in the Milwaukee Braves, which returned professional baseball to Davenport in 1960 as part of the Midwest League.

The game was preceded by a short ceremony that included comments from Kohn, Midwest League president Dutch Hoffmann of Belleville, Ill., and Roland Hemond, the assistant farm director for the Braves.

"It was quite a night for the local opener," Davenport Morning Democrat sports editor John O’Donnell wrote in the following day’s paper. "The Quad-Cities is playing ball again."

Hemond factored into franchise’s longest affiliation, a 17-year tie to the then-California Angels organization, after becoming the Angels scouting director late in 1961.

The Quad-City Baseball Fans Association and Hemond put together an agreement which brought Angels prospects to Davenport through 1978, winning Midwest League championships in 1968 and 1971.

The Chicago Cubs became the parent club of the Quad-Cities team in 1979 when a Jim Napier-managed team went 77-56 and won the league title.

After a Cubs-affiliated team finished a 50-88 season in 1984, the Fans Association renewed its relationship with the Angels.

As part of a trend in the minor leagues at the time, the franchise took on a local nickname in 1992, becoming the Quad-City River Bandits and winning a franchise-record 91 games in its final season as an Angels affiliate.

The River Bandits’ current major-league parent since 2012, the Houston Astros, was also the team’s parent organization from 1993-98. It has was a Minnesota Twins affiliate from 1999-2004 and a St. Louis Cardinals farm club between 2005-11.

Bandits, LumberKings prepare for the future

As the owner of four minor-league baseball teams, Quad Cities River Bandits owner Dave Heller finds himself dealing with a flood that has nothing to with the river that runs past the outfield wall at Modern Woodmen Park.

Since the first pitch of a Midwest League baseball game was thrown at Davenport’s riverfront baseball stadium 60 years ago, a collection of 2,011 players have taken the field for the home team.