When you’re young, life is an open road, but thankfully, not a one-way street. Turns out you can go back, if only in travel-size samples.

It might be a song on the radio. Listen for a few seconds and you’re back in fifth grade, longing to be as “cool” as the eighth graders down the hall. It could be a show on TV Land, transporting you to a life free of usernames and passwords.

Maybe it’s the Game Show Network and the original Match Game. Gene Rayburn and that long, skinny microphone conjure up memories of chicken soup and a comfortable couch … staples of a 1970s sick day from school.

If, like me, you’re on the Mick Jagger side of 60, you may have other exit ramps to your youth … a movie, photo, faded ticket stub. Each is to be embraced and enjoyed.

Among my connections to youth is the familiar radio voice of St. Louis Cardinals baseball, Mike Shannon. At 82, his best days are long past and that’s OK. At 63, so are mine.

When Shannon ends his 50th and final year in the Cardinals broadcast booth this week, the last remaining link to the Cardinals of my youth will be gone.

As a 6-year-old, my afternoons often were spent in the yard playing baseball games pitting the Cardinals against this team or that. From the living room window, my mother watched me imitate the batting stances of each player in the Cardinal lineup. Shannon was one of them.

The best recollection is he held his hands a bit high in the batter’s box. A chubby 6-year-old in Atlanta, Illinois may not have fully captured his stance, but it was close enough.

Mom said so. Why would she lie?

Shannon’s voice has been the conduit to those 1960s Cardinals, who rode the speed of Lou Brock and ferocity of Bob Gibson to World Series titles in 1964 and 1967, then a National League pennant in 1968.

In those backyard games, the portly 6-year-old also provided play by play, doing his best Harry Caray impersonation while racing — OK, laboring — around the bases after belting an imaginary triple into the gap. Always there was a slide into third, followed by another into home just under an imaginary tag.

Mom told me so, and again …

Those Cardinals were experienced largely through radio broadcasts featuring the bombastic Caray and the steady brilliance of Jack Buck. They formed the soundtrack of some glorious summers, when the sun shined often on Shannon and his teammates.

Yet, in the long term, Shannon’s presence came to mean more. In 1972, he joined Buck as the Cardinals broadcast team, and for nearly 30 years they delivered good games and bad to our living rooms, offices, car rides and bedsides.

They were a wonderful mix of grace (Buck) and goofy (Shannon), though Shannon also provided insight into the plays, and players, on the field. His voice became permanently linked to Buck, who in the mind of this former 6-year-old is the best to ever do it.

That may be Shannon’s greatest gift to me. He takes me back to all of those years of Buck at his best, bringing a game to life with the warmth and ease of a guy seated next to you. Since Buck’s death in 2002, Shannon has been that link and it mattered.

Critics, many of them Cub fans, have long poked fun at his voice, calling him “mush mouth” or something similar. His constant plugs for having a “cold, frosty Budweiser” have led them to believe he was tipsy for many of his broadcasts. They find his stories boring and his hearty chuckle grating.

They don’t like how he’s had batters stepping up to “the platter” or “the dish,” or his “steeeerike three!” for a called third strike.

To be fair, some of it has worn on me as well. And this season, listening to him has been sad. The voice is occasionally inaudible, names are sometimes mispronounced and the inning incorrect. So yes, it is time.

But rather than focus on what Shannon is not, my preference is to embrace what he has been. That is, a unique character and voice in an era of buttoned-down, cookie-cutter broadcasters. He has been on the field for two Cardinals world championships and at the microphone for three. He is as “Cardinal” as it gets, a perch difficult to reach and impossible to replace.

The 6-year-old inside says farewell and thank you.

Randy Kindred is a columnist and retired sports editor at The Pantagraph. Follow Randy Kindred on Twitter: pg_kindred

In three full seasons as manager, Mike Shildt led the Cardinals to a postseason berth each year. His firing comes a week after team expressed confidence in coaching staff.

Though Game 4 of the American League Division Series was all but over by the eighth inning of the Houston Astros’ 10-1 win over the Chicago White Sox, the fireworks were just starting.

The White Sox appeared to be going nowhere fast in the playoffs until Rob Holt decide to work his magic.

Hochman: If this is goodbye to the Cardinals’ Matt Carpenter, St. Louis should say thanks

Fans got so angry at the guy. The past three years were rough. But Carpenter’s legacy is strong.

It is unclear when the team will announce the hire.

If you ask James Duda where he’s been during every White Sox home game since 2014, he can tell you immediately: He was in the stands, cheering on his team.

Whether he's slugging game-ending home runs in an Iowa cornfield or piling up hits in the postseason, Tim Anderson keeps showing a flair for the biggest moments.

Column: Will Tony La Russa be back with the White Sox in 2022?

The ending will take a while to get over — for La Russa, for the players and coaches and for Sox fans who went into this season thinking World Series or bust.

"He can say what he wants to say," Astros manager Dusty Baker said of Chicago White Sox reliever Ryan Tepera. "I had never even heard his name before we played the White Sox."

Even if the White Sox don’t make it out of the first round, the vivid memories of their 2005 World Series glory remain a potent force in their home neighborhood of Bridgeport. 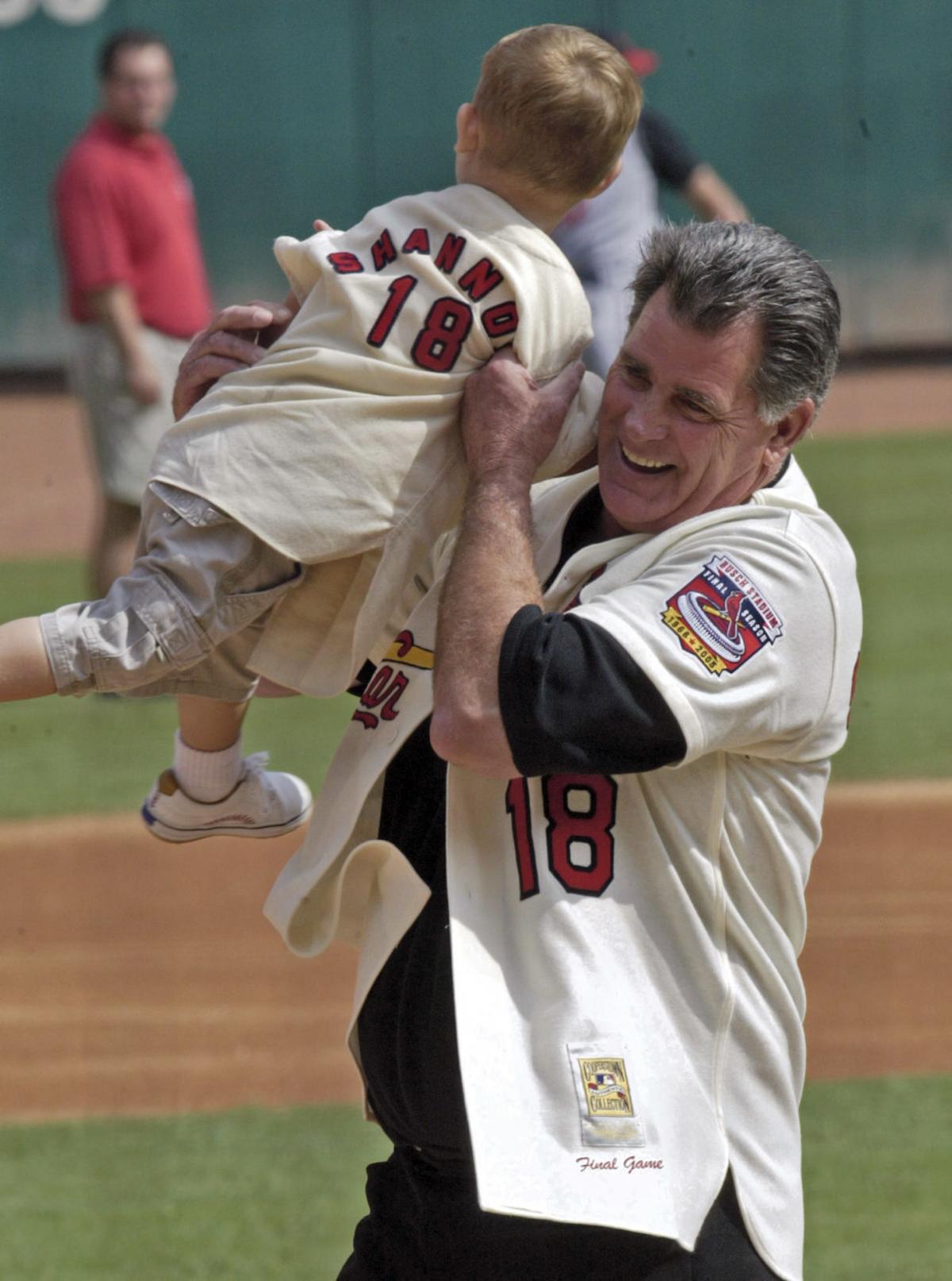 St. Louis Cardinals announcer and former player Mike Shannon hoists one of his grandsons after throwing out the first pitch for the last regular-season game at Busch Stadium, Sunday, Oct. 2, 2005 in St. Louis. The Cardinals play the Cincinnati Reds. (AP photo/Tom Gannam) 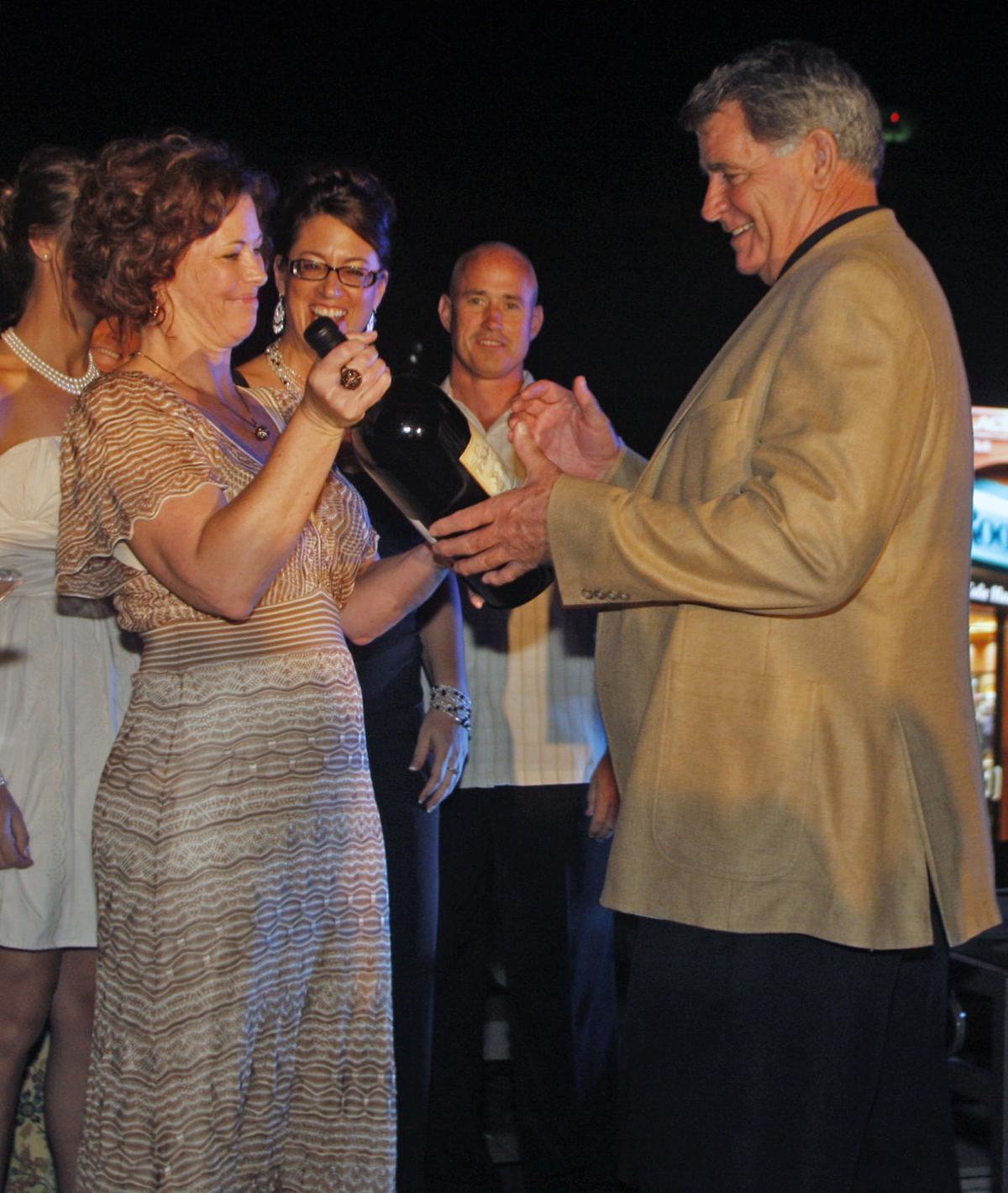 St. Louis Cardinal broadcaster Mike Shannon is presented with a bottle of wine bearing his own private label by his daughter Pat Shannon at his 70th birthday party, Sunday, July 12, 2009 in St. Louis.(Tom Gannam/AP Images for Crown Royal) 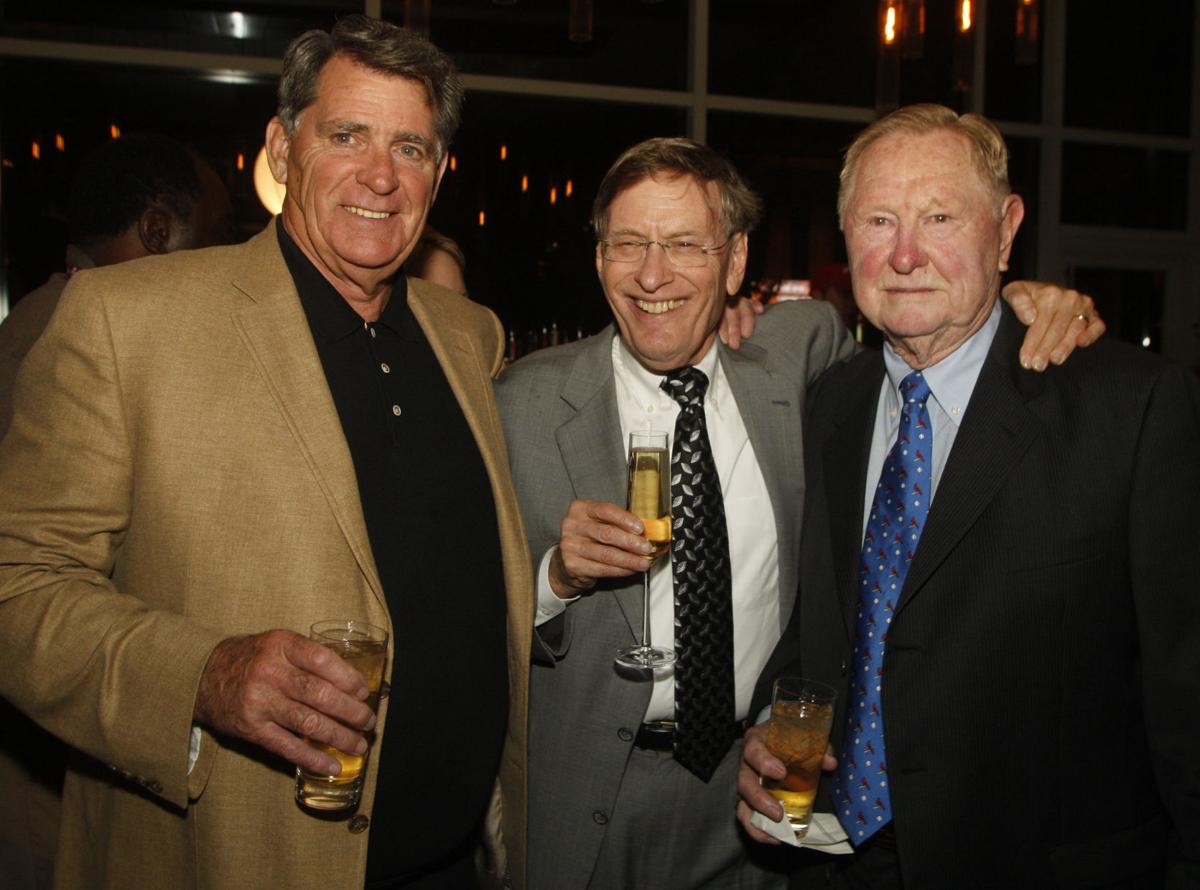 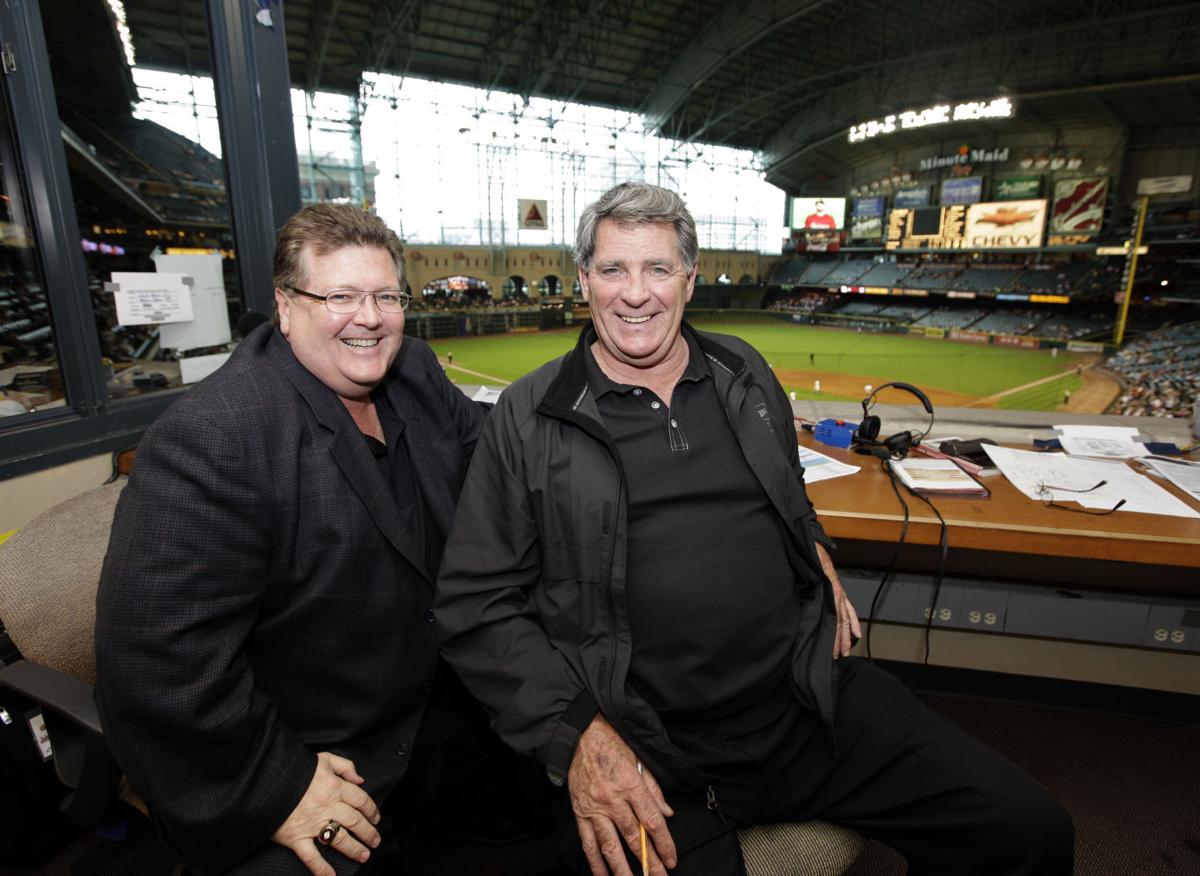 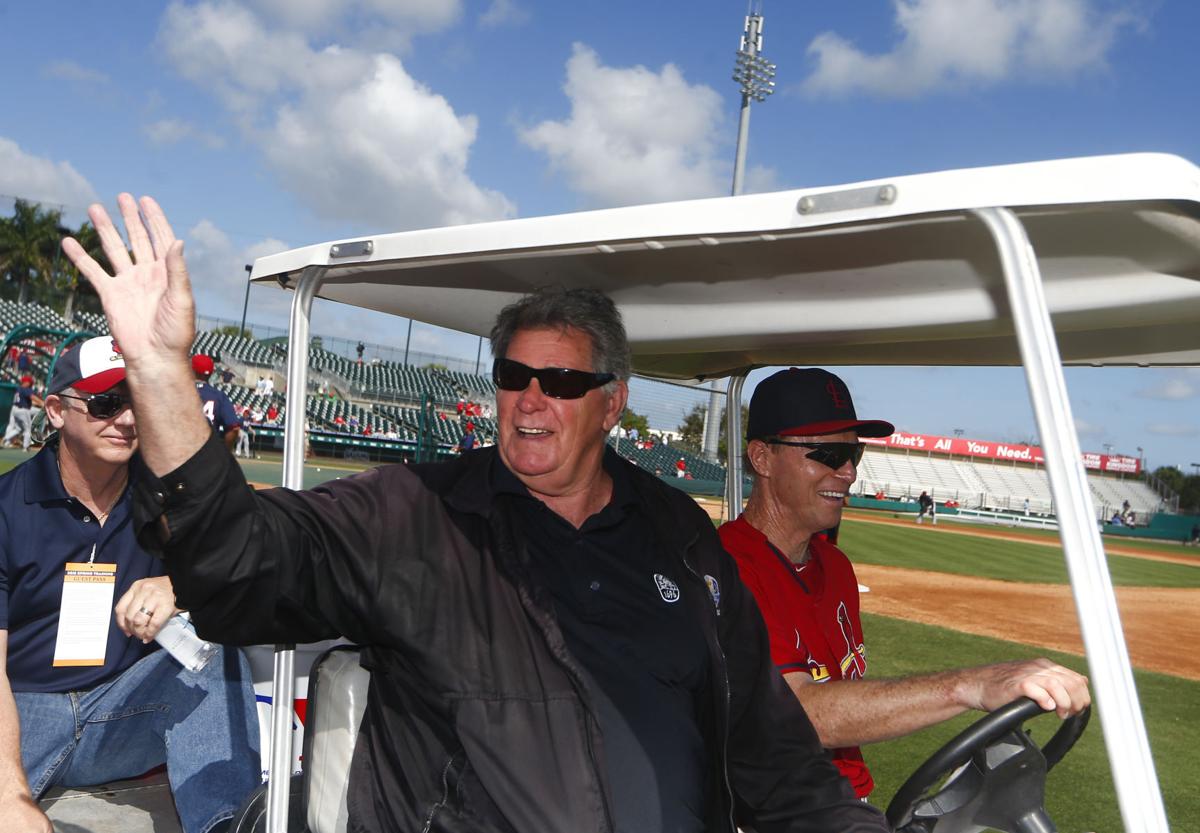 St. Louis Cardinals board caster and former player Mike Shannon waves to the fans before an exhibition spring training baseball game against the Minnesota Twins in 2015. Shannon is retiring after his 50th season as Cardinals broadcaster. 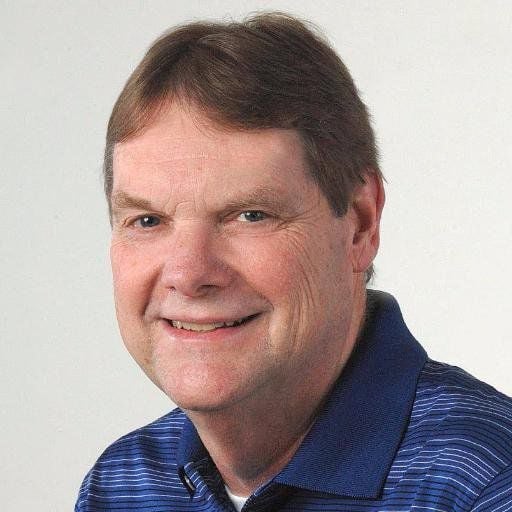