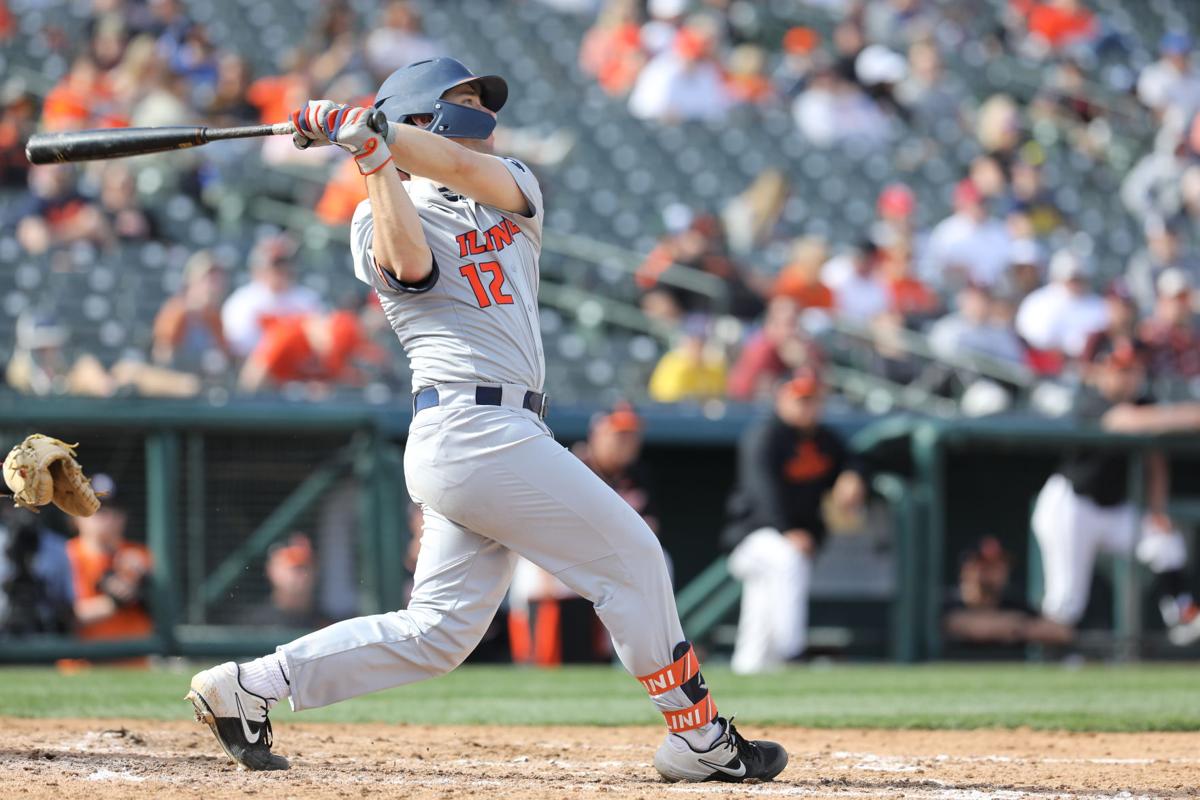 Moline native Brody Harding takes a cut for Illinois during the Fighting Illini's win over 23rd-ranked Oklahoma State earlier this year in Frisco, Texas. Harding began play for the Rockford Rivets in the summer-collegiate Northwoods League on Wednesday. 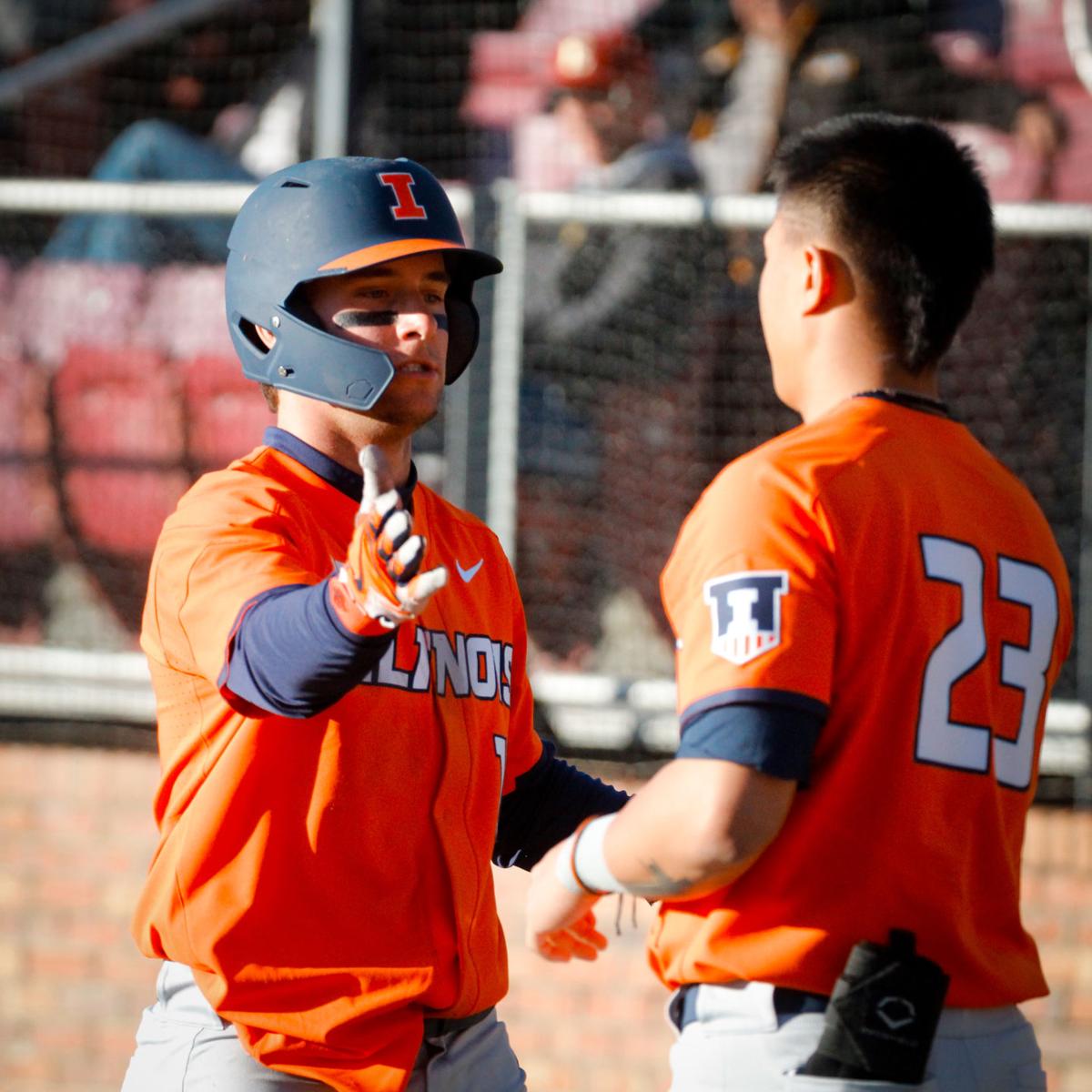 Moline's Brody Harding started all 13 games Illinois played during a shortened freshman season at second base. He began competing for Rockford in the summer collegiate Northwoods League on Wednesday.

The Illinois infielder from Moline took his first cuts in a collegiate summer wood-bat league, playing for the Rockford Rivets of the Northwoods as they opened a shortened 48-game schedule with a game against LaCrosse.

“Finding out that there was going to be a season, it was awesome,’’ Harding said. “I didn’t really know if it was going to happen until right up at the end so I’m excited to get a chance to get back on the field and compete.’’

The Northwoods League is one of a handful of summer collegiate leagues playing baseball this summer, adjusting schedules and even how the league was structured to work around a myriad of issues presented by the COVID-19 pandemic and wide-ranging regulations in the seven states and one Canadian province it encompasses.

The league has put together three smaller pods to limit both the number of opponents a team will face during the season and travel. A North Dakota-based pod began competition two weeks ago, while two pods built around teams in Wisconsin and Minnesota began their seasons Wednesday.

Rosters have been expanded to 34 players, players will be required to wear masks when they are in the dugouts or traveling on the team bus. Social distancing and frequent hand washing and sanitizer use are being encouraged.

“It will be different, but it will be baseball,’’ Harding said. “I’m really looking forward to getting out there and getting back into the routine.’’

Harding competes for the only Illinois-based team in a six-team pod which includes teams in Fond du Lac, Green Bay, LaCrosse, Wausau and Wisconsin Rapids.

One of four Fighting Illini players on a Rockford team managed by newly-named Black Hawk College coach Josh Keim, Harding has known since November he would be playing for the Rivets.

The team met in Rockford last Friday to begin working out together and get connected with the host families they will live with for the next few weeks.

Harding said Keim has been in constant contact with his players over the past few weeks.

“He’s continued to tell us to stay ready, keep working to be ready for July 1, that there was a decent chance that we would get the chance to play and have a season and that’s how it played out,’’ Harding said.

Wednesday’s game was the first for Harding since Illinois’ season came to coronavirus-impacted end on March 8.

The Fighting Illini’s 8-5 record at that point included victories over 13th-ranked Texas A&M and 23rd-ranked Oklahoma State. That, coupled with preseason work, provided Harding with invaluable experience as he started every game at second base.

“There are always going to be things I can do better, but even though it was a short season I was able to get a feel for what it is like to compete at the level and how important it is to just stay on an even keel from one day to the next,’’ Harding said.

That approach has helped Harding continue to push forward in recent months.

He has spent the bulk of that time back home in the Quad-Cities, working out daily with a small group of friends at the Fielder’s Choice indoor facility in Milan.

“It was all about staying ready, being ready to go if this was actually going to happen,’’ Harding said.

He now welcomes the chance to gain as much competitive experience as he can while playing for Rockford.

“I’m excited to get some (at-bats) and get some work in this summer,’’ Harding said. “Like everybody else, I lost the chance for a lot of ABs with the shortened season so I want to make the most out of every AB I get.’’

Harding will play the middle infield for the Rivets and has been told he can expect not only to play second base but to see time at shortstop as well as the season progresses through mid-August.

“I’ll play wherever they want to put me — I’m just anxious to play again — but I’m looking forward to get as many reps as I can at both shortstop and second,’’ he said. “That’s part of what summer ball is about for college players. This is my first time, but the experience I get is going to be invaluable heading back to Illinois in the fall.’’

That experience and the chance to compete against live pitching on a daily basis is what Harding looks forward to the most as the Northwoods League season begins.

He said the past three-plus months have seemed a lot longer.

“The toughest part of all of this has been not getting the chance to play,’’ Harding said. “I like to be able to compete, like all the guys, and it feels good finally getting baseball back. I’m looking forward to getting it going again.’’

A firecracker hot weekend is shaping up around the Quad-Cities. Here are the weather details from the National Weather Service.

Moline native Brody Harding takes a cut for Illinois during the Fighting Illini's win over 23rd-ranked Oklahoma State earlier this year in Frisco, Texas. Harding began play for the Rockford Rivets in the summer-collegiate Northwoods League on Wednesday.

Moline's Brody Harding started all 13 games Illinois played during a shortened freshman season at second base. He began competing for Rockford in the summer collegiate Northwoods League on Wednesday. 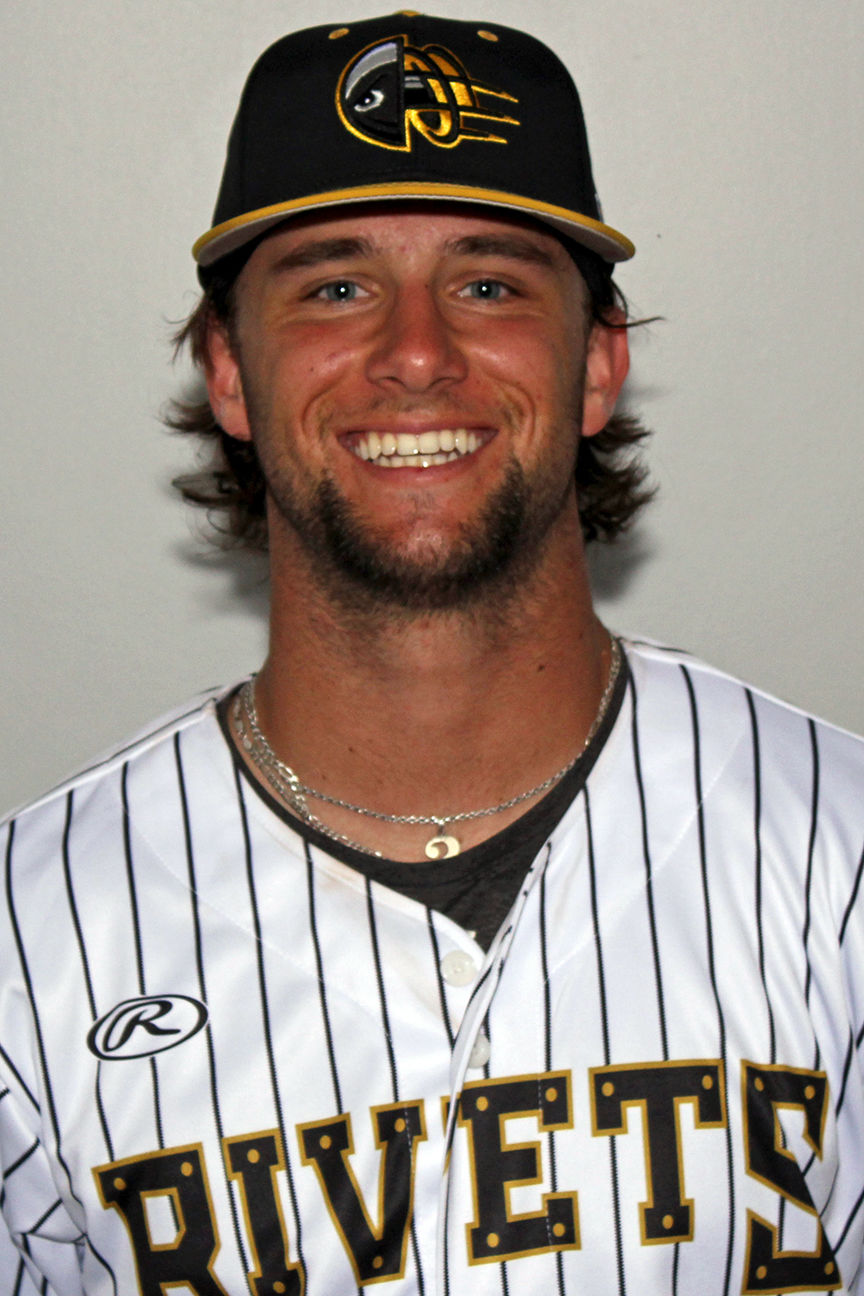