About a year after he took a leave of absence from the Chicago Cubs, Ben Zobrist discovered his wife was having an affair with their minister, according to court documents.

The minister was also accused of defrauding Zobrist's charity foundation, for which he worked.

A Eureka High School graduate, the 40-year-old Zobrist made those allegations in a lawsuit filed on his behalf in May in a Tennessee circuit court. Last week, the Journal Star obtained a copy of the lawsuit.

Yawn also is a former pastor and elder at Community Bible Church in Nashville. In that position, Yawn met Zobrist and his wife, the former Julianna Gilmore, about 16 years ago. The Zobrists, who were married in 2005, have three children.

Ben Zobrist paused his 2019 Cubs season for about four months as he and 36-year-old Julianna Zobrist, a contemporary-Christian singer, addressed their marital problems.

During that stretch, Ben Zobrist lost about $8 million in income, according to the lawsuit filed May 6 in Nashville. Two years ago in a neighboring county, he filed for divorce.

When the Journal Star contacted one of of Ben Zobrist's attorneys, Larry Crain, regarding the Nashville lawsuit, he stated he was unable to comment on pending litigation.

Messages were left last week with Yawn and with Julianna Zobrist. A published telephone number for Yawn was disconnected.

Yawn provided the Zobrists pre- and post-marital counseling, the lawsuit stated. He also counseled Ben Zobrist regarding anxiety and depression.

Beginning in August 2018, Yawn talked daily with Julianna Zobrist, the lawsuit stated. It alleged their sexual relationship began in the spring of 2019 and lasted for about a year.

Robin Yawn notified Ben Zobrist, but she told him she believed her husband and his wife were engaged in an emotional relationship, not a physical one, the lawsuit stated. The Zobrists then began marital counseling.

Ben Zobrist did not know until June 2020 that his wife and Byron Yawn had a sexual relationship, the lawsuit stated. Julianna Zobrist admitted the nature of the relationship, and that she lied to her husband about it, in responses to written requests for admission in a divorce proceeding.

An internet court-records search revealed Ben Zobrist filed for divorce in May 2019 in Williamson County, Tenn., where he and his wife reside. Julianna Zobrist filed a counter-complaint in March 2020. Those cases are pending.

In May 2019, Julianna Zobrist filed in Chicago for divorce, but that petition was dismissed days later, according to Cook County Circuit Court records.

Also that month, Ben Zobrist left the Cubs after he had played 26 games that season. He did not return until September. Zobrist also missed part of 2019 spring training, for what was called an excused absence.

During that time, as his marriage began to crumble, Zobrist was confiding in Byron Yawn.

Reproduced in the Nashville lawsuit were text messages the men exchanged in February 2019 as Zobrist planned to join the Cubs in Arizona for spring training. That was to be the start of Zobrist's fourth season with Chicago, for whom he was 2016 World Series MVP.

"She used the words emotional, verbal and spiritual abuse. I was shocked," Ben Zobrist texted. "Can't be 2,000 miles away from her and kids while she's thinking that about me. I have owned every bit of my sin, but I will not own the abuse angle."

Replied Byron Yawn: "I'm sure it's like getting knocked off your feet and into your head. But I can't imagine what it feels like in this moment. Your (sic) a husband and a father first. That's who you are."

Yawn encouraged Zobrist to give his wife some space, the lawsuit alleged.

With those marital problems as a backdrop, Yawn worked himself into a leadership position with Patriot Forward, a not-for-profit group Ben Zobrist founded. Its purpose is to help professional athletes tend to their mental health and prepare for life after their careers.

Yawn drafted his job description as executive director of the charity, the lawsuit stated. But in March 2019, Yawn was terminated.

Still, Yawn continued to draw a $3,500 monthly salary until May 2019. The lawsuit did not explain how Yawn was issued those checks, other than to say it was done fraudulently.

"Mr. Yawn often capitalized on the Plaintiff's celebrity," the lawsuit stated, "asking him to sign autographs for his mother-in-law; requesting tickets to baseball games; hosting 'Guys Night Out' for the church at Mr. Zobrist's home; (requesting) that Mr. Zobrist send personal videos to parishioners who were being baptized; and nominating Mr. Zobrist as a deacon of Community Bible Church in hopes that his celebrity would attract new parishioners and keep current parishioners."

Yawn no longer is associated with the church, its senior pastor, Ryan Haskins, told the Journal Star.

Ben Zobrist graduated in 1999 from Eureka, where he played varsity baseball and basketball.

Thinking his baseball career was over, Zobrist planned to attend a Bible college in Missouri until a scout from Olivet Nazarene University in Bourbonnais saw him at a tryout camp in Brimfield. Thus began a path that led to the big leagues in 2006.

In addition to the Cubs, Zobrist played for Tampa Bay, Oakland and Kansas City, where he was part of the 2015 World Series champions. The following year, the utility player helped lead the Cubs to their first World Series title in 108 years.

Zobrist's RBI double in the 10th inning of World Series Game 7 against the Cleveland Indians gave the Cubs a lasting lead.

The 2019 season was Zobrist's last in the major leagues. He played in 47 games that year.

Earlier this month, reports suggested Zobrist's Cubs World Series ring was being sold at auction. But Zobrist's agent said the ring was not for sale.

Watch now: Check out the finish of the Quad-City Times Bix 7

Ben Zobrist's divorce case rooted in $30,000 party for his pastor. Here are the details

Court documents allege Julianna Zobrist spent about $30,000 on a retirement party for her pastor, with whom she was having an affair.

In divorce documents, Zobrist says wife ‘coaxed’ him into returning to Cubs

The brief contends that Ben Zobrist “intentionally and voluntarily stopped working” and “essentially went from the top of his game to basically giving up, which caused a massive loss in income.”

Former Chicago Cubs infielder Ben Zobrist’s divorce trial might include testimony from the former pastor he accused of having an affair with his wife in a lawsuit alleging fraud and intentional infliction of emotional distress.

After three previous meetings in the Legion season, Oneida was finally able to do something that it hadn't done prior to Thursday afternoon.

The Legion baseball teams of Moline and East Moline are well-acquainted with each other.

In a rarity, Chiefs shut down Bandits

To say the least, it was an unusual evening of baseball by the banks of the Mississippi River in High-A Central League action when the worst team in the league knocked off the best team at Modern Woodmen Park.

Rock Island Post 200 began this weekend's American Legion Division Tournament by getting shut out by Oneida Post 727 on Thursday.

Bandits' Hancock surging at the plate

After hitting .171 at the plate over the first two months of the season, the River Bandits' William Hancock has hit .341 in July for Quad Cities. 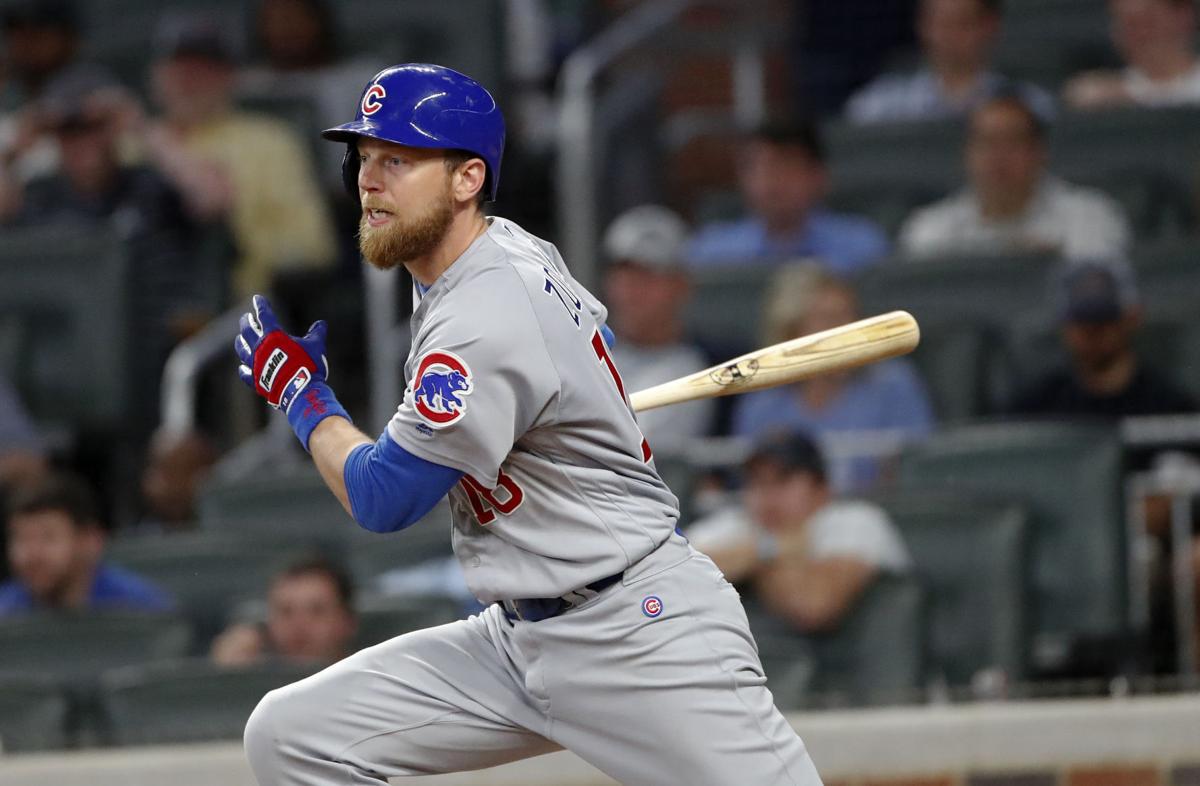 The Cubs' Ben Zobrist watches his base hit during the 2018 season. 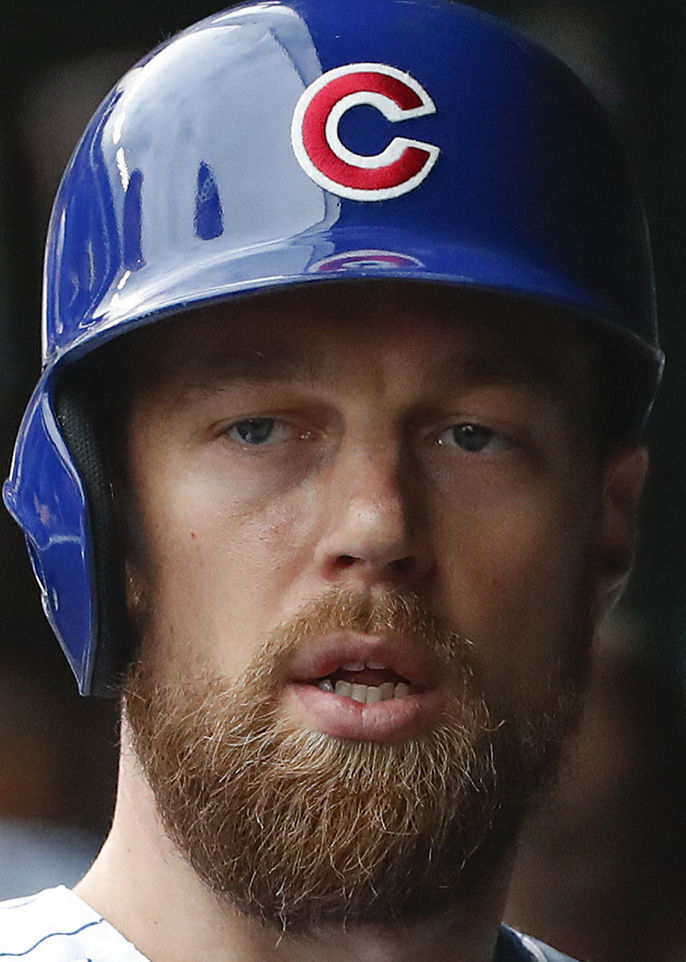