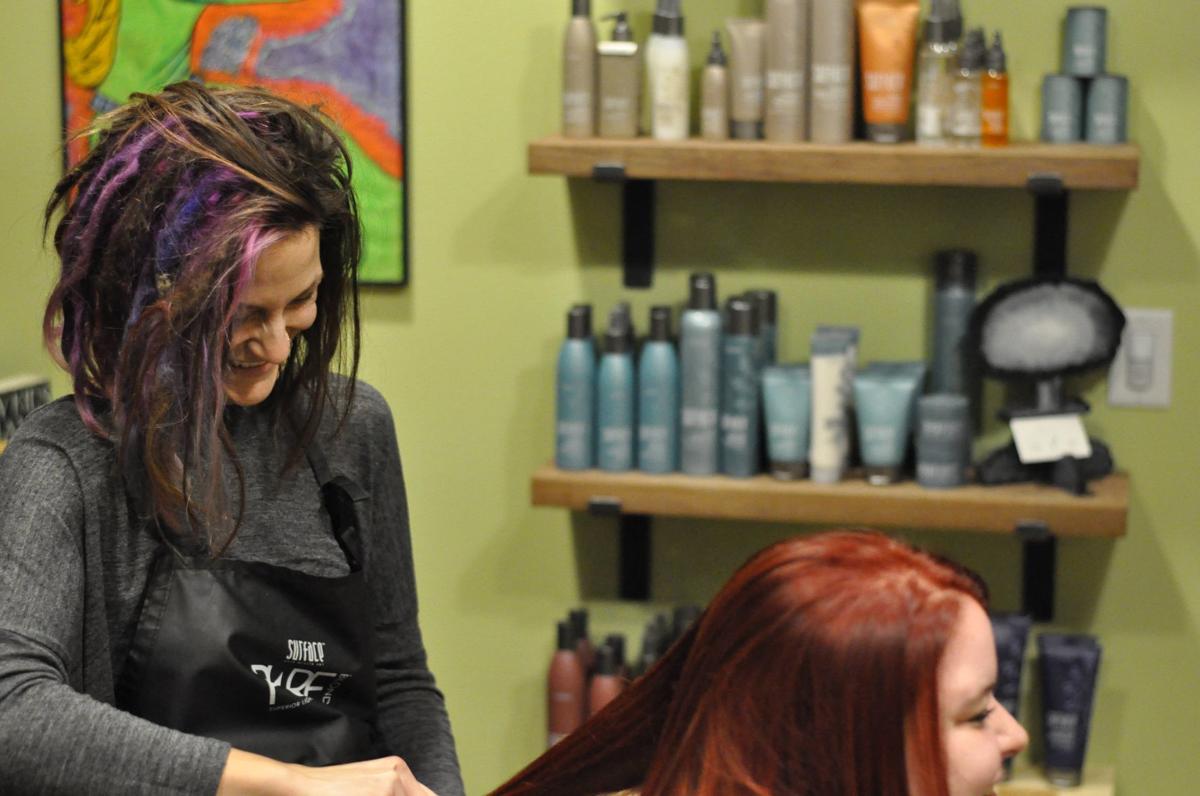 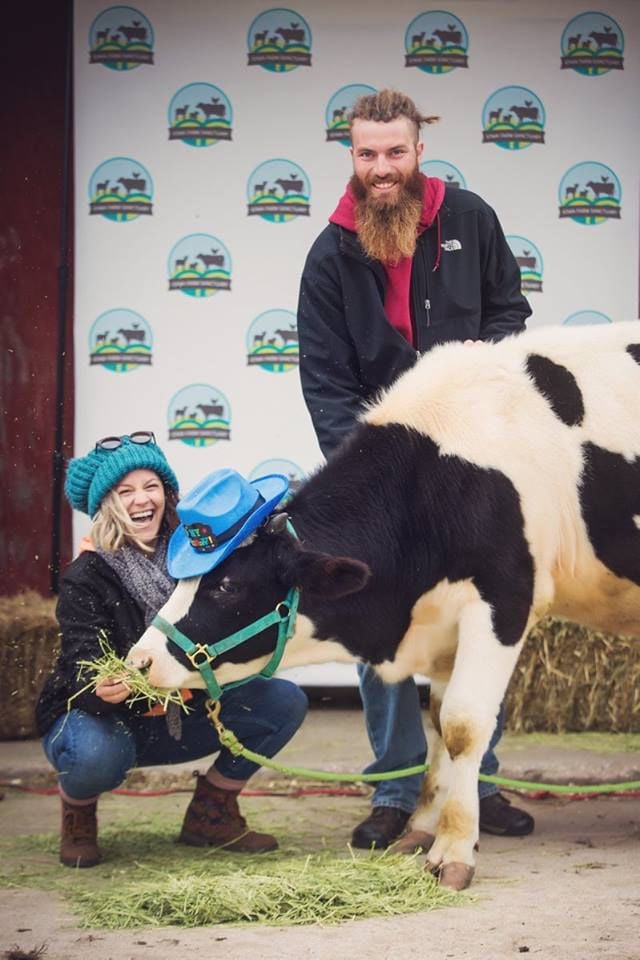 Nikki Grim and her husband, Jeff, of Cedar Rapids, pose for some photos with Carl the cow at the Iowa Farm Sanctuary in Marengo, Iowa. Nikki owns and operates one of the only vegan salons in the Midwest.

Nikki Grim and her husband, Jeff, of Cedar Rapids, pose for some photos with Carl the cow at the Iowa Farm Sanctuary in Marengo, Iowa. Nikki owns and operates one of the only vegan salons in the Midwest.

More than five years ago, Nikki Grim went vegan for health reasons. After a lot of research, her commitment to veganism expanded to include all aspects of her life, including her Eastern Iowa hair salon.

“My passion for veganism and animals has helped me grow in all kinds of directions,” says Grim, 29, of Cedar Rapids. “I’m just following my heart. Living with less cruelty and less waste is a way of life for me.”

Since the start, she committed to going chemical- and plastic-free to create less waste. “But I realized I could try harder,” she says. For Grim, that meant creating what she believes might be the only vegan-based salon in Iowa — and one of just a few in the Midwest.

“It occurred naturally,” Grim says. “I thought to myself, veganism isn’t only about food, but all practices of animal agriculture. I wanted my salon to be authentically me.”

Everything she buys, uses and sells — from hair products to the ink on her business cards — is vegan-friendly.

“My products are plant-based, biodegradable and recyclable,” she says. “If I’m not sure about a product, I will contact the company directly and ask flat out if they test on animals in any way. If I don’t get a reply or if the reply is unclear, I will not purchase.”

Cruelty-free products do not harm or kill animals, but that doesn’t necessarily mean they’re vegan, Grim says. She won’t use products that contain, for example, beeswax or lanolin. She believes in “compassion for all creatures,” she says.

Grim also is committed to eco-friendly products, which mean products that do not harm the environment in their production, use or disposal. She carries product lines that are biodegradable or can be recycled — and she recycles everything she can. To cut down on paper waste, she doesn’t use paper towels, opting instead to clean with towels that can be washed. She also offers a discount refill program so clients may bring in shampoo and conditioner bottles to fill them rather than purchasing new bottles.

“It has been a rewarding journey to be on with my salon guests. We’ve grown to learn about these products together.”

Grim believes we should be concerned about the hair products we use — for ourselves and for the planet. What we pour down the drain matters, she emphasizes.

“Many chemicals used in salons are harmful to the environment,” Grim says. “They are inhaled, washed down the drain. They end up polluting the air, rivers, seas and soil. That is not good for us, either. Our skin is our largest organ and our (hair) products seep into the pores. Why compromise your health and the world around you with products that contain harsh chemicals when there are healthier resources?”

Carrying her vegan lifestyle into her business practices has helped her “find my voice behind the chair,” she says.

Grim decided as a senior at Burlington Community High School that she wanted to be a cosmetologist. “I was really into art, and hair is a form of media,” Grim says. “I did hair for friends for school events and experiments.”

From 2007 to 2008, she studied cosmetology and massage therapy at La’ James International College in Iowa City. After graduation, she worked at a Coralville salon, which she later managed. When the salon closed, she decided to start her own. In addition to operating her salon, she also is a traveling yoga instructor, teaching at various locations in the area. She became a Registered Yoga Therapist (RYT) in 2016.

“I like to start my days with routine, and yoga is a big part of that,” she says. Yoga has helped her with past injuries and also counters the repetitive motions she does in her work at Atomic Salon.

An avid bicyclist, she bikes whenever she can to her salon from the Cedar Rapids home she shares with her husband Jeff and their “zoo,” which includes three dogs, a cat, three ferrets and two large tanks with fish and slider turtles.

An artist by nature, Grim loves to create with her hands. She paints when she has time, including commissioned dog portraits on canvas she stretches herself. Jeff builds frames for her pieces.

She and Jeff are do-it-yourselfers, she says, making everything from condiments and dog shampoos to body sprays and candles. Jeff also makes his own beard shampoo, oil and balm.

For fun, she and Jeff repurpose old, white clothing with tie-dye. They sell their creations and use the profits to care for their pets. They are transitioning into natural dyes and are doing research to start repurposing food scraps to create dyes, too.

In 2016 and 2017, Grim helped raise caterpillars into Monarch butterflies. Much of their large backyard is made up of flower beds for bees and butterflies. They also have a dedicated space for vegetables, raspberry bushes and herbs. The couple uses seeds from Seed Savers in Decorah, Iowa. This year, they will use compost they’ve been cultivating for the past few years.

Their yard is, of course, chemical-free.

When she’s not busy, Grim likes to watch their ferrets play in tunnels and a ball pit. She and Jeff also like to walk their dogs, hike, camp, canoe, and visit the Iowa Farm Sanctuary in Marengo, Iowa, which provides a safe haven for rescued farm animals.

Grim says she likes to live “an organized life with wiggle room for play.”

“I enjoy my cup overflowing with goodness but I do need time to recharge, and self-care is important. In order to help others I must help myself first.”