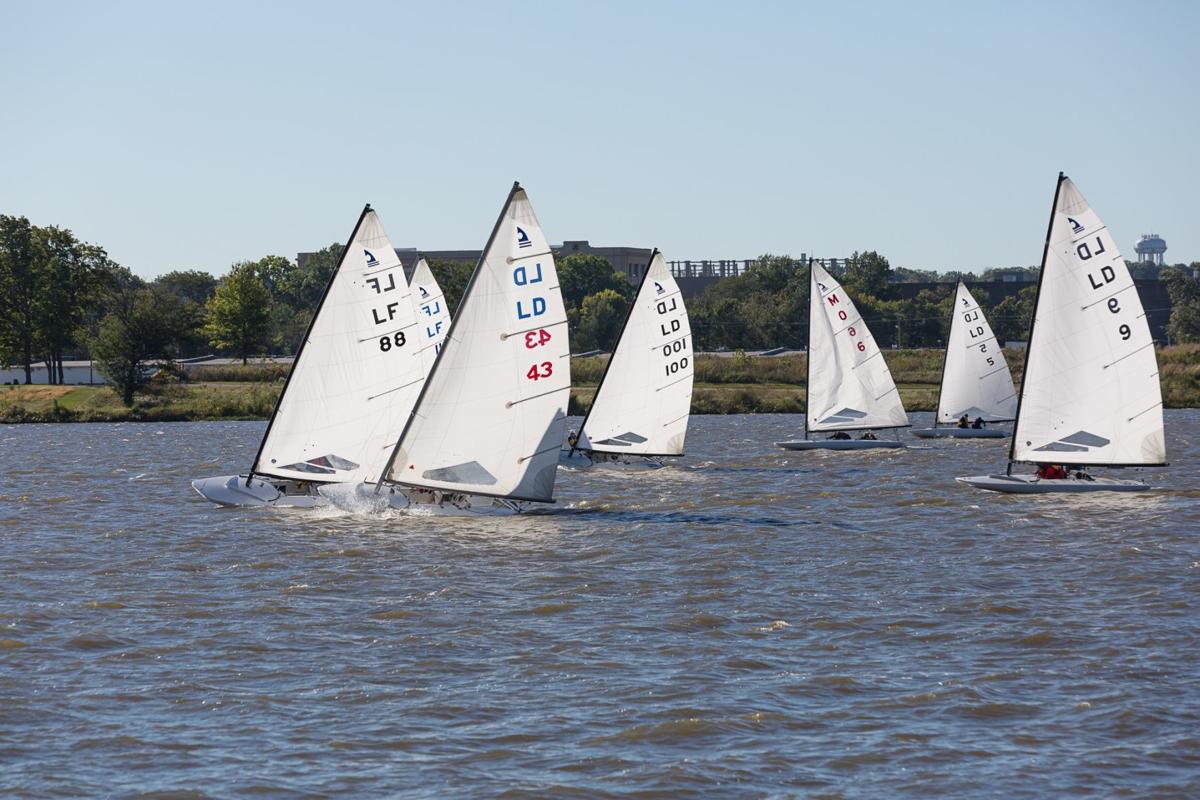 The Quad City Sailing School hosts class sessions on the Mississippi River where participants learn the basics of sailing from seasoned skippers. 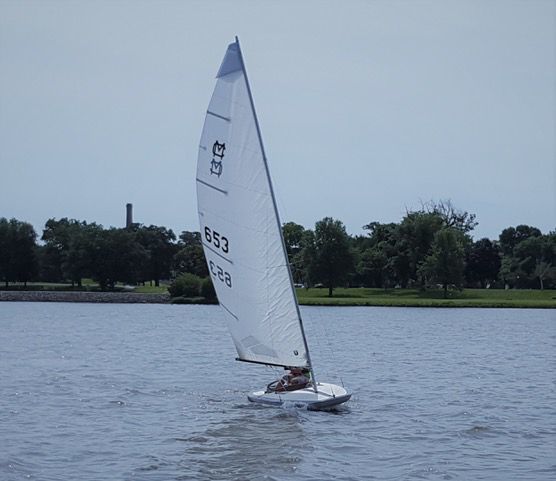 An MC racer boat sails during the Lake Davenport Sailing Club's annual Polar Bear Regatta. These flat-bottomed boats are ideal for skimming across the water and are among the “one-design” boats that sailing club members race.

The Quad City Sailing School hosts class sessions on the Mississippi River where participants learn the basics of sailing from seasoned skippers.

An MC racer boat sails during the Lake Davenport Sailing Club's annual Polar Bear Regatta. These flat-bottomed boats are ideal for skimming across the water and are among the “one-design” boats that sailing club members race.

Living completely in the moment between setting sail and returning to shore is just one perk of sailing.

“There are very few experiences that I know of that take you away from everyday pressures like sailing,” says Don Allebach, of Davenport. “In some cases it can be calm and relaxing, and in other cases it can be a huge adrenaline rush.”

Either way, it requires a lot of attention and focus, Allebach says, and when you get back to shore, you have completely lost track of time.

The Lake Davenport Sailing Club offers that escape in the Quad-Cities. The club, established in 1935, is at 1255 E. River Drive, Davenport. From May through November, when the clubhouse is open, members sail the Mississippi River whenever the weather and the water level allow them to.

Allebach is the club's house manager and the Quad City Sailing School director. He joined the club in 1997. He and his wife had sailed independently from the club, and they were empty-nesters looking for inexpensive, fun and local activities.

“We stopped by the club one Sunday afternoon, met some great people, jumped in a sailboat and the rest is history,” he says. When he can’t sail the Mississippi, Allebach will go to inland lakes, and over the winter, he gets his sailing fix in the Caribbean.

While some new members are seasoned sailors, others who join are just getting their feet wet: you do not have to own a sailboat to be a member. The associate membership level has a $75 annual fee, and is perfect for those without a boat.

Before making that commitment, however, you can take classes through the Quad City Sailing School at the club. There is even an introductory first-sail option where you can spend two hours with an instructor learning about basic sailing theory, boat handling and nautical terminology for $50 to see if sailing is something you want to explore.

Associate members are able to use the club’s Tiller Time Program which offers access to the school’s sailboats during open sailing hours, which are held weekly. The purpose of the program is to give associate members the experience, skill and confidence they need to begin safely sailing on their own.

“Rather than ask people to jump into boat ownership, we have this bridge program that allows them to use the club boats, improve their skills and get some coaching,” she says. “It’s a great way to see if this is really something they want to do.”

She became a Quad City Sailing School student in 2016, and then was an associate member before becoming a full member in 2018. She first tried sailing while visiting friends in North Carolina. The instructor encouraged her to find a local club, and she found the Lake Davenport Sailing Club.

Dwyer loves the combination of water and wind.

“Those elements create something powerful, and to know that you can harness that? Nothing better,” she says.

The full club membership is $270 annually for a family. Typically, full members own their own boats, and there also is a $170 annual fee for each boat stall. The club has approximately 40 full members and about 50 associate members.

“Full members have unlimited access to the launching cranes (to launch their boats), and (the) club house,” Allebach says. “It's a like having a summer cabin on the river right here in town that you can use any time you like.”

Races are held on Wednesdays and Sundays during the summer, with social events held year-round. The annual Polar Bear Regatta, which began in 1960, is held in the fall. It has brought in racers from throughout the Midwest and as far away as New York, Florida, California and Texas. To keep with the theme, ceramic polar bear trophies are awarded for classes and age groups.

“Most competitors sail on inland lakes, so the river is a unique place for them to come to compete. They are not used to the current, which adds a new dimension of complexity to the competition,” Allebach says. “The Polar Bear Regatta is notorious for fun and hospitality. Most Midwest sailors have competed in the Polar Bear at one time or another.”

Cecil Fuhlman, of Bettendorf, the club commodore, says he loves the camaraderie in the club, and that it is almost like having a second family. He joined in 2006, and describes sailing as a continual challenge where you are reading the wind and trying to maximize your speed.

He loves that challenge.

“A good day is a day that you learn something new,” Fuhlman says. “Sailing for me is always good because I have a lot to learn.”

And the Lake Davenport Sailing Club is dedicated to being a great place to learn. Allebach says members help each other stay safe, learn how to sail better, and learn how to take care of their boats. The club has dozens of experienced sailors for new members to connect with who will help them build their skills as they gain experience.