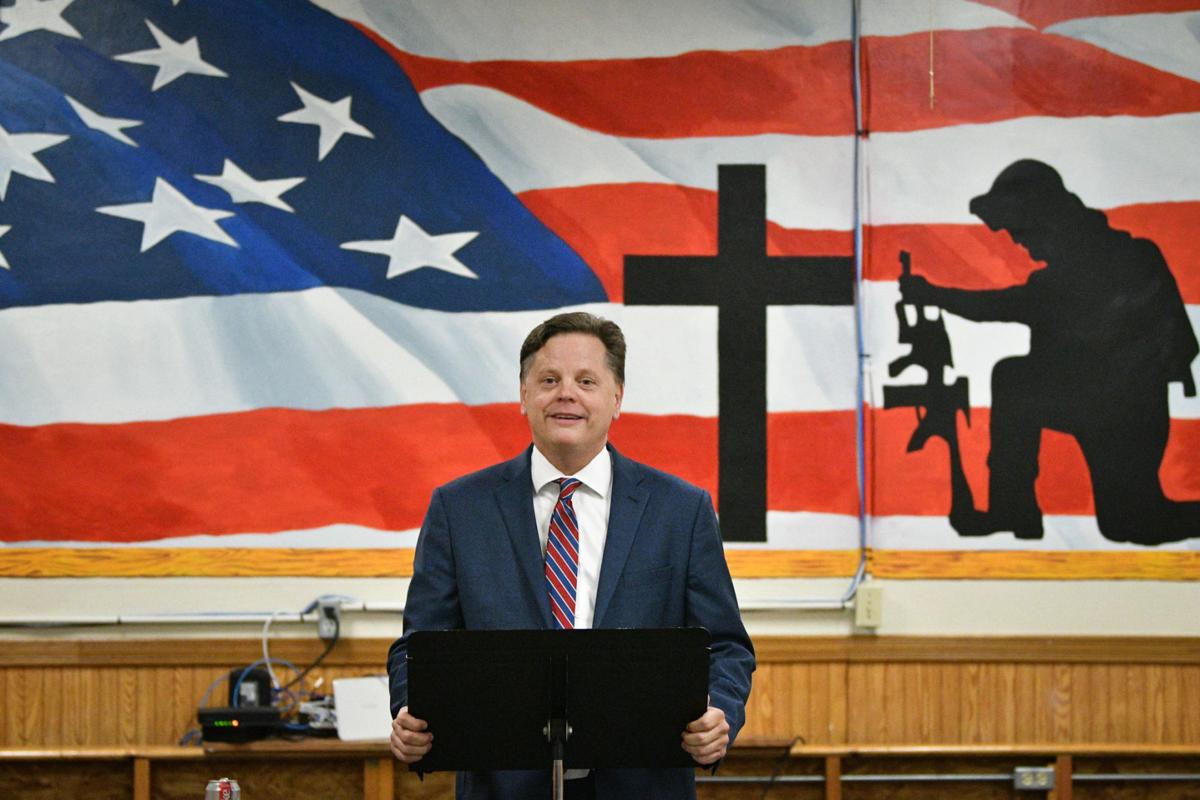 In this 2018 file photo Rock Island County State's Attorney John McGehee delivers the State of the State's Attorney's Office address at the American Legion, in East Moline. McGehee has been appointed to the position of Circuit Judge on the 14th Judicial Circuit. He will fill a vacancy on the bench effective May 1, 2019, until the November General Election in 2020. 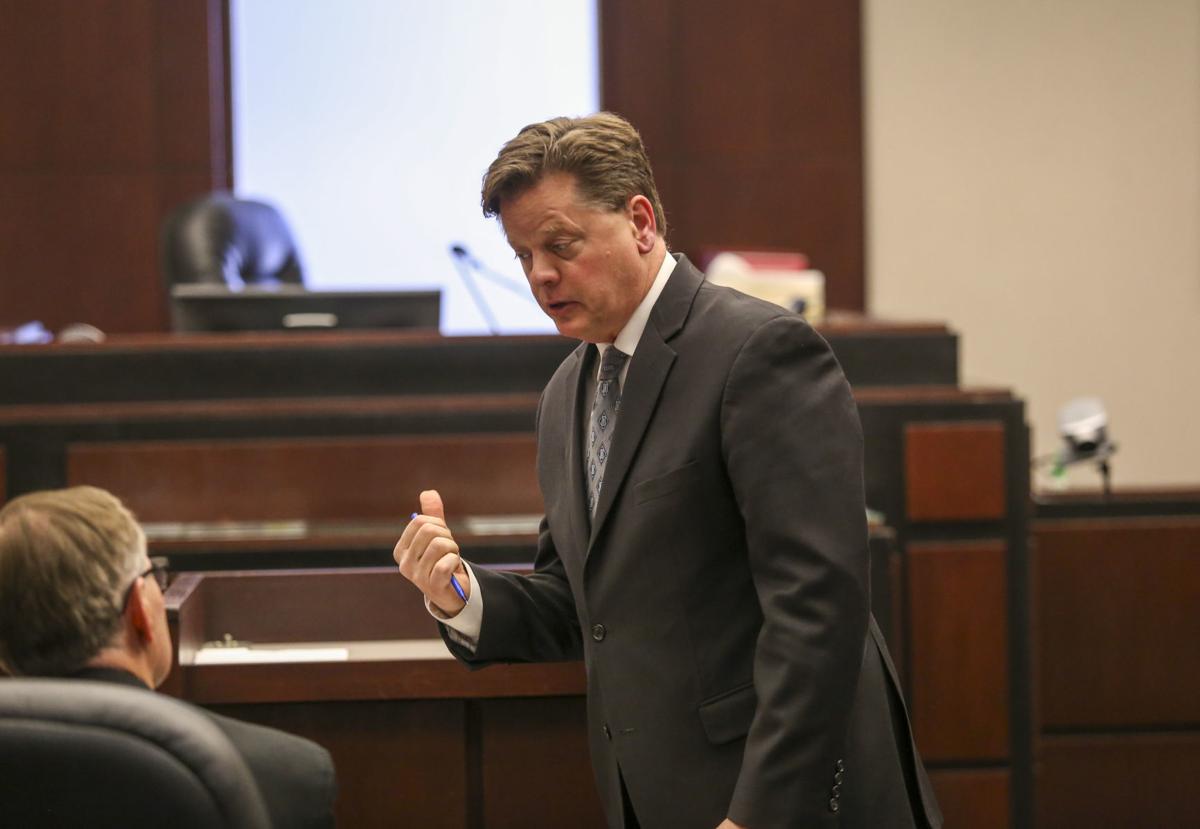 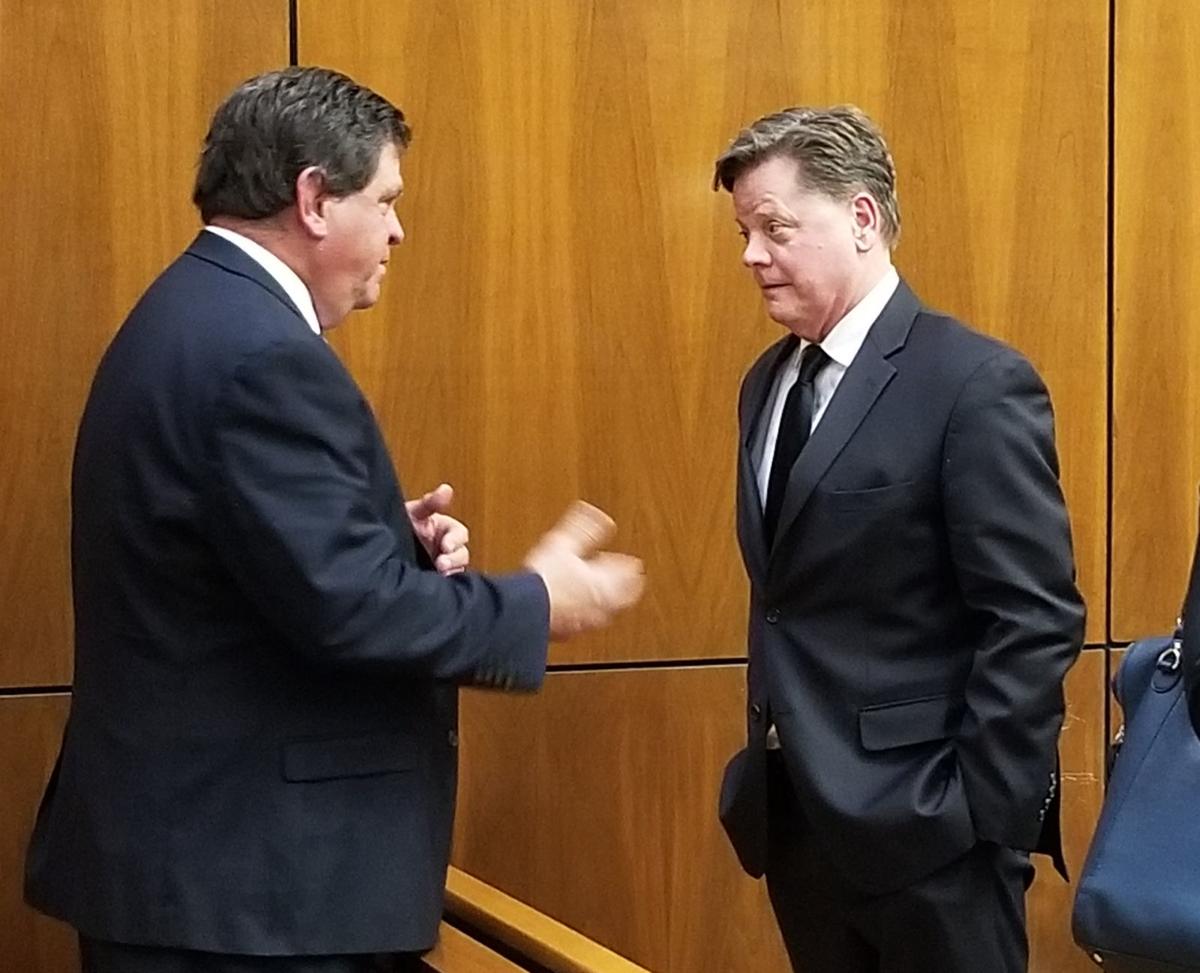 John McGehee was elected  in 2012 pledging to "restore the integrity" of the Rock Island County state's attorney's office.

Fulfilling that promise was essential to the now-former state's attorney's effort  to restore both the morale of the office's staff and the public trust in its leader after former state's attorney and rising political star Jeff Terronez resigned in disgrace and pleaded guilty in 2011 to providing alcohol to a minor.

There was much more in the state's disturbing and disappointing case against Terronez. Rather than dwelling on the sordid details, McGehee concentrated on effectively reorganizing staff duties and creating overdue ethics policies for an office that carries immense power over individuals and, in some ways, county government itself.

The state's attorney's highest profile duty, of course, is acting as the county's chief prosecutor, with authority over ordinance violations, traffic regulation, juvenile court matters, mental health hearings and felony criminal prosecutions. In addition, the constitutional office carries executive powers, and the state's attorney serves as the county board's lawyer by defending it in lawsuits, and writing ordinances and policies that impact county residents and their wallets.

During his tenure, McGehee has done it all. He has tried high-profile murder cases, and he has worked with the county board and the county administrator to reorganize county government and codify for the first time ever strict county ethics standards. He's also been at the helm as the county built the Justice Center annex that now serves as the county courthouse, and as it fights to demolish the old one.

The deliberative nature McGehee has demonstrated through it all suggests he is well-suited to take over for retiring Judge Lori Lefstein. We thank both McGehee and Lefstein for their service to this community, and wish them well as they take on new roles.

We also send good wishes to assistant state's attorney Patricia Castro as she takes over as interim state's attorney. How long this relative unknown -- at least outside of county government and legal circles -- will serve is uncertain. Board Chairman Richard Brunk, who quickly announced Castro's  elevation last week, has said the county doesn't intend to rush the search for a permanent replacement.

That should give the board ample time to include the public in the effort to permanently fill the job. In fact, it's essential that RICo employ a more open process than the one used to find a replacement for Terronez eight years ago.

The board did release information about the seven applicants who sought the job then, but unwisely interviewed them in private. In the end, the late Mark Senko was the right choice at the time time. But had he been less well-known and respected and had county leaders not narrowed the pool only to those with no interest in running for the job, it might have made the transition to Senko's and, later, McGehee's leadership, far more difficult.

A closed process also would ill serve a financially crippled county  buffeted by big problems and still struggling to show restive residents that the broken promises and bad politics of the past are gone for good.

There are good models to follow. For example, Winnebago County was faced with a similar vacancy last year after its state's attorney resigned to become a circuit court judge. It chose a wide-open replacement process that included public interviews for candidates.

In the end, while some politicians grumbled when the board didn't tab the Democratic caucus' choice, Board Chairman Frank Haney directed the public's attention to an open process. “There was no hiding in smoke-filled back rooms,” he told the Rockford Register Star. “This is the new way we do business.”

We urge Brunk and the county board to find their own way to embrace a new way of doing business by using an open, transparent process to select the next Rock Island County state's attorney.

The Rock Island County board chairman has announced an interim state's attorney for the county, pending approval of the county board.

In this 2018 file photo Rock Island County State's Attorney John McGehee delivers the State of the State's Attorney's Office address at the American Legion, in East Moline. McGehee has been appointed to the position of Circuit Judge on the 14th Judicial Circuit. He will fill a vacancy on the bench effective May 1, 2019, until the November General Election in 2020.