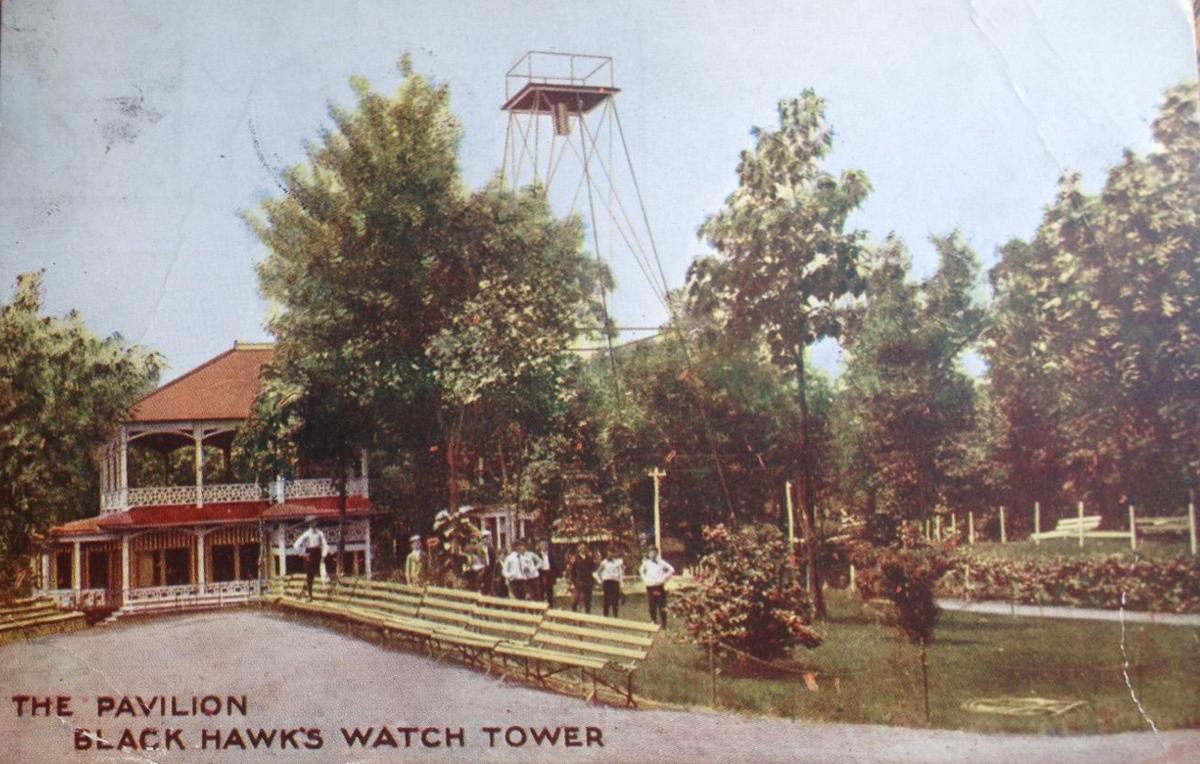 This historic postcard, which is part of Marlene Gantt's extensive collection, features the Watch Tower Pavilion in what is now Black Hawk State Historic Site. 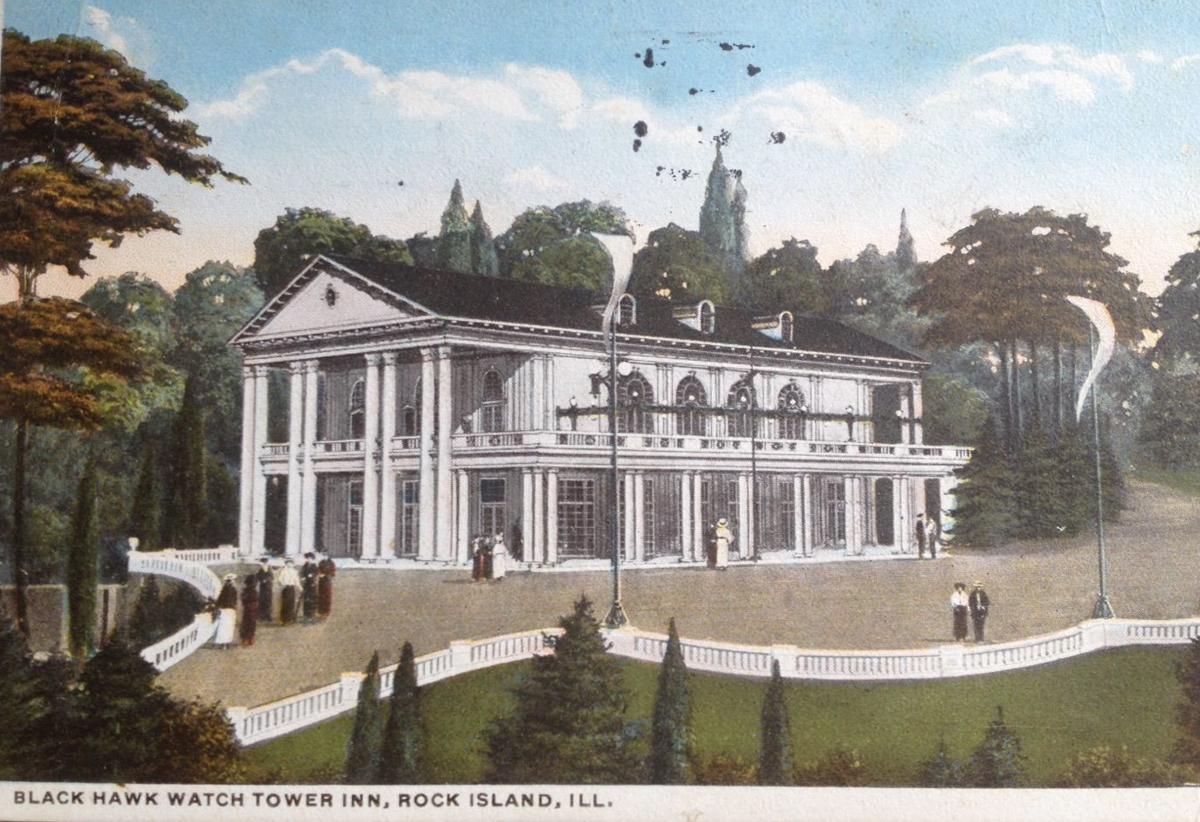 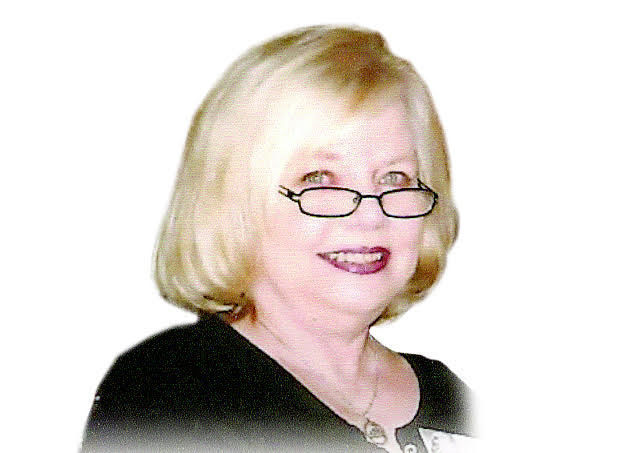 The popular Watch Tower pavilion, built in the 1880s, along with other inns built later, hosted many events and forms of entertainment such as dinners, dances and performances.

On July 5, 1915, the Rock Island camp Woodmen of the World entertained a series of summer dancing parties at the Watch Tower Inn, according to the Rock Island Argus. Bleuer’s orchestra played music for 125 couples that attended. The next of that series was scheduled for July 15.

The White Hussars, a brass band of nine, was a popular vaudeville group across the country at the time the Watch Tower was presenting vaudeville programs. It performed there twice a day in the middle of July 1915.

The band's experience included touring in lyceum and Chautauqua’s. They were on the Keith and United Vaudeville circuits for three years. “At Hammerstein’s and the Palace in New York they were the talk of the town,” said the Argus.

On Sunday, July 11, 1915, several hundred people gathered at the Watch Tower to hear the concert of the White Hussars when a storm broke, according to the Argus on July 14,1915.

“There were about 100 women at the resort, and they were thoroughly frightened as the storm reached its height and swept the bluffs along Rock River. Many were on the verge of hysteria and the management had its hands full during the 25 minutes the elements raged. Manager Stephenson ordered all his patrons onto the second floor in the dance hall. One of the employees played the piano and the music tended to quiet the frightened group.

“The storm seems to have broken when it reached Rock River Valley and this fact probably explains why the Watch Tower caught the brunt,” explained the Argus. “Not a drop of rain fell south of Taylor Ridge.” J.M. Sherierk, who oversaw the Weather Bureau in Davenport, said the rainfall was 1:39 inches, according to the mewspaper. The storm lasted 25 minutes.

Picnics were a popular activity at the Watch Tower. The annual picnic and outing of the Trinity Episcopal parish was held at the Watch Tower on July 13, 1915. The affair had been postponed several times due to inclement weather. A picnic dinner was served followed by a social hour.

“Miss Mildred Nessley, who has become quite popular throughout the Tri-Cities, has been engaged as an extra added attraction and will be seen at the Watch Tower Sunday, in her interpretative dance, The Moth and the Flame,” said the Dispatch.

“Tokio-Murato has been engaged to do his slide for life, from the top of Watch Tower Inn, for the entire week,” the Dispatch said. “This clever Japanese slides down the rope on his feet without holding to anything with his hands, or even a safety belt attached."

the singing fireman." Ray was a survivor of the Lusitania disaster and was going to talk about his experiences “in vivid form of the sinking of the Lusitania by a German submarine at sea,” said the Dispatch.

On Jan. 28, 1927, the Rock Island Argus wrote, "Dine and dance to your heart’s desire at the new tip top ballroom at the Watch Tower Inn.” There was to be dancing every Saturday night.

The Super Bowl's halftime show has left me reeling.

Column: Moderates are winning over Democrats

Most of the media focus after a presidential primary naturally falls on who won, who did better than expected, who quit and whose candle is da…

At this point, it feels futile to even try to use facts to debunk the half-truths and outright lies President Trump presented during his State…

Column: It's no longer the 'good old days'

As I often do when the weather is nice and the sun is shining in January or February, I grabbed my camera and went eagle watching the Sunday b…

R0: How scientists quantify the intensity of an outbreak like coronavirus and its pandemic potential

(The Conversation is an independent and nonprofit source of news, analysis and commentary from academic experts.)

Column: Praying for the 'other'

CHICAGO — Most Sundays at our church, "Pastor Leslie" begins service with a welcoming prayer asking for strength to "love our neighbors, all o…

This historic postcard, which is part of Marlene Gantt's extensive collection, features the Watch Tower Pavilion in what is now Black Hawk State Historic Site.