Ken Urban stands inside a silo made of glazed tiles, his hand on a tree that grew inside.

A tree grows out of the top of a silo next to a faded red barn. 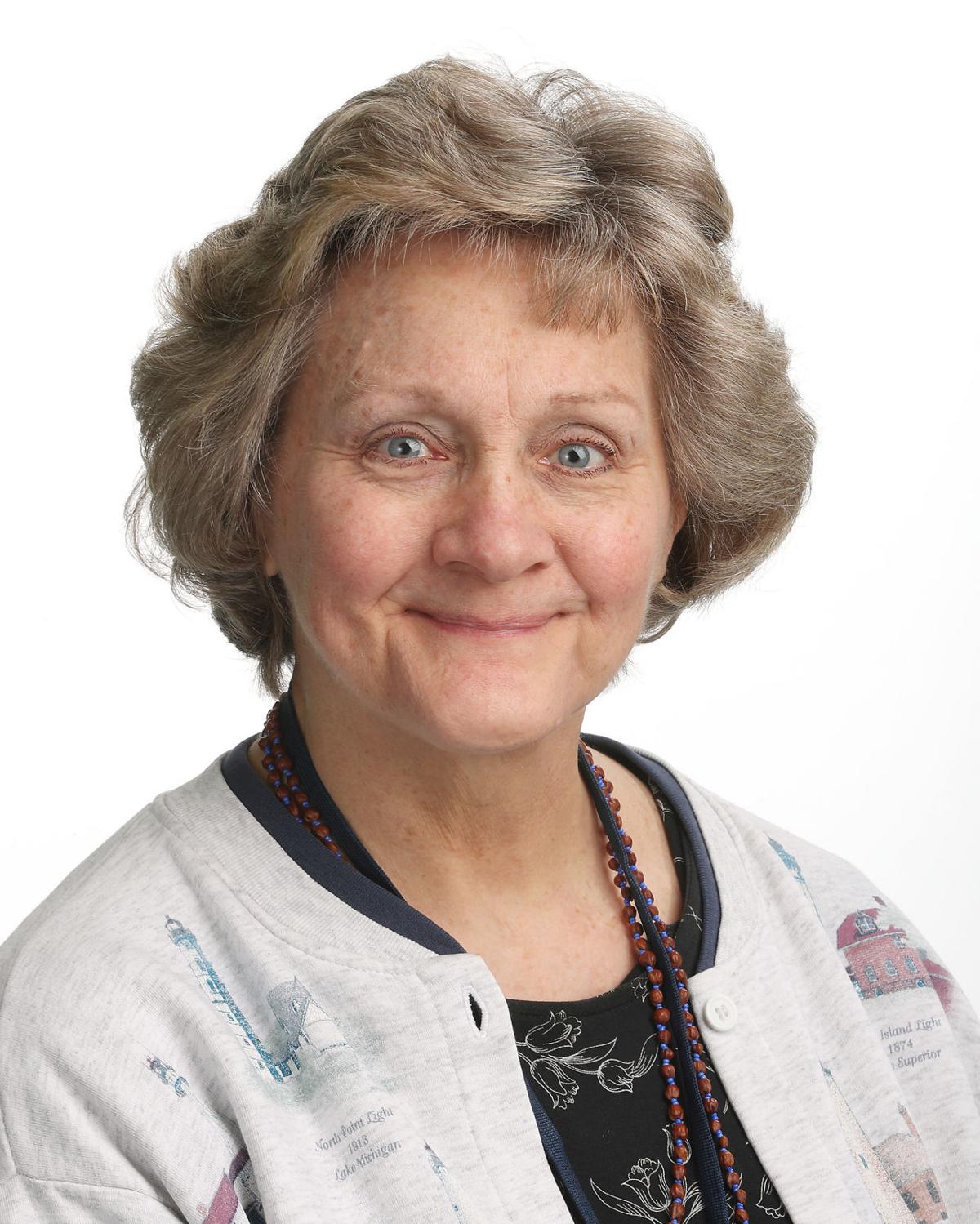 A silo with a tree growing out of the top stands next to a barn with tiger lilies in the foreground. The picture was developed on canvas and has a floating frame.

Look closely: This is a photo taken from inside a silo, looking up the chute where some of the doors over the silo openings are still in place. The image has been printed on metal that is mounted onto an actual silo door.

A recent exhibit at the Quad-City Arts Gallery in Rock Island had my name written all over it, as the saying goes.

It featured 41 photographs by Ken Urban, formerly of Davenport, now of Durant, Iowa, of farm silos with trees growing out of the tops.

Silos are the tall, cylindrical structures used to store chopped cornstalks called silage that, after a certain time of fermentation, is fed to animals. Silos were invented in 1873 by the son of an Illinois dairy farmer, but they aren't used much today. If a farmer makes sileage, he stores it differently.

But for someone who grew up with silos as an integral part of a functioning farmstead — along with a barn, corncrib and cattle and hog sheds — pictures of them tug at my heart.

It's much the same for Urban.

He grew up on a Wisconsin dairy farm and his family also used silos.

As an adult, traveling around the backroads of the Midwest — roads he prefers to interstates — he began to notice "almost accidentally" silos with trees. As a photographer who's been taking pictures for 40 years, he documented them.

He's found tree-growing silos in Iowa, Illinois, Indiana, Missouri and Wisconsin, and he says he's "got leads on others."

"They're fairly rare," he says. He had his eye on one off Barstow Road near the Rock River in Illinois that he intended to return to, but by the time he got back, it had been bulldozed.

"Quite often the silo is the only thing that remains of a farmstead," he said. "It's the only remnant of whether there ever even was a farm there."

While other old farm buildings were made of wood that deteriorates and slumps to the ground to eventually be taken away, silos were made of more sturdy material — clay or concrete blocks or cast concrete.

Since they don't take up much room, some farmers don't bother to remove them.

So, for Urban, documenting silos is documenting the changing rural landscape. As a news release announcing his exhibit says, "They capture and share a unique and intriguing story about the history of rural America."

The buildings of old farmsteads have a history and character that Urban finds photo-worthy.

"One hundred years from now, people won't be driving around looking at hoop buildings or pole buildings," he said, referring to structures one finds on today's farms as practices have changed.

In addition to the different materials with which silos were made, they sometimes had a pattern at the top that distinguished the manufacturer.

For farmers who still make sileage, instead of storing it in the vertical structures, they put it in concrete bunks or pile it up into a berm and wrap it in plastic, a construction Urban calls "silo sausages." When it's time to feed, an appropriate amount is taken out with an end-loader.

Urban's images are rendered in different forms. Some are conventional photo prints, matted and framed. Some are printed on canvas while still others are printed on metal, then mounted on an actual silo door.

Ah yes. This is something that I find difficult to explain to people unfamiliar with silos, but let me try. To fill a silo, sileage was blown in from the top via a long pipe.

In that way, the silo filled from the bottom up. But to empty a silo — that is to take out the sileage to feed to animals — it had to be emptied from the top down.

This was accomplished by tossing the sileage (either by hand or, later, a machine) out of the silo to a waiting wagon below through openings, or windows, that ran in a vertical row, every few feet, top to bottom. When a silo was being filled, these windows were sealed shut with doors. As the silo was emptied, these doors were removed, one by one, according to the depth of the sileage, so that it could be thrown out.

Today silo doors are fairly rare. As silos themselves fell out of use, the doors ... disappeared. I speak from experience here. On the farm where I grew up there remain two silos, but the doors? No one seems to know what happened to them.

Urban salvaged his doors from farms where silos were being taken down. In one case the structure had been damaged by a tornado and in another, the farmer no longer wanted to pay taxes on a structure he didn't use.

Although Urban's exhibit has ended, several of his works remain on display in the gallery's front window at 1715 2nd Ave. and a few are inside for sale.

They are part of the history of rural America.

Three barns in Scott County will be among the dozens open for self-guided tours Saturday-Sunday, Sept. 26-27, as part of the Iowa Barn Foundation's statewide tour.

In a normal year, the Visiting Artist Series of Quad-City Arts, Rock Island, would be well into its scheduled season of bringing artists — jazz bands, pianists, storytellers and dancers — to schools all around the area.

With grants, donations, its own reduced income and governmental assistance, the agency is surviving, putting offerings online and, in some cases, continuing with in-person opportunities with adjustments for health safety.

Ken Urban stands inside a silo made of glazed tiles, his hand on a tree that grew inside.

A tree grows out of the top of a silo next to a faded red barn.

A silo with a tree growing out of the top stands next to a barn with tiger lilies in the foreground. The picture was developed on canvas and has a floating frame.

Look closely: This is a photo taken from inside a silo, looking up the chute where some of the doors over the silo openings are still in place. The image has been printed on metal that is mounted onto an actual silo door.