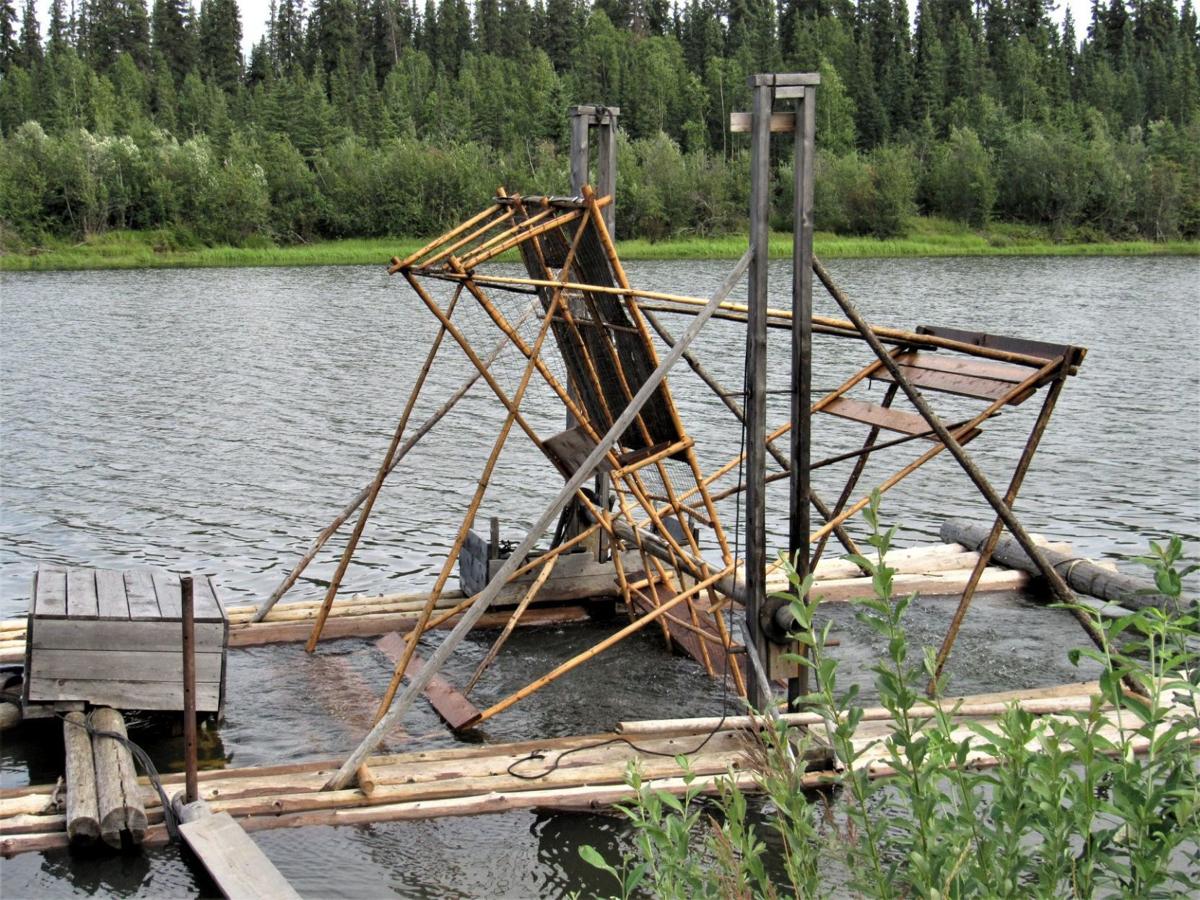 The Athabascan tribes of Alaska use fish wheels like this to scoop salmon from rivers. 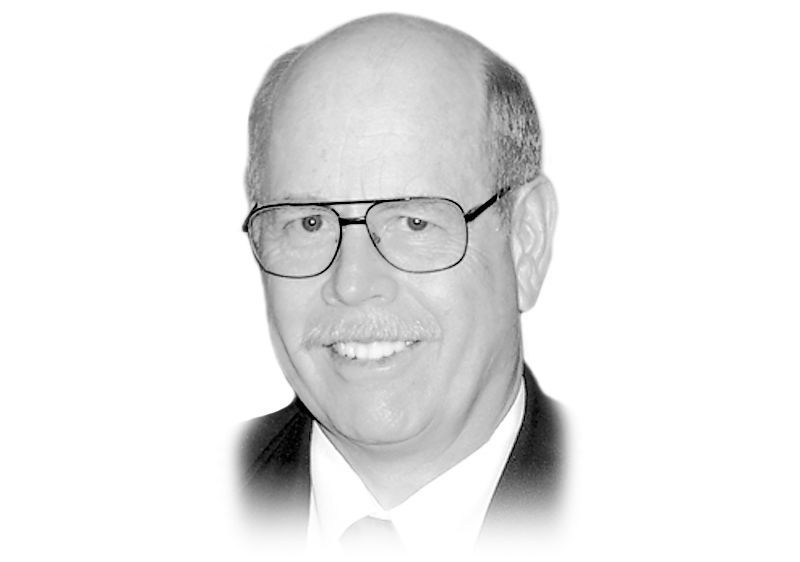 The Athabascan tribes (from whose language “Denali” comes, as was noted in last week’s column) traditionally lived along the rivers of central Alaska. Semi-nomadic, they would set up fish camps along rivers when the salmon were running.

We tend to think of Native American cultures as primitive. That is very misleading. Though early generations lacked many of the technological devices of modernity, they were nevertheless very technologically advanced in many ways.

An example of this is the fish wheel, which was used to scoop salmon out of the water as they were swimming upstream. Fish wheels were powered by the current of the river.

The fish that were scooped up by the fish wheel were then cleaned, fileted, partially dried on drying racks, and then smoked to preserve them for winter use — practices that continue to this day. The smoked fish were stored in small buildings built on pilings eight feet or so above the ground. That kept them away from wolves and other predators that lack the ability to climb trees.

Athabascan tribes have also preserved many other cultural traditions. During our visit, a tribal member modeled an absolutely beautiful fur parka made of the pelts of several different animals. It took six months for a tribal member to make it.

(Yes, I know that many animal activists are strongly opposed to making fur coats from the pelts of other animals. However, the Athabascan tribes and many other Native American tribes did this out of necessity as a means of surviving the bitterly cold winters of Alaska and other frigid winter climates.)

As is the case with many other Native American cultures today, Athabascan culture is a mixture of the new and the old. For example, the tribal member who modeled the fur parka is a college student studying to become an EMT.

This is also true of the Tlingits. The Tlingit village we visited has adopted new technologies when they are useful — a float plane was tied up to the dock — while preserving their cultural traditions.

We had the opportunity to meet two tribal members who were putting the finishing touches on a totem pole on which they had been working for five months. They were using only traditional Tlingit tools to carve the totem pole. As was the Athabascan parka, the totem pole they were carving was a thing of beauty.

As have the Athabascans and other tribal groups, the Tlingits have adapted to changing economic realities. Fishing is an important source of income for them. Their fishing boats are modern and boast state-of-the-art technology.

For a number of years, the Tlingits living in Hoonah owned a canning factory that processed the fish they caught. It was shut down when improved methods of shipping fresh fish to retailers in other parts of the country diminished the market for canned fish.

Today, the Tlingits living in Hoonah have discovered another lucrative market — cruise ships that dock at the pier they own. They are in the process of constructing another pier to accommodate this growing market.

As do the Athabascans, the Tlingits live in two worlds — the world of their traditional ways of life and the modern economically-driven world. The challenge they face is to survive in the latter while still preserving the former.

Daniel E. Lee is the Marian Taft Cannon Professor in the Humanities at Augustana College in Rock Island; danlee@augustana.edu.

Have you noticed what’s going on at Palmer College of Chiropractic recently? I have — and that’s not just because I graduated from Palmer, or …

Column: The speakeasy in the family room

It’s always precarious doing work on an old house. Once you pull up flooring, open up a wall, you never know what you’re going to find. You co…

Column: Prayer and the shortage of Catholic priests

Recently, the Catholic bishop of Peoria sent his representative to our parish to encourage vocations to the priesthood. He preached to a congr…

Public education is a study in competing inequities that parody each other while leaving the neediest behind.

Now that two cases of coronavirus have surfaced in Chicago, people in the Midwest are starting to pay closer attention to what authorities fea…

The Athabascan tribes of Alaska use fish wheels like this to scoop salmon from rivers.