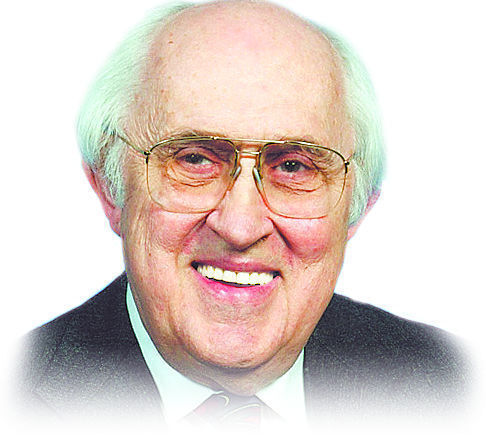 President Donald Trump stands on stage after speaking Tuesday at a campaign rally at Smith Reynolds Airport in Winston-Salem, N.C.

The 2020 presidential campaign got off to a roaring start last week. Labor Day serves as the traditional beginning of the gloves-off final stretch and it has thrust us into a contest that promises to get only wilder and angrier as we stagger to the November 3rd finish.

What makes this exercise in democracy especially difficult is that we aren’t quite sure what it’s about. The president launched his re-election bid with a Nixonian theme of law-and-order, pledging to save us from riot and rebellion. It worked in 1968; why not now?

Reinforcing his claim to be the man to restore peace are ongoing protests against police brutality and too-frequent, lethal use of guns. Some of his more militant followers help things along by trying to turn peaceful protests violent, even if they have to do the heavy lifting themselves.

All of this is working. Fear and anger are easily aroused and, once emotions are engaged, reason is short-circuited. After all, the chaos erupted during his term. Is he the hero likely to halt what he has had a hand in starting? A steady flow of words and daily doses of alarming events are being counted on to shut off critical thinking.

But, even in this first week of high-power campaigning, his theme is being challenged. The pandemic has re-asserted itself as a major worry and the subject of news coverage. Even worse, failure to do something about climate change is being seared into the public mind by fires, floods and out-of-control storms.

The president’s original plan, to coast to a second term on a solid economy, isn’t working as planned. People are beginning to understand that recent job increases aren’t making up for last spring’s catastrophic losses. Much of the emergency economic aid, advertised as help for small business, went to major corporations, and the stock market - for the average citizen - is a bad joke.

To quote Nobel economist Paul Krugman: "The stock market isn’t the economy; more than half of all stocks are owned by only 1 percent of Americans, while the bottom half of the population owns only 0.7 percent of the market." Besides, as Krugman points out, Trump didn’t create a booming economy; he inherited one which just kept going despite his clumsy exercises in tariffs.

Topping off all the adverse factors Trump has to face are a flurry of tell-all books from his niece, his legal fixer and "partner in crime," former employees, associates, and journalists. The most damning of these will surface this week: Bob Woodward’s "Rage," the culmination of 18 recorded interviews over several months. Woodward is a Republican, but obviously puts his profession ahead of his political affiliation.

The book’s early excerpts reveal that Trump knew exactly how dangerous and easily transmissible the coronavirus is as far back as early February, but has consistently downplayed it publicly ever since, and has done nothing to take control of what he knew was a deadly disease. It’s a good thing his most passionate fans prefer Fox TV to books.

How is an incumbent president to handle this avalanche of things gone wrong on his watch?

Trump is a persuasive and effective speaker. As a former speech teacher, I have to give him an "A" for style, if not for content. He has a strong voice, a commanding presence and has honed his delivery in years of acting as the star of a top-rated "reality" show. His TV fan base loves him.

He has learned one important technique: never stop talking. He pauses only for applause, keeping up a steady stream of crowd-pleasing subjects, jumping from one topic to another, giving his audience no time to consider whether or not he contradicts himself or is heading toward a considered conclusion. Even mixing in endless self-congratulation doesn’t deflate the power of the performance. He is a consummate showman.

His great advantage is that his followers see him as a disrupter, one who has no respect for conventional behavior, one who is quick to upset the norms of the presidency and thumb his nose at "the elites," whom the average worker has come to despise.

He is their agent of revenge against those whose college education has provided a clear advantage in achieving the good life, leaving them with falling income and fewer chances at success. It’s payback time and it feels good.

Lost in this tide of resentment is the fact that their president is serving the very people they disparage by steadily undercutting the institutions of government which serve them. His most noted achievement was signing the Tax Cuts and Jobs Act, which gave corporations and the wealthy a bonanza but produced few jobs.

The question is, can Trump stave off this blizzard of negativity and ride back into the oval office as the Law and Order President?

It’s a long shot, but his allies in Republican states have limited the ability of those who oppose him to vote. The Russians are all in, as are white nationalists and fundamentalist Christians, who would vote for the devil if he agreed to eliminate abortion. The kerfuffle over voting by mail gives him a mechanism for tying up losing votes in court.

The minuses may be piling up, but he won in 2016 without intending to. This time, he’s desperate. He’s not going down without a fight.

Don Wooten is a former Illinois state senator and a regular columnist. Email him at: donwooten4115@gmail.com.

The story Susan McPeters sent in about her lost tree reminded me of another story she once told me, related to Quad-City history.

The first question on the first day of the Equity Challenge had me stumped.

Column: Clouds on the horizon

Toward the end of my time in the Illinois Senate, I received a request for a meeting from a young man heading a group of young German conservatives. They had come to this country to witness American democracy in action at the national and state level.

Column: Grassley is no 'farmer from Iowa'

In 2014, Bruce Braley famously warned a roomful of lawyers about the prospect of a "farmer from Iowa" taking the helm of the Senate Judiciary Committee.

I respectfully ask voters to cast a No vote against Thomas Kilbride in this election. Kilbride has already been a state Supreme Court judge fo…

Illinois Supreme Court Justice Thomas Kilbride is up for retention on the November 3, 2020, ballot. At least 60% of the voters must vote "Yes" in order for Kilbride to retain his seat.

Column: Developing a vaccine is just the first step

With multiple vaccine candidates in the late stages of clinical trials, it may seem that an end to the COVID-19 pandemic is just around the co…

Column: A righteousness of heart

Since 1936, America has set aside the last Sunday of September to honor those mothers who have made the supreme sacrifice: losing sons and daughters in service to our nation.

President Donald Trump stands on stage after speaking Tuesday at a campaign rally at Smith Reynolds Airport in Winston-Salem, N.C.