The Illinois Senate on Monday approved a wide-ranging energy policy overhaul that sets ambitious goals for a carbon-free future and staves off the threatened shutdown of one of the state’s six nuclear power plants, handing Gov. J.B. Pritzker a key legislative victory heading into his reelection bid.

For the Republicans seeking to challenge Pritzker next year, the bill offers an opportunity to tie the first-term Democrat to power bill hikes that will in part go toward a nearly $700 million bailout of three nuclear power plants owned by the parent company of scandal-plagued Commonwealth Edison.

With 36 votes needed for passage, the Senate voted 37-17 to approve the package at a pivotal moment: ComEd parent Exelon said it would begin shutting down its Byron nuclear power plant Monday if lawmakers didn’t approve the deal.

Exelon confirmed following the vote that it was preparing to refuel its Byron and Dresden nuclear plants.

After negotiations dragged throughout the summer, House Democrats and Pritzker struck a deal last week, with key support from labor unions and environmental groups. The House on Thursday sent the latest version of the plan to the Senate for final approval on a bipartisan 83-33 vote.

The package now heading to the governor’s desk goes well beyond the bailout for Exelon’s Byron, Dresden and Braidwood nuclear plants, and Pritzker and other supporters have hailed it as a crucial step in the state’s effort to battle climate change.

“We understand the dangers to our environment, the very real threat of climate change and the need to do something now to protect our future,” Senate President Don Harmon, an Oak Park Democrat, said before Monday’s vote.

The measure aims to put Illinois on a path to 100% carbon-free energy by 2050, with coal, oil and natural gas-fired power plants scheduled to close over the coming decades. It also seeks to boosts the development of wind and solar energy across the state, put more electric vehicles on the road, and make it easier for Black and Latino workers and businesses to enter the renewable energy industry.

After ComEd admitted in federal court last year that it engaged in a yearslong bribery scheme in an effort to advance its Springfield agenda, including a bailout for Exelon’s Clinton and Quad Cities nuclear plants in 2016, the proposal includes provisions intended to prevent future misdeeds.

Public officials will be required to disclose if their immediate family members work for utilities. The Illinois Commerce Commission would create a new position to monitor ethics and compliance at the utilities, which also would have to create their own ethics officers to report to the agency annually.

Sign up for The Spin to get the top stories in politics delivered to your inbox weekday afternoons.

The proposal also would prohibit ComEd from forcing customers to pay for any criminal penalties associated with an ongoing federal corruption probe.

Supporters say the proposal would end one of ComEd’s key legislative victories during the era of its bribery scheme: so-called formula rates, which allowed the company to reap higher profits from customers as it spent more on energy grid upgrades without than having to get state approval for a rate hike.

Consumer advocates dispute that claim, arguing that the plan would extend policies that guarantee profits for ComEd and downstate utility Ameren Illinois.

Those policies would be more costly to power customers in the long run than the nuclear plant subsidies, said Abe Scarr, director of the Illinois Public Interest Research Group.

Exactly how much the plan will cost power customers is an open question, with various estimates for the increase to the average residential customers’ bill ranging from about $3 per month to as much as $15 per month. The ICC, which regulates utilities in the state, has not yet completed an analysis of the cost to power customers.

“The fact is no one knows how much this piece of legislation is going to cost Illinois ratepayers, but we do know it will be borne by all ratepayers in the state,” Republican state Sen. Don DeWitte of St. Charles said. “I guess what we’re seeing and hearing today is that we’ll just have to watch our friends across the aisle pass this legislation and then we’ll find out.”

'Grandma knows the law' — YouTube personality gets arrested in Muscatine

MUSCATINE – A YouTube personality was arrested Monday afternoon at the Muscatine City Hall during a livestream after being told to leave the building several times.

“It’s sad,’’ said Patrick Deignan, an Evanston spokesman. “This time of year the water can be really unpredictable, even on a beautiful day.”

8 things to know about getting your flu shot this year

Medical experts warn the approaching flu season could be particularly severe, renewing fears of a potential “twindemic,” with COVID-19 still spreading across the country.

Prosecutors on Sunday accused a longtime academic in sports exercise and rehabilitation of hurling racial slurs and spitting at a Black woman parked outside an Oak Park Jewel store in front of the woman’s young child.

Illinois players couldn't board bus because they had Mexico flag

The Rock Island High School soccer team had to reschedule a game Thursday after the team stood together in support of players who weren't allowed on the bus while holding a Mexican flag.

Officials warn that Lake Michigan beaches are closed to swimming 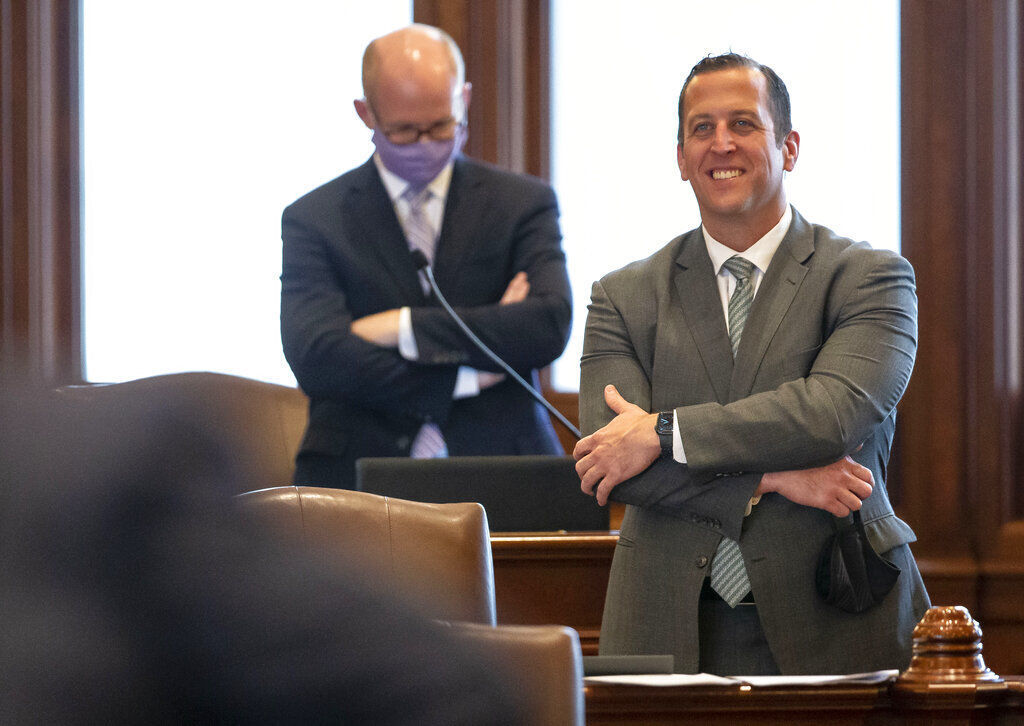 Illinois State Sen. Michael Hastings, D-Frankfort, smiles as the votes come in for Senate Bill 2048, a comprehensive energy proposal, on the floor of the Illinois Senate at the Illinois State Capitol in Springfield, Ill., Monday, Sept. 13, 2021. (Justin L. Fowler/The State Journal-Register via AP) 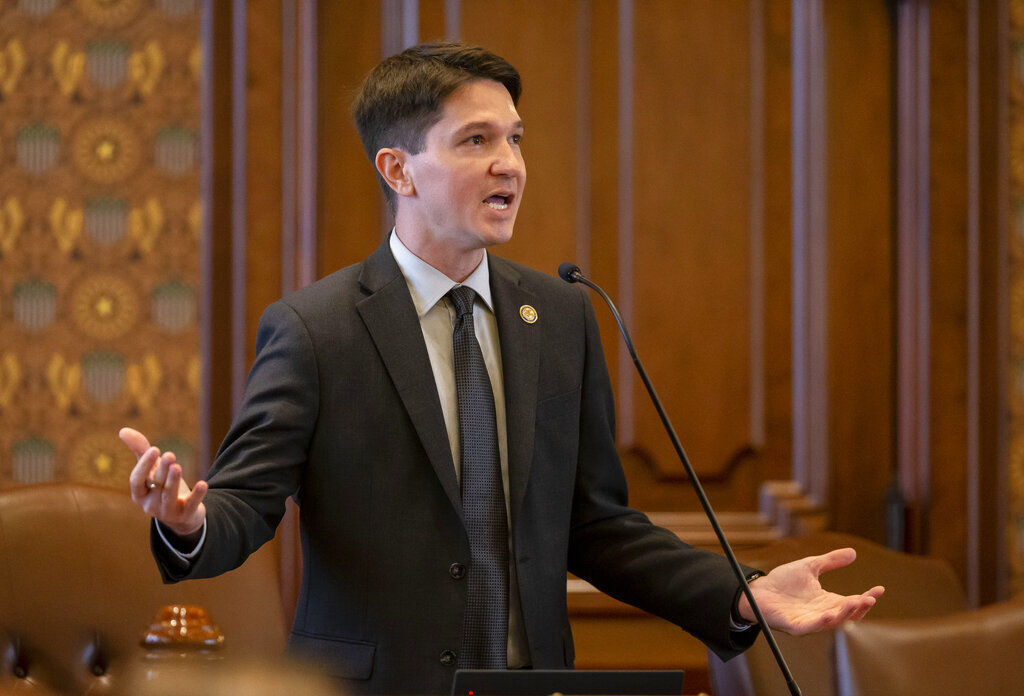 Illinois State Sen. Steve McClure, R-Springfield, asks questions about what type of electric vehicles qualify for a tax credit during debate of Senate Bill 2048, a comprehensive energy proposal, on the floor of the Illinois Senate at the Illinois State Capitol in Springfield, Ill., Monday, Sept. 13, 2021. (Justin L. Fowler/The State Journal-Register via AP)