SPRINGFIELD, Ill. — The splashy, $6 million Illinois tourism campaign Gov. J.B. Pritzker unveiled this month, "Time for Me to Drive," an anthem set to the 1970s REO Speedwagon mega-hit and touting hot spots from historic Galena to the Shawnee National Forest, ignores a key factor: The state's price for gas is among the highest in the country.

AAA reports that the average price per gallon in Illinois Tuesday was $3.22. While lower prices in the past have sent lawmakers scurrying to special session to take action, Pritzker seemed unconcerned that the current price might leave summer road trips off the to-do list for some families when asked about it last week.

But so, apparently, are tourists. Despite a national average that tops $3 per gallon for the first time since 2014, AAA estimates that 34 million people will travel by car this Memorial Day weekend, down about 8% from the 37 million who took to the road in 2019, but up by more than half from the number packing the hatchback during the deadly early throes of the COVID-19 pandemic last year.

It's even taken on a name: "Revenge" travel, said AAA spokeswoman Jeanette McGee.

"People have pent-up demand, they have discretionary income saved up, and they have the time off..." McGee said. "People are going to continue to travel this year, regardless of gas prices."

Pritzker was unfazed by the price hike's impact last week when he announced the annual road program, folded into his ongoing $51 billion "Rebuild Illinois" plan adopted in 2019, which relies in part on a doubled motor fuel tax that will hit 39.2 cents per gallon July 1. He defended the tax as a fair, improved-roads user fee and said gas-price fluctuations are tied to outside "public markets" when asked whether families would embrace his "Time to Drive" campaign with gas so costly.

"It's 'Time for Me to Drive,'" Pritzker corrected, "and it's a great song by REO Speedwagon from Champaign. I hope everybody will get out this summer and drive."

The "Time for Me to Drive" title is a take-off of the 1978 hit by REO Speedwagon, formed at the University of Illinois in 1967. "Time for Me to Fly" was written by frontman Kevin Cronin, who explained in a 2017 interview that it's a simple redux on a painful breakup with a high school sweetheart which sent him escaping to Colorado.

No word on whether he drove. But those who do this summer will have to roll with the changes.

Jane Carrington of Petersburg said she took her camper last weekend to her son's home in eastern Illinois and parked it there for the summer for regular visits with her grandsons, ages 6 and 1.

"Usually, I bring it back and forth," she said. "Not now with these gas prices!"

Ironically, the per-gallon price hovered at $2 statewide in June 2000 when then-Gov. George Ryan called a special session of the Legislature to ease taxpayers' pocketbooks by removing the state's 5% sales tax on fuel for the second half of that year. Illinois is among only a few states to charge sales tax as well as a motor fuel tax.

While price spikes rarely discourage travel, tourists do scale back, McGee said. They don't go as far, they take in more free activities, they eat out less.

Tricia Sprague and husband Doug of Decatur postponed a planned camping trip to Florida earlier this spring because of the Sunshine State's chilly temperatures. When gas spiked, they considered going west, then east, and encountered the same high prices. Now planned for 15 days in late June and early July, they'll haul the camper at 8 mpg, rely on a camping association membership that allows for parking along the way, and stay in Florida's panhandle just four days.

"We'll just kind of zigzag around, depending on what looks interesting, and where there's good weather," Sprague said. "And we're planning on driving about only four or five hours a day, so we're kind of justifying the price of gas by making the travel part of the trip."

Armchair travelogue: Visit Central Illinois from the comfort of home

Museum of the Grand Prairie

Daughters of Union Veterans of the Civil War Museum

Grand Army of the Republic

The tallest cliff in the Solar System is one steep drop

The tallest cliff in the Solar System is one steep drop

WH turns focus to getting under 30 vaccinated

WH turns focus to getting under 30 vaccinated

DAVENPORT — Jeno Berta, the 83-year-old man who is retiring and selling his Davenport bar, said he has been living the American dream since he came here in the 1950s, but that a recent surprise was something that he “could never have dreamed.”

In a defeat for Mayor Lori Lightfoot, Illinois House approves shift to elected Chicago school board

The Illinois House delivered a rebuke to Mayor Lori Lightfoot on Wednesday by approving legislation that would shift control of Chicago Public Schools from the mayor to an elected 21-member school board by 2027.

Mayor Lori Lightfoot fueled her political ascent with promises to reform policing, but after two years under her guidance the Chicago Police Department’s present looks much like its past.

DES MOINES — Maybe unbeknownst to many Iowans, they have been discarding tens of millions of dollars one nickel at a time.

Column: The Bears might move to Arlington Heights? The suburbs are back, baby!

I can’t lie. For a while it was rough out here in the suburbs.

Illinois' primary election will be moved from March to June next year under a voter access expansion recently signed into law by Gov. J.B. Pritzker.

People targeted by a campaign robocall from former Gov. Bruce Rauner since his first campaign in 2014 will be eligible to earn a portion of a $1 million settlement agreement.

Democrats decry a ‘racist tone’ of last legislative session. New ‘back the blue’ law supports police, cracks down on protesters

JOHNSTON — Flanked by a roomful of uniformed law officers from around Iowa, Gov. Kim Reynolds on Thursday signed a “back the blue” bill that boosts support and legal protections for law enforcement as well as increases punishments for people convicted of rioting and makes it easier to charge protesters with crimes. 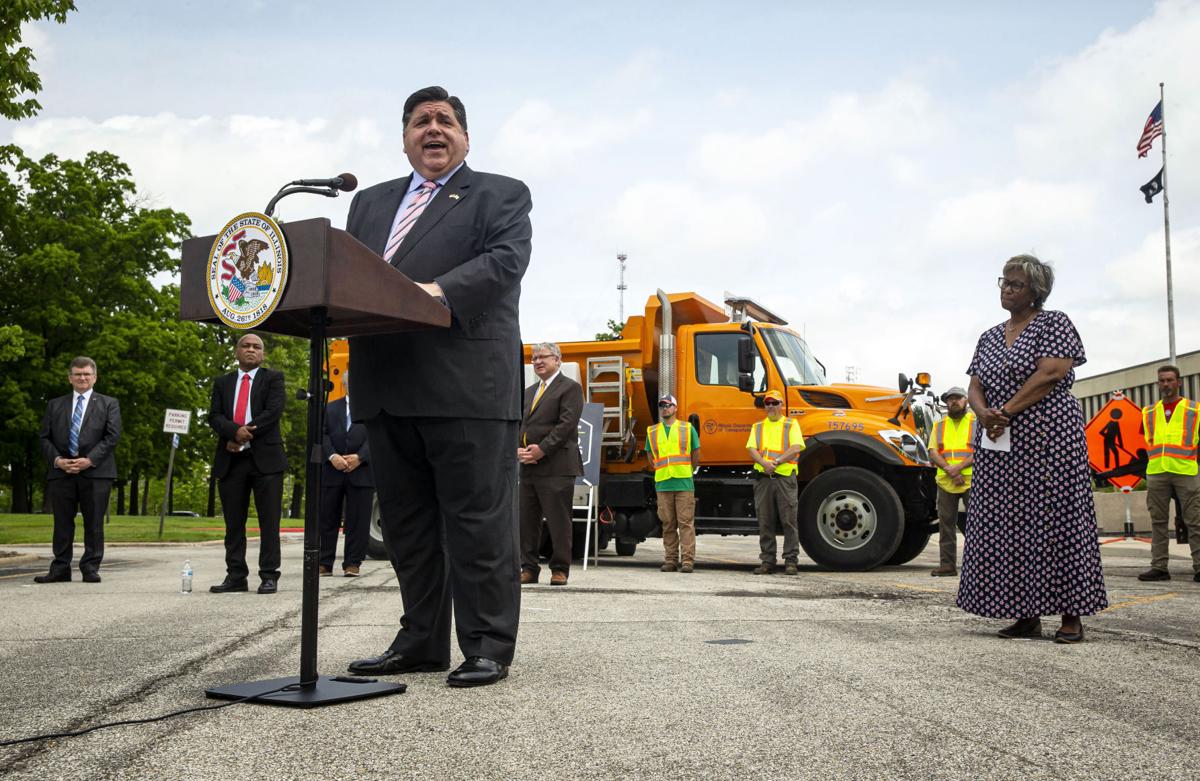 Illinois Gov. J.B. Pritzker speaks during a press conference at the Illinois Department of Transportation in Springfield on May 19. Pritzker this month unveiled a $6 million Illinois tourism campaign, "Time for Me to Drive," encouraging summer road trips. 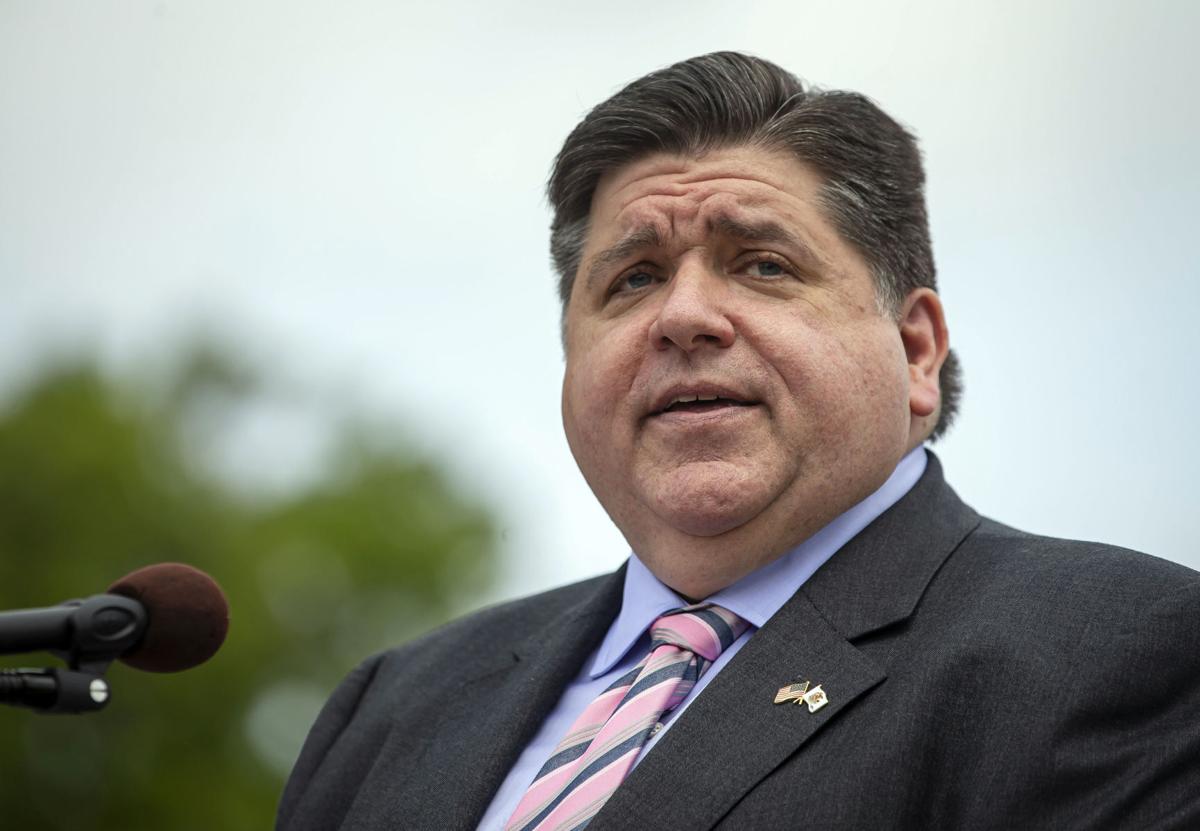 Illinois Gov. J.B. Pritzker speaks during a press conference at the Illinois Department of Transportation in Springfield on May 19. 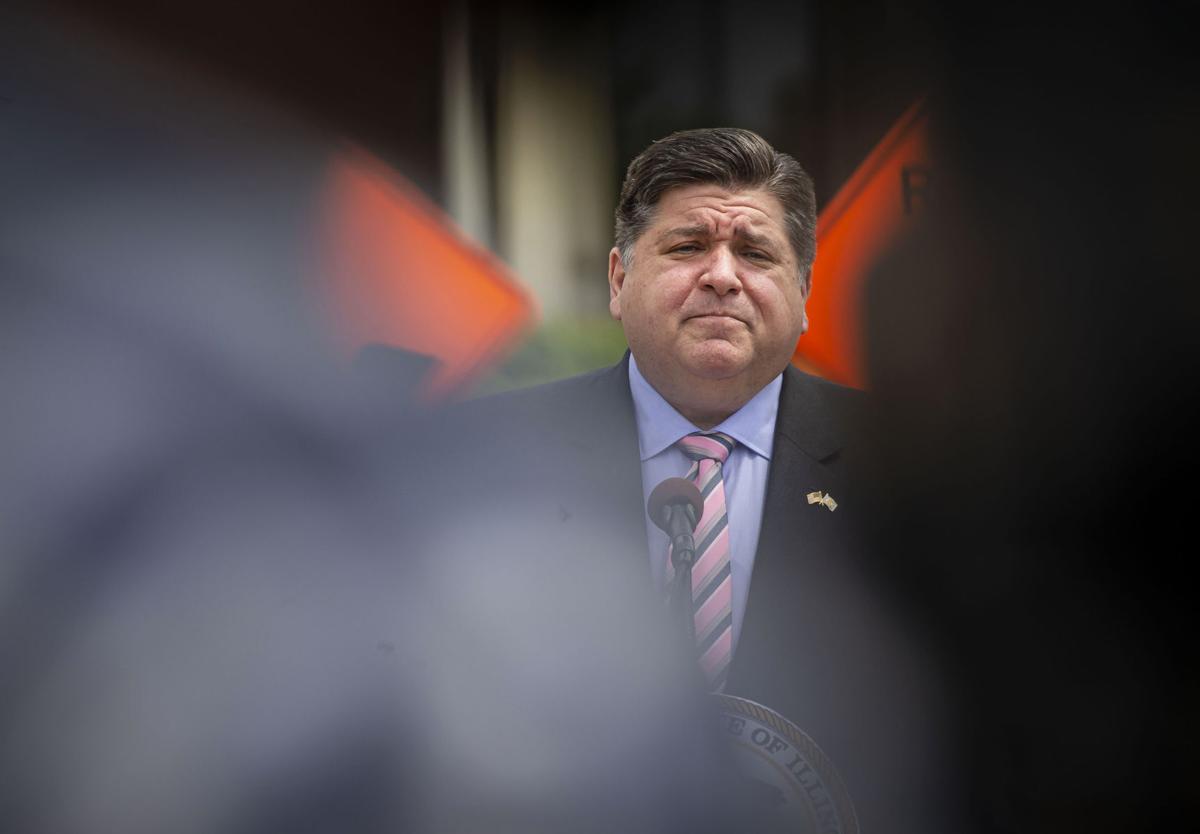 Illinois Gov. J.B. Pritzker listens to questions from the media during a press conference at the Illinois Department of Transportation in Springfield on May 19.