A decades-old Illinois law that opened HIV-positive people to felony charges for failing to inform partners before unprotected sex was repealed Tuesday, and access to insurance coverage for infertility treatment for LGBTQ couples and would-be single parents was expanded.

The changes were part of a package of legislation Gov. J.B. Pritzker signed into law that also included measures to make it easier for couples to receive marriage certificates with gender-neutral language, and to get new certificates if one or both legally change their names subsequent to the initial document being issued.

The legislation, signed by Pritzker at the Center on Halsted in Chicago’s Lakeview neighborhood, further burnished the Democratic governor’s progressive bona fides as his campaign for a second term next year gets underway.

Taken together, the measures “advance Illinoisans’ ability to live the fullest lives as their truest selves,” Pritzker said.

The repeal of the law criminalizing HIV exposure is effective immediately.

Previously, Illinois was one of 37 states that criminalized HIV exposure in some form, according to a review last year from the Centers for Disease Control and Prevention. A mix of Democratic- and Republican-controlled states — California, Colorado, Iowa, Michigan, Missouri, Nevada, North Carolina and Virginia among them — have updated their laws in recent years, but Illinois becomes the first state to fully repeal its law since Texas did so in 1994.

Under Illinois’ now-repealed law, a person did not have to actually transmit HIV to be charged, and could face up to seven years in prison if convicted. Since 2012, 22 people have been charged.

“With the stroke of the governor’s pen today, people living with HIV can now breathe a sigh of relief knowing that our medical condition will no longer be criminalized,” said Timothy Jackson, director of government relations for AIDS Foundation Chicago, who said he has been living with HIV for nearly 12 years.

The AIDS Foundation and other organizations advocated for the repeal, which was approved with bipartisan support in the House but along party lines in the Senate. Advocates argued the law did nothing to protect public health and instead stigmatized people who were infected with the virus.

“We know the most effective way to address the HIV epidemic is through testing and treatment,” Jackson said. “However, HIV-related stigma, discrimination and criminalization act as barriers to the state’s goal of ending the HIV epidemic in Illinois by 2030.”

In addition to facing possible prosecution for having unprotected sex, HIV-positive people also could be charged under the previous law for sharing needles or donating organs or bodily tissues and fluids.

Beginning Jan. 1, some insurance plans in Illinois will be required to provide coverage for infertility treatments for LGBTQ people, prospective single parents and women with certain health conditions. The law also reduces the amount of time women older than 35 must try conceiving before receiving coverage to six months from a year.

The bill’s sponsor, Democratic state Rep. Margaret Croke of Chicago, estimated the new law will apply to about 20% of insurance plans in the state, because plans based out of state or the self-funded plans offered by many large employers are often not regulated by state laws.

The change was inspired by Dr. Zachary Marcus, an Evanston pediatrician who was seeking to start a family with his husband and brought the issue to Croke’s attention, she said.

“It was a gut punch,” said Croke, who called the birth of her now-18-month-old son “the best thing that ever happened to me.”

“Because Dr. Marcus shared his story with me all those months ago, we are expanding insurance coverage to so many Illinoisans and sending a strong message that Illinois is a place where all families are welcome,” she said.

The change was opposed by some Republican lawmakers including Rep. Tom Morrison of Palatine, who called it “an expansion of people being commodities” during the House debate. Others argued that it would further raise the already high cost of health insurance in the state.

Two other measures Pritzker signed into law Tuesday would allow people to receive marriage licenses without any gender-identifying language — swapping “bride” and “groom” for “spouse,” for example — and create a uniform process for updating marriage certificates to reflect legal name changes. The former is effective Jan. 1, while the latter takes effect immediately.

The Senate sponsor of the two measures, Democratic Sen. Sara Feigenholtz of Chicago, said Illinois stands apart as other states debate and enact “tons of anti-transgender and anti-LGBTQ legislation.”

“But Illinois is a beacon,” said Feigenholtz, whose district is home to the Northalsted neighborhood, formerly known as Boystown, long the epicenter of Chicago’s LGBTQ community. “We stand as a progressive state. ... We stand for justice.”

12 important moments in the history of the gay rights movement

On the front lines

Check out these amazing secret tunnels built under Liverpool

Biden: We have to act now on climate change

Biden: We have to act now on climate change

The coronavirus pandemic is not a Democratic or Republican issue, Iowa Democratic leaders said Friday, though responses from them and their GOP colleagues to President Joe Biden’s vaccination mandates were decidedly partisan.

Forty-seven Illinois public school districts have been placed on suspension for refusing to enforce a mask mandate, although all but four have since agreed to comply.

Available for order online at a premium of $69 each, $25 goes to public schools in the program made law in 2002. Since taking effect in 2010, the program has produced just over $13 million for schools.

Illinois Board of Ed defends punishment over mask mandate violations

Lawmakers are asking the Illinois State Board of Education to clarify the process of punishing schools that don’t follow Gov. J.B. Pritzker’s mask mandate.

With the Iowa Supreme Court’s blessing, state lawmakers will meet Oct. 5 to begin their part of creating new congressional and legislative election districts to reflect population changes shown in the latest 2020 census that arrived too late to meet constitutional deadlines.

Jerry Nowicki and Peter Hancock analyze the massive energy overhaul bill that passed out of the House during a one-day return to session. Plus, a tribute to the heroes of 9/11.

Winning ideas in a design contest for the future of Chicago's Thompson Center: a school, a vertical neighborhood and a water park. 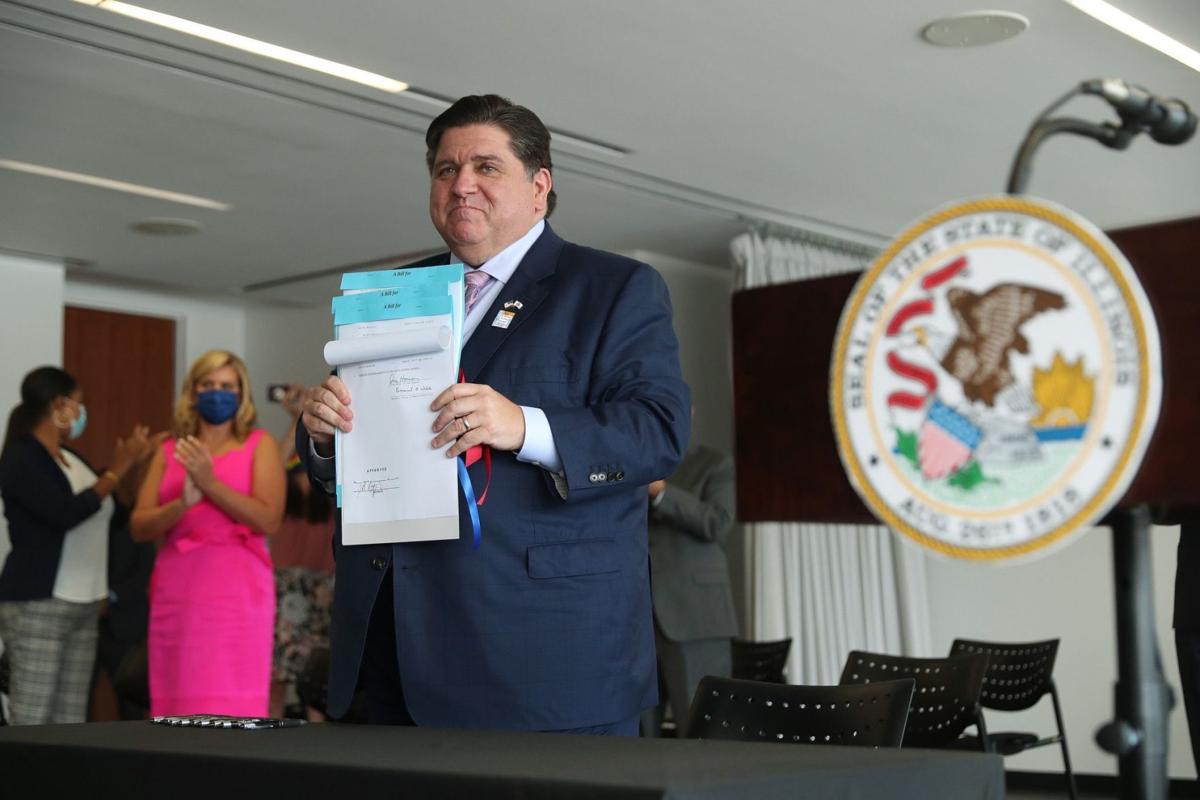 Gov. J.B. Pritzker displays legislation he signed into law that improve the LGBTQ+ community, in addition to repealing an HIV criminalization law on Tuesday in Chicago. 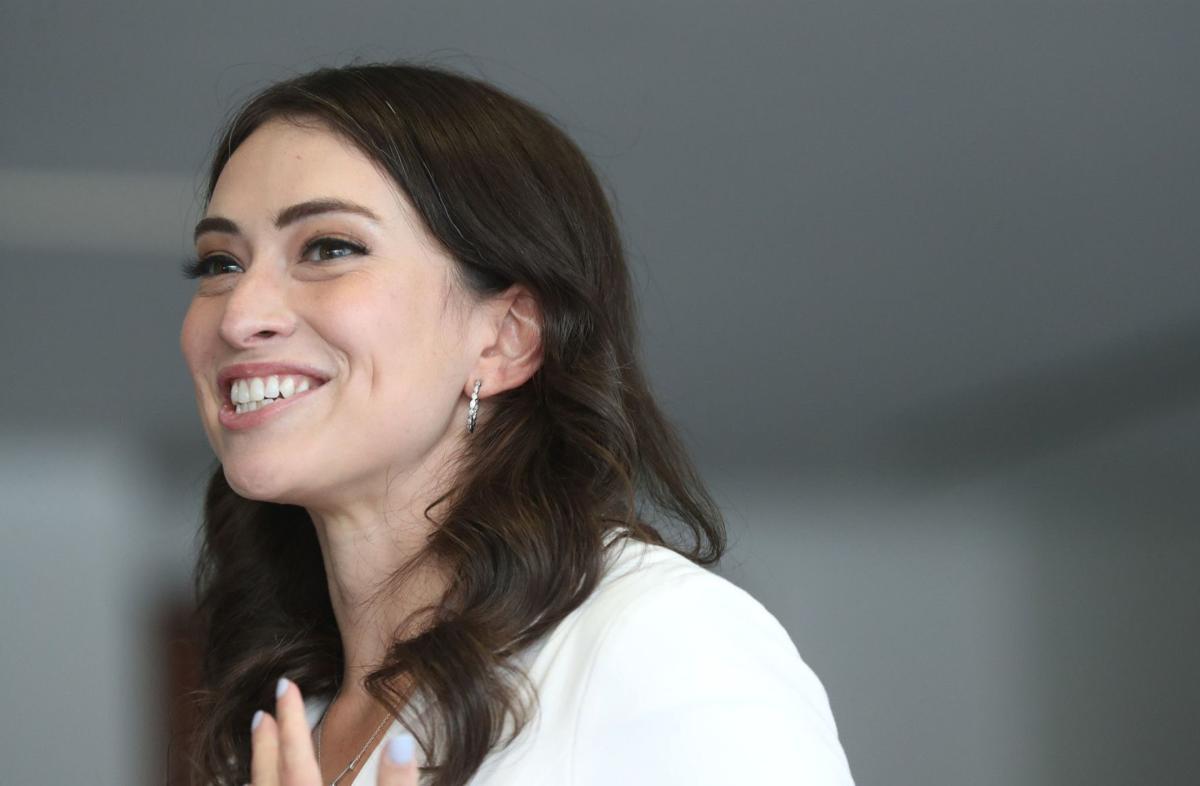