Illinois Supreme Court Justice Rita Garman announced Monday that she will retire in July after serving on the state's high court for more than two decades.

Garman, a Republican from Danville, was appointed to the Supreme Court in 2001 representing the Fourth District, which covers much of Central Illinois. She was elected in 2002 and retained in 2012. She would have faced another retention election in November.

"There is no doubt that I have had the role of a lifetime, a privilege to serve the people of the state of Illinois as a member of the court system at every level," Garman said in a statement released by the court. "But this is the right time for me to step back from my public role and allow someone else to assume this all-important position."

From 2013 to 2016, she served as Chief Justice of the Illinois Supreme Court.

Garman, currently the longest-serving judge in Illinois, said she faced many uphill battles during her career, including sexism, once being told by a law professor that she should give up her seat to "a more deserving male candidate, who would have a family to support.”

"Today, I am proud that these opinions are a relic of the past," she said, pointing to the fact that 40% of lawyers in Illinois are now woman.

Since Garman's retirement will come after the June 28 primary, members of the Illinois Supreme Court will appoint a replacement who will serve until the vacancy is filled in the 2024 election cycle, confirmed Matt Dietrich, spokesman for the Illinois State Board of Elections.

Since state law requires a replacement to be a member of the same political party, Garman's seat will be filled by a Republican. Candidates interested in a full 10-year term will run in primary elections to be held in 2024.

An added wrinkle to Garman's retirement is the change in Supreme Court district lines. State lawmakers successfully redistricted the court's five districts for the first time since the 1960s last year, an attempt by the legislative Democrats to keep the party's narrow 4-3 majority on the court while accounting for significant population disparities that developed over the years.

As part of that, Garman's Vermillion County home was drawn out of the new Fourth District. The district still includes Central Illinois population centers like Bloomington-Normal and Springfield, but now picks up Peoria, the Quad Cities, Rockford and wider swaths of western Illinois as well.

How Illinois politicians reacted to the potential fall of Roe v. Wade

Hell no! In Illinois, we trust women. We cannot let their most profound and personal rights be violated. https://t.co/ksvR0vkgw1

When we heard the incredible news tonight we dropped to our knees and said a prayer as a family in gratitude for all the lives that will be saved. And then we said the pledge of allegiance. The flag looks different after this ruling - it shines even brighter. 🙏🏻🇺🇸

I never thought I’d actually live to see this awful f-ing day and I’m enraged - absolutely lividly enraged down to my tiniest blood cell - that I have. https://t.co/t0beu2Gh0E

We are the pro-life generation. https://t.co/y9jTkOzwSn

The draft opinion overturning Roe v Wade allows for the criminalization of abortion-even in the case of rape and incest. Massive setback for reproductive rights. Alito is “egregiously wrong” and Congress must act NOW. https://t.co/JDNEy0RrVK

“It is time to heed the Constitution and return the issue of abortion to the people’s elected representatives.”

Thrilled to read this preview of what’s to come from SCOTUS.

Even when you know it’s coming, a punch in the gut still hurts. I’ll have more to say soon, but tonight I’m going to allow myself to feel that punch. https://t.co/Fh6wN1x7bn

“Some such supporters have been motivated by a desire to suppress the size of the African American population,” Alito writes “It is beyond dispute that Roe has had that demographic effect. A highly disproportionate percentage of aborted fetuses are black.” https://t.co/WHocDMO7vJ

"It's a draft opinion, but the extremist majority on the Supreme Court appears to be engaging in an attack on American women that undermines Constitutional freedoms....#SCOTUS #RoeVWade #IL17

Gut wrenching and all too real. Women, girls, trans men, and non-binary people across our country will lose their lives as a consequence of this decision.

Going to bed early so we can rise early and continue the work. https://t.co/QCkVAf4e4Y

If the draft opinion is accurate and the Supreme Court is about to overturn Roe—and with it, nearly 50 years of established precedent—millions of women across America will be denied their rights and America will be less free. We are staring down an emergency.🧵

Our Justices need your prayers to stand up to the radical abortion industry and Defend Life!

The unborn have no voice to speak for themselves, we march for them and tonight we must pray for them!

Let’s be clear: this is not final and the far-right Supreme Court majority will not have the last word.

The American people will. Tonight, it’s important we get loud, organize and demand action from the Senate.

What we're seeing tonight on Roe v. Wade is a horrendous attack on our fundamental right to choose, and we will fight against it with everything we've got. You have my word: I will do everything I can to guarantee your right to an abortion.

The leaked SCOTUS opinion on Roe v Wade will set women’s rights back generations. Black women & those living in rural areas will be worst impacted.

We must codify the right to safe abortions.

Put pro-choice majorities in the House and Senate this November and we fix this, permanently.

And tomorrow, get to work.

Read my statement on the likely SCOTUS decision here. We'll fight every day to win this seat and protect reproductive health.https://t.co/LLN0FuyiqZ

This is just wrong!!! But I’m glad we live in Illinois where we trust women! https://t.co/UkugB9nsjM

As a Pro-Life lawmaker, I’ve long advocated for an end to the Roe decision. It was wrong from the beginning, and I hope the Court’s pending decision empowers states to enact pro-Life laws and protect the unborn. https://t.co/eE13wUSkQb

1/3 Cindy and I continue to pray for life and our nation. I am proudly pro-life and endorsed by every major pro-life group in the state. I have stated from the beginning that I would help and promote policies and groups that help empower women with real options and save lives. pic.twitter.com/xMvilIQzqn

Although it is just a draft opinion, it appears that the
United States Supreme Court is about to reverse Roe V. Wade. which has allowed for the murder of thousands of unborn children.

"Women in America may soon live in a country where they have fewer rights than their parents."

WATCH Chair @SenatorDurbin speak on the Senate floor about what a post-Roe America could look like—and how the Republican party led us here. pic.twitter.com/66MkBn8QJZ

In Kankakee visit, Biden spotlights role of US farms

Biden toured the 800-acre O’Connor Farms in Illinois with its owners, Jeff and Gina O’Connor.

Kankakee family welcomed President Joe Biden to their farm, but first, some soybeans had to be planted

Jeff O’Connor was up at 4 a.m. Wednesday, the day the president of the United States would be visiting his farm. “It’s planting season,” he had told his wife, Gina, when she gently chided him about worrying whether the visit would take up too much of the day during such a busy time on the farm.

For those polled who have picked a candidate, Aurora Mayor Richard Irvin had the lead, followed by state Sen. Darren Bailey.

Irvin has largely stayed away from earned media and in-person forums with his fellow candidates, instead relying on a deluge of television and digital ads along with mailers to get his message out.

U.S. Rep. Michael Quigley on Tuesday endorsed Alexi Giannoulias in a highly contentious race for the Democratic nomination for Illinois secretary of state.

Saturday’s outpourings join a wave of pro-abortion rights protests washing over the country currently in light of a leaked draft of a Supreme Court ruling that previewed the overturning of Roe v. Wade, the landmark case for abortion rights.

Questions remain about how public officials and regulators will ensure everyone from the company’s top investors to the subcontractor who paves the parking lot is aboveboard.

Chicago mayor’s race 2023 lineup: Who is in, who is out, who is undecided

The race for Chicago mayor in 2023 is shaping up to be hotly contested. Here's what we know so far.

"It is a profound form of love ... to sacrifice one's life in order to save the life of a complete stranger."

Miss the eclipse? Here's video of the Super Blood Moon from all over South America

Miss the eclipse? Here's video of the Super Blood Moon from all over South America 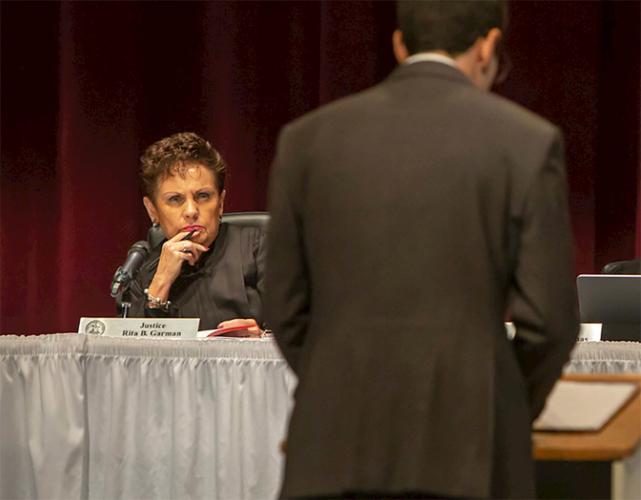 Illinois Supreme Court Justice Rita Garman listens to oral arguments being made by Assistant Appellate Defender Zachary Rosen in the People v. Morger case Sept. 18 at Lewis and Clark Community College in Godfrey during a public event held to “raise the profile of the judicial branch.” 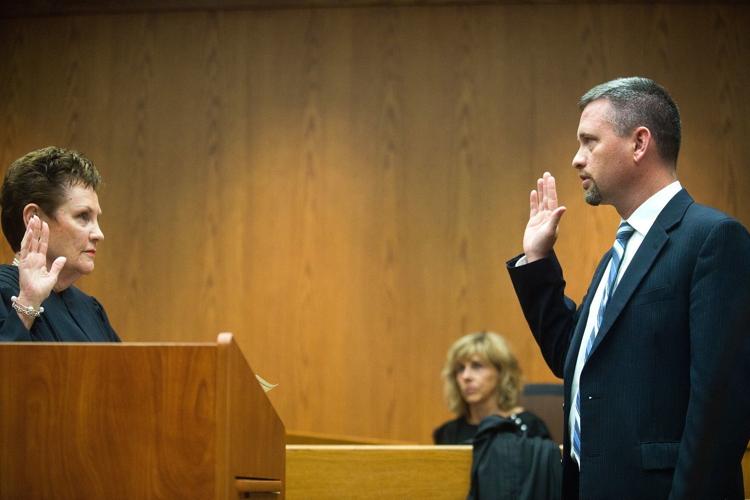